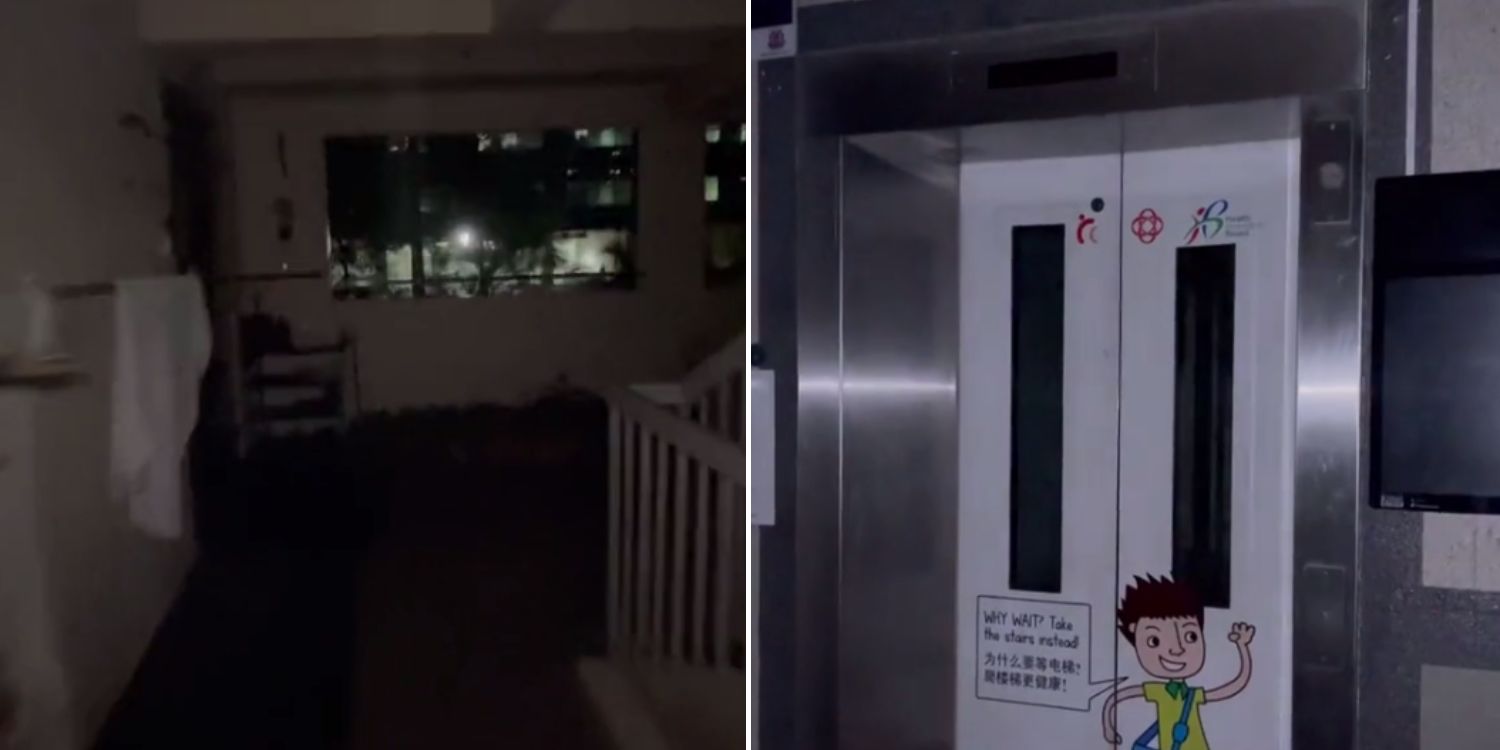 A video of the residents struggling to move around in the dark with flashlights was uploaded to TikTok.

There were also scenes of them having no choice but to climb the staircases to return home.

On Thursday (28 Sep), TikTok user @neverrreven posted a video of his experience of getting home amid a power outage at Block 546 Serangoon North Ave 3.

The one-minute video shows how eerily dark the place was, even on the first floor, when there were sources of light from other blocks.

To navigate the darkness, residents relied on their phones’ flashlight function to light up their surroundings.

The OP then shows the state of the lifts, with both of them out of commission.

Even though the elevator cab was lit up, the LED screen showed the words, “Block 00000”.

As the blackout occurred around 9pm, the OP wondered how this would affect those yet to return home.

Even though it was relatively easy for him to get home as he lives in a mid-floor unit, he mused that the same couldn’t be said for an elderly person living on the upper floors.

OP also likened the experience of walking up the stairs to walking around the defunct Changi Hospital.

Upon reaching home, the OP showed how scary his unit looked as he peered into it from the front door.

In response to MS News‘ queries, a spokesperson from the Ang Mo Kio Town Council said they were alerted to the power outage affecting corridor lights of Block 546 Serangoon North Ave 3 at around 9.15pm on 28 Sep.

Staff were deployed to attend to the matter immediately.

“We investigated and found that a short-circuit by one of the lights had caused a power trip at the switch room, which affected the corridor lights of the whole block,” said the spokesperson.

The fault was rectified, and the power supply was back two hours later, at about 11.17pm.

“We apologise for any inconvenience to the residents and thank them for their support and understanding,” she said.