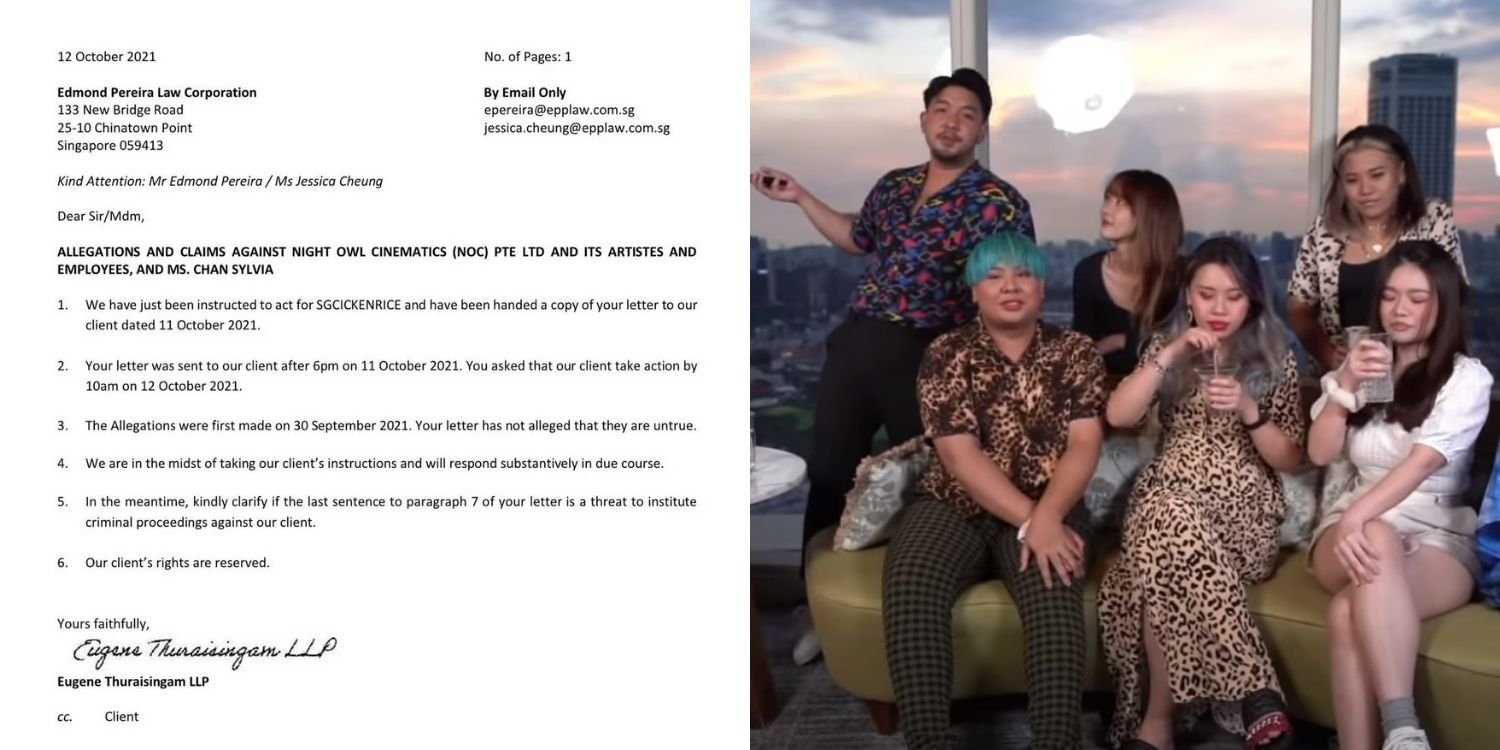 The company later issued a lawyer’s letter to SGcickenrice demanding that they cease and desist from making claims about NOC.

On Tuesday (12 Oct), SGcickenrice updated that they have hired a lawyer to represent them.

They also shared a lawyer’s letter that has been sent to NOC’s representatives. The letter acknowledged that NOC’s representatives have asked SGcickenrice to stop making allegations about the company by 10am on 12 Oct.

It noted that the Instagram page first made the allegations on 30 Sep.

However, the letter highlighted that NOC had not made any claims that the allegations are untrue.

SGcickenrice’s lawyer also sought to clarify if part of the lawyer’s letter their client had received was a threat to institute criminal proceedings against them.

The sentence in question from NOC’s lawyer’s letter reads, “We also have our Client’s firm instructions to lodge complaint(s) to the relevant authorities on your conduct, if required”.

SGcickenrice hopes justice will be served

In their post, SGcickenrice thanked the public for their support. They also asked that all media queries be directed to their lawyer.

After news broke about NOC’s issuance of a lawyer’s letter to SGcickenrice yesterday (11 Oct), they said in an Instagram story that they were seeking help.

While they are unable to set up a public funding page, they welcomed those with the means to help in other ways. 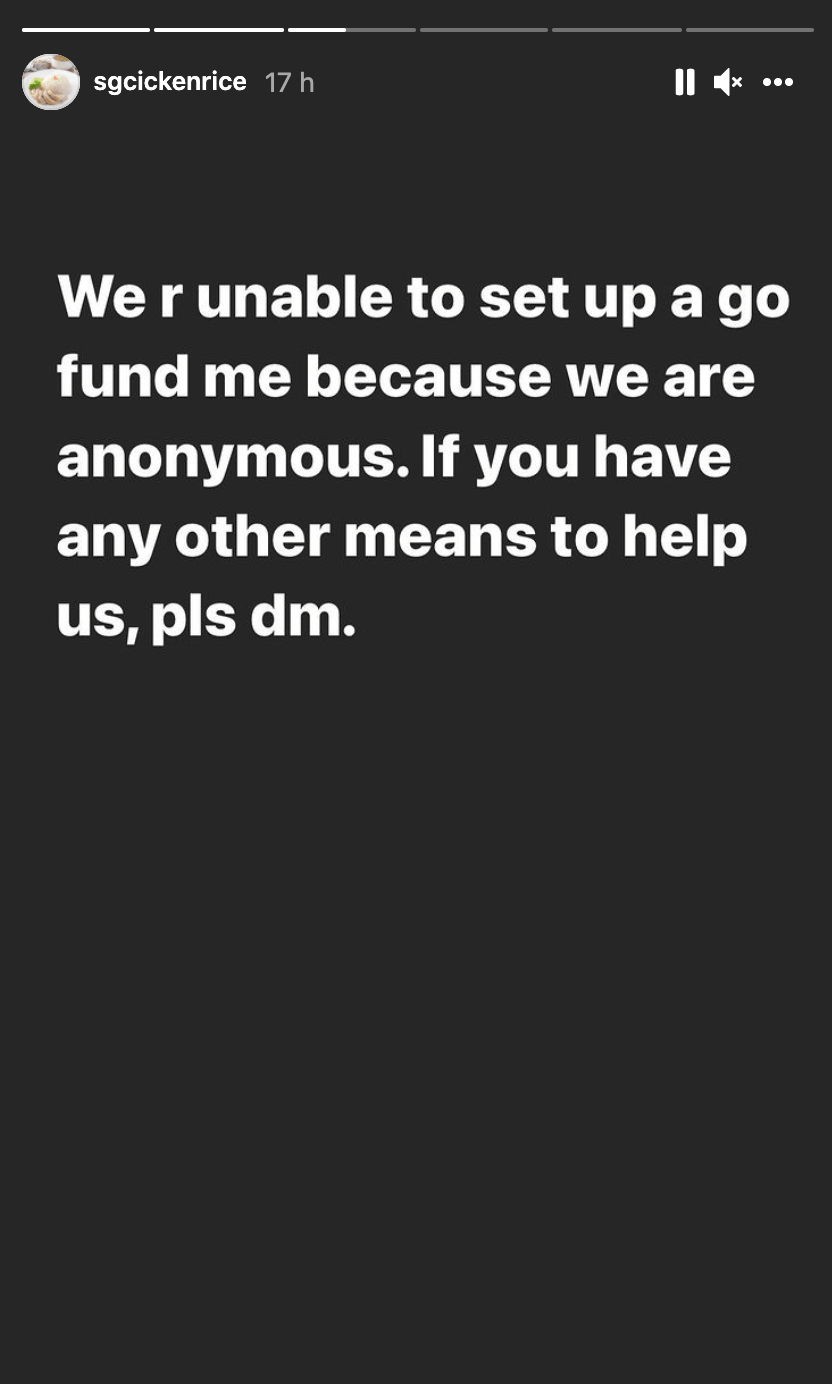 Following that, SGcickenrice expressed their appreciation for the overwhelming support they received. They said that at the end of the day, they hope that justice will be served.

NOC saga started when SGcickenrice made allegations about Sylvia

The rumours gained traction on 7 Oct when they shared screenshots of messages and alleged audio recordings of Sylvia.

The most damning part of the recording allegedly captured Sylvia describing an employee as a “b*tch who’s f*cking dumb”.

On Monday (11 Oct), NOC broke their silence on the issue, releasing a 4-page statement claiming SGcickenrice’s allegations were made to harm the company’s reputation.

The statement also wrote that they believe in “fighting malice with the truth” and that their lawyers were reviewing the case.

Following that, NOC’s lawyers issued a letter to SGcickenrice on 11 Oct. The Instagram page then promptly removed all posts except the lawyer’s letter.

However, at the time of writing, their 7 Oct post with Sylvia’s alleged message receipts and audio recording was back up.

While the saga’s progress is certainly keeping us at the edge of our seats, the question of whether the allegations are true remains.

What we do know for sure is that the saga looks like it is set to continue.

What do you think of the issue thus far? Share your thoughts with us in the comments.