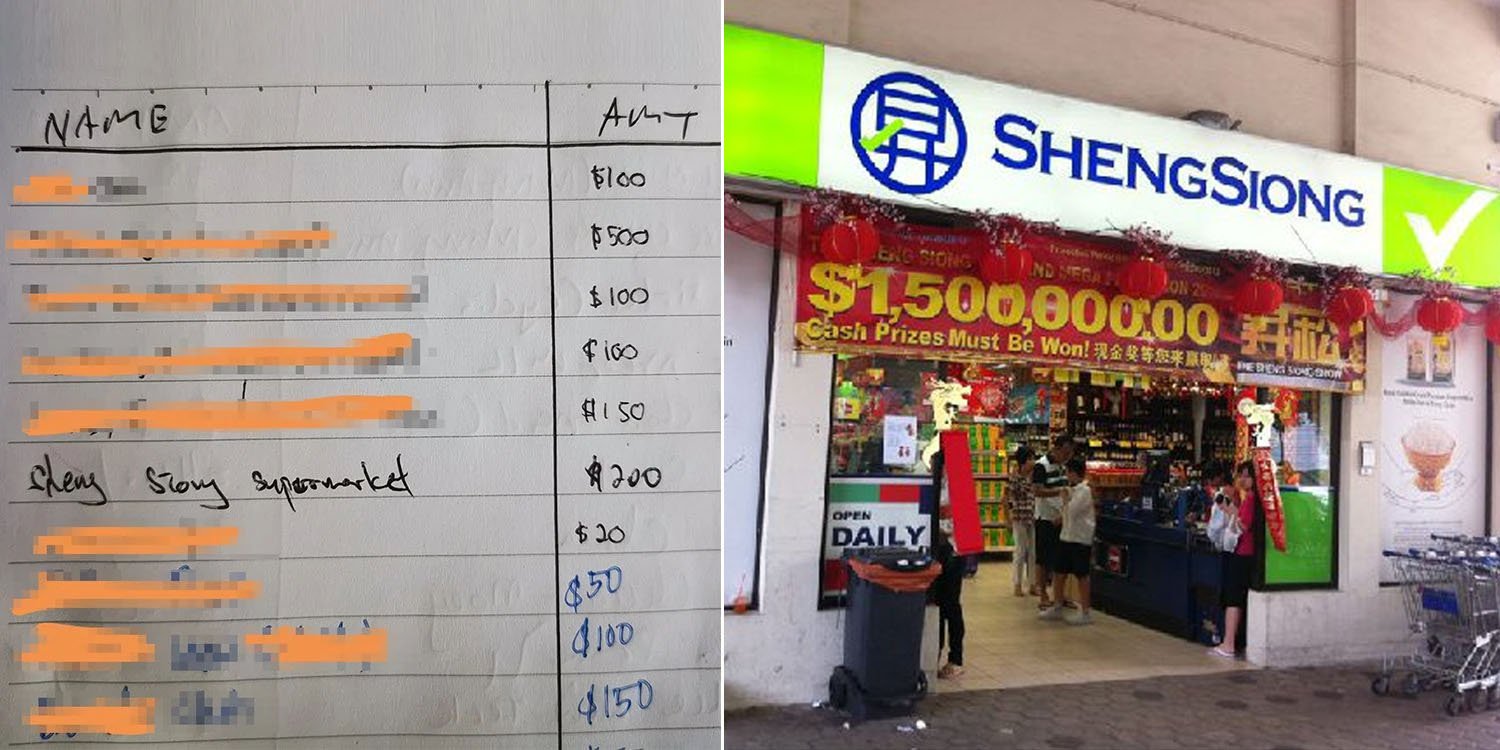 He quietly slipped $200 into the box.

There are many ways to show our support for the community as we exit the Circuit Breaker and a local supermarket chain has done exactly that — in a quiet but meaningful fashion.

A netizen named Mr Caleb Low described an encounter with a surprising visitor who turned up at his family’s heartland wake in a post on Monday (1 Jun).

Here’s his account in full. We summarise how the incident fully restores our faith in humanity below. 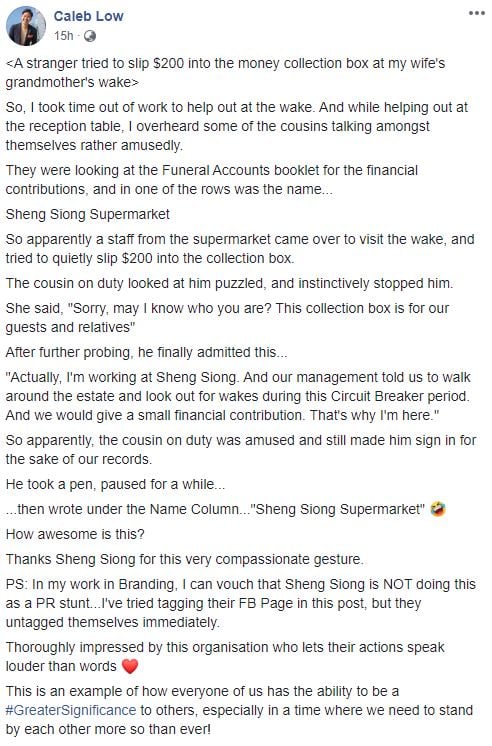 Stranger turns up at heartland wake

Mr Low began his post by sharing he decided to help out at his wife’s grandmother’s wake after work.

That was when he heard his cousins chatting animatedly among themselves.

They had discovered that their funeral collection box registry booklet had an entry listed under ‘Sheng Siong Supermarket’.

Slipping $200 into the box in a quiet gesture

Turns out, a staff from the supermarket had paid a visit earlier.

At some point, he had tried to “quietly slip $200” as a contribution to cover the costs of the wake.

Mr Low’s cousin – who was manning the booth – felt puzzled and decided to stop him as she didn’t recognise him as an invited guest or relative.

Probing for his identity, the stranger shared that he was working at Sheng Siong.

Our management told us to walk around the estate & look out for wakes…to give a small financial contribution. That’s why I’m here.

After accepting the $200 token of goodwill, Mr Low’s cousin requested that the staff member log down his contribution. 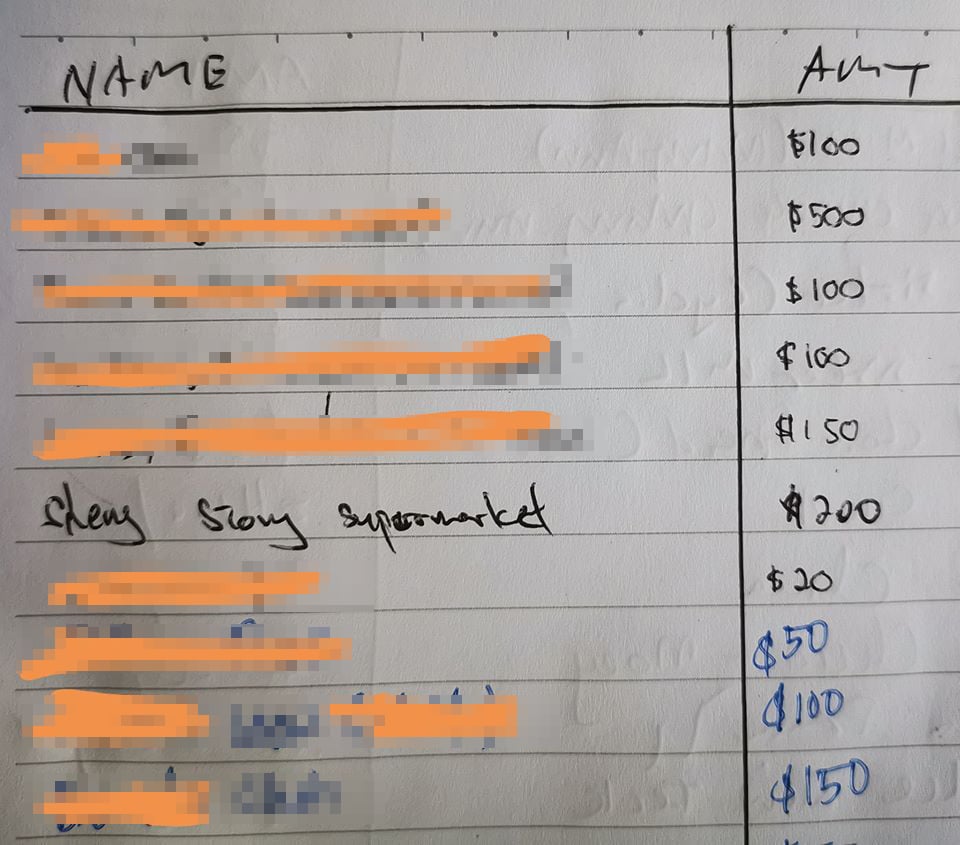 The man grabbed a pen – pausing to consider what to write – before adding ‘Sheng Siong Supermarket’ in the column for contributor’s names.

Mr Low concluded his post by addressing netizens who asked if this was a ‘sponsored’ move or PR stunt.

He shared that he could vouch that Sheng Siong didn’t wish to seek recognition as he attempted to tag them in his Facebook post — but they had “untagged themselves immediately”.

His family was also thankful for the thoughtfulness displayed by the staff member & organisation.

Letting our actions speak for themselves

This is an inspiring story that teaches us the value of sincerity & showing compassion to families who were unable to hold regular wakes due to Covid-19 regulations.

The best way to show that we care as a nation is to let our actions speak for themselves.

By observing social distancing rules in our heartlands, and taking ample precautions to keep ourselves & our loved ones safe, we’ll be able to overcome any obstacle together.

We extend our condolences to Mr Low’s family in their time of bereavement.