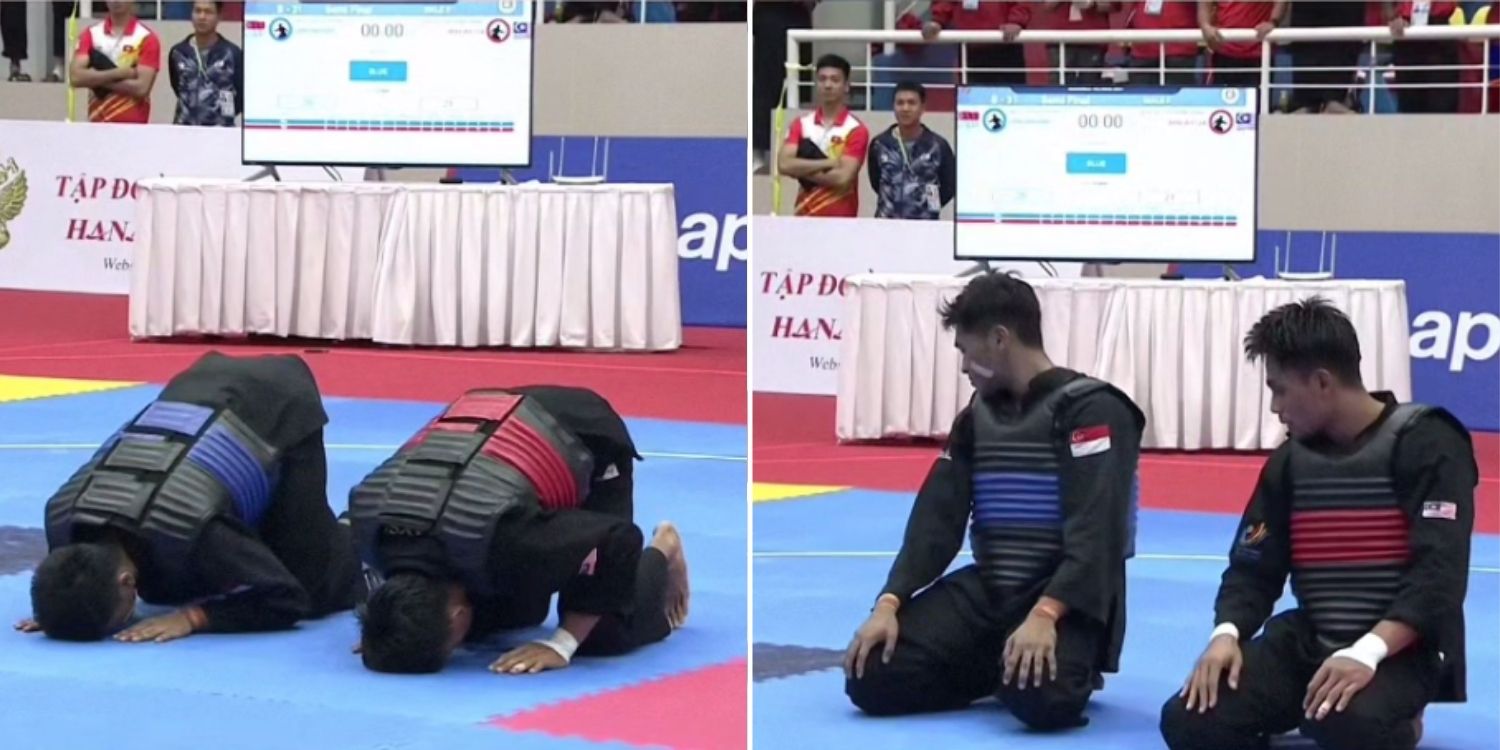 Humble in victory, gracious in defeat.

During high-level competitions, tempers can flare, and tensions can run high. However, there are also moments where we get to witness acts of class and true sportsmanship.

While it isn’t exactly uncommon to see athletes embrace each other after a game, two SEA Games silat competitors went the extra mile after their semi-final clash on 15 May.

After the match ended and the winner was declared, they performed an act of gratitude known as “sujud syukur”.

The peaceful gesture has its roots in Islam and is a way of expressing gratitude to God.

The pair was clearly emotional, and considering their reactions, those who didn’t follow the match would have no way of telling who won.

While it would be understandable for Jufferi to be upset, the manner in which he took the defeat was incredibly heartwarming.

Applauding his Singaporean opponent, he approached Raazaq and embraced him.

Jufferi then took a moment to speak to Raazaq, likely congratulating him or commending him on his skills.

After he was done, Jufferi lifted Raazaq’s arm in victory. Raazaq then lifted Jufferi’s arm as well, directing the audience to the Malaysian competitor.

As the audience gave them a well-deserved standing ovation, the pair then prostrated themselves to perform the “sujud syukur”.

They performed the gestures almost perfectly in sync before heading back to their respective camps.

It’s been a difficult time for Jufferi. New Straits Times reports that he sustained a shoulder injury in the quarter-finals that may lead to his early retirement from silat.

Although Raazaq went on to the final, he eventually lost to his Vietnamese counterpart and walked away with a silver medal.

Humble in victory, gracious in defeat

The ending to their fight perfectly encapsulates the phrase “humble in victory, gracious in defeat”.

Although both Jufferi and Raazaq didn’t go all the way to snag the gold, they managed to win hearts with their inspiring display of sportsmanship.

And that, we think, is more valuable than all the medals in the world.