S’pore Civil Servants To Get Bigger Mid-Year Bonus, Additional One-Time Payment For Some Those in junior grades will also get a S$400 boost.

When Singapore’s economy was affected during the height of the pandemic in 2020, civil servants had to forego their bonus.

However, the situation is deemed to be improving and returning close to normal.

Thus, they will now enjoy a mid-year bonus of 0.35 months this year — bigger than last year’s. Some of them will also get additional one-time payments of of either S$200 or S$400.

All civil servants get mid-year bonus in 2022

In a press release on Monday (20 Jun), the Public Service Division (PSD) said all civil servants will get a mid-year Annual Variable Component (AVC) in 2022.

This bonus will amount to 0.35 months of their salary.

The Government’s decision was taken in close consultation with public-sector unions, they added.

Additional one-time payment for some

While the bonus applies to all civil servants, some of them will also receive a one-time payment on top of that.

The windfall will be twice as much for civil servants in junior grades (MX15, MX16 and equivalent) and those in OSS Grades III to V — they’ll get S$400. 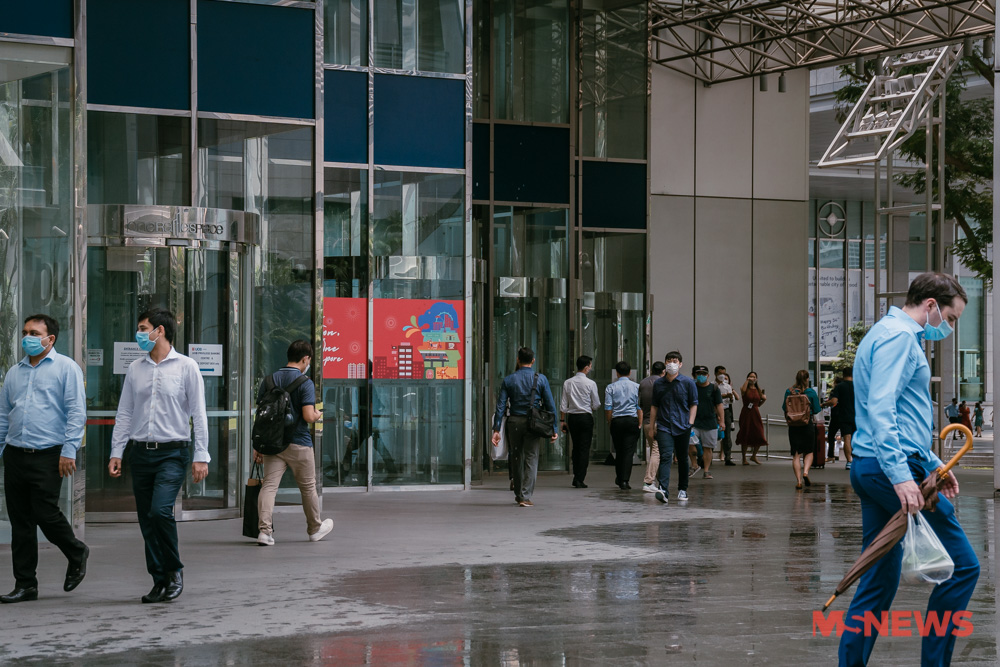 This because PSD is “taking a progressive approach to the mid-year payment”.

The bonus takes into consideration that Singapore’s gross domestic product (GDP) growth this year is forecast to be “3.0% to 5.0%”.

However, the  Ministry of Trade and Industry (MTI) also stated that this growth should come in “at the lower half of the forecast range”.

This is due to economic uncertainties caused partly by the Russia-Ukraine conflict. The war has made global supply disruptions worse and stymied the growth of many economies.

Thus, the external demand outlook for 2022 has deteriorated, and Singapore faces “significant downside risks” in the future.

There’s good news also, PSD said, as Singapore’s economy expanded by 3.7% on a year-on-year basis in the first three months of 2022.

That followed our economic recovery that started in 2021. In Feb, jobless rates also declined to levels seen before the pandemic, continuing a trend of expanding total employment.

The PSD also described the local Covid-19 situation has having “stabilised”, including the lifting of border restrictions since the end of Mar.

Moving forward, the Government will take into account the National Wages Council guidelines when deciding on the year-end AVC.

The guidelines will be released later this year.

They will also continue to monitor the economic situation closely.

The hard work and perseverance of all public officers who’ve contributed towards fighting Covid-19 and the economic recovery is deeply appreciated, the PSD said.

As the crisis has only shown how important a strong Public Service is, the

Civil servants bonus has gone up

However, it’s much better than the zilch they got in the middle of 2020, when we were still in the throes of Covid-19.

Of course, this will put a bigger smile on the faces of those who will already be getting a pay rise on 1 Aug.

At the end of 2021, civil servants were given a 1-month bonus, so perhaps they can look forward to more at the end of this year.

Hope it’s a sign of better things to come

The bigger bonuses will be great news for civil servants, many of whom served as frontline workers during the pandemic.

As our economy recovers, it’s only fitting they get rewarded for their sacrifices that kept Singapore running.

It’s surely a definite sigh of brighter days to come as we finally emerge from the shadows of Covid-19.