Must Share News – Independent News For Singaporeans
Home People S’pore Couple In Their 90s Married For Over 75 Years, Even Survived... 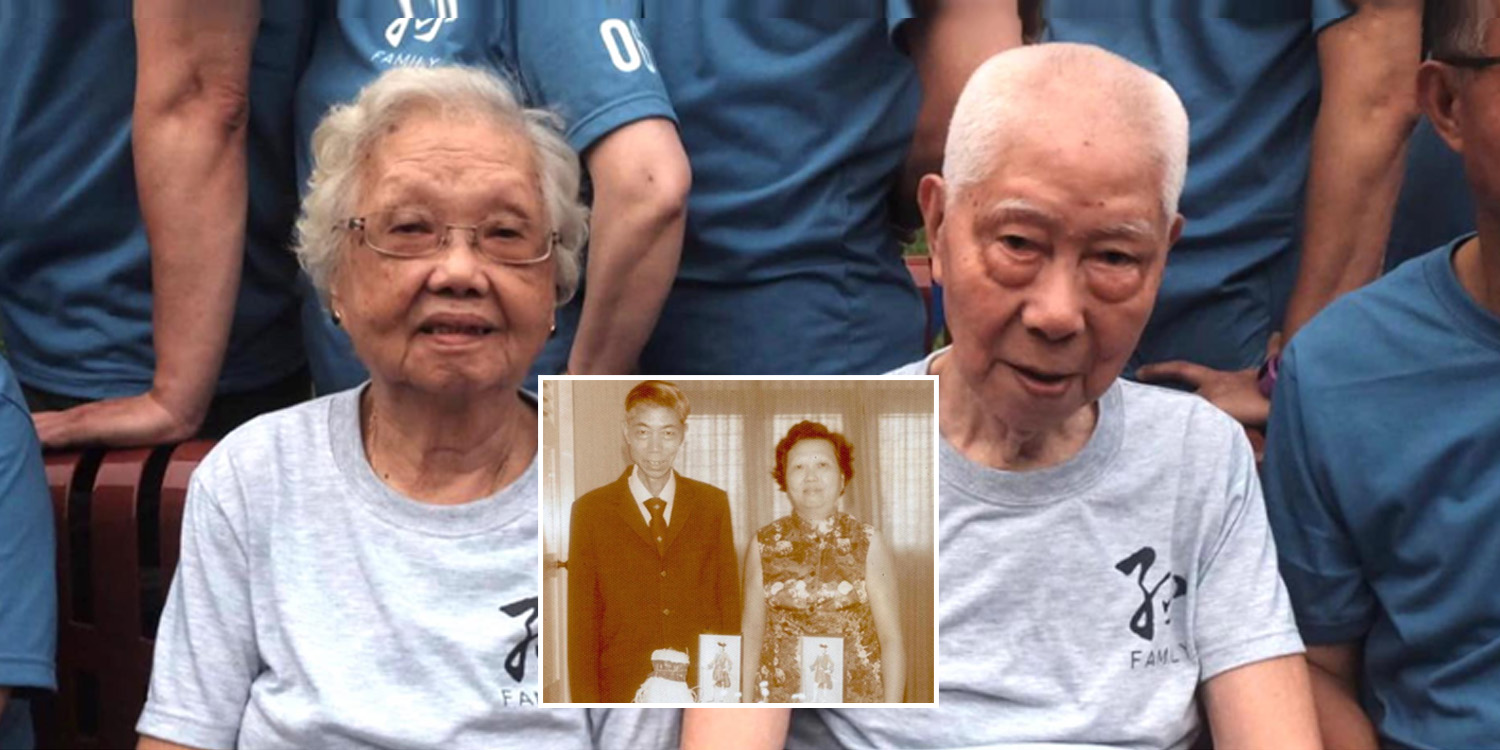 In today’s society, love and relationships can be rather fleeting. So, when you find a significant other who makes you believe in the term ‘soulmate’, hold on to the person like you would your dreams.

Because with the right person, love can be eternal.

The story of a couple in their 90s, recently celebrating over 75 years of marriage, makes us believe in true love. President Halimah Yacob posted about them on Facebook yesterday (28 Nov). 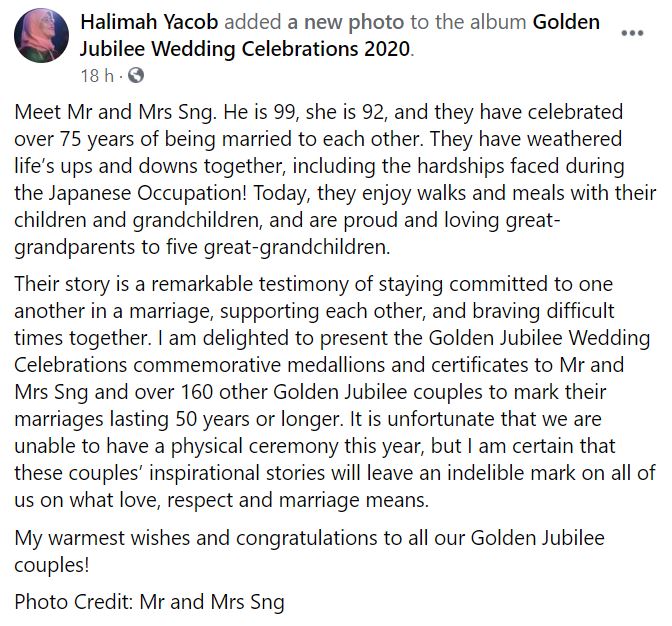 She congratulated the couple after presenting them with the Golden Jubilee Wedding Celebrations commemorative medallions and certificates.

Couple in their 90s weathered life’s ups & downs together

In her post, President Halimah introduced us to Mr and Mrs Sng, who are aged 99 and 92 respectively. 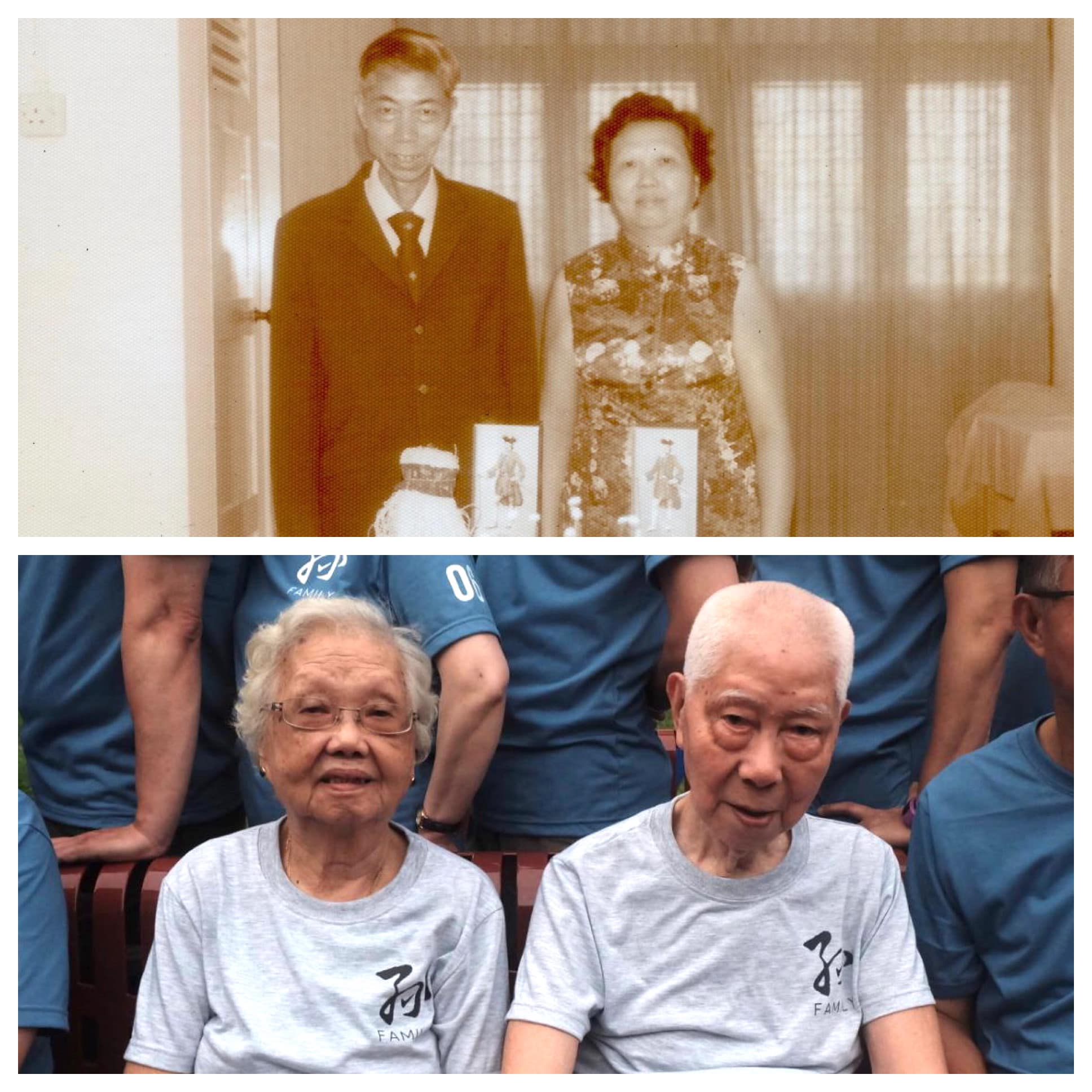 Having celebrated over 75 glorious years of matrimony, this would mean that they were around 24 and 17 years old when they tied the knot.

President Halimah shared that they have gone through life’s ups and downs together, including the challenging war-torn life during the Japanese Occupation.

In a stark contrast to their younger days, they now get to enjoy walks and meals together, with children and grandchildren lighting up their days with joy and warmth.

Today, they are even proud and loving great-grandparents to 5 great-grandchildren.

Their story is a remarkable testimony of staying committed to one another in a marriage, supporting each other, and braving difficult times together.

As such, she was delighted to present the Golden Jubilee Wedding Celebrations commemorative medallions and certificates to Mr and Mrs Sng.

Among 160 couples celebrating over 50 years’ marriage

Mr and Mrs Sng were among 160 other couples who celebrated over 50 years’ marriage recently.

The Golden Jubilee Wedding Celebrations has been an annual event since 2018, and is part of The Registry of Civil Marriages and the Registry of Muslim Marriages’ efforts to celebrate couples who have been married for 50 years and above in Singapore. 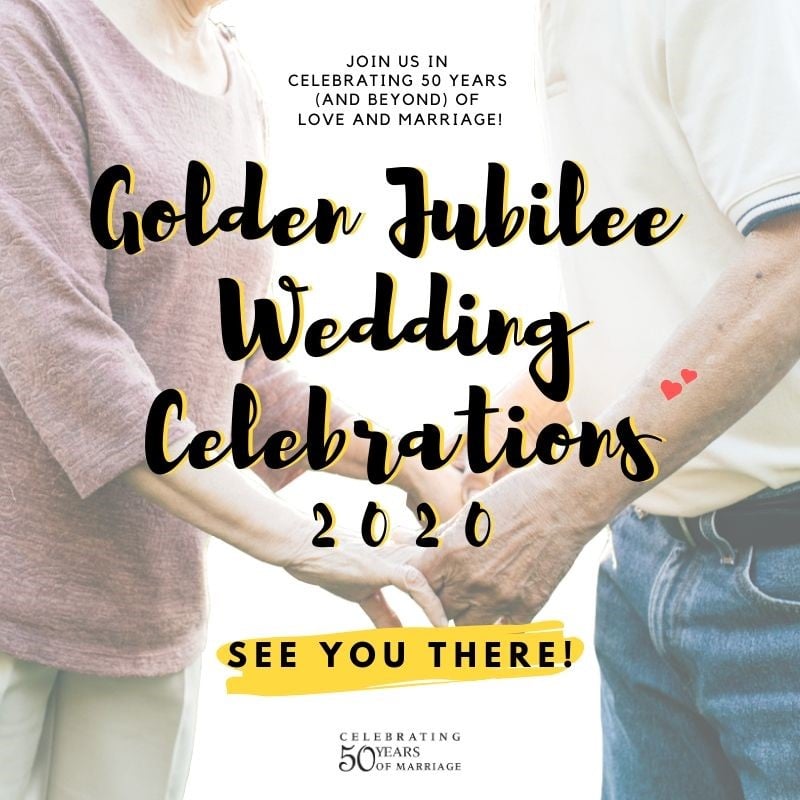 During celebrations, eligible couples will also get the chance to renew their commitment to one another in a “renewal-of-commitment” ceremony.

There was no physical ceremony this year, according to President Halimah. But she was certain that these couples’ love stories will inspire Singaporeans to truly learn about what it takes to have a successful, lasting marriage.

Our heartiest congratulations to Mr and Mrs Sng, as well as the other 159 couples who marked their marriages at this year’s event.

While it’s amazing that they had been married for almost 8 decades, what’s perhaps even more remarkable is the fact that both of them remain in good health despite their age.

We hope they’ll be able to inspire many couples to thrive and live well in their silver years, filled with everlasting happiness.