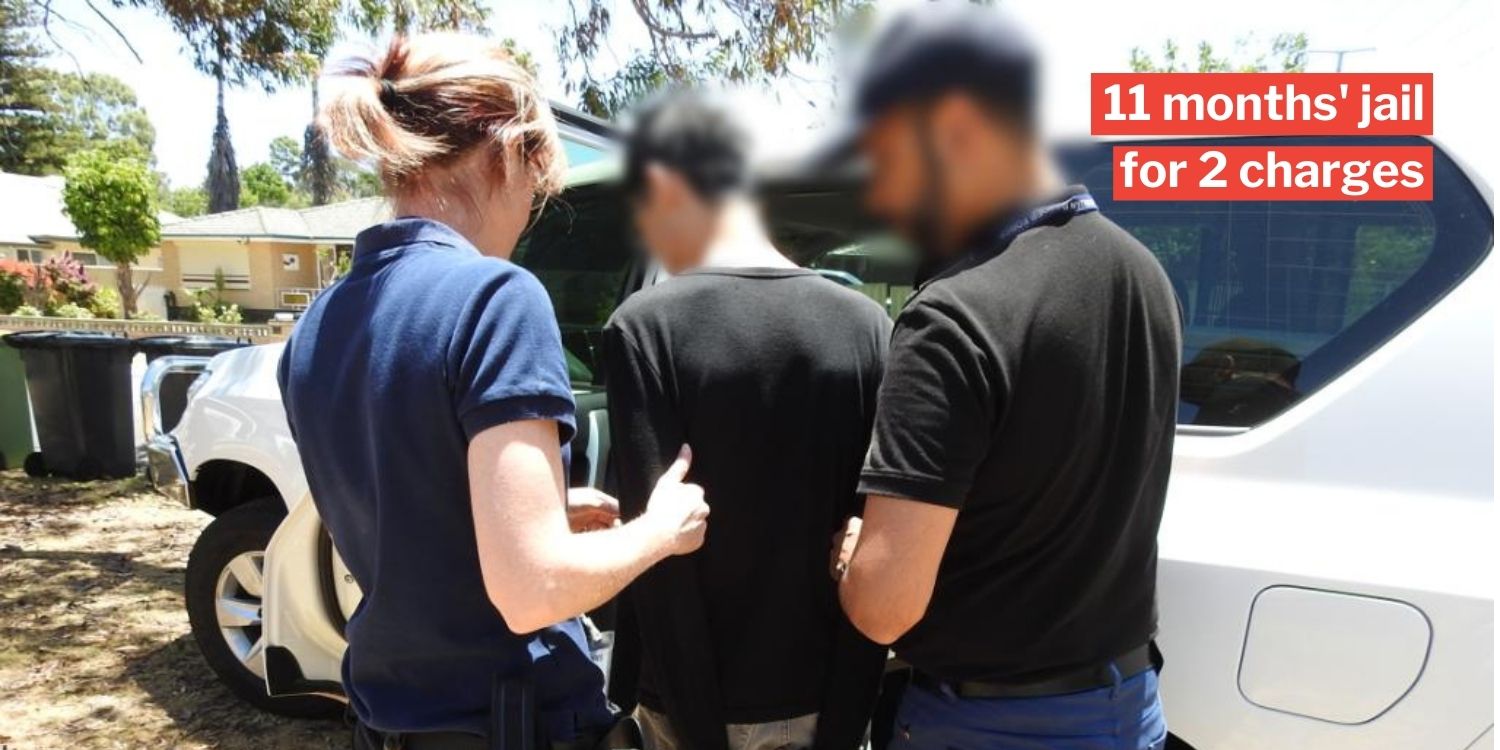 When Singaporeans go overseas to study, their parents may warn them to study hard instead of partying and not to bring back an ang moh boyfriend/girlfriend.

But for 1 Singaporean, his parents should have given him a particular piece of advice: Don’t import “child-like” sex dolls.

For doing so, the 27-year-old man was arrested and sentenced to 11 months’ jail.

He’ll also be put on the Sex Offenders Register, and his studies may even be in jeopardy as he might be deported.

Doll ordered from China, was to be sent to Perth residence

In a joint media release, the Australian Border Force (ABF) and Australian Federal Police (AFP) said the unnamed Singaporean was living in Perth on a student visa.

He had ordered the sex doll online from China, to be delivered to his residence in Beckenham, a suburb of Perth.

However, on 24 Dec 2019, the delivery was intercepted by ABF officers at a air cargo depot.

They X-rayed the parcel, and discovered that it contained a female sex doll made of silicone, according to a previous media release.

Sex doll deemed to be ‘child-like’

To some people, such an item may seem innocuous. But not so to the Australians.

No image was provided of the sex doll, but they deemed it to be “child-like”.

ABF said its officers have been seizing more child-like sex dolls via mail and cargo, and they’re determined to prevent them from coming into Australia.

Thus, in 2019, Australia amended its Criminal Code to criminalise the possession of a child‑like sex doll and use a postal service to send one.

Since the doll the Singaporean ordered was child-like, that means it falls under the category of Tier 2 goods.

Under Australia’s Customs Act 1901, “items of child abuse material” are in this tier.

These items are forbidden from being imported into the country under the law.

Since they had verifiable proof that somebody ordered a prohibited item to be sent to an Australian address, a search warrant was issued on the Singaporean’s residence.

The ABF searched his place on 9 Jan 2020, and seized his handphone, computer tower, laptop and hard drive.

They also arrested him.

The devices were examined by the Australian Federal Police (AFP), and child abuse material was found.

The Singaporean appeared at the Perth Magistrates Court on 17 Jan 2020.

He pleaded guilty to 2 charges:

Sentenced to jail, but released on good behaviour

On 19 Feb, he was sentenced to serve 11 months’ jail for both offences concurrently.

However, he was then released on a 2-year good behaviour bond.

Unfortunately for him, the judge ordered something worse than jail for him – he’ll be placed on the Sex Offenders Register.

That means he’ll be monitored by the police even after serving his sentence.

Worse still, the Singaporean’s future in Australia is under jeopardy.

The statement said that Australia’s government is serious in protecting the communuity from risk or harm posed by non-citizens who commit crimes.

Thus, since he’s been convicted, they will review his immigration status.

The statement implied that his student visa may be cancelled.

If that happens, he may be deported from the country, which means his studies, if he’s still enrolled, may not be able to continue.

Child abuse is no laughing matter

Some may be incredulous that 1 mistake can lead to such far-ranging consequences.

However, child abuse is no laughing matter, and all Australia is doing is protecting its community from potential abusers.

In Singapore, we have laws against possessing and distributing child abuse material.

But if you’re living in another country, do read up on the prevailing laws before doing anything that might break them.