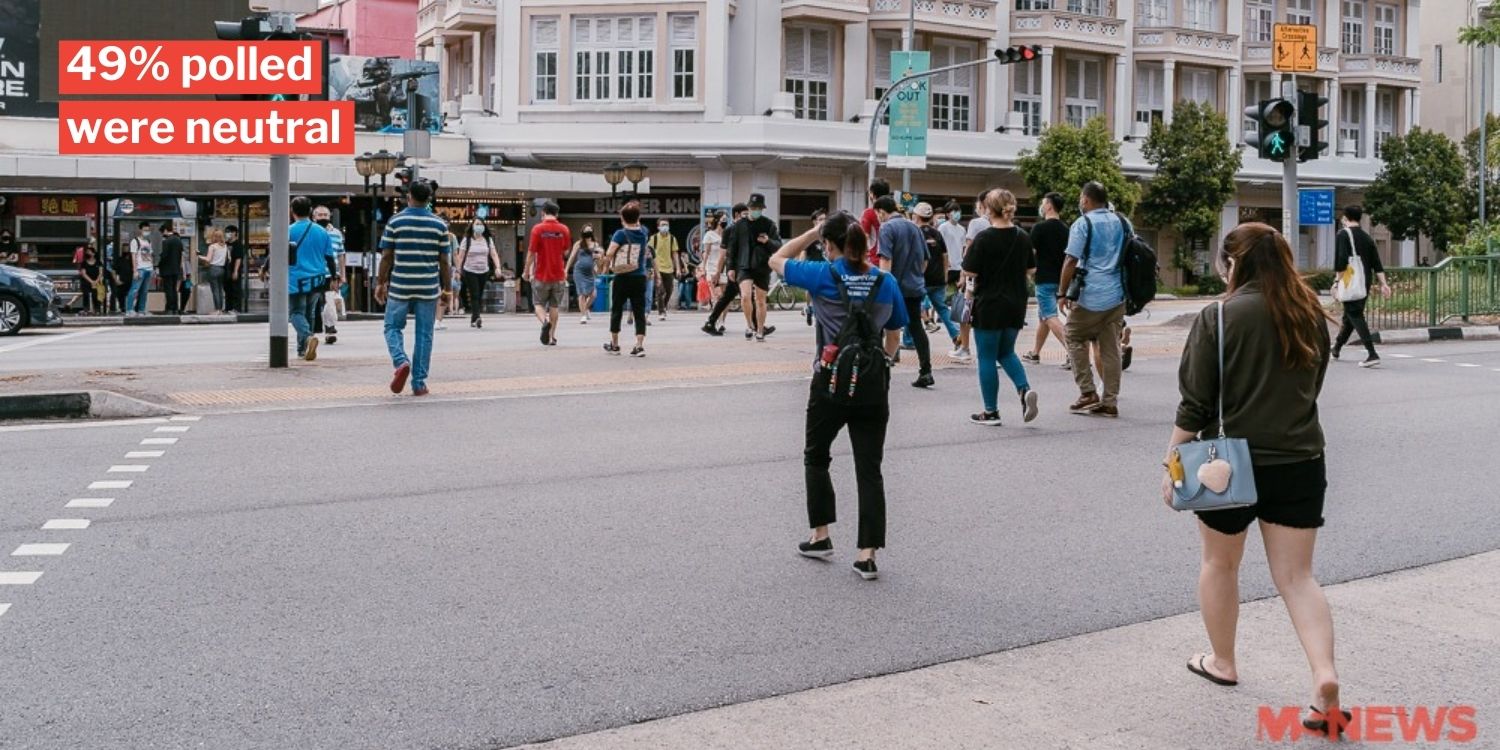 Almost Half Of Singaporeans Neutral About Foreigners In Government Survey, 35% Felt Positive

Lately, it may seem that sentiment against foreigners is increasing in Singapore.

The perception that foreigners are taking jobs from Singaporeans, as well as other negative concerns, may seen more pronounced amid the Covid-19 pandemic as Singaporeans face job uncertainty and we keep getting imported cases daily.

However, a survey conducted by the Government’s feedback unit Reach seems to have turned this perception on its head — 35% of those polled were positive towards foreigners, while only 14% were negative.

These positive feelings, though, weren’t shared as much by those who were unemployed — negative feelings towards foreigners were more common among them, especially in the area of job-related concerns. 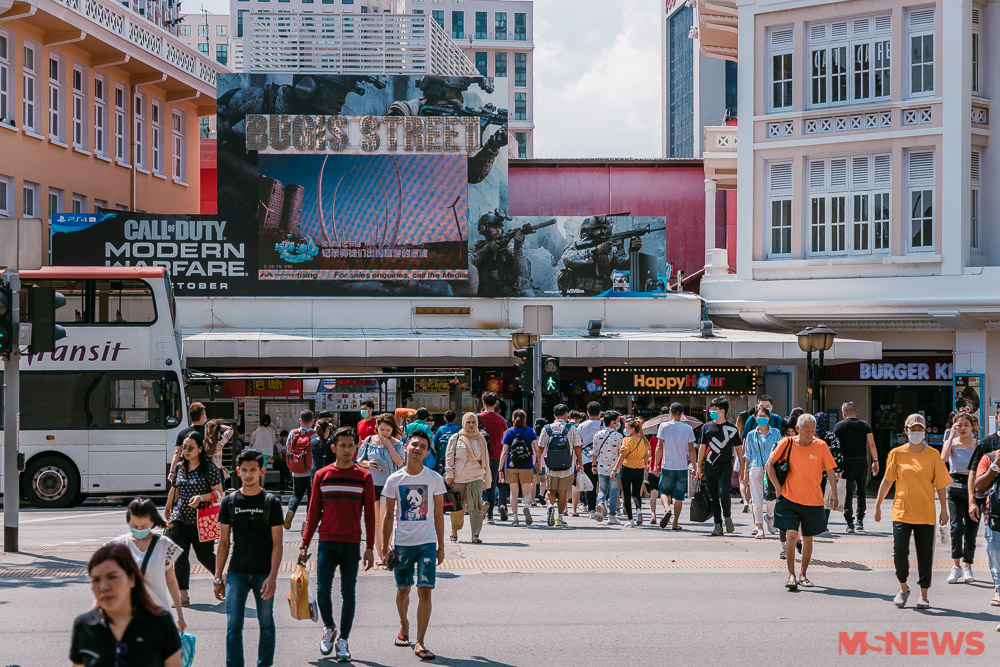 In a media release on Saturday (10 Oct), Reach said it conducted the survey in August among 3,150 Singaporeans aged above 14 years old.

While the survey was said to have randomly selected the respondents, the sample was also weighted to be demographically representative of Singapore’s population in terms
of gender, age, and race.

Respondents were sked to rate how they felt about foreigners in Singapore on a scale (Very Negative, Positive, Neutral, Positive and Very Positive, as well as Don’t Know/Not Sure).

Almost half were neutral

The breakdown of responses is as follows: Notably, 49% of respondents were neutral about foreigners, while more of them were positive than negative.

However, Reach also formulated a breakdown of respondents according to those who’re employed, unemployed and outside the workforce — meaning retirees, housewives, students and those not looking for work.

Generally, unemployed Singaporeans were the most negative towards foreigners –26% of them had negative sentiments compared with 14% of those who were employed and 12% of those outside the workforce.

However, 31% of the unemployed also had positive feelings towards foreigners — slightly more than the percentage who had negative feelings.

The breakdown for the employed and those outside the workforce were similar. Job concerns a significant cause of negativity

The results may indicate that job concerns are a significant cause of negative sentiment towards foreigners.

That was also shown when Reach asked respondents: “Can you tell me the top three things that bother you most about foreigners in Singapore?”

The replies were as such:

It’s clear that a small but significant portion of concerns were about jobs.

Reach also said that job-related concerns about foreigners were “more pronounced” among those who were unemployed. Another interesting point was that despite the job-related concerns about foreigners, the majority of the Singaporeans polled thought that the Republic should remain open to them.

Generally, 63% agreed that it’s important Singapore stays open to foreigners, while only 10% disagreed.

Unsurprisingly, fewer of those who were unemployed agreed, though those who agreed still made up a large chunk (50%), with 14% disagreeing.

The results for those who were employed and those outside the workforce were again largely similar. Respondents were also asked to choose between 2 contrasting statements: 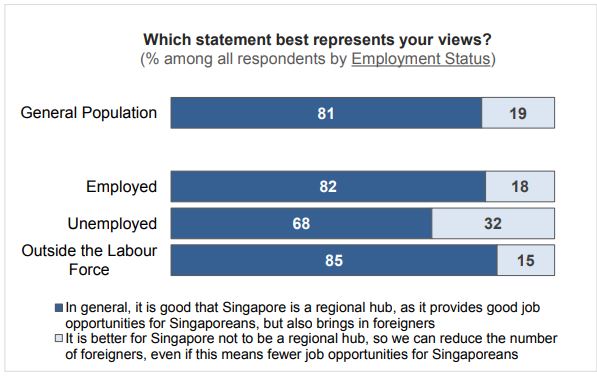 Again, those who were unemployed were less likely to approve, with a smaller majority of 68% choosing statement 1.

Reach chairman Tan Kiat How said it’s “heartening” that many Singaporeans realise we must remain open to global talent.

Mr Tan, who is also Minister of State in the Prime Minister’s Office and the Ministry of National Development, also acknowledged the job concerns among Singaporeans, saying it’s understandable amid this “difficult period”.

He also assured us that,

The Government remains committed to helping Singaporeans keep their jobs or find new ones.

S’poreans not so anti-foreigner after all?

If we take the results of Reach’s survey at face value, it looks like Singaporeans may not be an anti-foreigner as they may seem.

Perhaps online comments and opposing voices provide a distorted view of the sentiment on the ground?

However, results also show that the threat that foreigners pose to our rice bowls is still a significant area of concern.

While the Government is aware of this, and is committed to making it better, it remains to be seen whether a balance can be struck between the benefits of Singapore being a regional hub and the negative impact of an influx of foreigners on the population.