In the last few months, the portrayal and discussions around the LGBTQ+ community in Singapore have been brought under the spotlight.

From the Mediacorp saga to the City Revival Church video, it is clear the topic is a contentious one.

So when The Straits Times (ST) featured a gay couple in an article about the Singapore spirit on Thursday (6 Aug), it was unsurprisingly a hot topic amongst netizens. 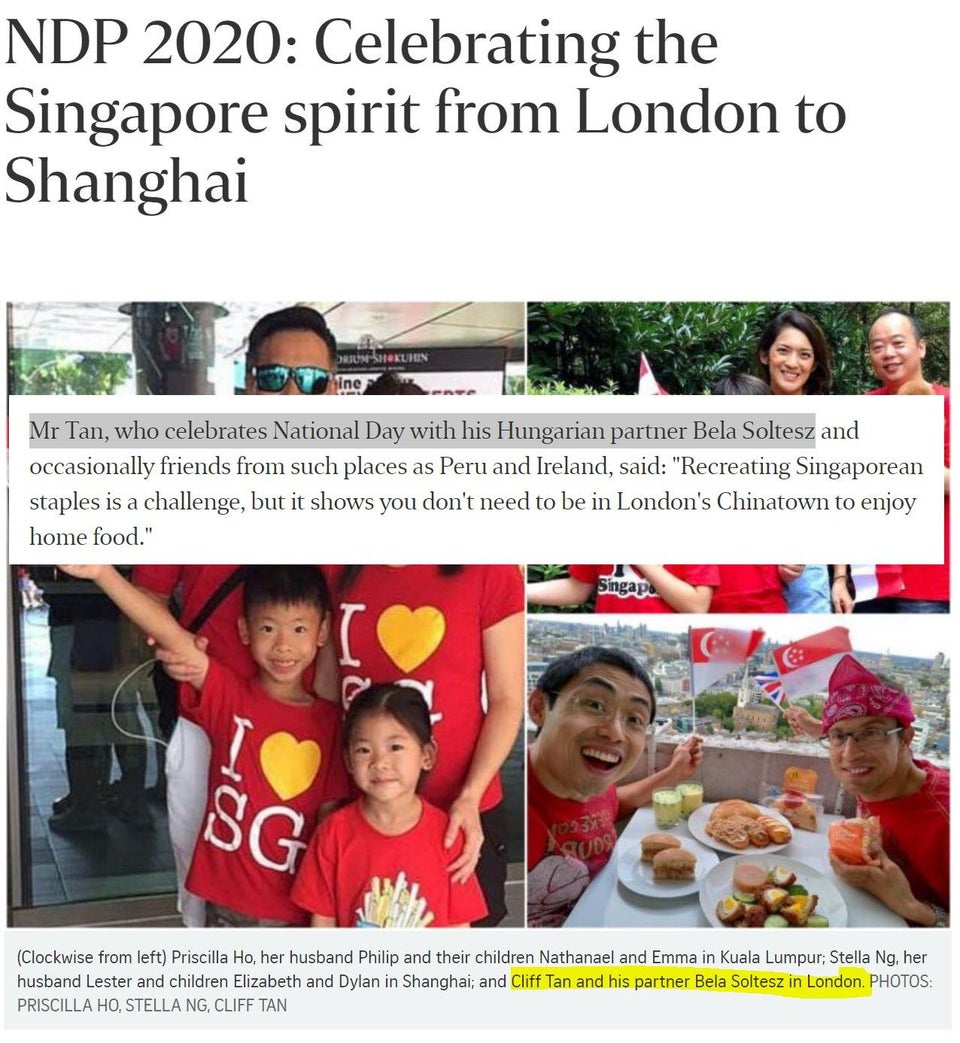 On the same day, Redditors started a thread praising ST for the move, hoping that this signals a gradual move towards a more open and diverse portrayal of the LGBTQ+ community in mainstream media.

On Thursday (6 Aug), ST ran an article featuring Singaporeans living overseas and how they plan on celebrating National Day. 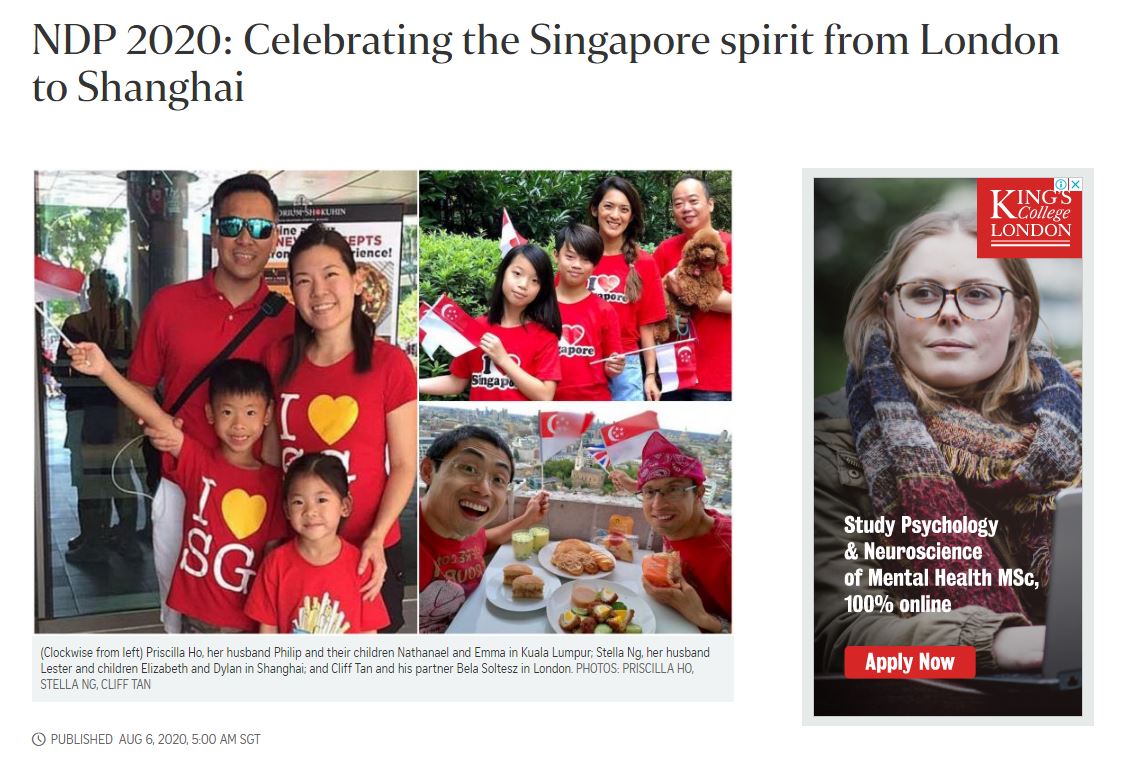 They opened the article with Mr Cliff Tan, an architect who lives in London. In the article, Mr Tan talks about how he recreates classic local dishes, like min jiang kueh. 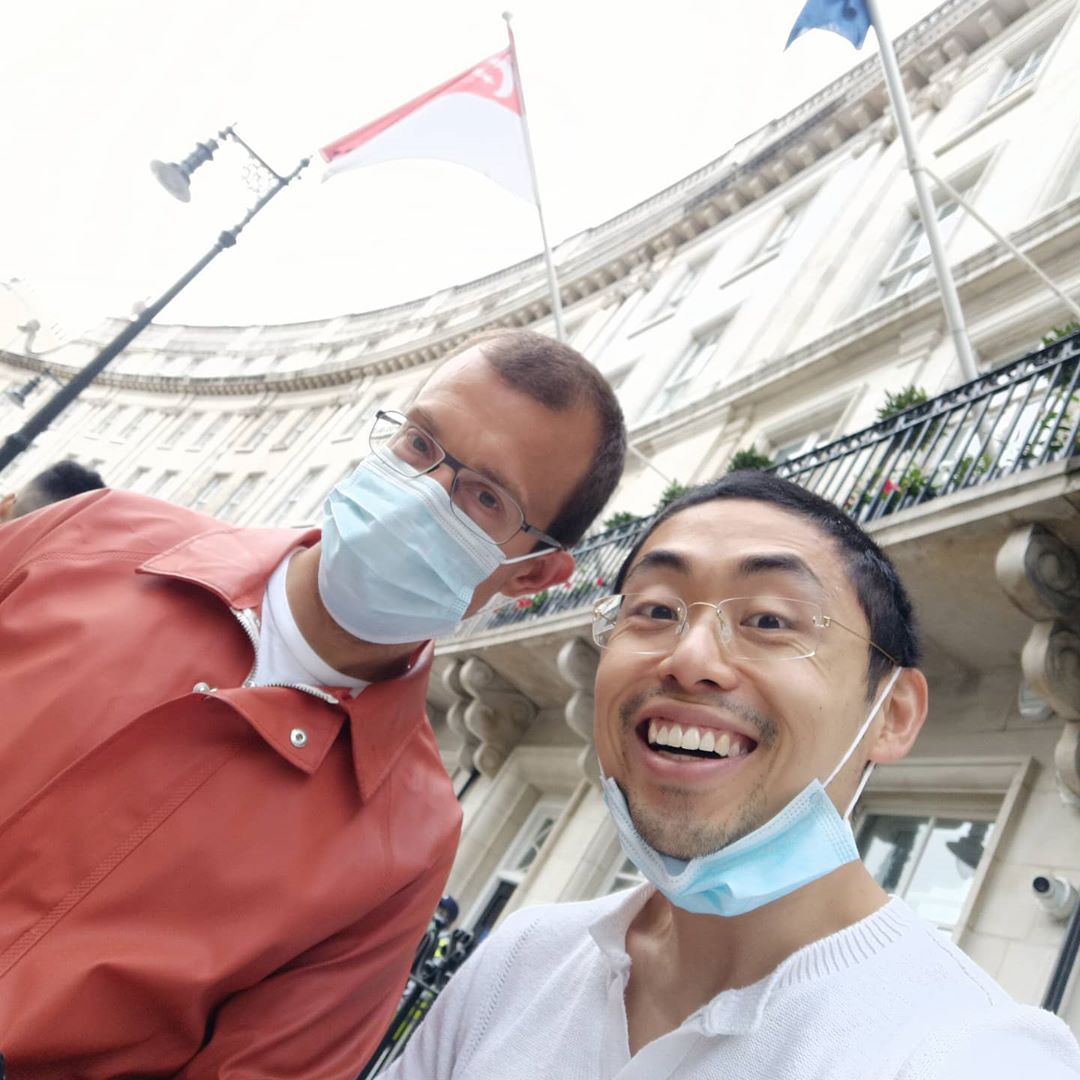 Then came the part that gripped netizens’ attention — they talk about Mr Tan celebrating National Day with his male “Hungarian partner”. They even included a picture of the 32-year-old with his partner. 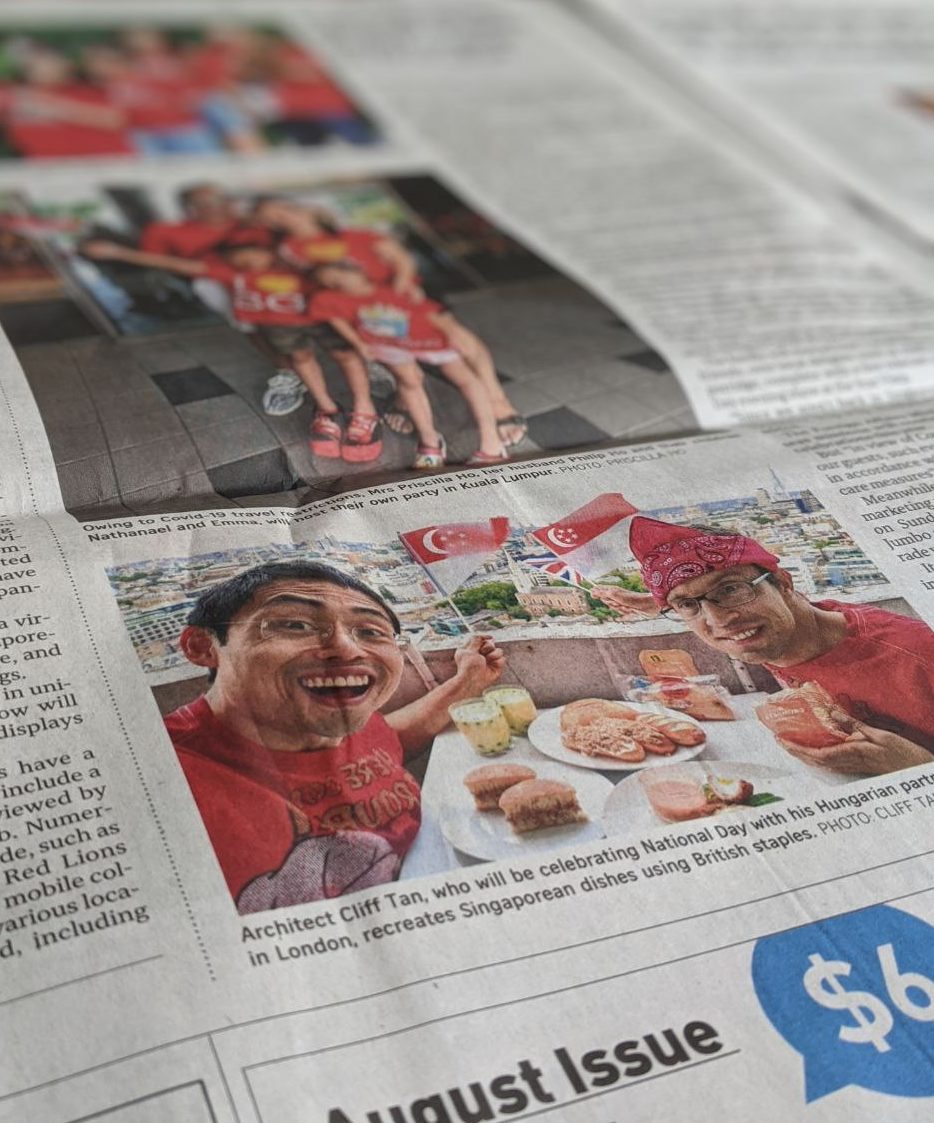 You can read the full ST article here.

An intense discussion on ST’s feature ensued on a Reddit thread titled “Did ST just feature a normal, happy gay couple? (with photos!)”. ST’s article featuring Cliff Tan and his partner came as a pleasant surprise to many.

Netizens expressed happiness that the move was an indication that ST was “subtly becoming more open”.

People agreed that the feature was a move in the right direction. This netizen even took a subtle jab at the City Revival Church saga, saying he hopes people would not get worked up about it.

Some, expecting backlash against the feature, made reference to the ‘How can this be allowed’ meme.

All in all, netizens praised ST for taking their step towards a more diverse portrayal of Singaporeans and the LGBTQ+ community.

Hopes for progress in mainstream media

The discussion online quickly moved to the progress of mainstream media.

This netizen shares that he has observed the media quietly pushing cultural boundaries in Singapore, like covering more controversial events, but they often withdraw and apologise once there’s pushback from the “zealous conservative crowd”.

He adds that this gradual progress is how the media is slowly normalising a more open culture.

Some also shared that they believe folks in the news industry actually want to see changes in social issues, but often face difficulties navigating their way.

One netizen thinks coverage on more taboo topics, such as this ST feature, needs to be praised, to signal to news agencies that this is how Singapore society wishes to progress.

From the Reddit discussion, it is evident that Singaporeans do hope for a more open and progressive newsroom moving forward.

Singaporeans have faith in ST as a media outlet, giving it the status of the fourth estate of power.

People turn to media outlets to make sense of thorny topics that affect all aspects of everyone’s lives.

Although featuring a gay couple and recognising the diversity of the human experience might seem like a small step, ST is making strides to stay in touch with the public without repressing or ostracising any groups.