They were seen smoking outside the flat beforehand.

It’s not uncommon for volunteers to visit people’s homes and ask for donations from time to time. However, to minimise disruptions to homeowners, it’s unlikely for volunteers to do so in the dead of the night.

Yet, recently, an MS News reader shared that two “student volunteers” rang his doorbell last Saturday (25 Jun) after midnight, asking for a one-time donation or “charity”.

However, the two looked to be about 20 to 30 years old and were spotted smoking and loitering around his unit later at around 1.15am.

A police report has been lodged in relation to the accident.

The MS News reader shared that two men, who looked to be in their 20s or 30s, rang his doorbell late on 25 Jun and asked for a one-time “charity” donation.

He also sent a video showing the pair loitering outside his unit – located along Hougang Street 51 – smoking, and looking around. 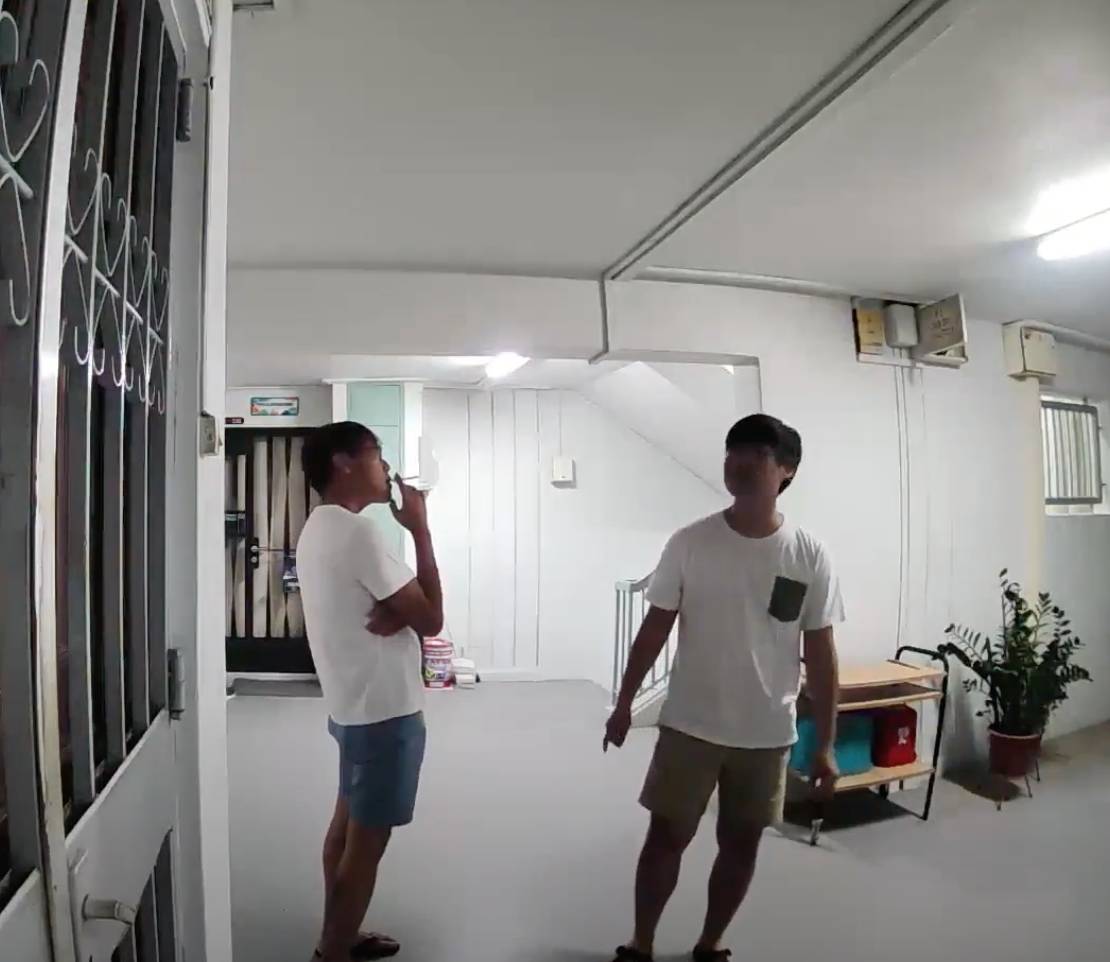 At one point, one of them pointed to the camera and walked closer to the reader’s flat.

The pair were seen leaving the scene but soon returned and rang the doorbell.

As a female occupant answered the door, one of them asked in Mandarin, “Hello, sorry about this, but we’re student volunteers”.

He then told her they were conducting a one-off donation drive.

When the occupant turned them down, the men said it was okay and she shut the door.

The CCTV footage showed the pair laughing to themselves before leaving in the opposite direction of the stairs.

According to Stomp, the resident lodged a police report over the incident as they were not convinced that the pair were student volunteers.

This is the first time I’ve seen these two men around my neighbourhood and the very first time having ‘charity’ groups visiting past midnight.

Speaking to MS News, the reader said he hopes to spread awareness about what happened so others will be more cautious and avoid falling victim to a possible scam.

We have also reached out to the Singapore Police Force (SPF) and will update the article accordingly.

It’s difficult to say for sure whether the pair were trying to scam the resident.

However, it’s extremely inconsiderate for them to ring the resident’s doorbell so late at night when there’s a high chance that they’re already in bed.

Nevertheless, we urge everyone to remain vigilant and keep a lookout for possible scams.

Hopefully, the authorities will get to the bottom of this soon and shed light on the details of this incident.