The victim was reportedly walking around alone before the incident.

Sudden deaths are shocking for the deceased’s loved ones, but also for others when they occur in public places.

On Monday (1 Aug), a 23-year-old woman fell to her death from the fourth floor of Suria KLCC, a shopping mall in Kuala Lumpur (KL), Malaysia. She was reportedly walking around by herself prior to the incident. Police investigations are currently ongoing.

Free Malaysia Today reports that security footage shows the victim walking around alone on the fourth floor of Suria KLCC before she fell.

According to New Straits Times, she then suddenly climbed onto the railing and plunged to her death at about 9.38pm.

Police received a distress call at 9.45pm and they rushed over to investigate.

Photos show officers gathering around a body that has been covered with a blanket. Authorities later set up a tent around the corpse. 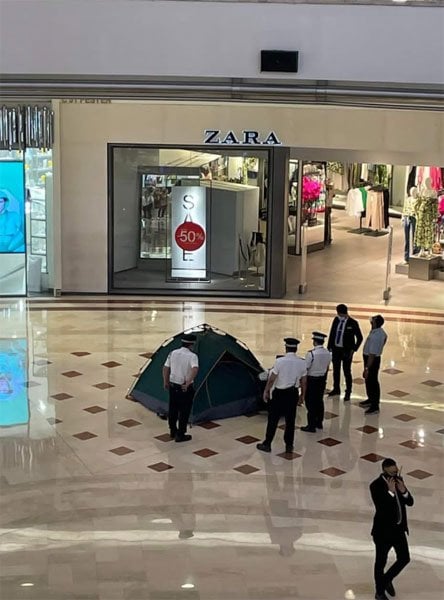 In a brief statement, Dang Wangi police chief Assistant Commissioner Noor Dellhan Yahaya shared that the victim was a 23-year-old woman who was pronounced dead at the scene.

He added that further investigations are still ongoing, Malaysiakini notes.

A representative of the mall later confirmed the “unfortunate incident”, The Star reports.

The management is working closely with the police and will give them access to all the resources they may need for the investigations.

A witness told Sin Chew Daily that he heard a loud bang when the incident happened.

When he looked toward the source of the sound, he saw a person lying on the ground. A security guard quickly stepped forward to cover the body with an orange blanket.

Several netizens are now calling for Suria KLCC to install a safety net to prevent more tragedies like this from happening.

Others also pointed out that there is a need for better mental health support in the country.

While it’s unclear what exactly drove the woman to do what she did, the topic of mental health remains an important one that needs to be addressed.

All the safety nets in the world won’t be enough if people don’t get the help and support that they need.

We offer our condolences to the family and friends of the victim. May she rest in peace.