Yesterday (8 Mar) was International Women’s Day, and many Singapore politicians and government agencies shared stories of women on Facebook.

There also happened to be a Parliament sitting that day, as the Committee of Supply (COS) debate was wrapped up.

Before making his rounding-up speech, Speaker Tan Chuan-Jin decided to lighten the mood a little by giving out roses as a token of thanks to the women in Parliament. So he amusingly asked himself permission, as Speaker, to give out the roses.

Of course, he granted it.

The COS debates are a yearly marathon that takes place after the annual Budget speech. This year, they took place over several gruelling days since 1 Mar.

So when Mr Tan stood up at the end of a 6-hour session on Monday (8 Mar), he promised that it would be “the last speech“. 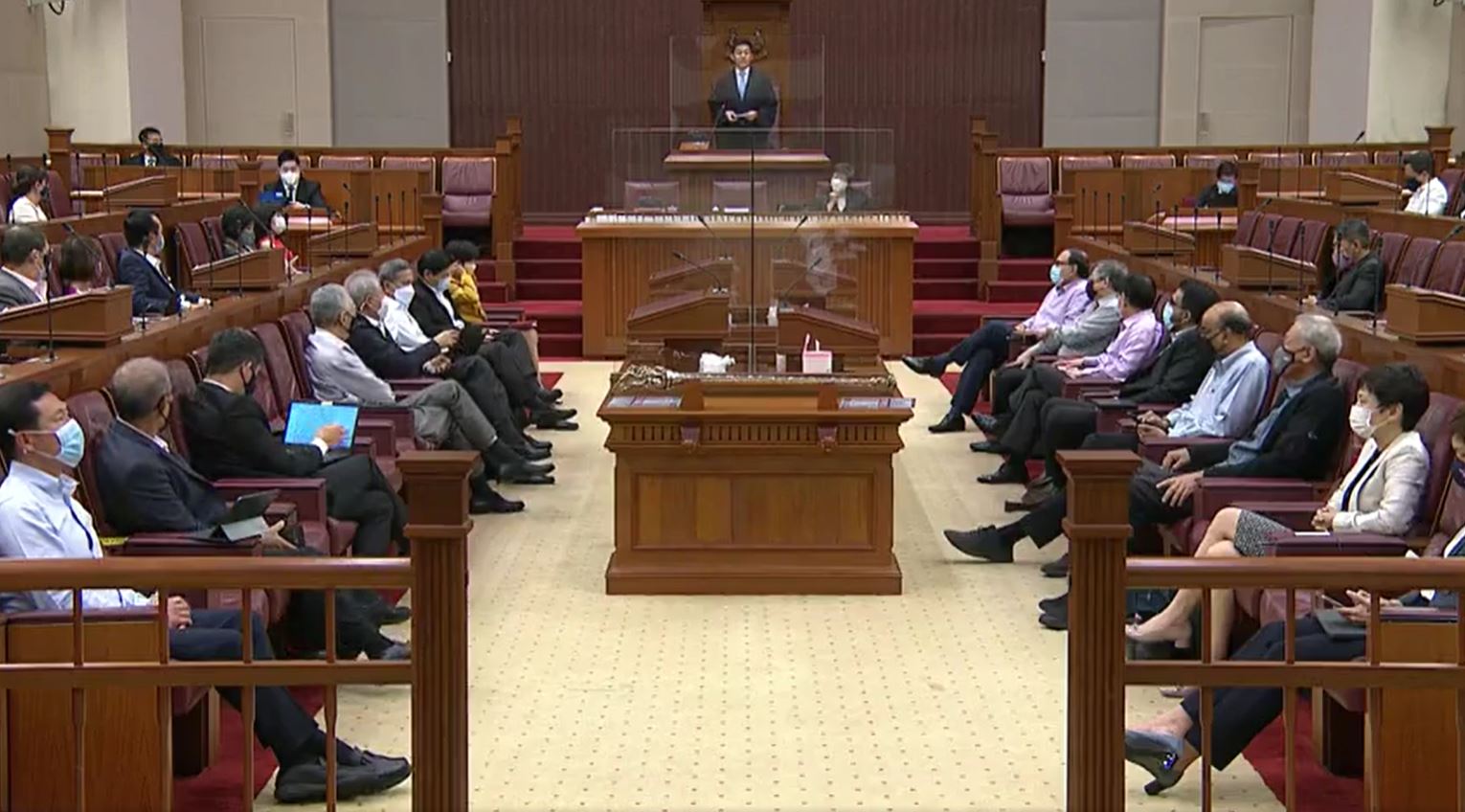 Before proceeding, he noted that some ministers had distributed stuff (like slides and factsheets) before their speeches.

Thus, he said it evoked in him some serious FOMO (fear of missing out).

So he would also like to hand stuff out.

Speaker asks himself for permission

But before doing so, Mr Tan needed to ask permission. Being the Speaker, it stands to reason that he’s the one who should approve it.

So Mr Speaker, may I have your permission to distribute some handouts to our fair members on occasion of today being International Women’s Day?

The sight of Mr Tan talking to himself – recorded for posterity in the transcript of his speech – elicited laughter from the House, as you would imagine.

After all, Singaporeans have joked that sometimes the authorities “ownself check ownself” – “ownself approve ownself” may be the presumed next step.

The men don’t get it

Going back to the flowers, Deputy Speaker Christopher de Souza and some other men started giving them out to the ladies after this approval.

Unfortunately for Communications and Information Minister S. Iswaran, when he stretched out his hand for a rose (probably as a joke), Mr de Souza pointedly moved them away from him. 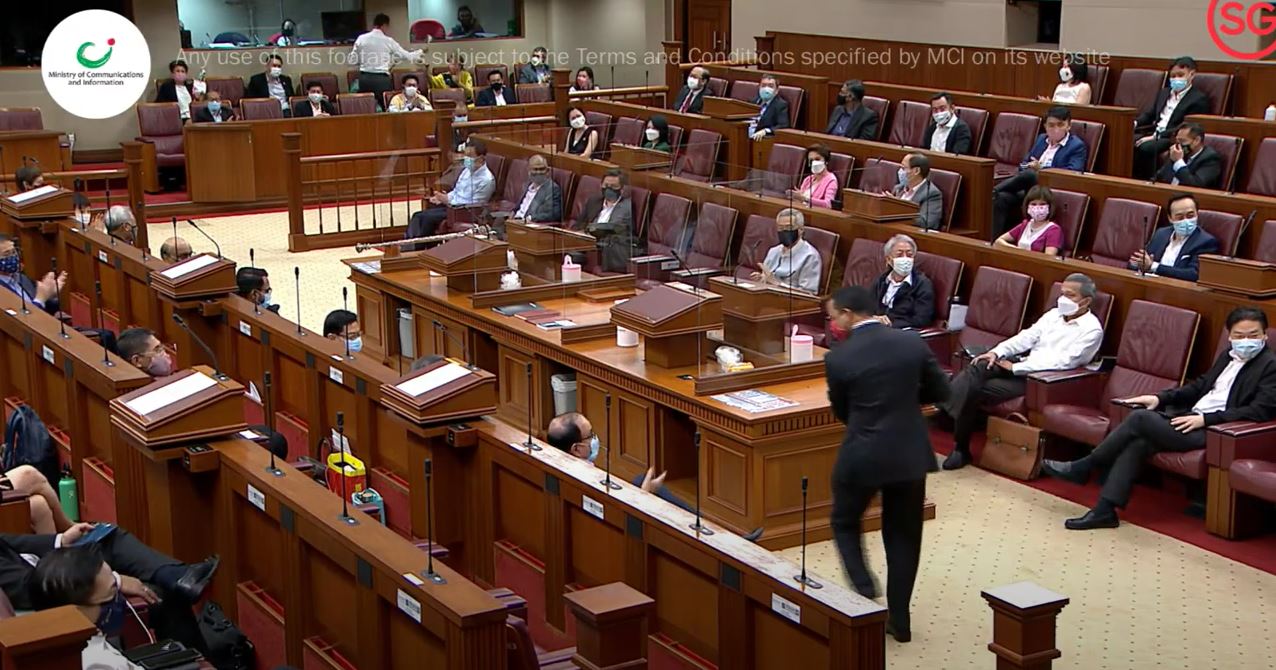 Which prompted Mr Tan to tell the chamber,

It’s only for the women, so the men, please…

Sustainability and the Environment Minister Grace Fu, being of the fairer sex, gratefully accepted a rose. 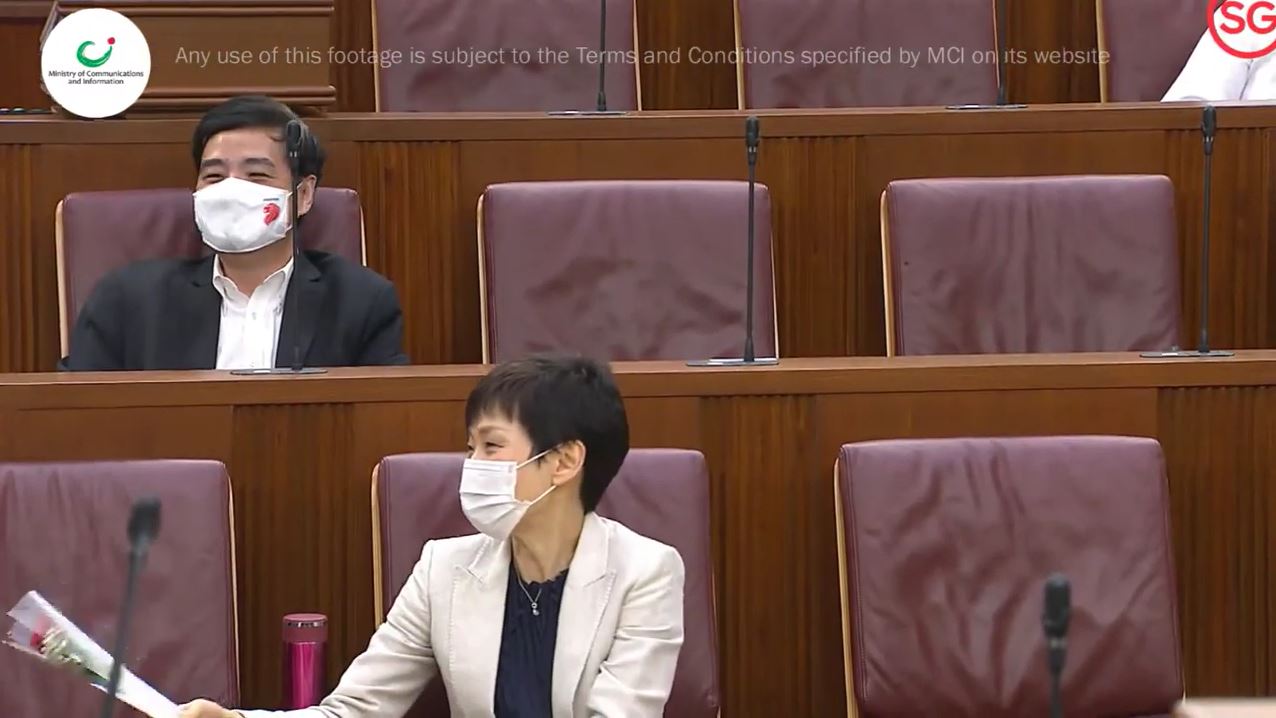 As the roses made their rounds, even to the women sitting in the balcony, Mr Tan reassured them with a quip,

I’m sure the roses are suitably disinfected as well. 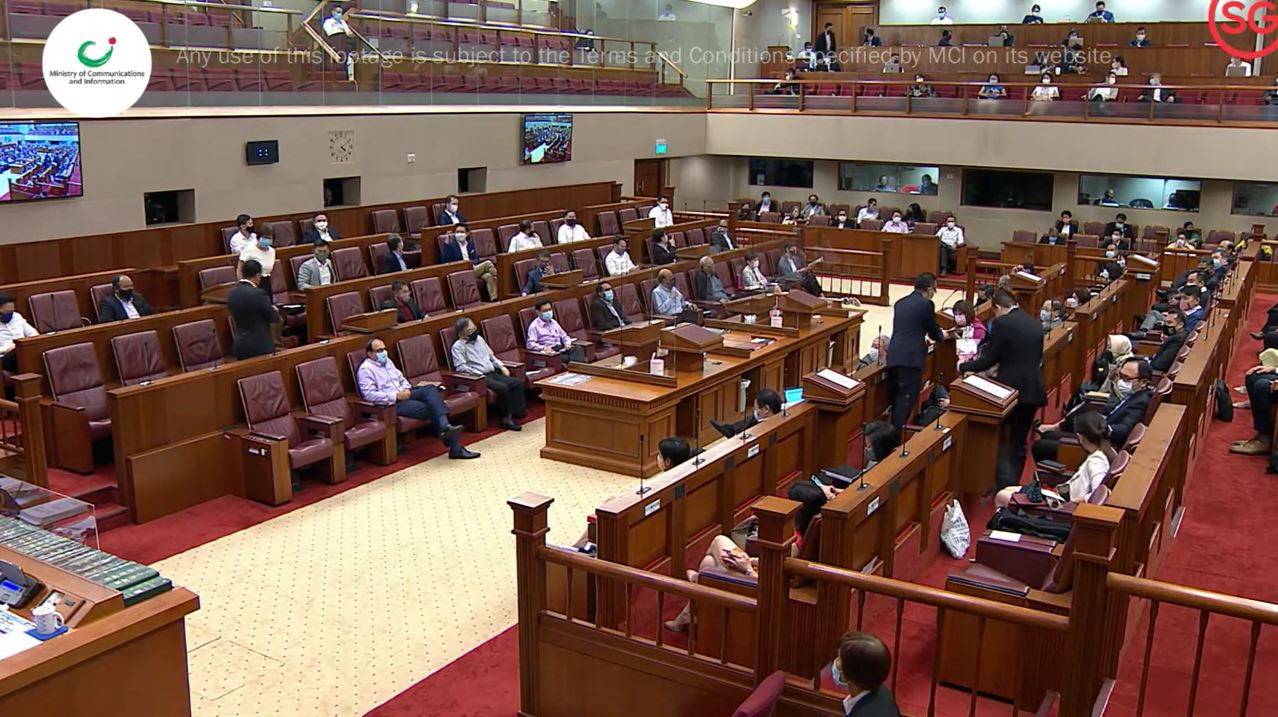 Putting it to a vote

Following that, Mr Tan put the Chamber to a vote,

The question is that this being the year of celebrating our better halves in family and society, we, the lesser halves here in Chamber, present a small token to say ‘thank you’ to all our ladies here, whether serving as MPs, NCMPs, NMPs, Clerks, Interpreters, and
our wonderful assistants.

Of course, the Chamber voted “aye”.

Continuing his speech, Mr Tan raised a few of his reflections upon the last few days. 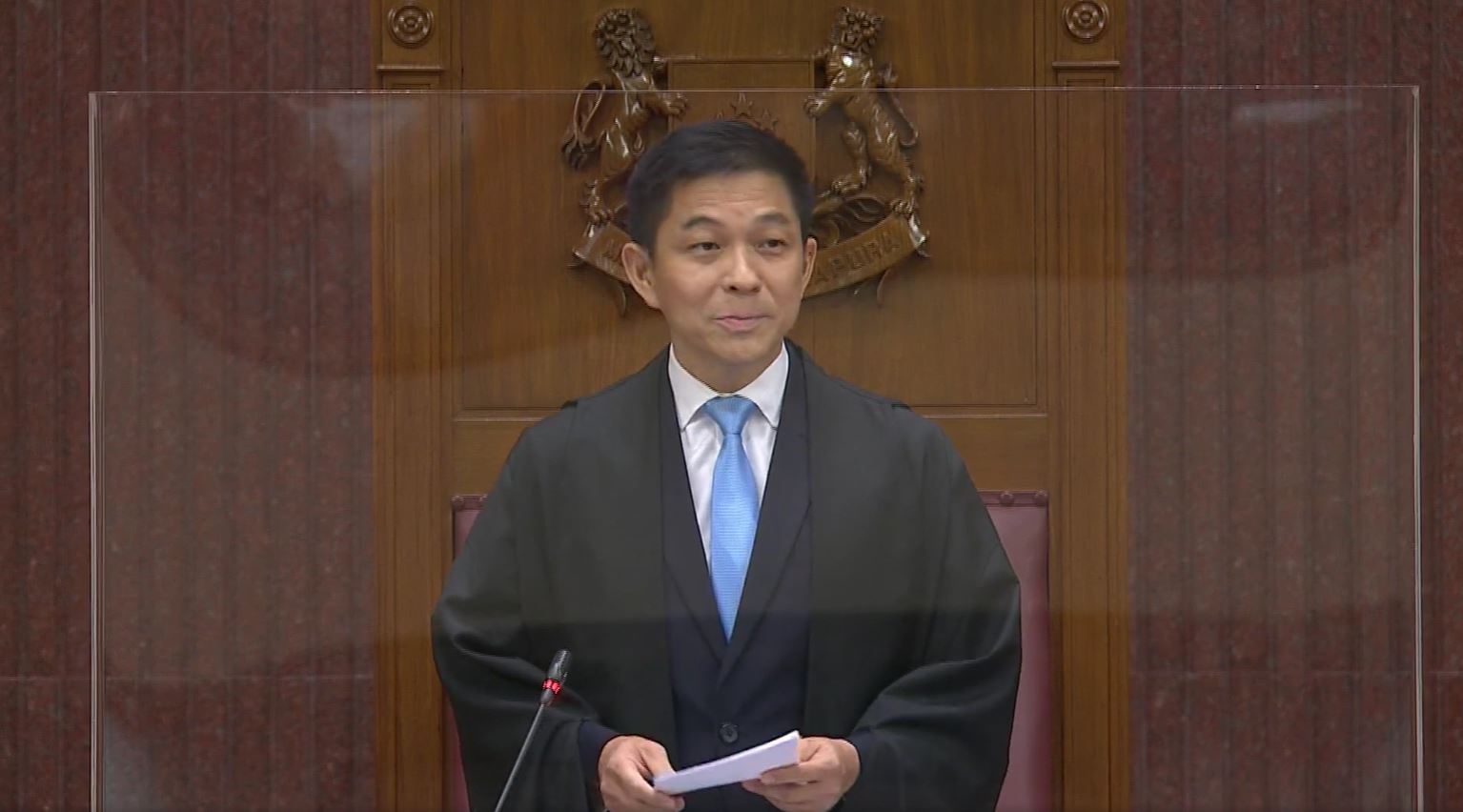 Firstly, he pointed out that 2021 is the 60th anniversary of the Women’s Charter in Singapore, meaning the Government considered women’s welfare way back in 1961.

Due to this foresight, Singapore’s women now have a safe environment, as well as enjoy high literacy, life expectancy and full-time employment rates.

Other points made in his speech

Mr Tan also made a few other points:

No permission needed to be nice

While the reaction to the roses in Parliament seemed to be one of general amusement, we’re sure the ladies appreciated the gesture.

However, we’re sure Mr Tan doesn’t need to ask permission to give out roses to anybody, given that someone has deemed him attractive enough to use his photo on Tinder.

Kudos to him for his considerate move, and for lightening up Parliament proceedings at the end of a long day.