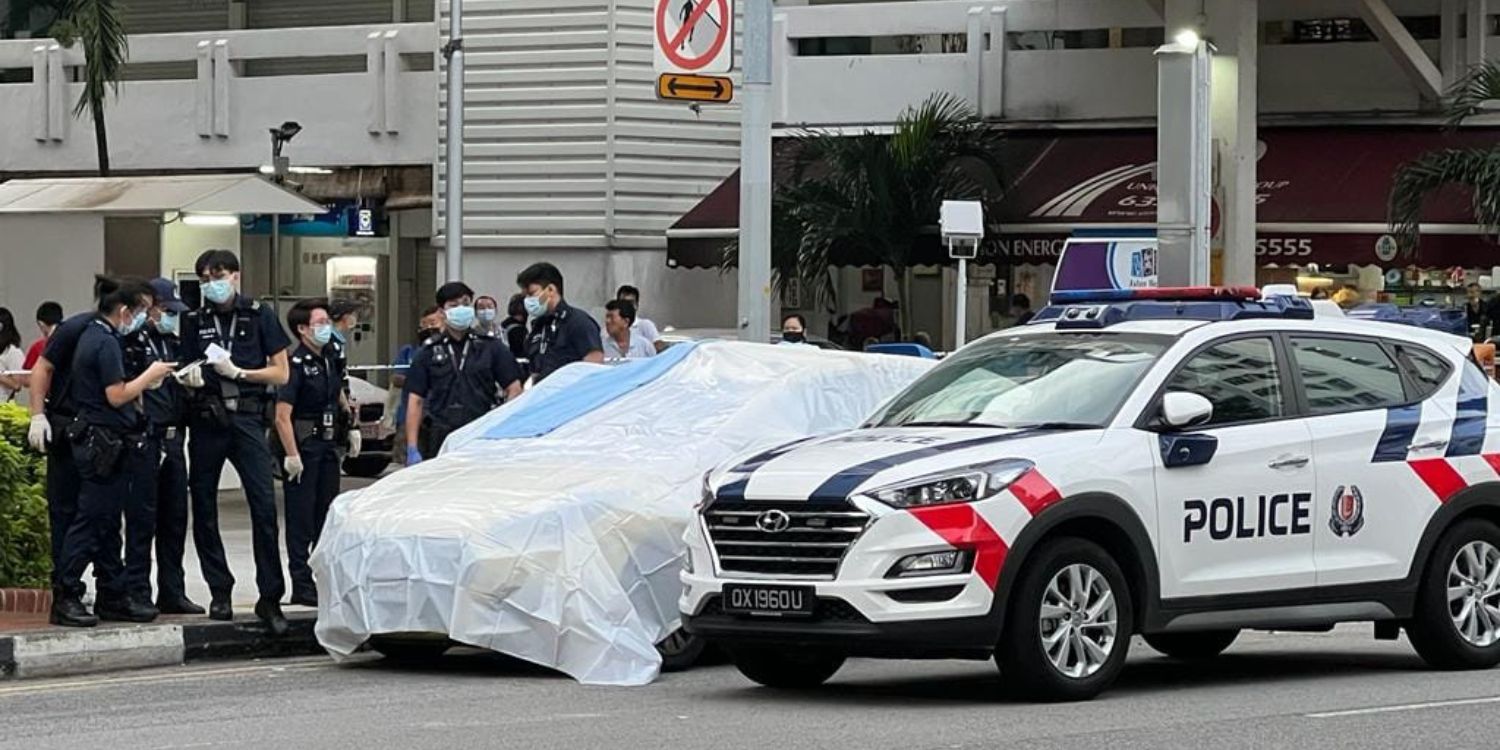 The police had to lift him out of his seat and cover the taxi with a white sheet.

Taxi drivers spend hours plying the roads for passengers, in a job that can be physically taxing.

But no cabby would want to spend his final moments behind the wheel.

Unfortunately, that’s what happened to an elderly taxi driver who reportedly passed in his vehicle stopped on North Bridge Road. 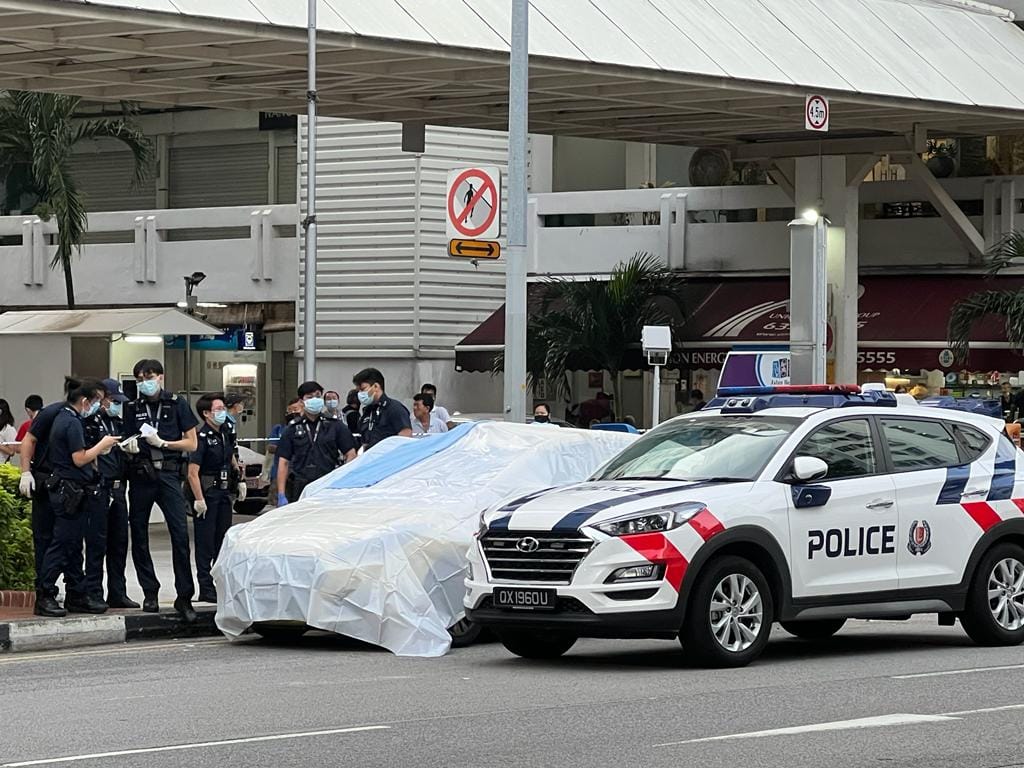 His cause of death is suspected to be a heart attack.

The Singapore Civil Defence Force (SCDF) received a call for help at 6.15pm on Thursday (23 Jun), they told Lianhe Zaobao.

Paramedics then arrived at the scene — a yellow CityCab taxi that was stationary on North Bridge Road near Block 10. They later confirmed that the taxi driver inside had passed away.

According to a video circulating over social media with a timestamp of 7.44pm on 23 Jun, several police officers had to lift the taxi driver – clad in jeans and a striped shirt – out of the cab. 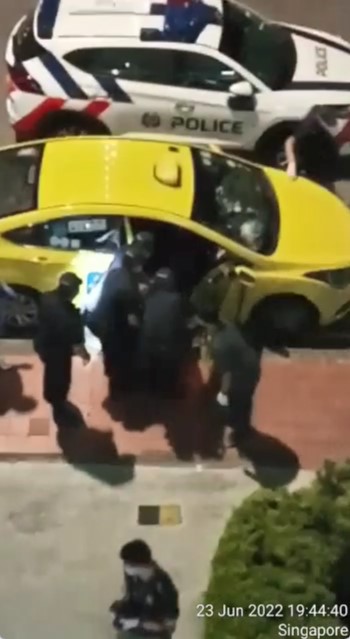 They then carried him to a white sheet laid on the ground, and covered him with a black sheet.

By that time, the body had noticeably stiffened due to rigor mortis.

Zaobao quoted netizens as saying that the taxi had been at the roadside since that morning.

Other photos on social media show that the police covered the taxi with a white sheet. 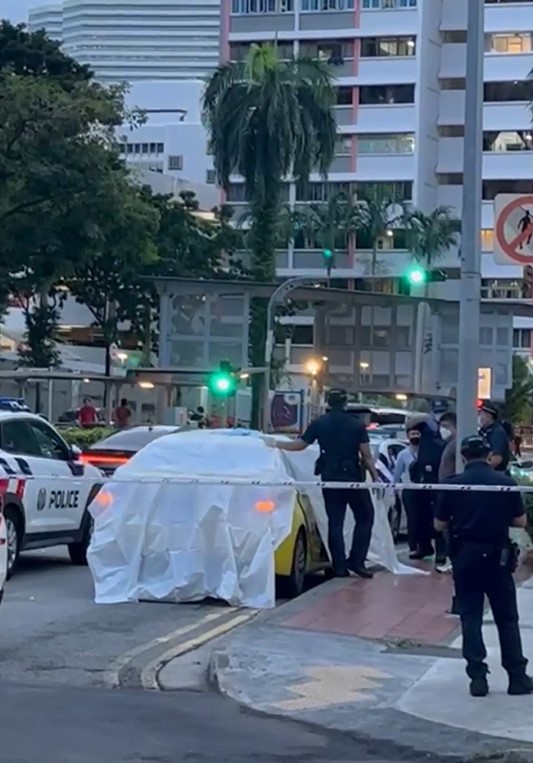 They also cordoned off the area with police tape.

Zaobao reported that the police still remained at the area at 8pm that night, close to two hours since they arrived.

The deceased taxi driver was 71 years old, and was motionless when he was found, the police confirmed to Zaobao.

They’ve also classified the case as an unnatural death.

According to their initial investigations, no foul play is suspected. Investigations are continuing.

However, Zaobao reported that his death is suspected to be from a heart attack, quoting Facebook posts and videos.

ComfortDelGo has reached out to family

The company has reached out to the deceased’s family members, she added, and will do all they can to help them.

They’ll also be fully cooperating with the police investigation.

A similar case in Jan

Regrettably, this isn’t the first such case to happen this year.

In Jan, a taxi driver was found dead at the carpark next to Block 117 Bedok Reservoir Road.

He was also found motionless in his vehicle and declared dead by paramedics at the scene.

Condolences to his loved ones

We can’t imagine what would’ve gone through the elderly cabby’s mind during his last moments, and pray that they were at least peaceful.

Our hearts also go out to his loved ones, as they would be devastated at his sudden passing.

MS News offers our sincerest condolences to them, and hope the police investigation will offer them some closure.