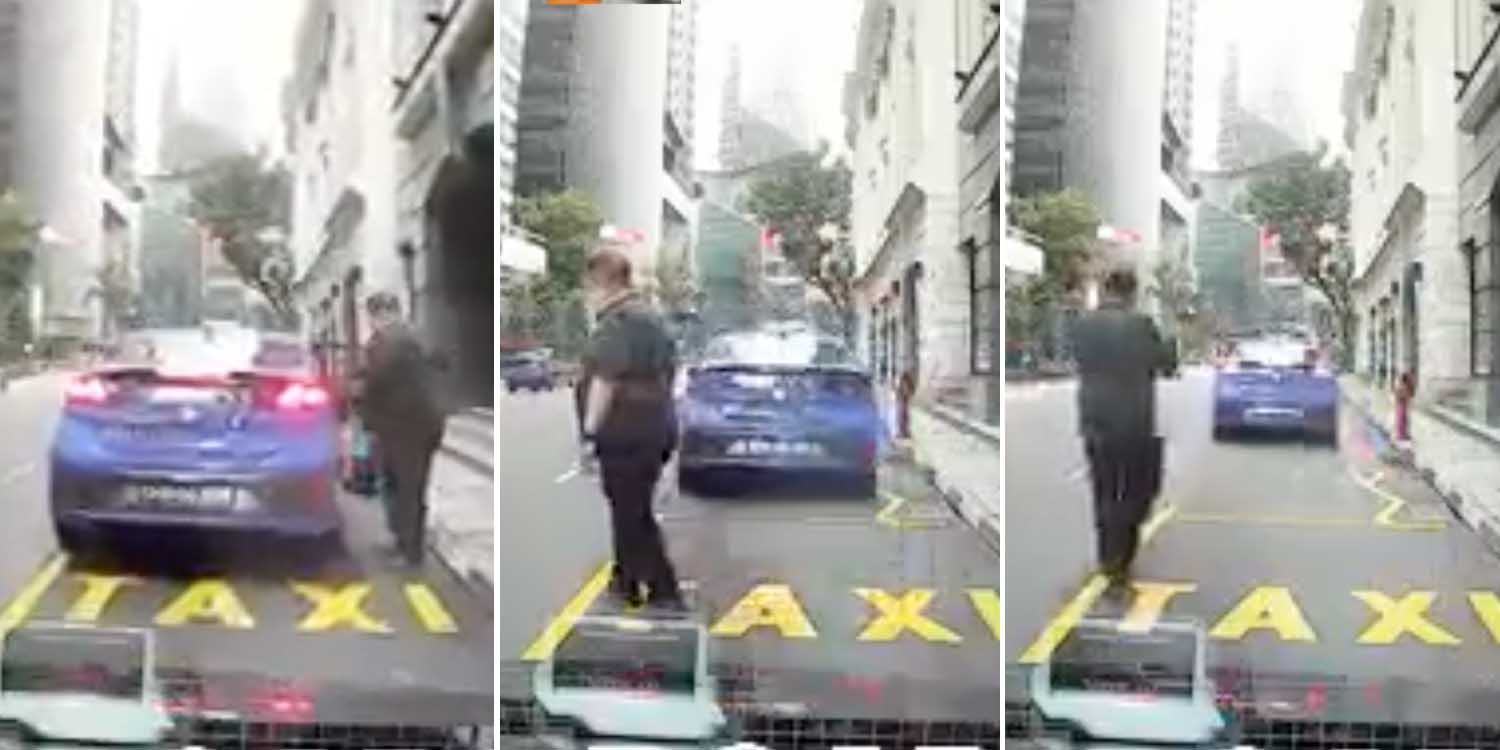 He drove off after the passenger loaded bags in.

Taxi Drives Off Without Passenger Along Robinson Road On 15 Nov

Taxi drivers spend long hours on roads trying their best to stay vigilant and focused on their surroundings.

However, every now and then, it seems they might slip up in other ways.

On Monday (15 Nov), a taxi drove off after a passenger loaded his bags into the vehicle at Robinson Road. However, the driver forgot the most important thing: the passenger.

The driver realised the passenger had been left behind soon after, quickly coming to a halt.

Taxi driver drives off after passenger loads bags into car

On Tuesday (16 Nov), Facebook group ROADS.sg shared a video of the incident that took place along Robinson Road on Monday (16 Nov) at around 5.05pm.

In the 52-second video, a passenger can be seen loading his bags into the backseat of the taxi. 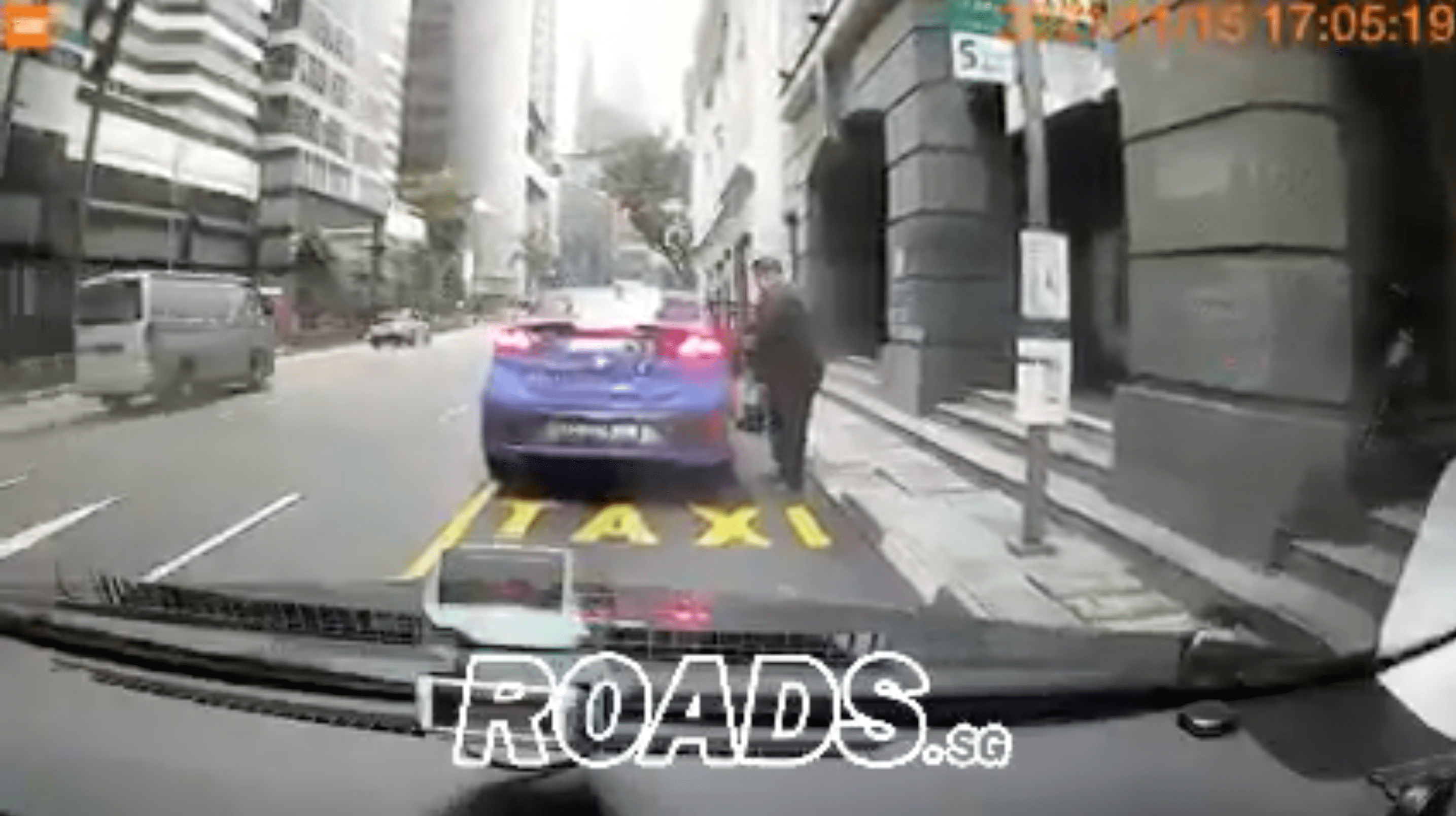 Following that, he shut the car door, walking around the taxi to enter from the other side.

However, as he was waiting for the roads to clear, the taxi began to drive off.

The passenger who was left behind could be seen raising his hands in an attempt to alert the driver.

Thankfully, the taxi quickly realised his mistake and stopped the car just a few metres down the road.

Imagine if the taxi went way too far ahead.

The passenger then walked briskly to the taxi, pointing back at the road, as if gesturing that he didn’t get on previously because a car was approaching.

He then safely got on board the taxi.

Netizens joke that both driver & passenger were ‘blur’

Watching the incident play out, many netizens found it hilarious how confused both the passenger and driver were.

However, this netizen felt that this showed the taxi driver was not being alert and it could potentially be dangerous.

And it seems such incidents are not uncommon as another netizen shared his experience of a taxi driver driving off with his bags still in the car.

Hopefully they managed to get their bags back.

This was certainly an unfortunate but hilarious incident.

Although he drove off, we’re glad the driver realised he left the passenger behind soon enough.

After this incident, we’re sure the taxi driver will be more careful in the future by turning back to check if his passengers are on board before setting off.