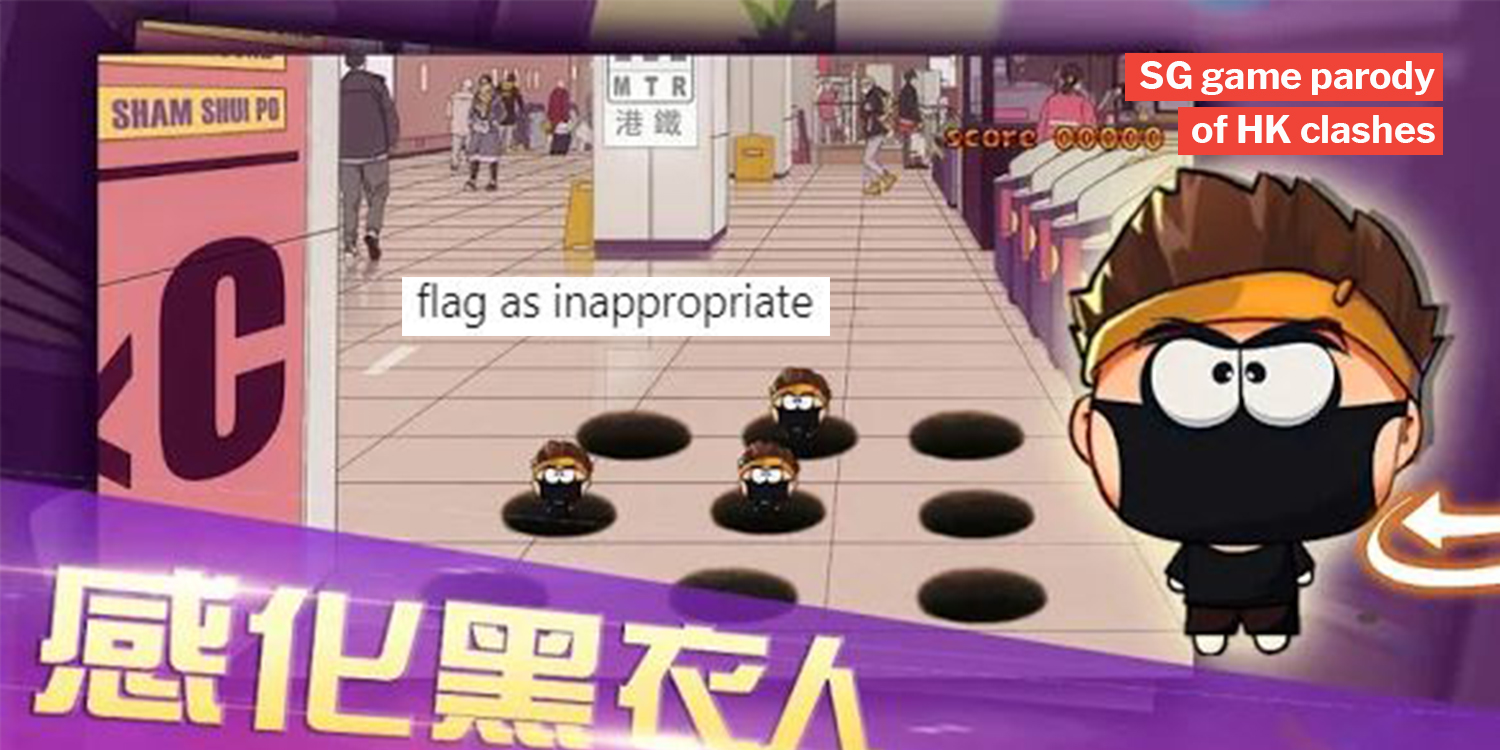 A ‘whack-a-mole’ style game modelled after the recent Hong Kong MTR clashes at Yuen Long is receiving flak from netizens on Twitter.

The unlikely Singapore connection to this case, comes in the form of a locally registered company address by gamemakers, somewhere near Marina Bay.

Twitter user @Badcanto spotted the mobile game available for download on the Google Play store on Sunday (25 Aug). Here’s the post in full, we take a closer look at the game below. The central mechanics of the mobile game involve the hitting of black-shirted cartoon characters in black masks within an MTR station — in this case, Sham Shui Po. 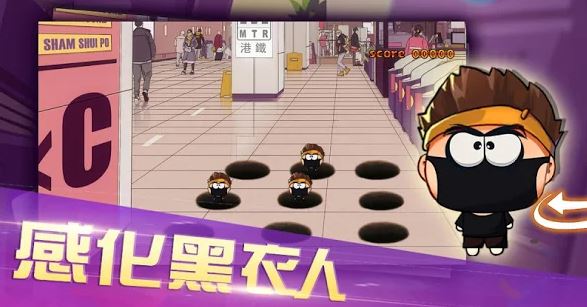 The more characters are hit, the higher score a player accumulates. The boys in black also apparently “randomly say something to you” upon a successful hit. 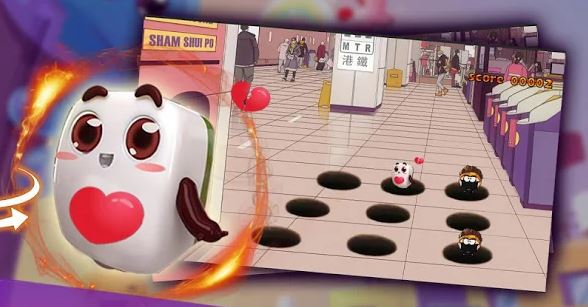 You’ll also have to avoid hitting the “good boys” who are clad in “white tees” or risk losing points. Finally, the game description adds that players should “try to unlock all speeches” before the round ends for a “surprise bonus”.

Created to spread “Love and Hope”

As far as what inspired the game, the description reads that the “funny game” was created to spread “Love and Hope” to everyone.

The mobile game is currently region-locked, unavailable for download in Singapore and there’s a disclaimer that it’s “not designed for children”. 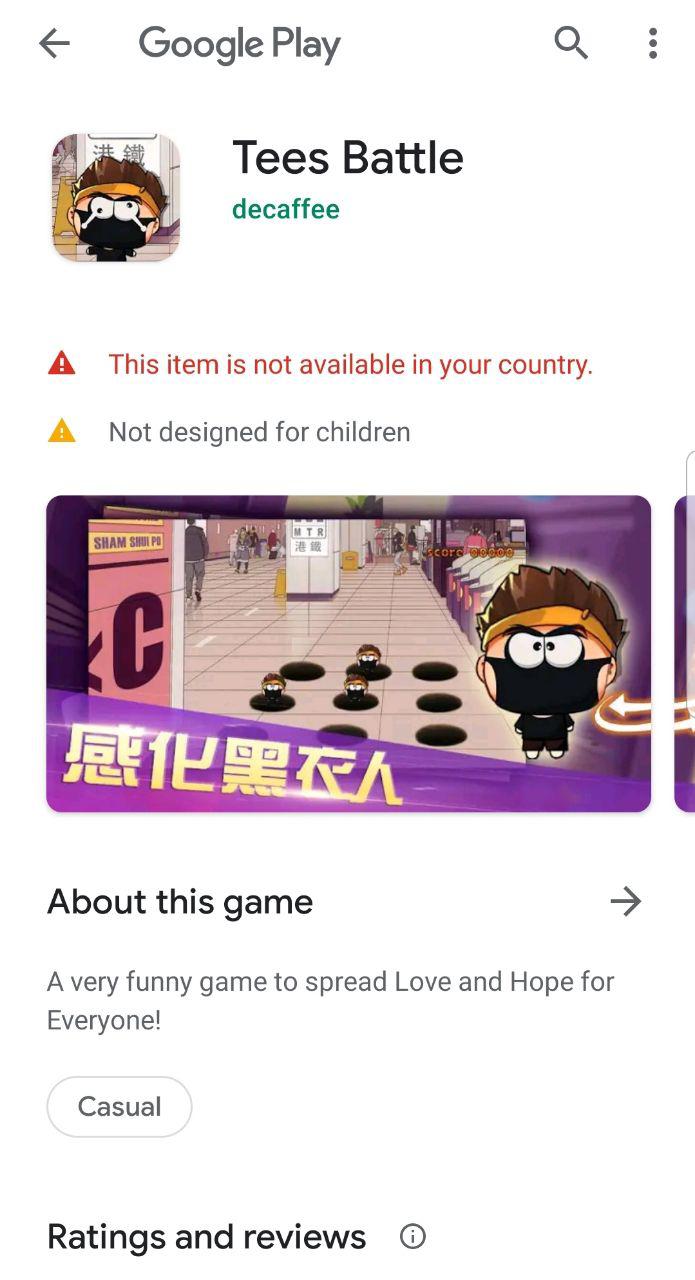 The game is also listed as being offered by “decaffee”, with a developer’s email address mentioned in the credits. 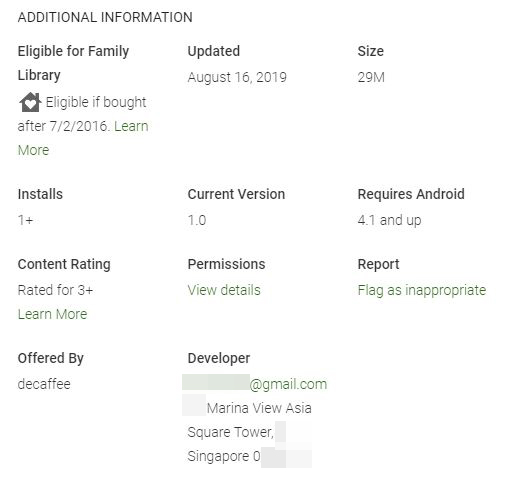 Not popular with netizens

So far, netizens haven’t responded well to the game.

Some have reported it for being “inappropriate” to the Google Play store.

Others have expressed their disappointment to the Singapore developers for creating the game.

To provide more context, the light-hearted tone of the game may be in direct contradiction with the gravity of the situation unfolding in Hong Kong.

Protests have been ongoing for about 3 months now, with either side not showing any signs of abating tensions anytime soon.

Do you agree that the game is a light-hearted approach at parodying the MTR clashes?

Or is the mobile game making light of a potentially sensitive issue for Hong Kong citizens, as the situation is ongoing?

We’d love to hear your views on the matter in the comments below.