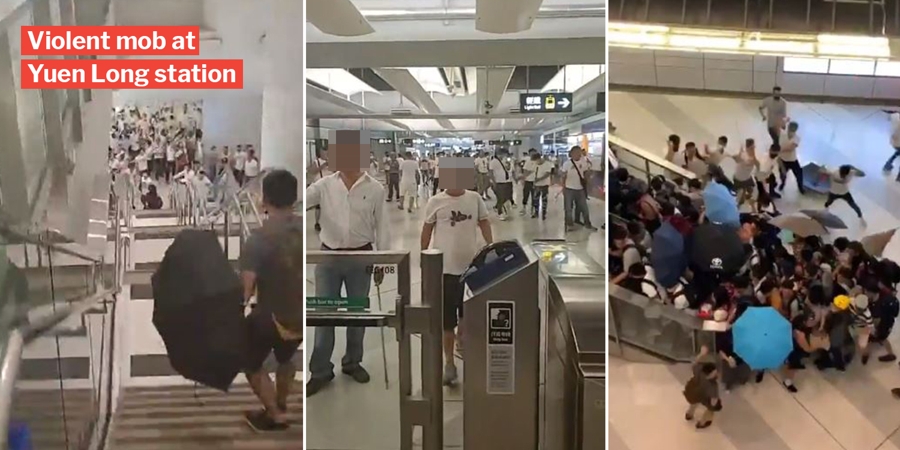 Members of the mob were clad in white, wielding rods & canes. 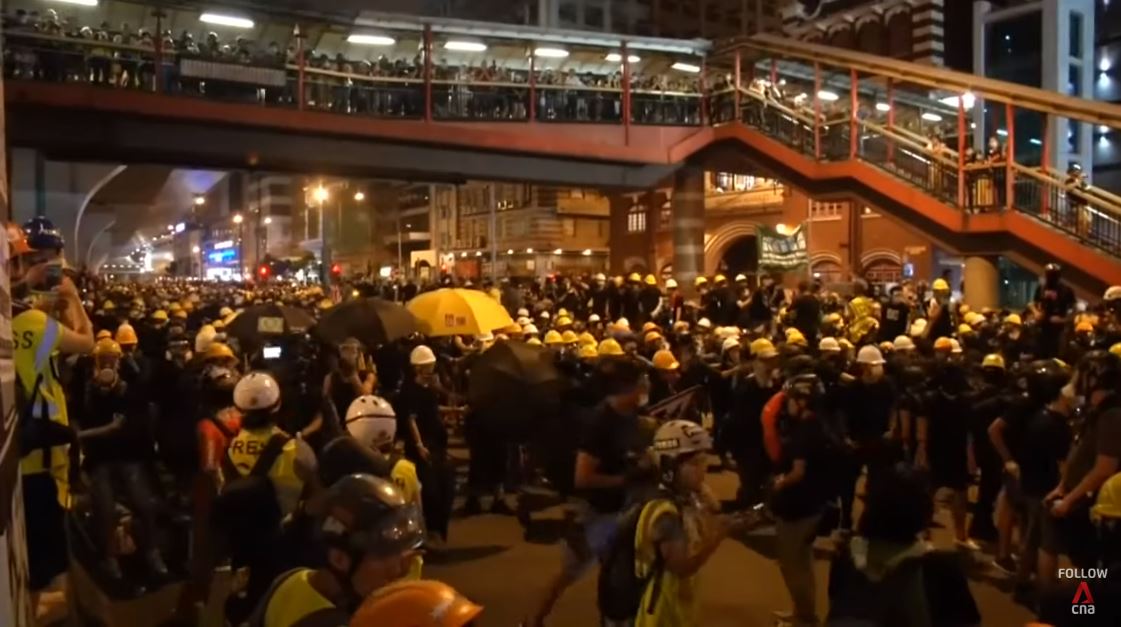 The return journey by peaceful protesters at New Territories, Yuen Long, quickly took a drastic turn — a mob of masked assailants in white charged into a group of protesters clad in black T-shirts within the station. Sadly, innocent commuters were among the injured from the assault as well. At least 36 injured people have been reported at the time of writing, according to South China Morning Post.

Now, citizens are fearful that triad gangs could be behind the sudden call to violence against civilians, reports Channel NewsAsia.

To provide some context, the organised “assault” happened at New Territories — a place where gangs continue to exert their influence on communities. 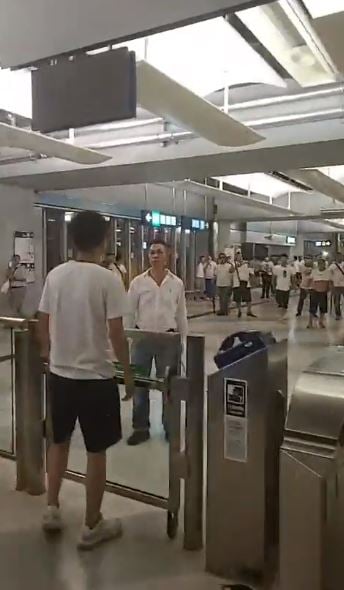 This unnamed group of mostly male assailants were armed with sticks, using masks to conceal their identities. They were seen “assaulting” groups of protesters who were returning home from a protest via train. 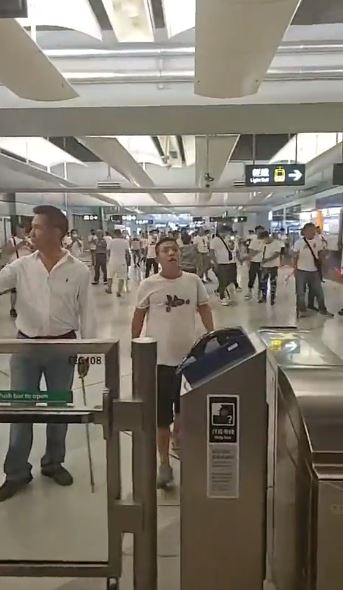 Commuters on the platform and even within the train carriages weren’t spared from the violence.

Men in white were seen boarding the MTR to hit commuters with sticks, while launching projectiles at them from the train’s platform. 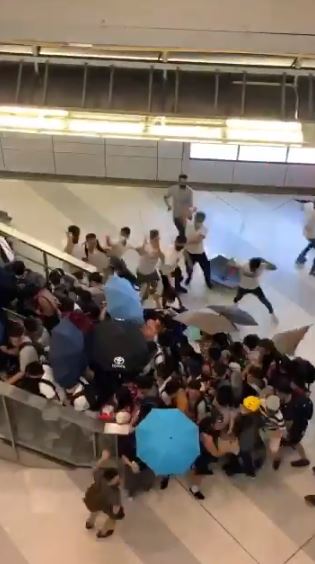 Truly disturbing images of reporters getting beaten down by the assailants have also caught the media’s attention. Ryan Lau, an ex-TVB journalist was pictured with blood running down his face from a gash at the top of his head — looking shell-shocked as he clutched a towel.

Opposition politician Mr Lam Cheuk Ting posted a picture of himself on the way back from the scene of the clash at the train station. Scenes of the aftermath were also equally chilling — a blood-stained floor littered with broken poles and dust debris as a reminder of the violence that occurred. Channel NewsAsia reports that this isn’t the first time that violence against anti-government protesters has happened in Hong Kong. Back in 2014, during the “Umbrella Movement” protests, “vigilantes” who supported the government also planned “similar assaults”.

Thousands of protesters continue to march

For every weekend since the beginning of June, HK protesters have continued to march in the streets in protest — even after the extradition bill backed by China was shutdown by Ms Carrie Lam. On Sunday evening, however, Sheung Wan protesters marched past the sectioned area to the “Liaison Office”, where they threw eggs and defaced the walls with graffiti. Reports of other “outrageous, violent acts” confirmed by the authorities include:

The Hong Kong government has condemned all acts of violence, regardless of the sides taken, as “absolutely unacceptable”. Authorities have also vowed to take serious “enforcement actions” to put a stop to similar incidents which cause unnecessary civilian casualties. Regardless of the ideological differences that are present in society, we think it’s imperative to establish a baseline before resorting to violent measures to seek change.

We hope that protesters, authorities and triads alike will be able to find a balance between their right to assembly, and upholding law and order in their country.

Open dialogue between China and Hong Kong’s citizens and governments should commence quickly, to restore peace in the region once again.