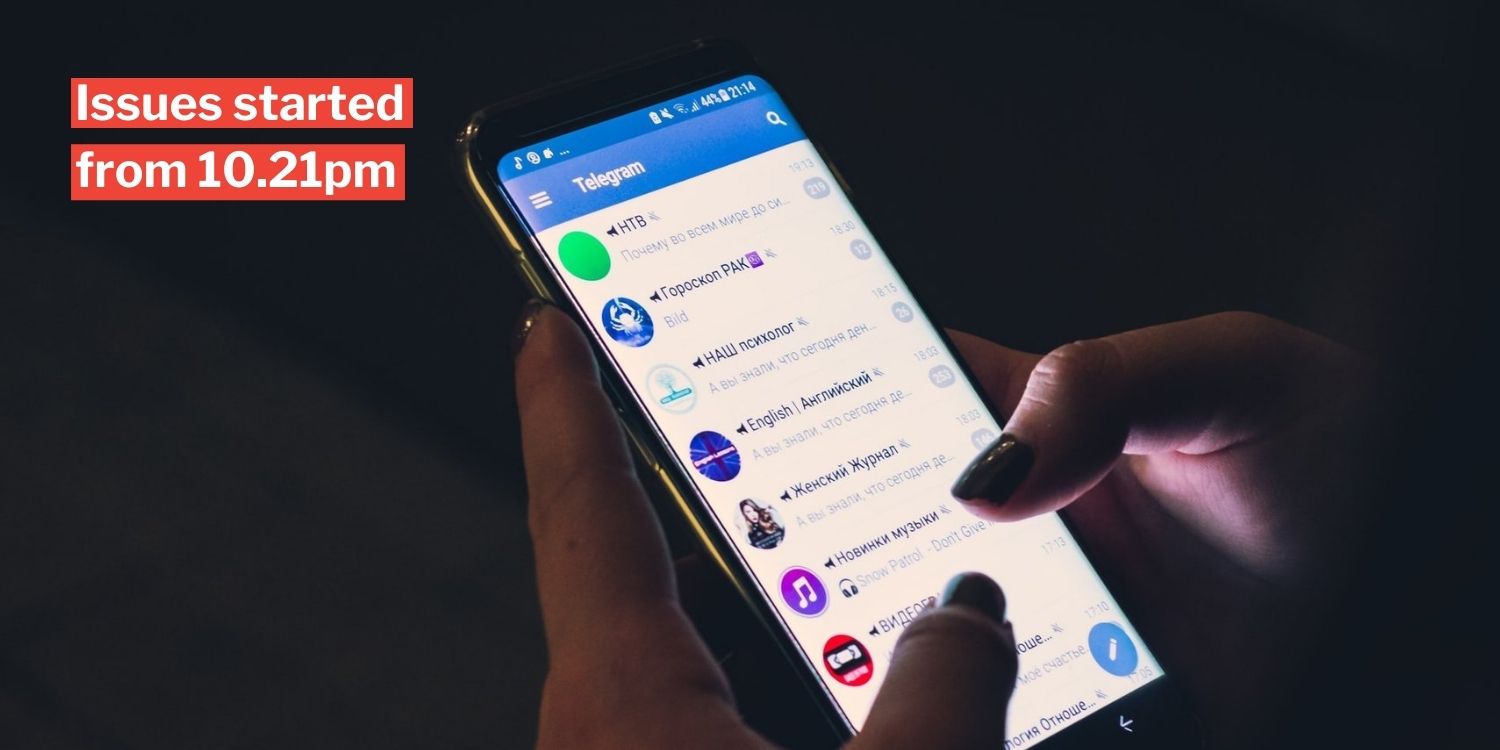 Telegram has become a popular messaging platform in Singapore, especially for younger people and workplaces.

It’s easy to see why, with animated stickers and other handy functions like disappearing messages and groups. 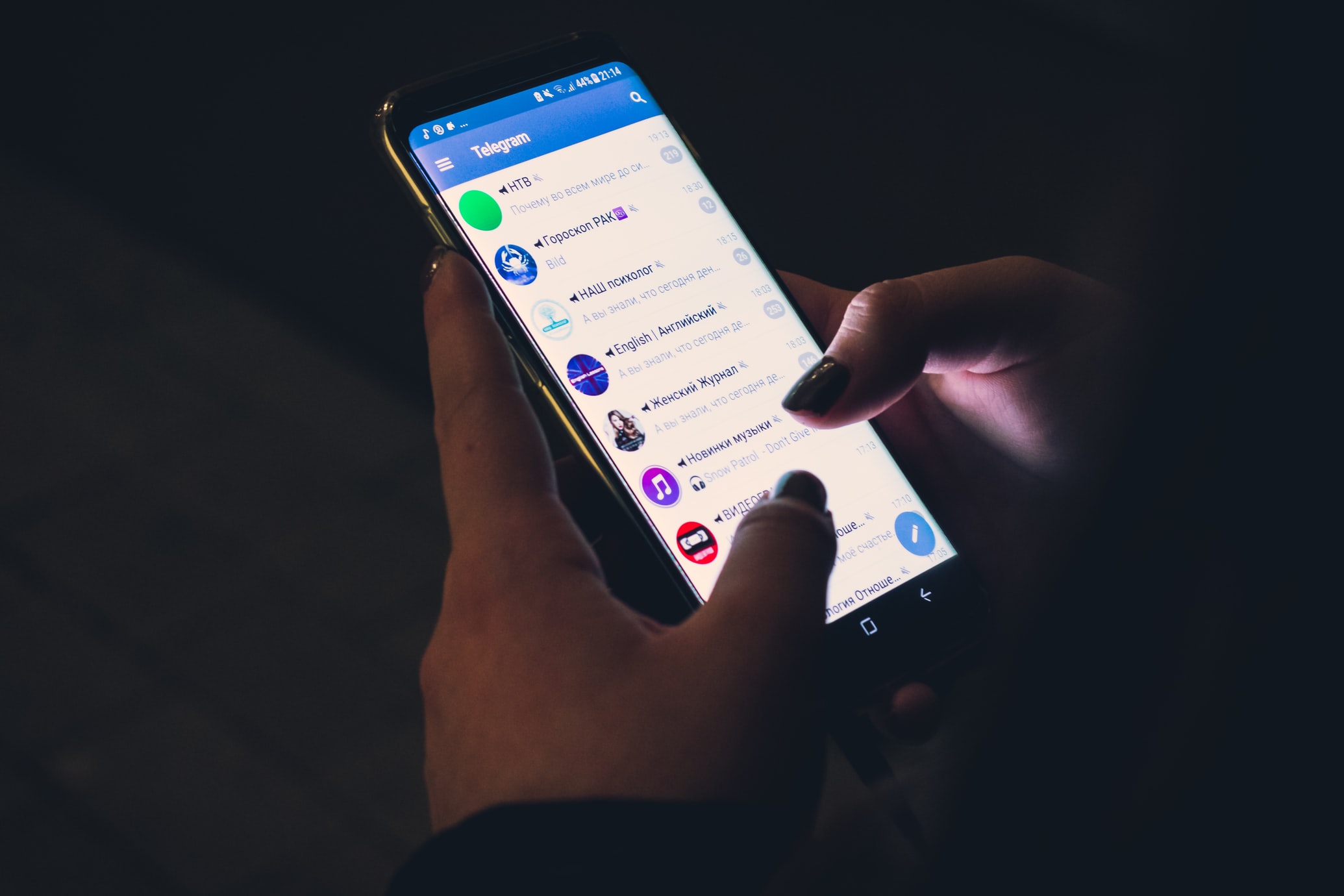 The status report collator showed that more than 7,200 problem reports were made about the app at 10.50pm.

Issues reported by users on DownDetector include not being able to connect with the app, with chats not loading.

Others said they tried logging out but couldn’t log in again. Some even reinstalled the app without any success. 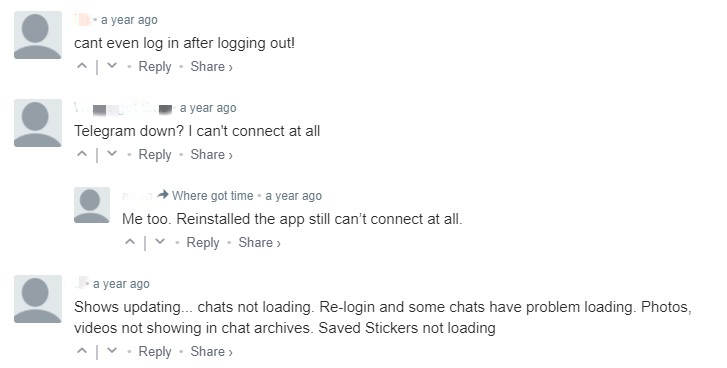 According to another collator site, istheservicedown.in, the majority of users reported connection issues.

When MS News tried logging onto the app via smartphone, all we got was an “updating…” message with messages lagging or not being sent.

On the desktop version, the interface couldn’t even load. 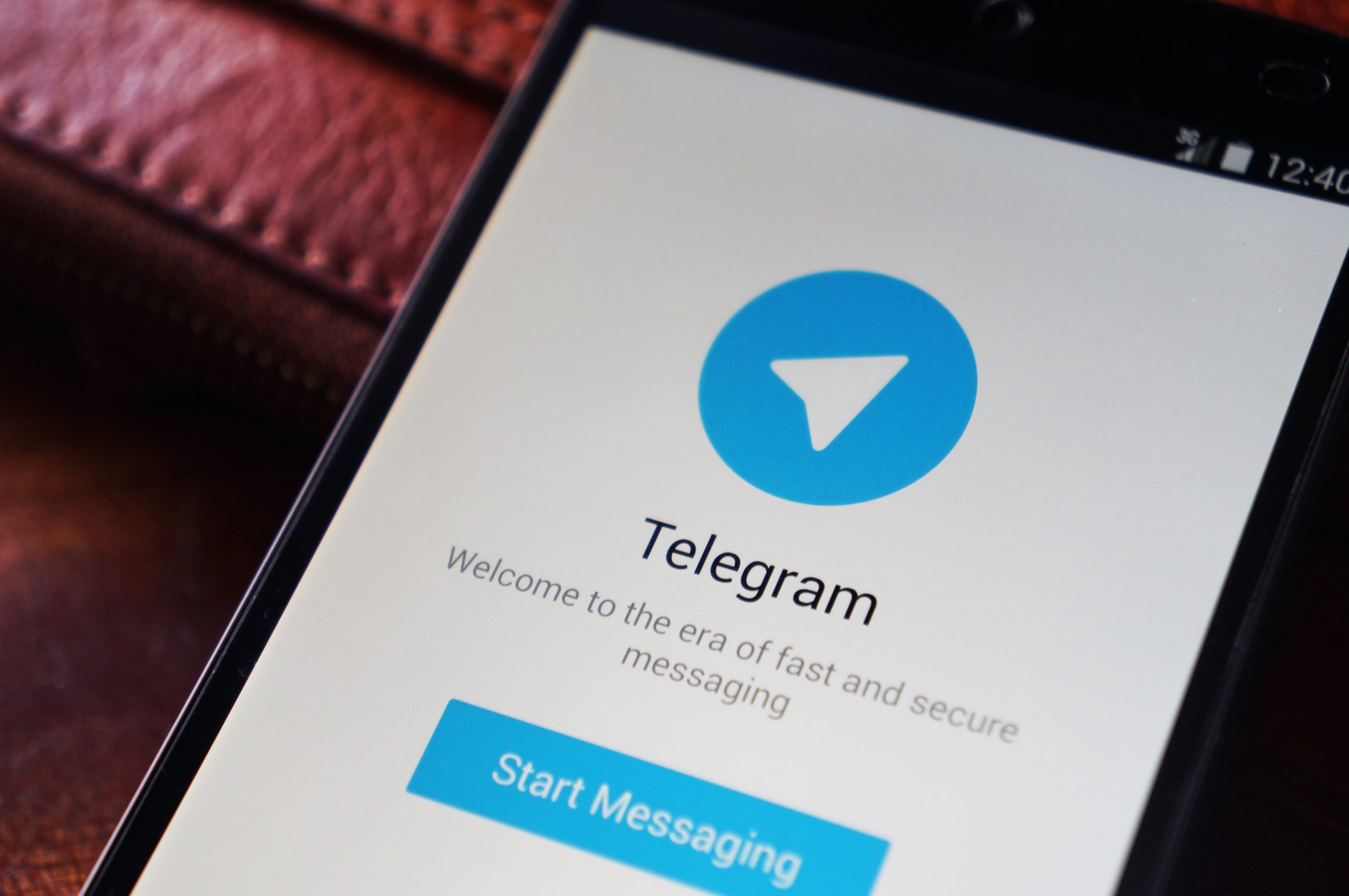 The problem wasn’t confined to Singapore, either. 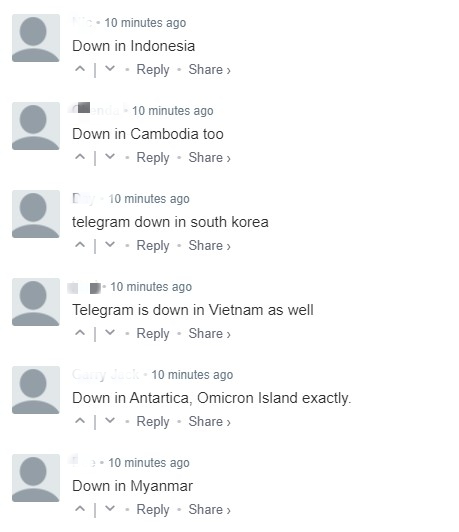 Other countries with users reporting outages included Malaysia, Sri Lanka, India, the Philippines, the Maldives, Afghanistan and as far afield as South Africa.

Interestingly enough, one user claimed he tried logging in with his United States (US) number and it worked.

However, an outage map uploaded by istheservicedown.in identified issues from scattered users in the US, Europe South America and Australia too. 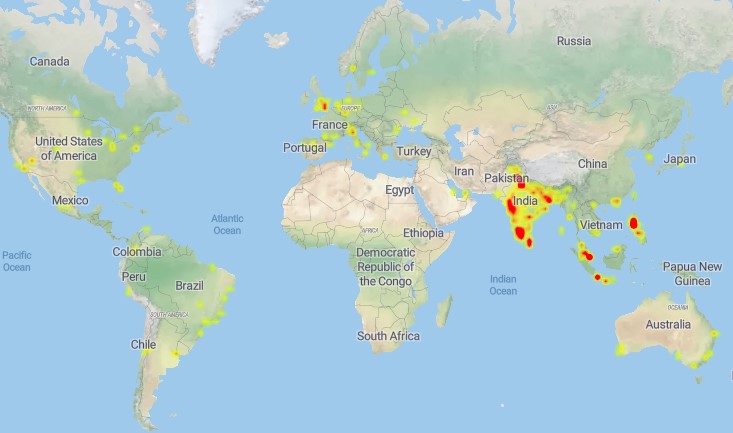 Most of the reports came in from South Asia and Southeast Asia, though, despite the later time zone.

At 11.56pm, Telegram finally said something about the outage, responding to a user on Twitter.

They said their team was “working on a fix” and made a joke about it. 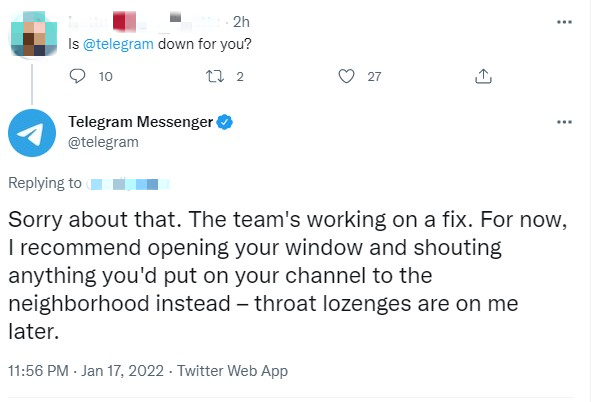 At 12.11am on Tuesday (18 Jan), they posted on Twitter again, apologising for the connection problems and claimed everything was back to normal. 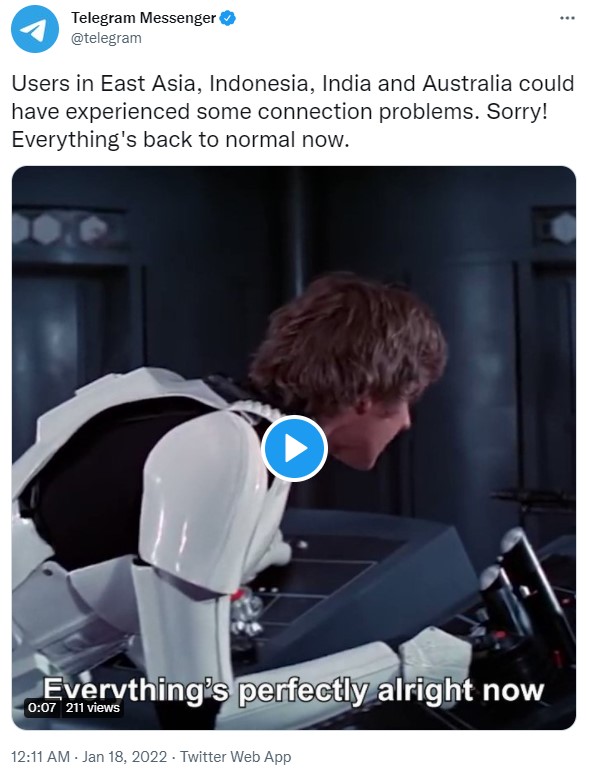 They said it would have affected users in East Asia, Indonesia, India and Australia – but neglected to mention Singapore or other Southeast Asians.

Time for some shuteye?

Whatever the problem is, Telegram is becoming increasingly well-used, so hopefully, the glitches won’t happen too often.

If they occur again, you might want to consider switching to good old WhatsApp and Facebook Messenger or catching a show on Netflix instead.

Either that or take it as a sign that you’ve stayed up late enough and it’s time to get some shuteye.