Singaporeans awoke to a rainy morning today, with flash floods reported in areas like Tampines.

The downpour resulted in aircon weather returning, with the temperature dropping to a chilly 21.9°C in 3 areas of the island – Changi, Woodlands and Pulau Ubin. 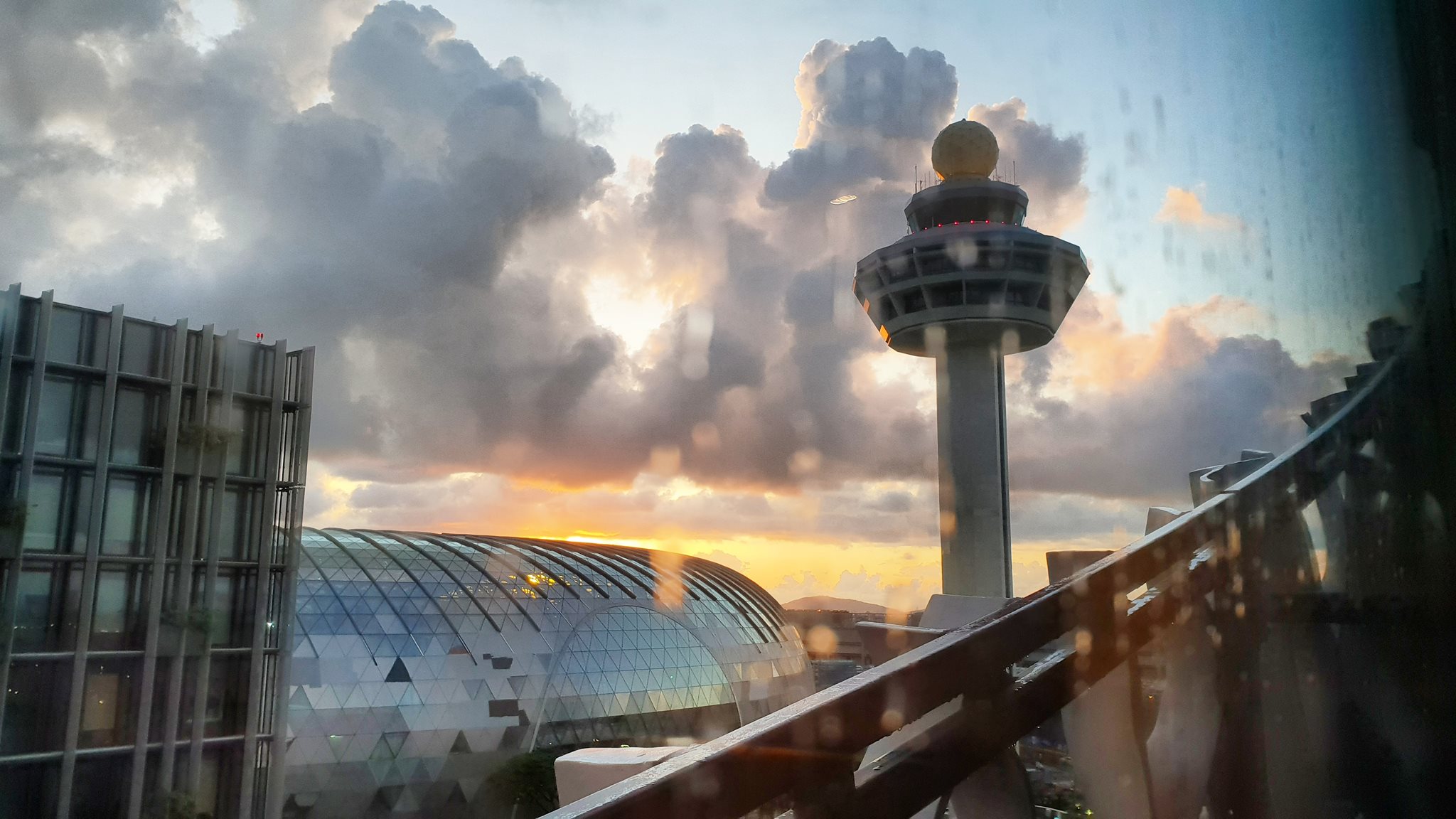 We also recorded close to the highest daily total rainfall for this month today at Hougang.

In a Facebook post on Friday (20 Aug), the National Environment Agency (NEA) said widespread rain started falling across Singapore at 5am that day. 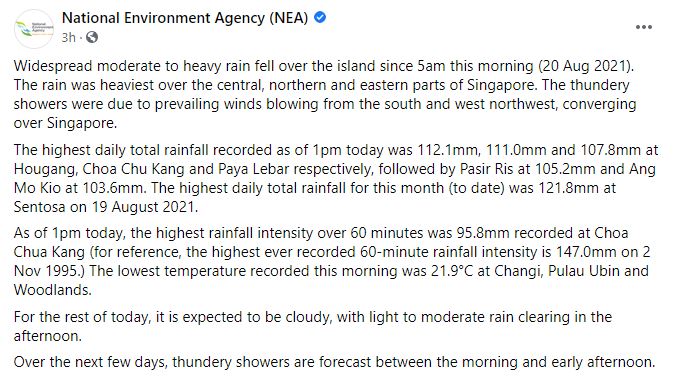 The rain was heaviest in the centre, north and south of Singapore.

It was caused by winds converging over the island from the south, and west northwest.

For those headed to work in the morning, the rain seemed to be coming down incessantly.

Indeed, we saw lots of rain on 20 Aug – close to the highest daily total rainfall for the whole month up till now.

That figure of 121.8mm was recorded just the day before, on Thursday (19 Aug), at Sentosa.

As of today at 1pm, Hougang had the distinction of getting the highest rainfall in Singapore. 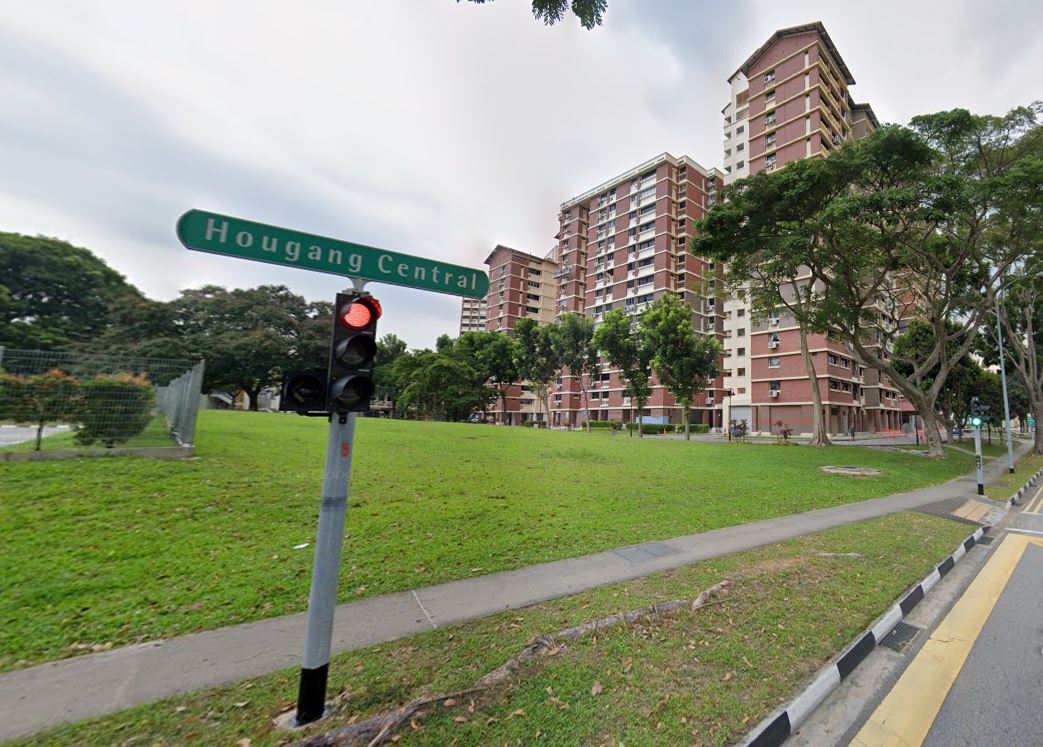 The widespread wet weather was responsible for causing the temperature in Changi, Woodlands and Pulau Ubin to plunge to a low of 21.9°C.

Though Hougang had the highest rainfall, in Choa Chu Kang, the rain was more intense.

NEA also measures rainfall intensity over 60 minutes, and the western housing estate recorded 95.8mm over that time period – the highest in Singapore as of 1pm. 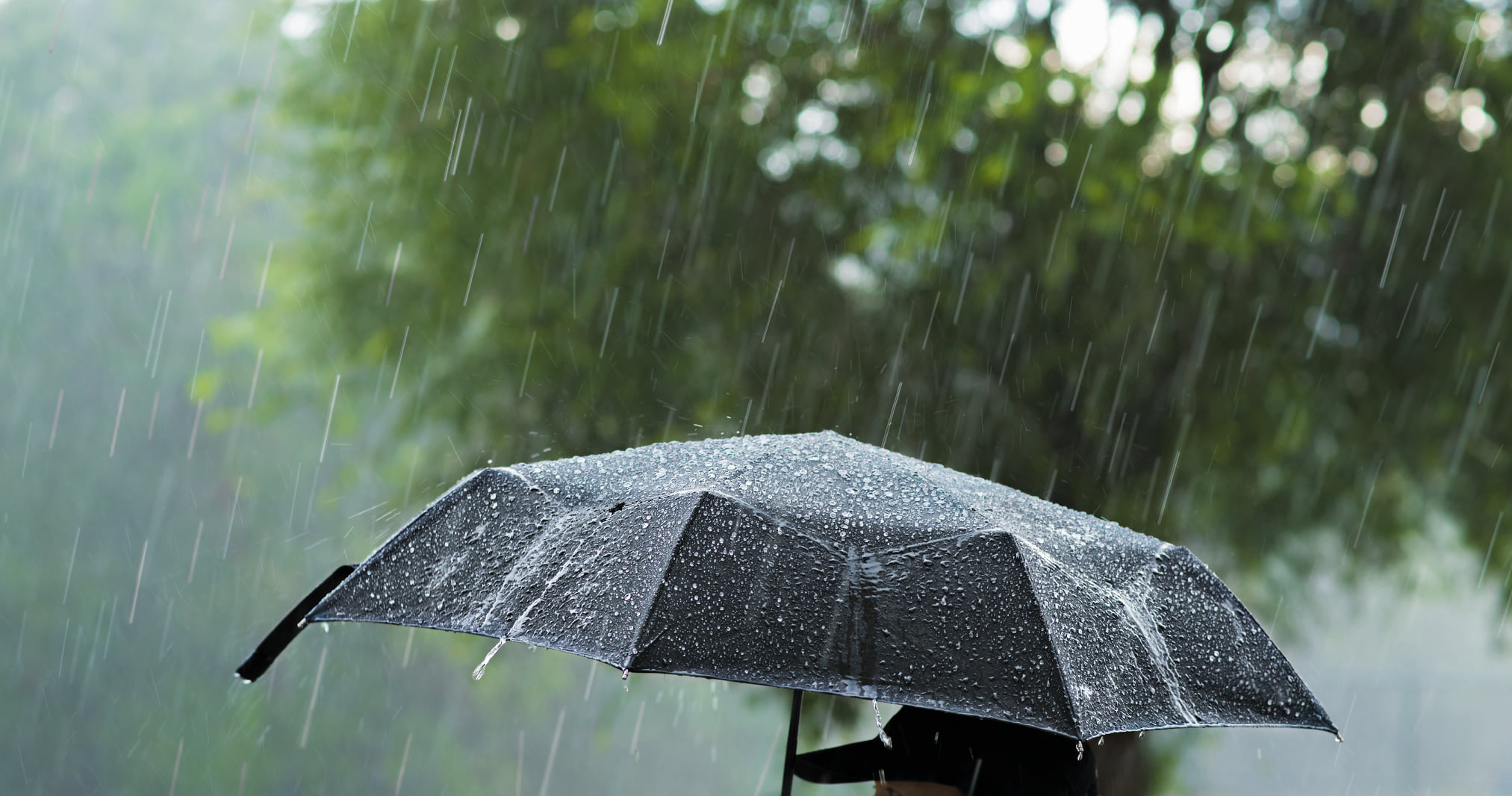 According to the NEA, the highest-ever rainfall intensity in Singapore was recorded on 2 Nov 1995, and it was 147.0mm.

Cloudy the rest of the day

The rain cleared by the afternoon, with just light to moderate rain experienced.

But the cool weather will persist, with NEA predicting that it’ll be cloudy the rest of the day.

We can also expect more of the same over the weekend, as more thundery showers will occur in the morning and early afternoon.

On 16 Aug, the Meteorological Service Singapore (MSS) said the last 2 weeks of Aug will see continued thundery showers – so far, they’ve been accurate.

PUB investigating cause of flooding

As for this morning’s floods, national water agency PUB said in a Facebook post that drivers and pedestrians affected were helped by their Quick Response Team and officers from the Land Transport Authority (LTA), Singapore Civil Defence Force (SCDF) and police.

They’re also investigating why the flooding occurred, by finding out whether any nearby construction works had caused it. 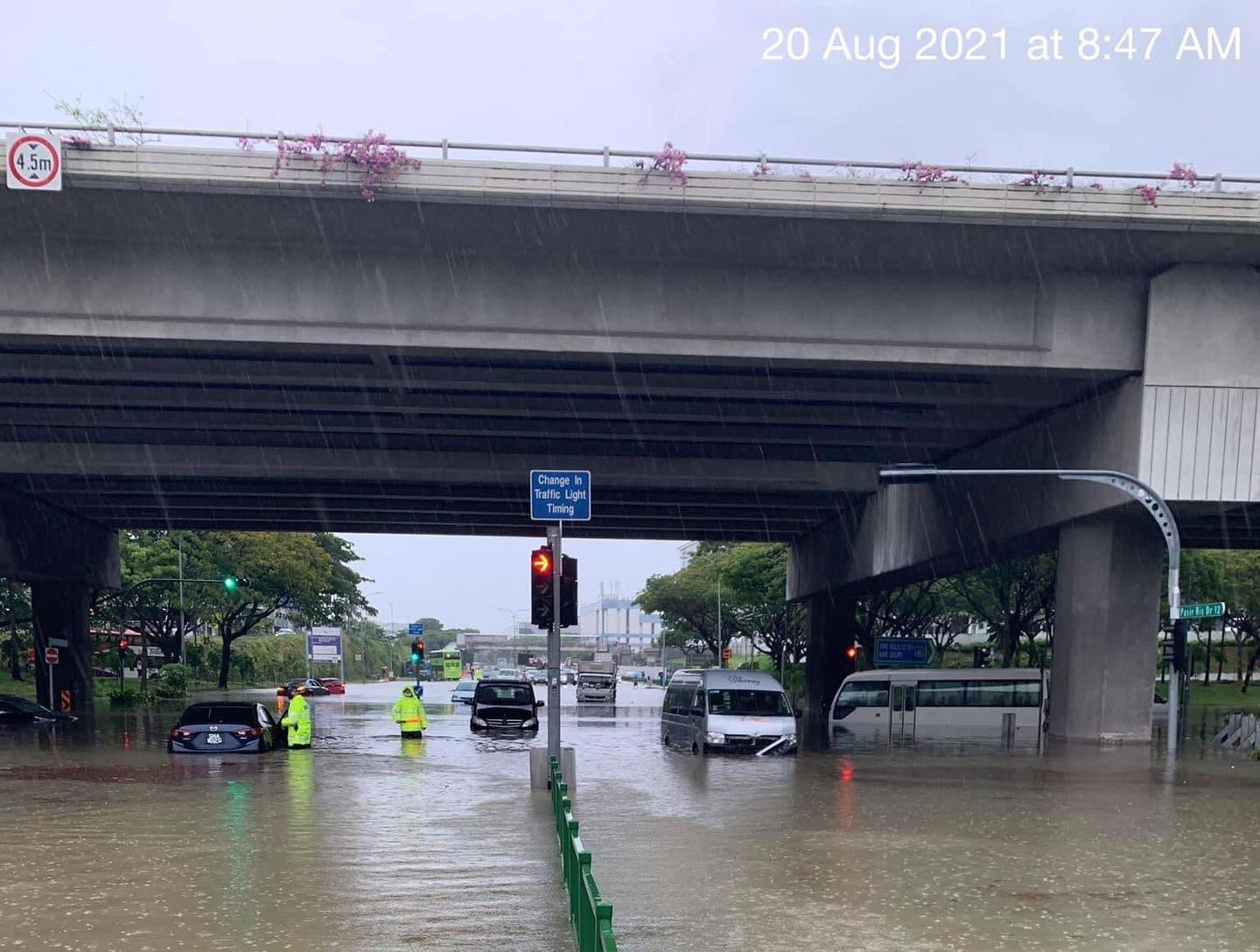 The junction of Tampines Ave 10 and Pasir Ris Drive 12 isn’t a low-lying area or flood hot spot, they added.

The MSS’ predictions are usually spot on, so it looks like the latest spell of “Singapore winter” will persist for some time yet.

Let’s hope we won’t see more of the shocking floods that resulted in some motorists being stuck.

Don’t forget to bring your umbrella if you’re going out, and take the chance to wear some thicker clothing.