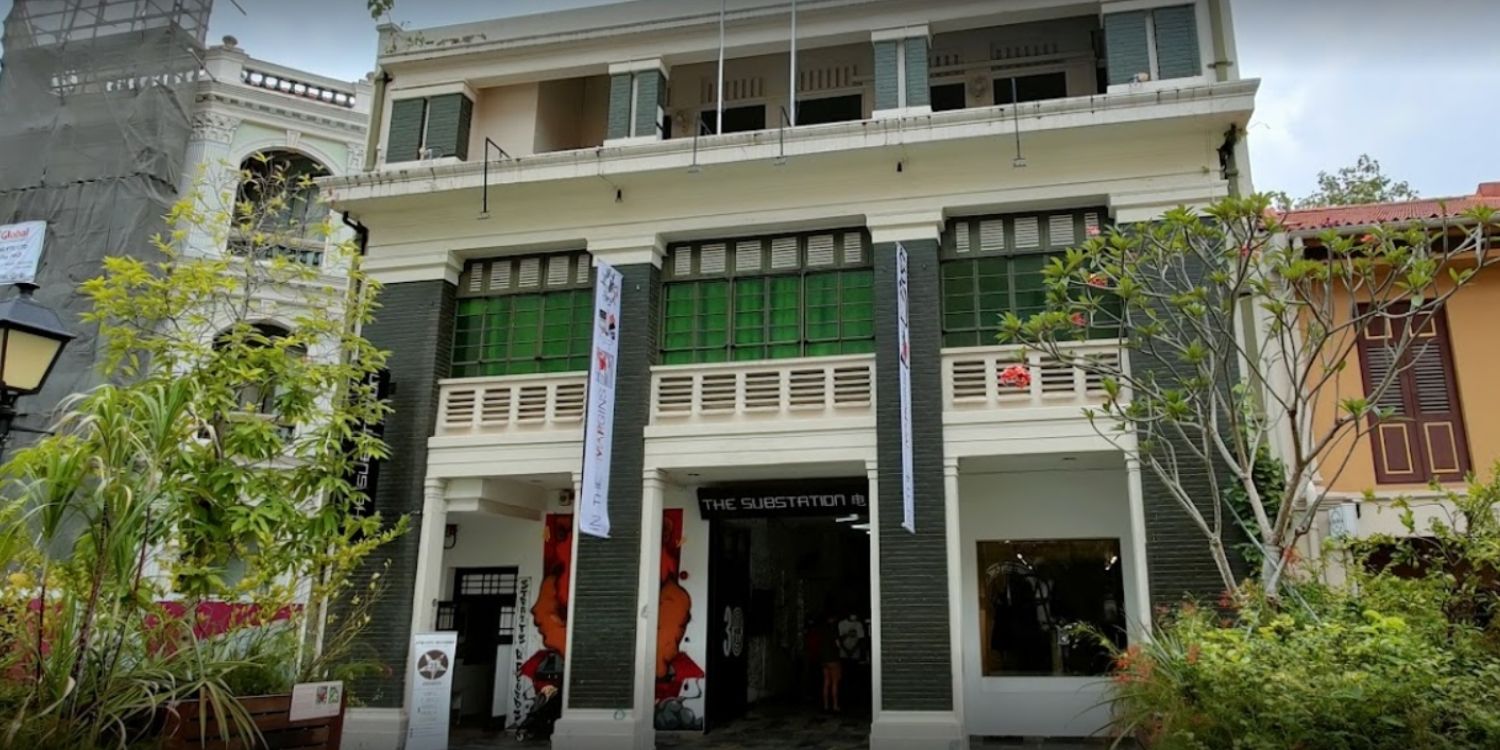 The Substation Will Remain Open But As An Arts Company Instead

Singapore often tries to develop its art industry, which has improved over the years. However, like many other sectors, it has also suffered quite a bit due to the Covid-19 pandemic.

In March this year, The Substation announced its permanent closure. However, they took to Facebook today (23 Jul) to announce that they will remain open. 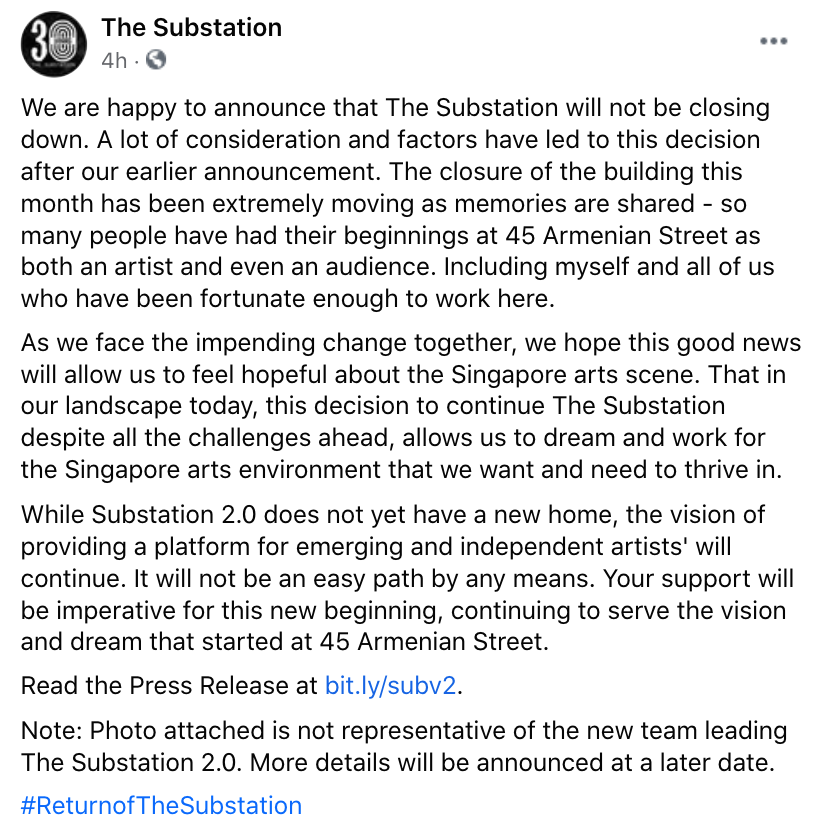 Instead of an arts centre, they’ll convert into an arts company to improve Singapore’ arts scene.

Previous decision to close The Substation

In The Substation’s previous media announcement, they had decided to close down after much thought. This was agreed upon after discussions with the National Arts Council (NAC) and several members of the local arts community.

Apart from Covid-19 affecting their fundings, there were 2 other reasons for their decision.

Firstly, The Substation’s original building at 45 Armenian Street required renovations, forcing them to vacate for 2 years since last July. This would cause them to lose their identity and heritage.

Secondly, without full control of the building’s operations, The Substation can no longer operate as an independent arts centre and incubator.

Proposals to keep The Substation open

Despite the decision to close, many members of the local arts community felt that it was a pity. Hence, they took the initiative to draw up proposals on how The Substation can be sustained.

As The Substation largely relies on funding from donors, it was crucial to come up with something financially sustainable.

After multiple discussions and brainstorming, The Substation finally announced that it will remain open. 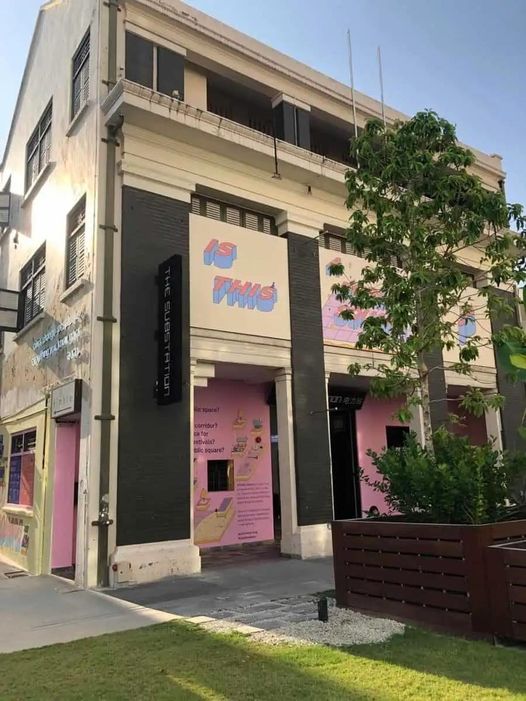 Pending significant restructuring, they noted in their press release that,

Substation 2.0 will have to streamline and restructure significantly in order to function effectively as an arts company and create a future post 45 Armenian Street.

While they didn’t specify a new location, the quote implies they’ll be exploring a future elsewhere, outside of their current address at 45 Armenian Street.

Despite the evolution from an arts centre to an arts company, The Substation’s core mission remains the same — to discover, nurture, and support any new and diverse voices in the arts.

To create a path for emerging artists

With The Substation 2.0, they want to pave the wave for emerging independent artists through incubation and mentorship.

To be the home for the arts through meaningful engagement of the artistic community; and to create a regional presence in southeast asia through engaged partnerships and collaborations.

It will also have a new Board that has a good mix of diversity in experiences and background.

The Substation to continue cultivating the arts in Singapore

As The Substation has helped to provide a safe space for the arts scene in Singapore, sustaining it is crucial to the industry.

Thankfully, The Substation has found a way to survive the odds and remain open, keeping its traditions alive.

Hopefully, with it around, local artists can continue to thrive in a welcoming space.