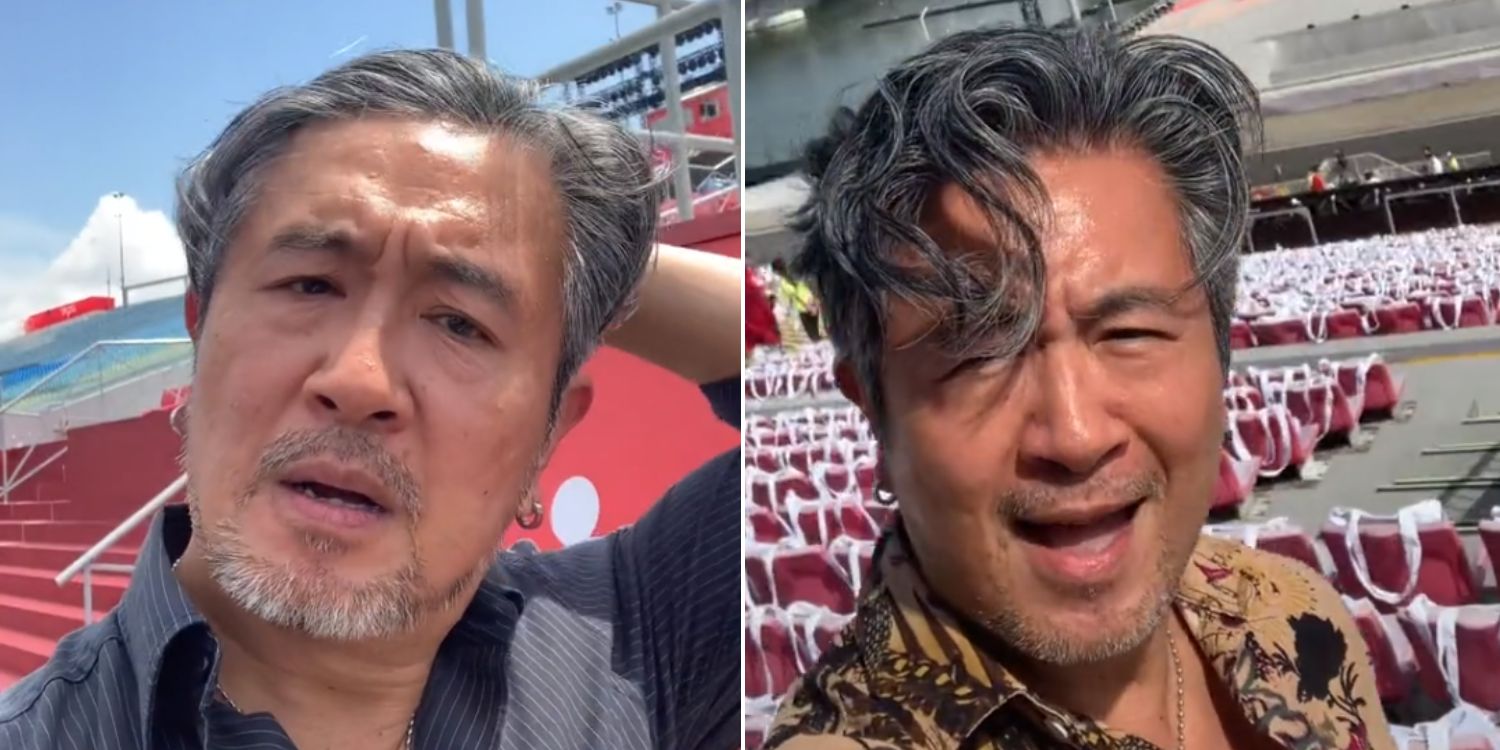 Some call him the Johnny Depp of Singapore.

Singaporeans Thirst Over Adrian Pang In The Straits Times’ TikTok

Most Singaporeans will recognise or be familiar with the name Adrian Pang thanks to his long list of acting and hosting credits.

These days, the veteran entertainer is spending more time behind the scenes, thanks to his role as co-artistic director of theatre company Pangdemonium.

More recently, he was tapped by the National Day Parade (NDP) to be its creative director.

Nonetheless, thanks to a series of thirst comments on TikTok, Adrian Pang has been thrust back into the spotlight again.

On Monday (8 Aug), The Straits Times (ST) posted a TikTok featuring Adrian Pang to drum up excitement for the NDP the next day.

The short clip starts by showing the 56-year-old donning casual clothes and sweeping his greying hair back.

He then performs a popular TikTok transition by stepping down on the screen and lifting his foot away to reveal a transformation.

The transition is done in sync to the beat of “Icon”, a track by Jaden Smith.

The clip ends with Pang wearing a more festive-looking beige floral shirt, and panning the camera around to show off the event venue.

Not long after the video was posted, comments from excited viewers began flooding in, though not about the NDP itself.

Instead, many seemed to be gushing over Pang and his looks.

Taken by his ‘silver fox’ appearance, commenters did not hold back when expressing their admiration for his appearance.

One netizen shared her surprise upon seeing so many “simping” for the entertainer.

Another viewer likened him to wine, saying he has gotten better-looking with age.

The video also led one commenter to reminisce about the time they watched Pang in a play that had a shirtless scene.

Another fan implied that everyone in the comment section could not get enough of the video, which has since racked up over 240,000 views.

Judging by the spell Depp recently cast over swooning females following the infamous trial against his ex-wife, one can see how the comparison plays out.

The thirst comments apparently became so overwhelming that the ST TikTok admin had to jump in on the conversation.

In one comment, they quipped that Pang had stepped on their phone, which they claimed was worth it.

The admin also cheekily reprimanded the thirsty commenters, judging them all for “misbehaving”.

In case the video has made anyone curious about Pang’s relationship status, he has been happily married since 1995. He and his wife Tracie have two sons together.

TikTok comments never fail to entertain us all

While the outcome of the video may not have been what ST initially hoped for, we daresay it succeeded in getting more people pumped for NDP.

Kudos to ST’s social media team for such a well-executed video and to Pang for orchestrating an NDP filled with memorable moments.