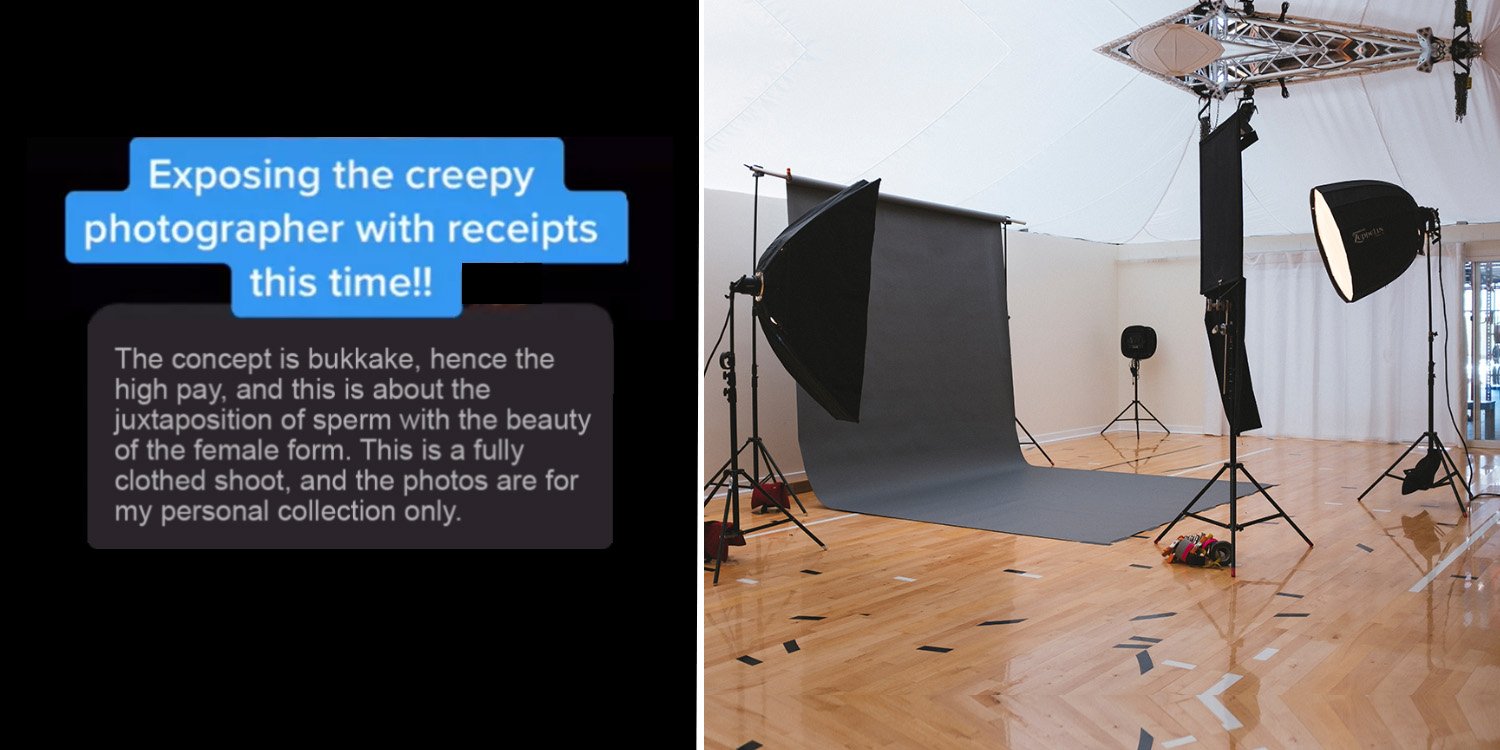 Social media is a great way to connect with other people, make friends, and keep in touch with the world. That makes it a double-edged sword, as one TikToker found out.

The woman, who goes by the name Valerie, posted a video on 11 Jun saying she had been offered $9,000 to pose for a photoshoot.

A police report has been lodged and the case is currently under investigation.

According to Valerie’s video on TikTok, the offer was sent via Instagram message. 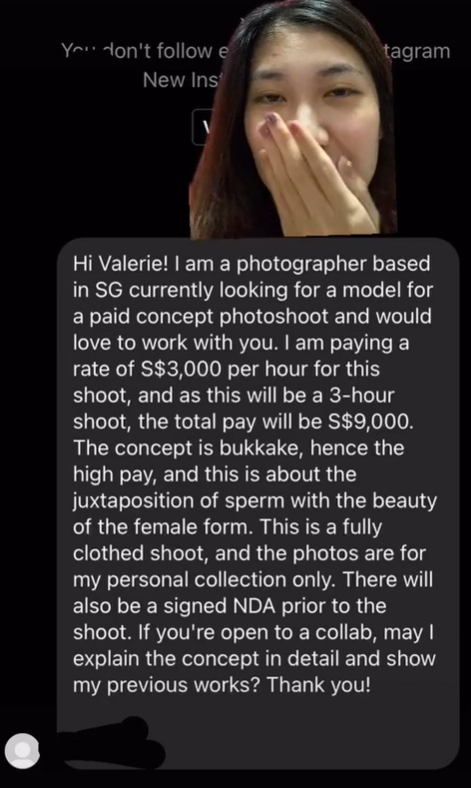 The Instagram message continues: “This is a fully-clothed shoot, and the photos are for my personal collection only. There will also be a signed NDA (non-disclosure agreement) prior to the shoot.”

Valerie told AsiaOne that she shared the offer on TikTok because she thought it was weird and funny.

That was when the power of social media kicked in. The TikTok video garnered more than 170,000 views and almost 450 comments.

When several women commented that they had received similar offers, it dawned on Valerie that this issue was serious.

On 21 June, she posted another TikTok video to warn others of this case. In the video, she also shares an Instagram story uploaded in May by another woman who received a similar offer by email.

This woman replied to the email with a series of questions and received more details of the photoshoot, such as that the photoshoot would include 60 men.

According to AsiaOne, a police report has been lodged and the police are investigating.

This case is scary. There are people out there ready to prey on the innocent. But the good news is that social media can be used as a force for good.

It is truly heartening to know that so many people reached out after the first video, sharing their own experiences. That made Valerie realise how serious the situation was.

And she has now taken that a step further with her public service announcement. Let’s stay alert and vigilant, and reach out and support each other on social media.

Featured image adapted from TikTok and from Emmanuel Acua on Unsplash.