Titus Low Marries M’sian Influencer 1 Month After Meeting Her, Says She’s The One 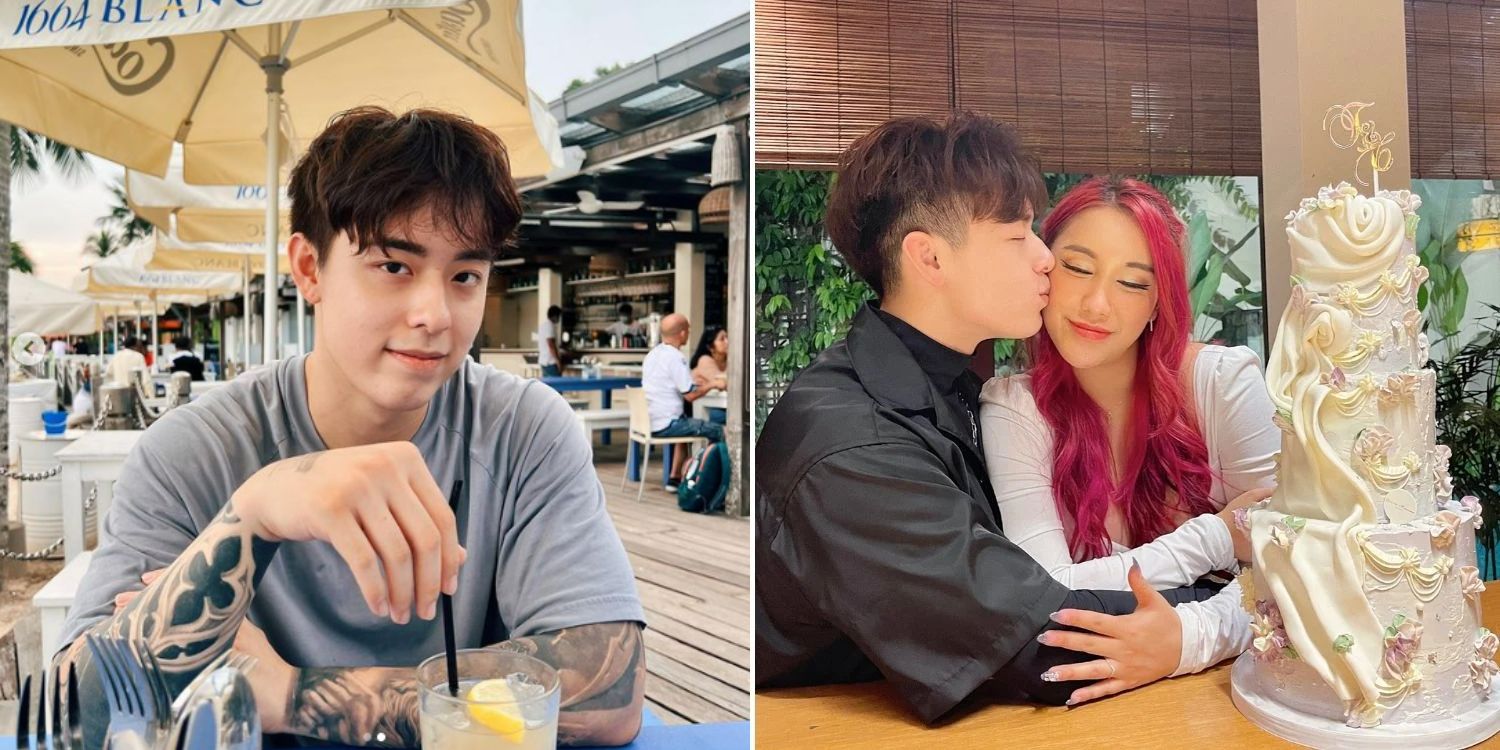 They got engaged two weeks after meeting at a social networking event.

Titus Low may be a controversial name to some given the nature of his former job as an OnlyFans content creator, which led to his arrest.

However, it looks like his life has taken a turn for the better as he has found love.

On 6 Jun, Low dropped a bomb on Twitter when he announced his engagement to Cheryl Chin, a Malaysian influencer and talent under Jianhao Tan‘s Titan Digital Media. 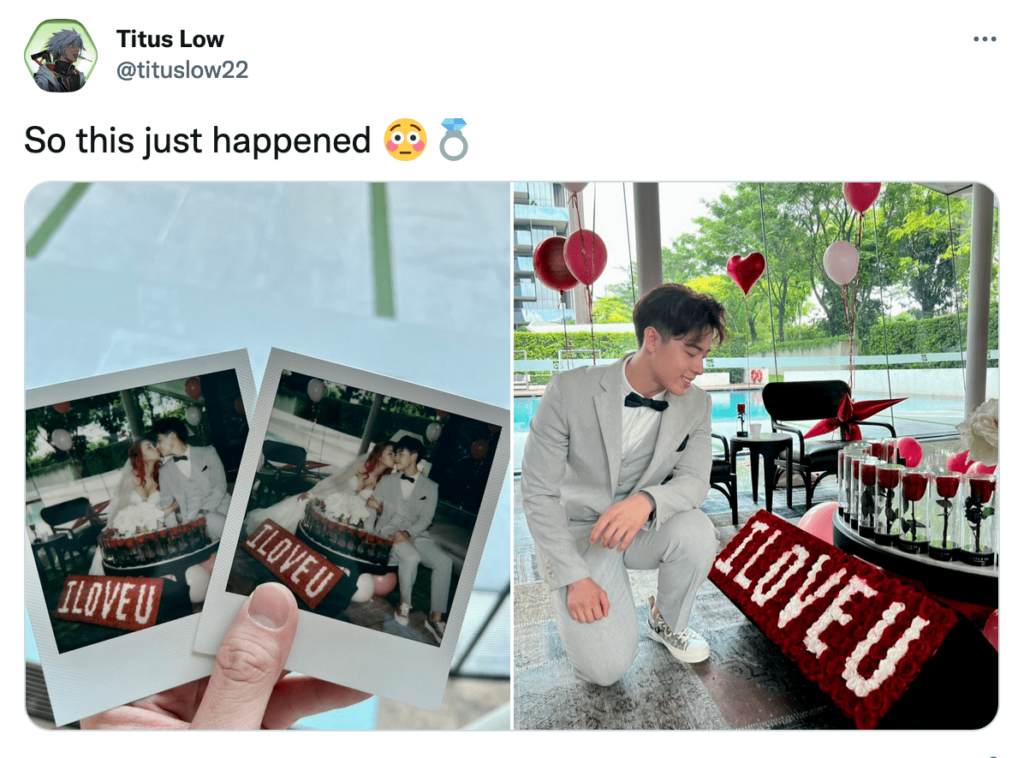 He further elaborated on his plans on his YouTube channel, sharing that they got engaged two weeks after meeting at a social networking event.

In his video, Low said that the two started dating shortly after they met, and he knew she was “The One”.

The clip ends with a teaser for his next video, which shows him and Chin at what looks like an intimate wedding ceremony.

Titus Low marries Cheryl Chin one month after meeting her

In a YouTube video posted on Tuesday (14 Jun), Low elaborated on his relationship with Chin.

He got straight to the point at the beginning of the video, declaring that he was getting married “tomorrow”.

According to Low, they went from strangers to a married couple in less than one month.

Apparently, the two got to know each other at a social networking event organised by Tan.

After chatting with Chin, Low felt that he had a “very nice connection” with her, so they continued to meet and interact daily on Instagram. 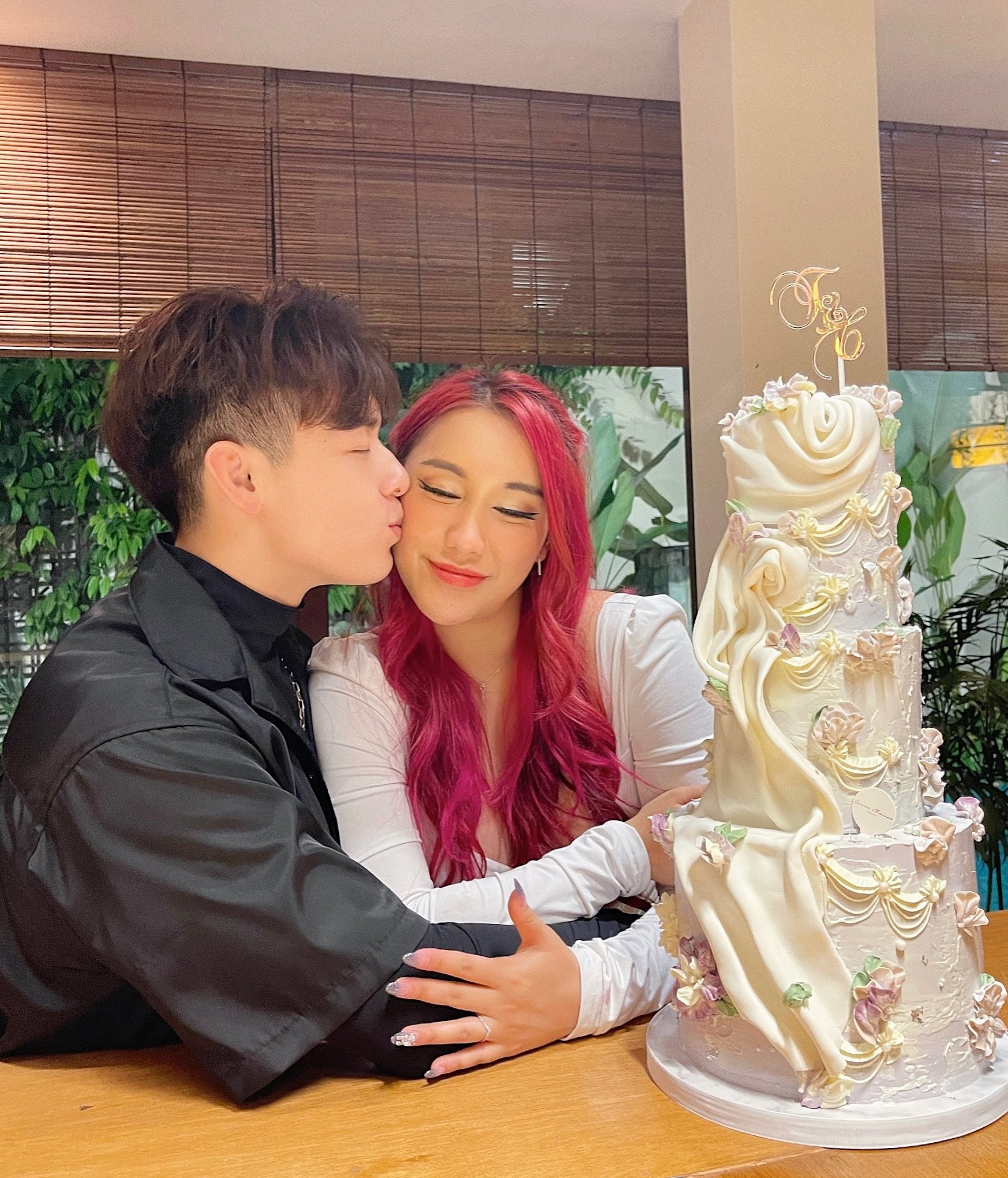 Two weeks later, they got engaged. Low revealed that he “somehow proposed to her” in a restaurant surrounded by friends who were “very supportive” of them. He believes this is why they were in such a “YOLO (you only live once) mode”.

“But so far, it’s pretty all right and I hope that it will turn out well,” he said.

Low included a segment in the video that shows him trying out wedding suits. The couple also picked out their engagement rings together.

He believes that she is “The One”

Low reiterated in his video that he knew Chin was “The One” as she gave him a “different feeling” compared to his previous partners.

Furthermore, the couple has similar interests, such as dabbling in non-fungible tokens (NFTs).

Low also shared that Chin currently lives in Los Angeles, where he also plans to stay for a couple of years. In addition, Chin likes dogs, which Low described as a “green flag” for him.

Moving forward, he told his fans that they can expect more couple content. He is even going to create a whole new channel for it. 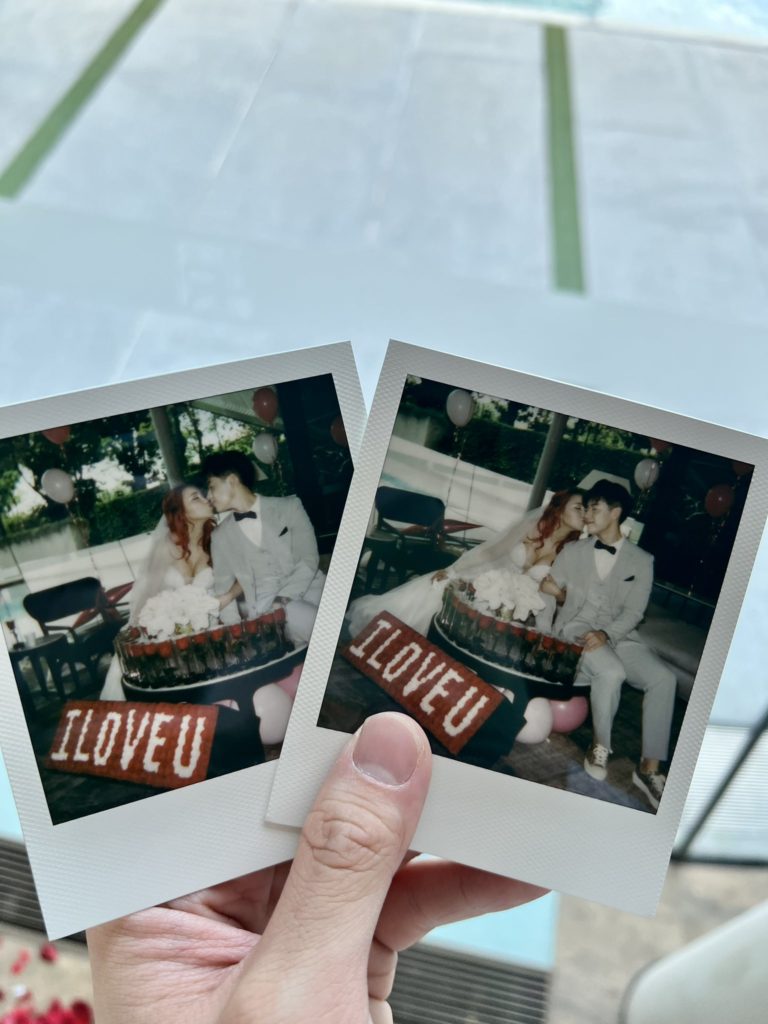 In the meantime, viewers can look forward to his next video, which he said will show “what went down during the wedding-slash-engagement party” that happened on 6 Jun.

The clip ends with snippets from the party, during which the couple wore full wedding garb and gave speeches in a lavishly decorated room.

Low also left a comment on his own video declaring that he loves his “wife”, so we guess things are pretty official now. Jianhao, who was present at the event, seemingly confirmed it as a wedding in an Instagram story today (17 Jun), which he captioned “We planned a wedding for @titusslow and @charbe8r in 24 hours!”

You can watch Jianhao’s video here:

Wishing the newlyweds a blissful marriage

Even though this sudden news may be shocking to many, love always calls for a celebration.

What’s more, fans can look forward to going “aww” over Low and Chin’s lovey-dovey moments on their upcoming YouTube channel.

We congratulate the couple on this happy occasion and wish them many blissful years of marriage to come.