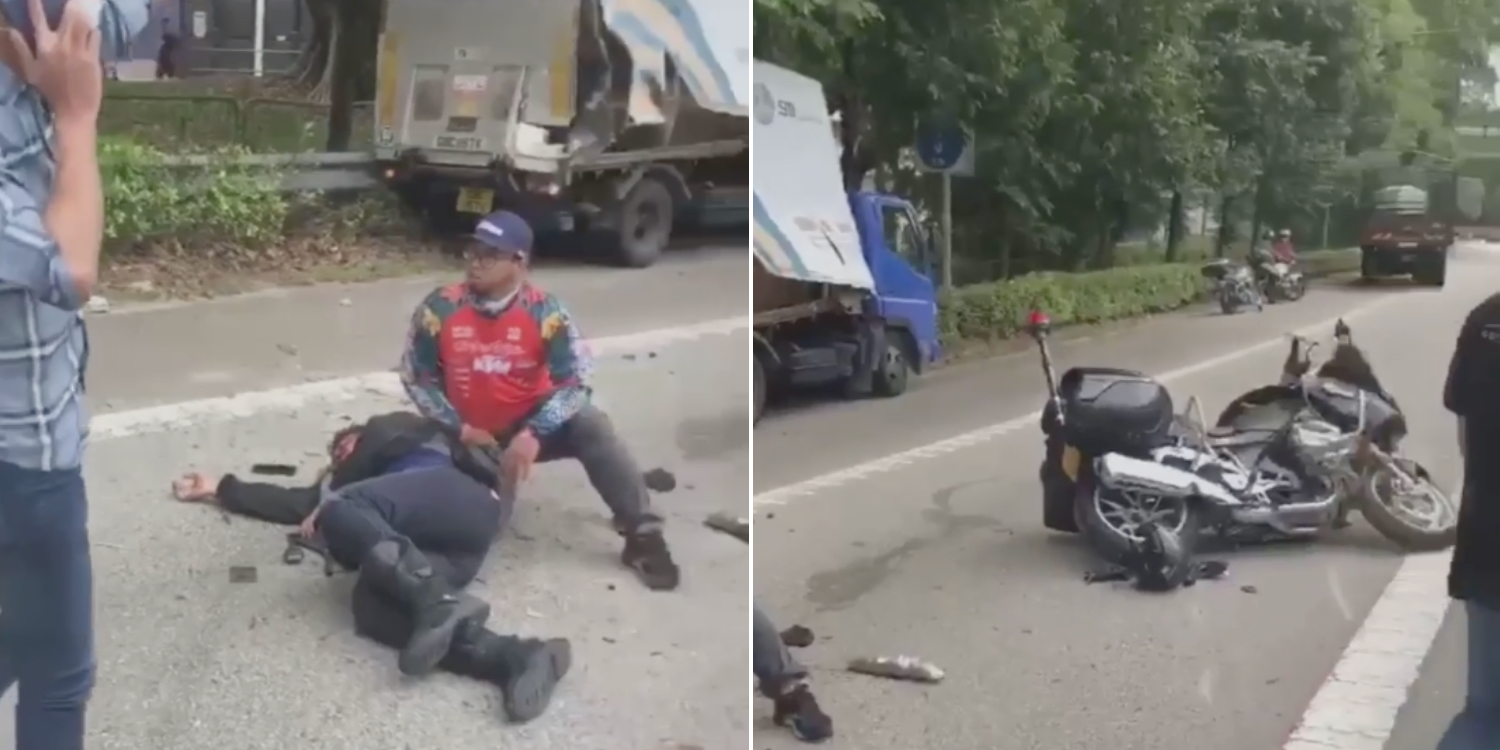 Driving on the expressway requires vigilance as vehicles move at higher speeds.

A traffic police (TP) bike and 2 lorries were involved in an accident on the Pan-Island Expressway (PIE) this morning (3 Feb). 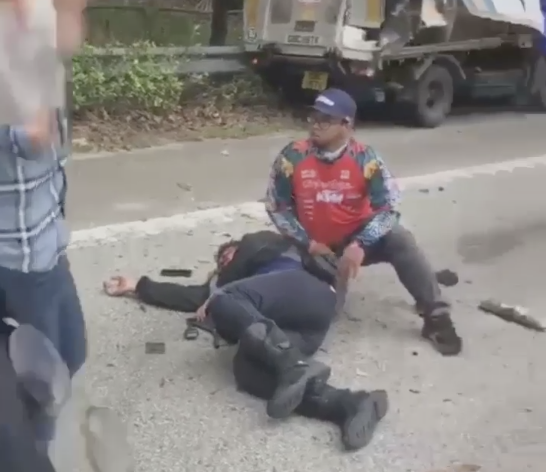 A TP officer was checking a stationary lorry for a road offence when another lorry collided into the first one.

This left debris scattered across the expressway’s lanes.

The officer involved appeared to be part of the TP’s Special Operations Team.

TP bike and lorry hit by vehicle on PIE

The incident took place before the Tampines Ave 5 exit on the PIE.

Police told Channel NewsAsia (CNA) that a TP officer had stopped a lorry for traffic offence checks at around 11.30am.

While this was going on, a 2nd lorry collided into the first one, causing the lorry to hit both men, who were standing in front of it.

In a post on Facebook group SG Road Vigilante on Wednesday (3 Feb), a damaged black TP bike along with a battered lorry can be seen toppled on the PIE. 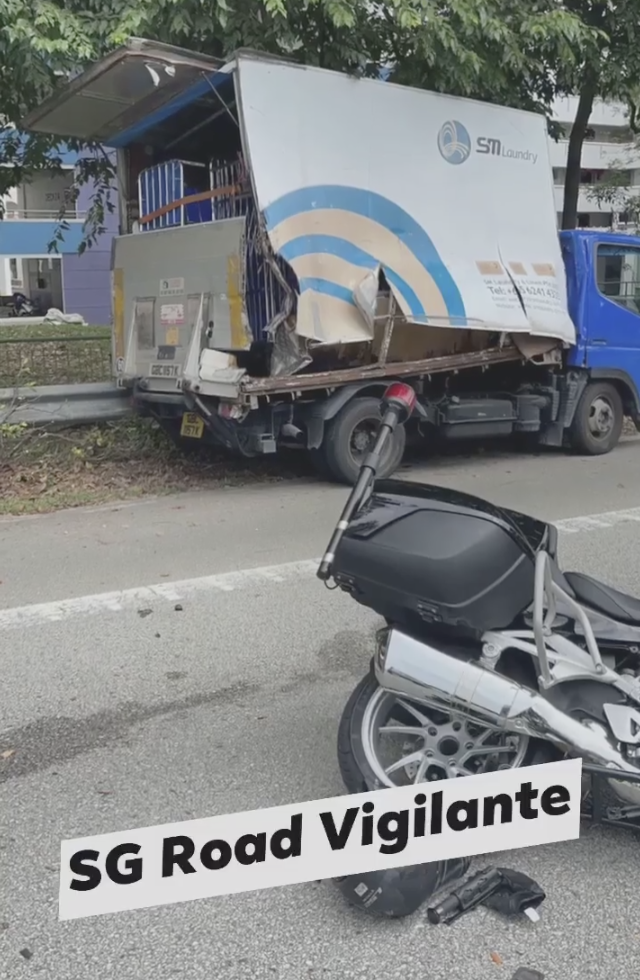 The officer, wearing a black jacket, appeared to be lying unconscious in the middle of the road.

Motorists could be seen attending to him and calling the authorities while directing traffic away from the scene. 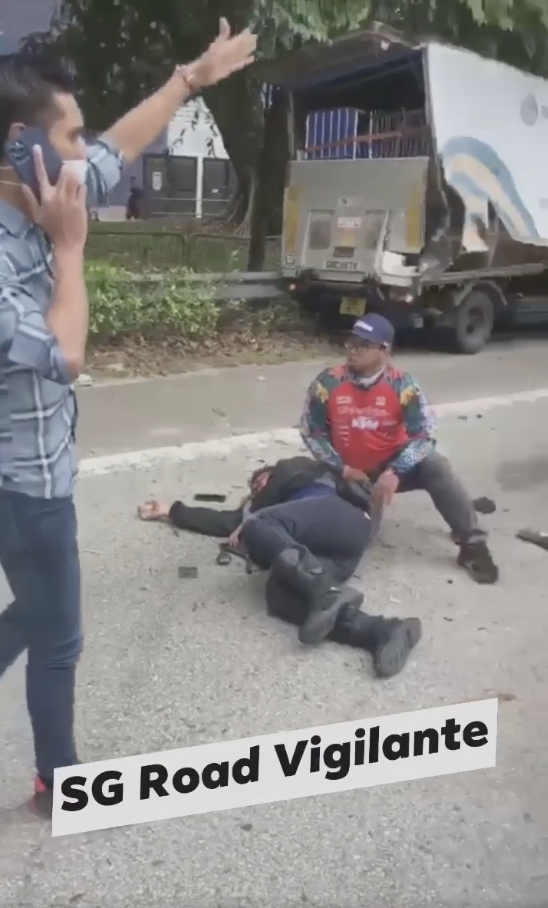 According to The Straits Times, the injured man looks to be part of the TP’s Special Operations Team, an elite covert unit that focuses on road offenders.

On another lane, another group of people could be seen attending to a motorist in neon green. Debris can be seen scattered across multiple lanes, showing the strength of the impact.

The Singapore Civil Defence Force (SCDF) told MS News that they were alerted to a traffic accident along the PIE towards Changi Airport at about 11.40am on 3 Feb. 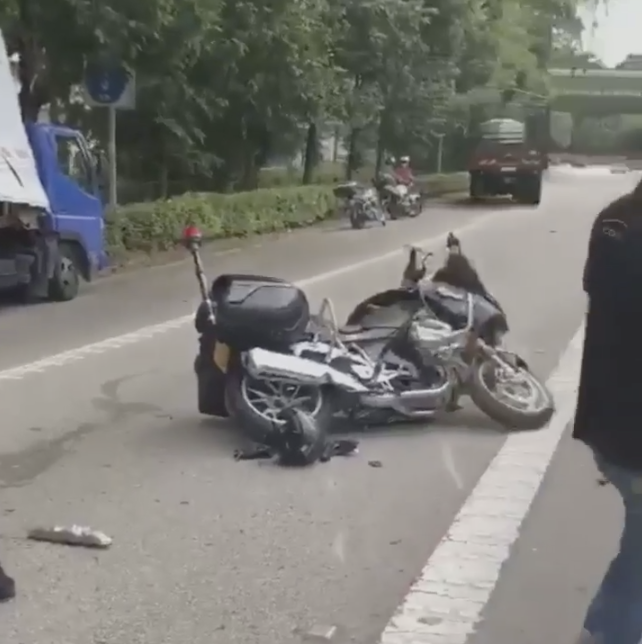 They said 2 persons – the 68-year-old driver of the first lorry and 34-year-old TP officer – were taken to Changi General Hospital.

Wishing a speedy recovery for the injured

With debris and victims scattered across lanes, this accident scene on the PIE is a chilling sight. It is also a reminder to drive with safety and vigilance.

After all, smaller vehicles such as motorbikes are more vulnerable to impacts.

Let’s hope for the speedy recovery of both motorists sent to the hospital.

This is a note to always be aware when driving on the road, especially expressways.