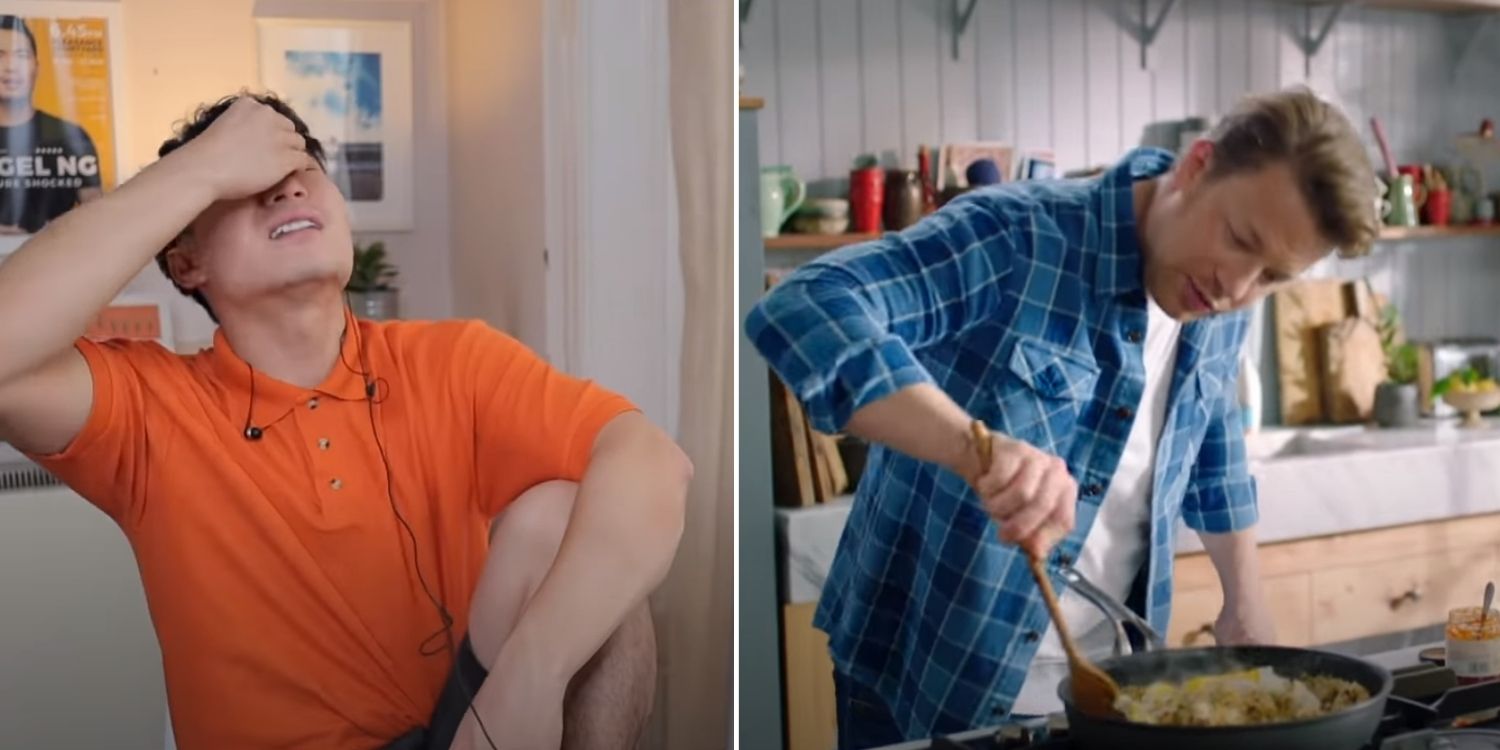 We cry laughing at him.

When lunch or dinner time comes and there’s nothing to eat, throwing in a few ingredients and frying up some rice will usually save the day.

Simple, easy and delicious, egg fried rice is a dish that most of us know how to cook.

Suffice to say, he’s no more impressed with the professional chef than his last celebrity host encounter.

Off to a rocky start with the wrong pan

2 seconds into the video, Uncle Roger already has a problem with it.

He hilariously critiques Jamie’s choice of kitchenware when making the fried rice. 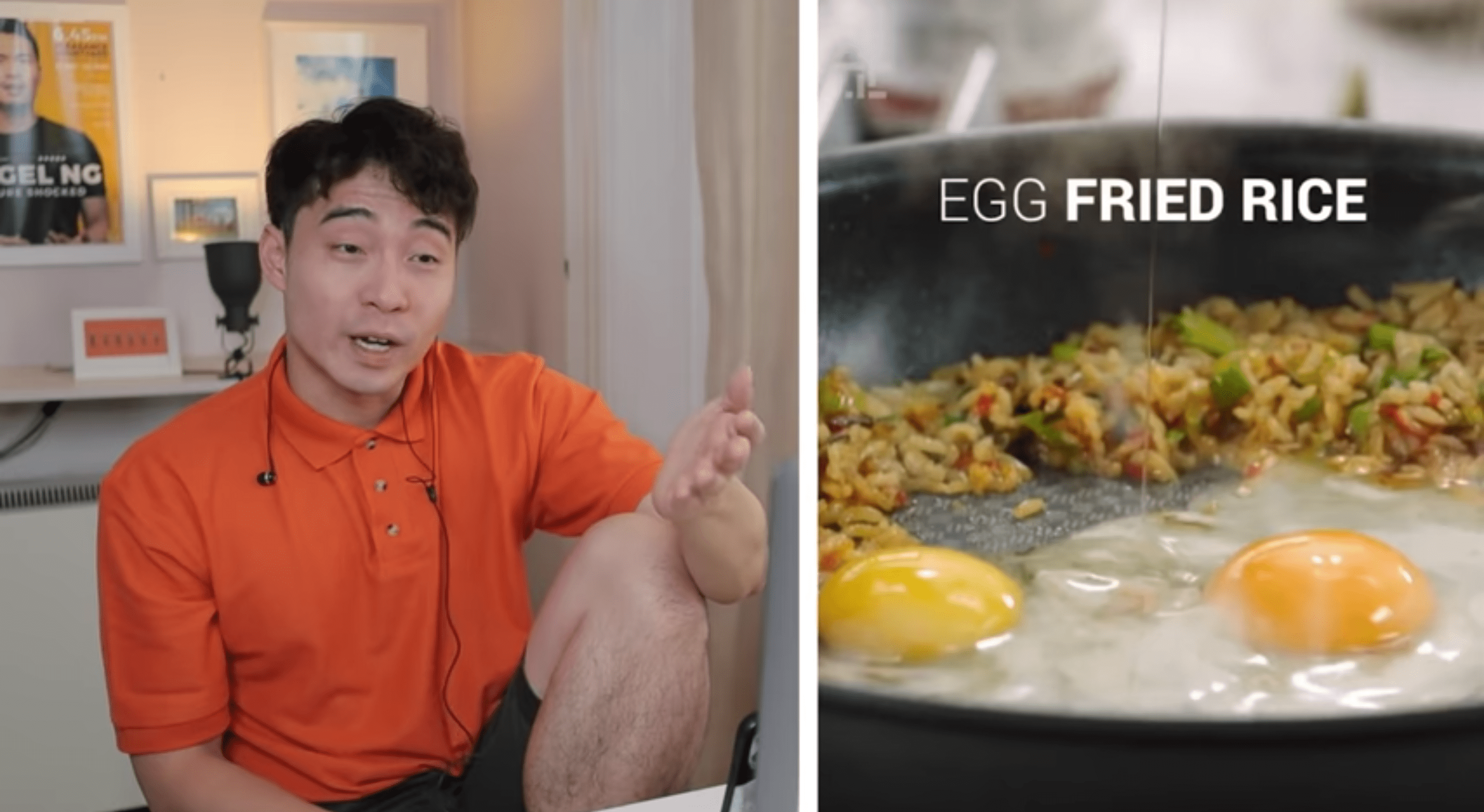 Jamie Oliver uses a saucepan to cook the egg fried rice, to which Uncle Roger asks, “Where your wok?” 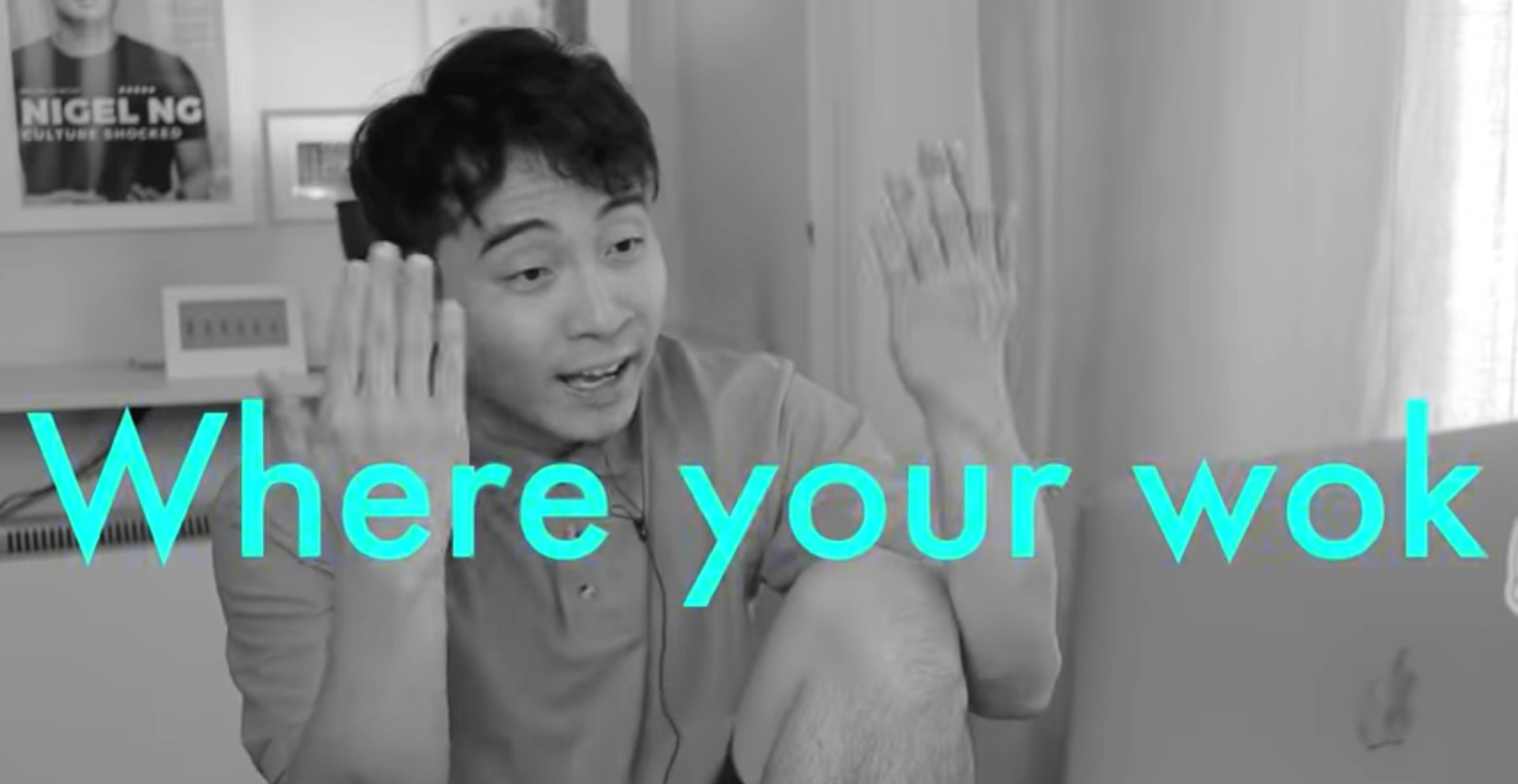 He believes the wok hey taste and smell is essential in an egg fried rice and there’s no such thing as ‘saucepan hey’.

Once the pan gets hot, Jamie starts off with olive oil to cook his egg fried rice.

To which, Uncle Roger responds that olive oil is like “white people oil, not suitable for Asian dishes like egg fried rice”. 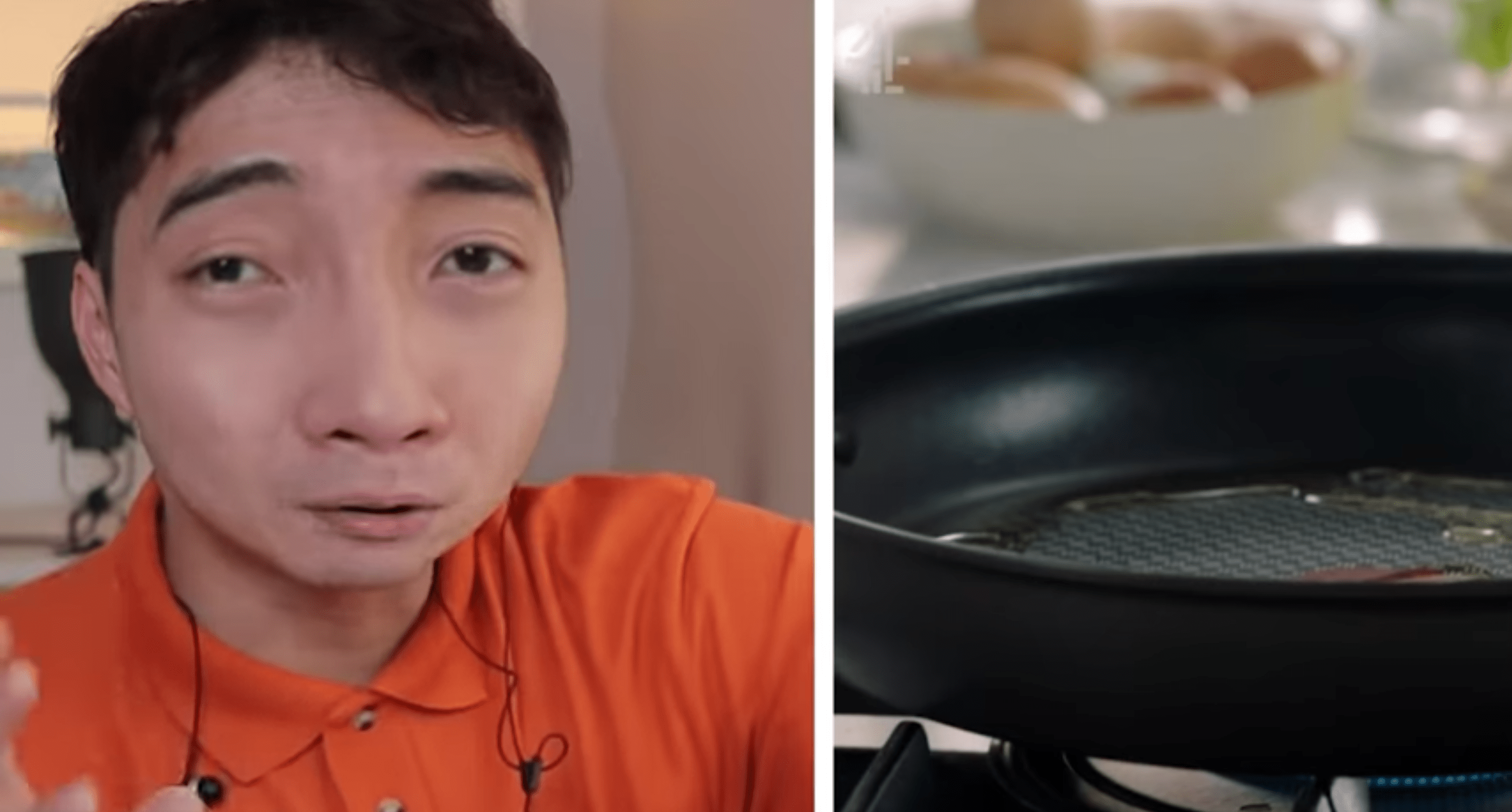 As if the first errors weren’t enough, Jamie goes on to put the chopped spring onions into the pan, to Uncle Roger’s utter dismay. 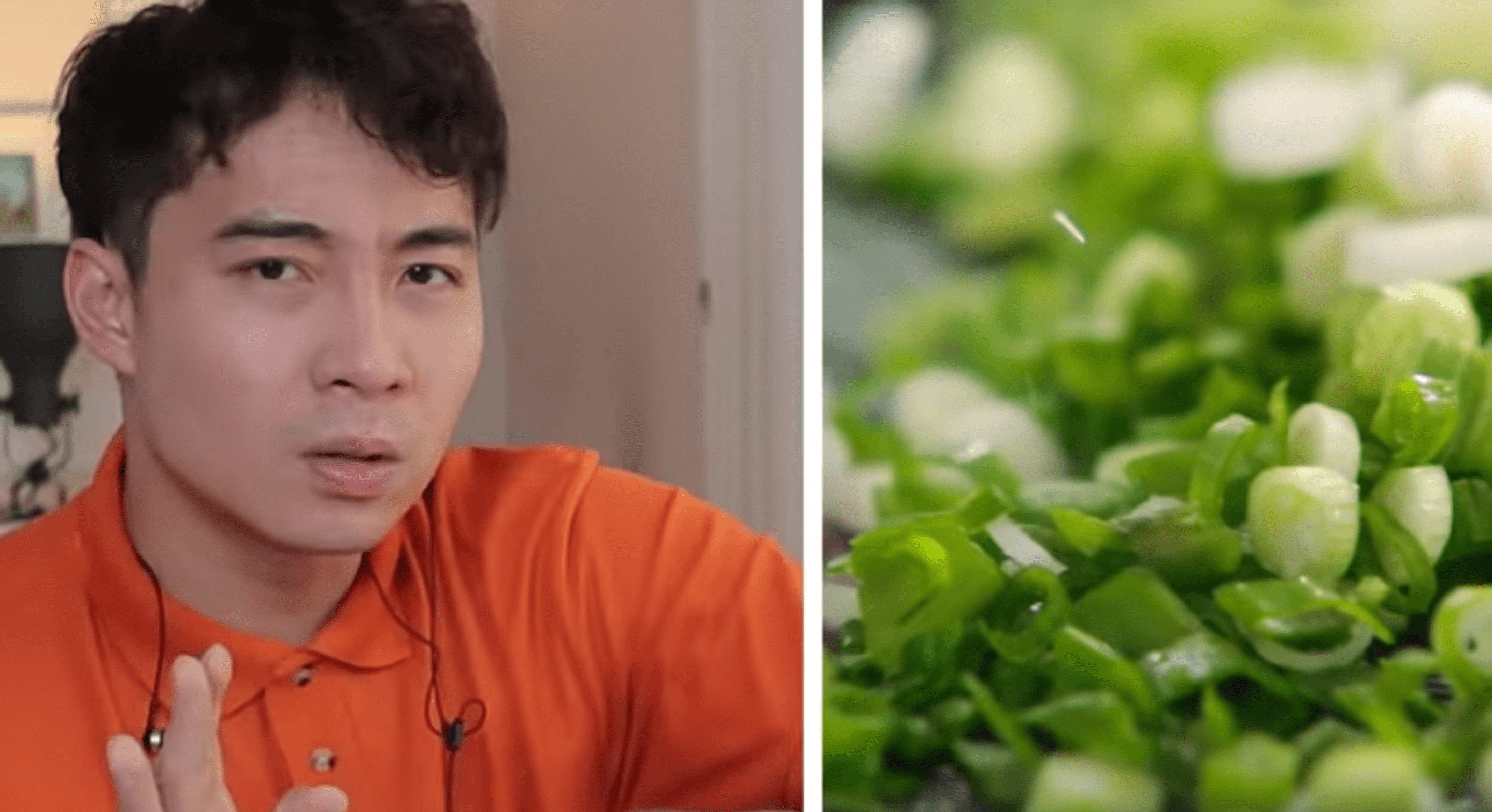 Using a packet of instant rice does nothing to soothe his dissatisfaction, though Jamie’s tip to chill the rice before cooking offers a slight comfort.

As the fried rice cooks, he amusingly says,

You hear sizzling, I hear my ancestors crying.

As Jamie reaches into a drawer which Uncle Roger observes looks very white, the YouTuber seems to be bracing himself for the worst.

His nightmare comes true when Jamie adds a dollop of chilli jam into the pan. 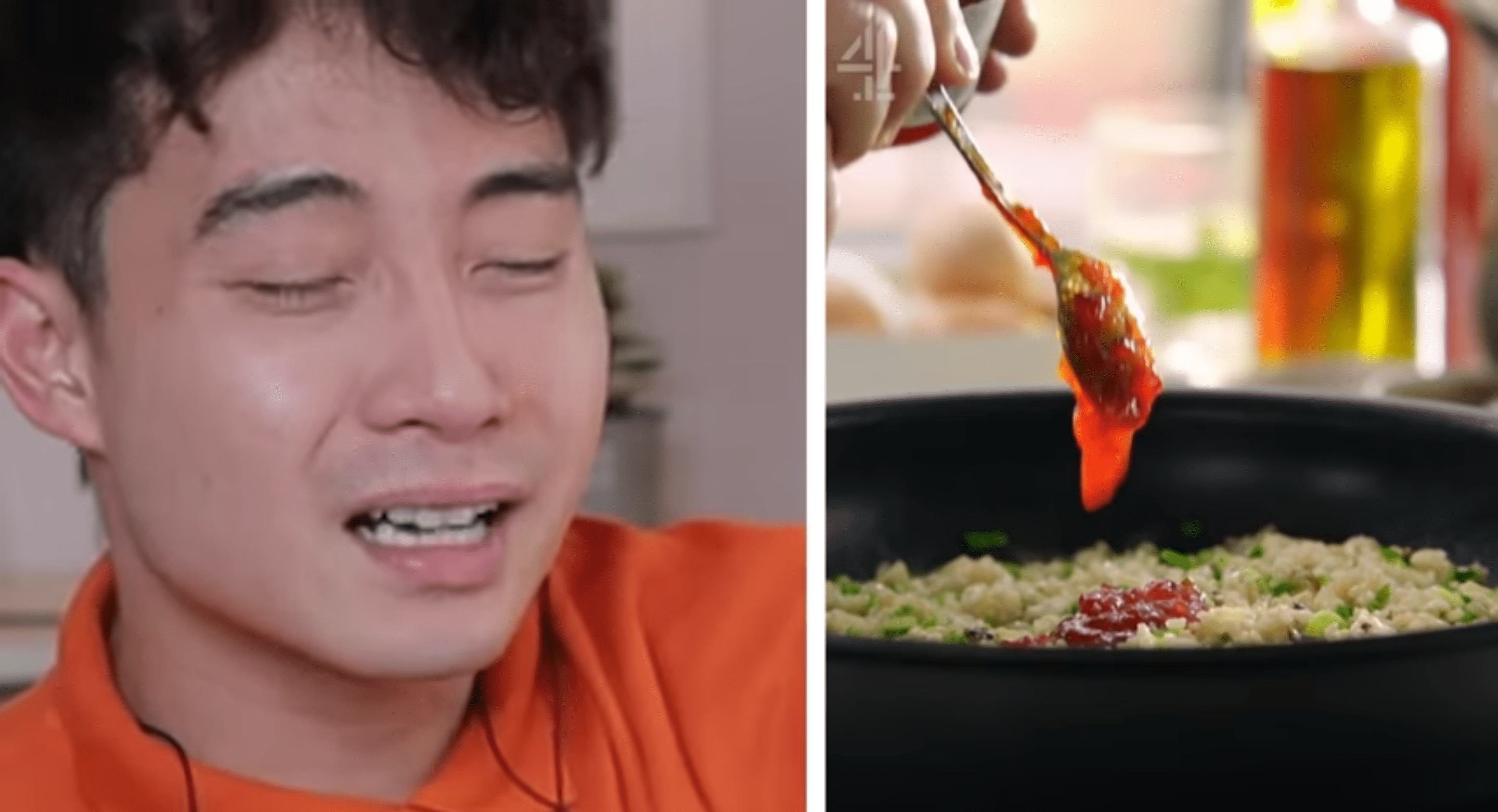 Immediately, Uncle Roger grimaces while commenting, “that is so weird thing to use”, in his exaggerated accent.

He then jokes that Jamie can make peanut butter and jelly fried rice next. 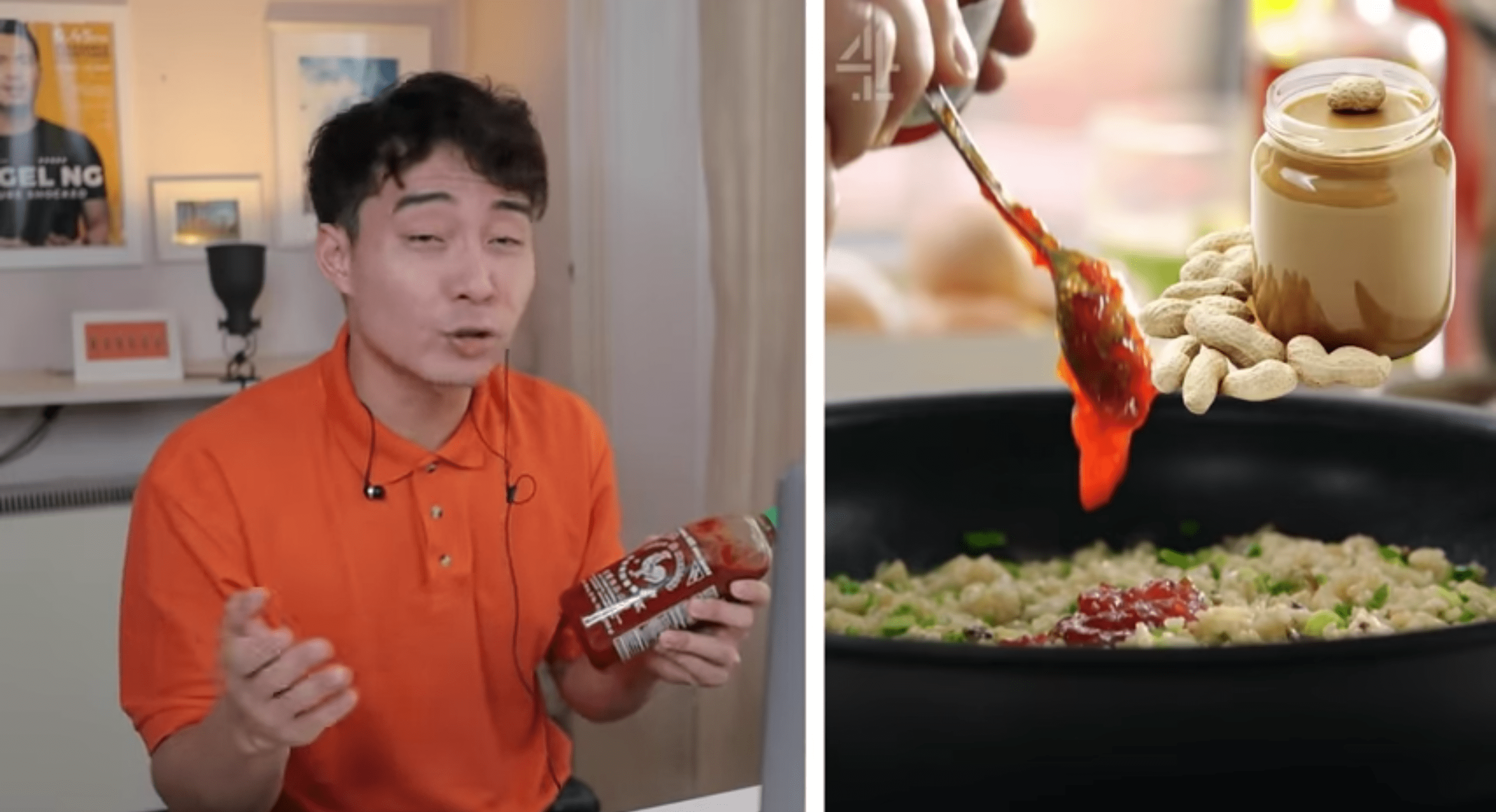 No Uncle Roger fried rice critique would be complete without his judgement on what you do with rice.

When Jamie Oliver adds a splash of water while cooking his fried rice, Uncle Roger loses it. 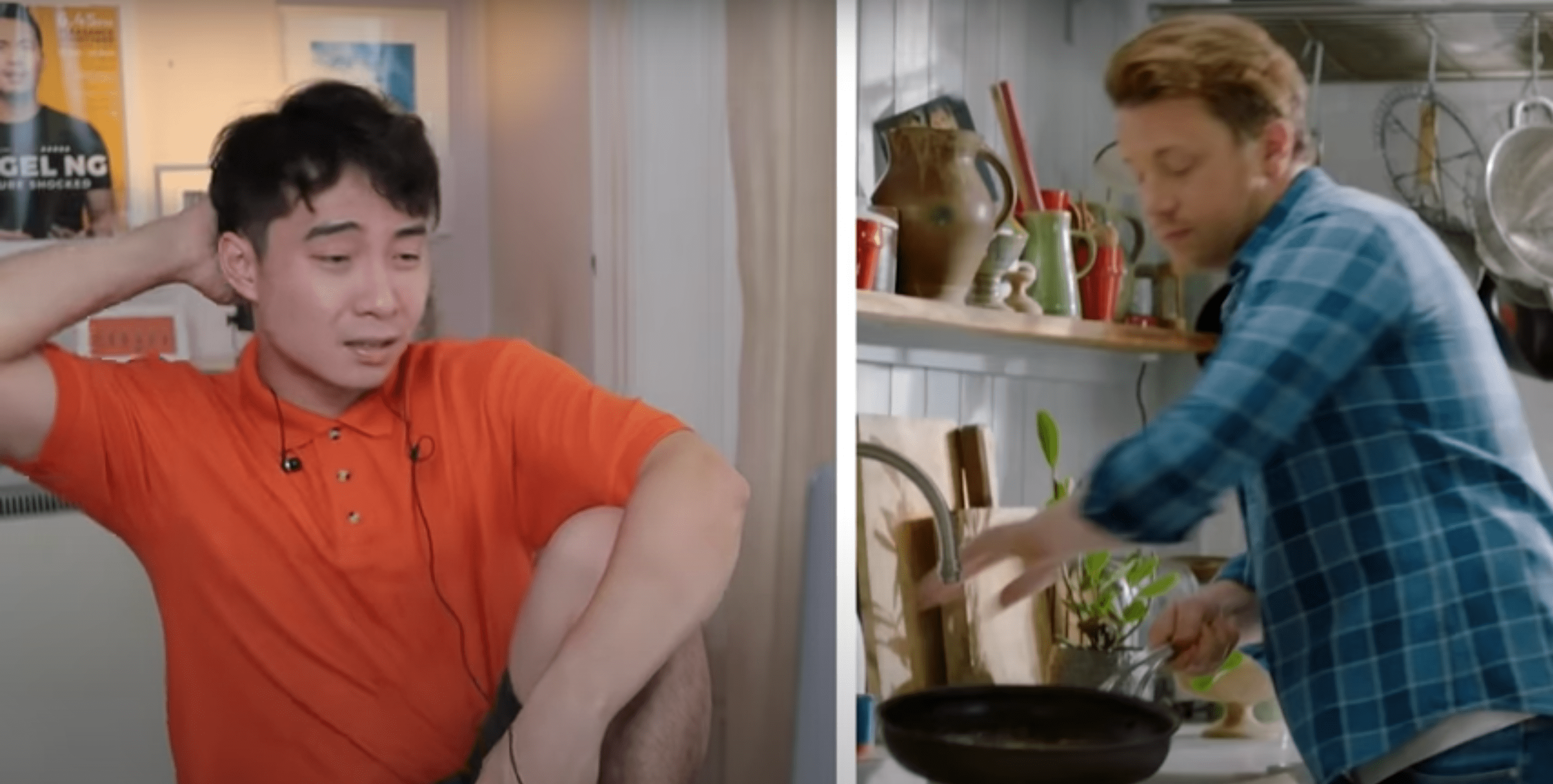 Later, he comments that the rice looks so wet, you can see your reflection in it.

Making a reference to the popular soundtrack to Disney’s Mulan, he jokes,

Mulan is going to start singing when she sees this rice.

After a quick search online, he humorously concludes that Jamie Oliver just hates rice after finding an article describing the chef’s rice as cultural appropriation. Uncle Rogers ends off with his criticism that Jamie Oliver’s fried rice is “Too wet, no garlic, no MSG, he break the tofu, no wok”, it is all wrong, he says.

The Malaysian comedian will make any chef break out in sweat when he critiques the way they cook egg fried rice.

Before you decide to make such a video of your own and upload it online, maybe take some tips from the self-proclaimed expert himself.

One thing’s for sure, he certainly entertains and amuses with his persistence at cooking fried rice the right way.