US Ah Ma’s Grandson Raises $1.2M For Her Recovery, She Donates All To Combat Asian Hate Crimes 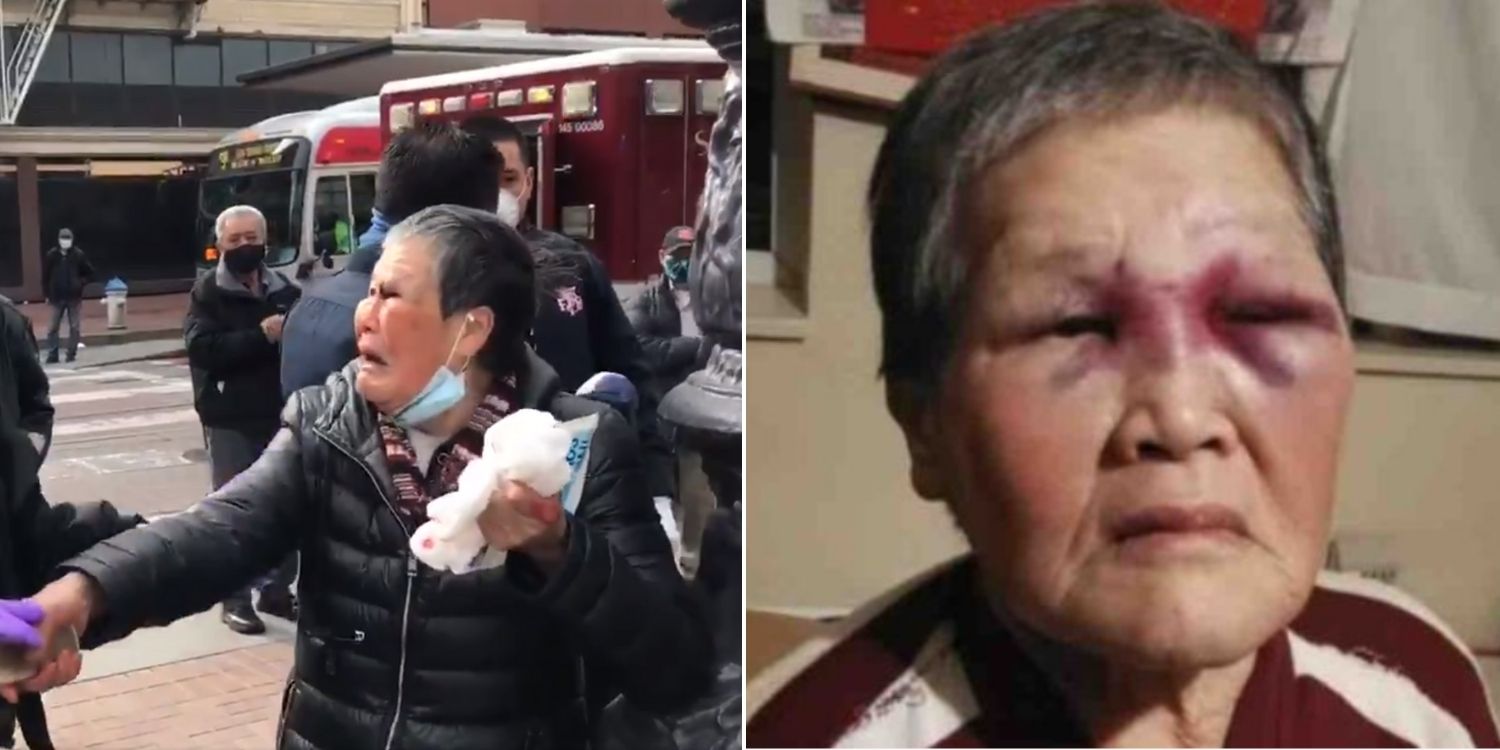 She says the issue is bigger than her.

On 18 Mar, a 76-year-old ah ma in San Francisco made headlines when she fought back against her attacker, amidst a spate of alleged hate crimes against Asians in the US.

Ms Xie and family, however, decided to donate all the funds to help combat hate crimes against Asian Americans instead.

Ah ma donates S$1.2 mil to help Asians in the US

On Tuesday (23 Mar), John shared the family’s decision on the fundraiser platform. 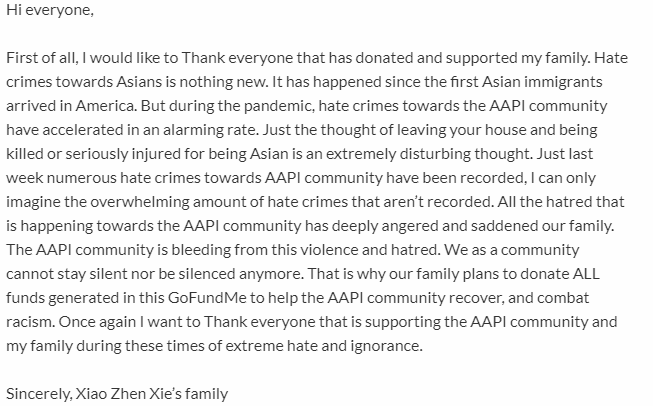 Thanking the outpouring of support for his grandma, John says that they plan to donate all the money to the Asian American and Pacific Islanders (AAPI) community.

The funds will go into helping victims of attacks recover, and fight back against racism.

According to American news site CBS’ journalist Betty Yu, Ms Xie and family finalised the decision to donate all funds on 23 Mar.

In his most recent update, John shares that ah ma‘s mental and physical health have improved.

Regarding the decision to give away all the funds raised, ah ma apparently explains that this is because the “issue is bigger” than her.

The family also seeks the public’s understanding in their decision.

On top of turning the tables against her attacker, Ms Xie showed impressive grit in recovering from the ordeal and refusing to admit defeat.

By donating the funds to fellow victims, the fundraiser becomes one for a bigger, and more pressing cause.

We hope that the AAPI community in the US can benefit from her charitable act, and stay safe in these trying times.