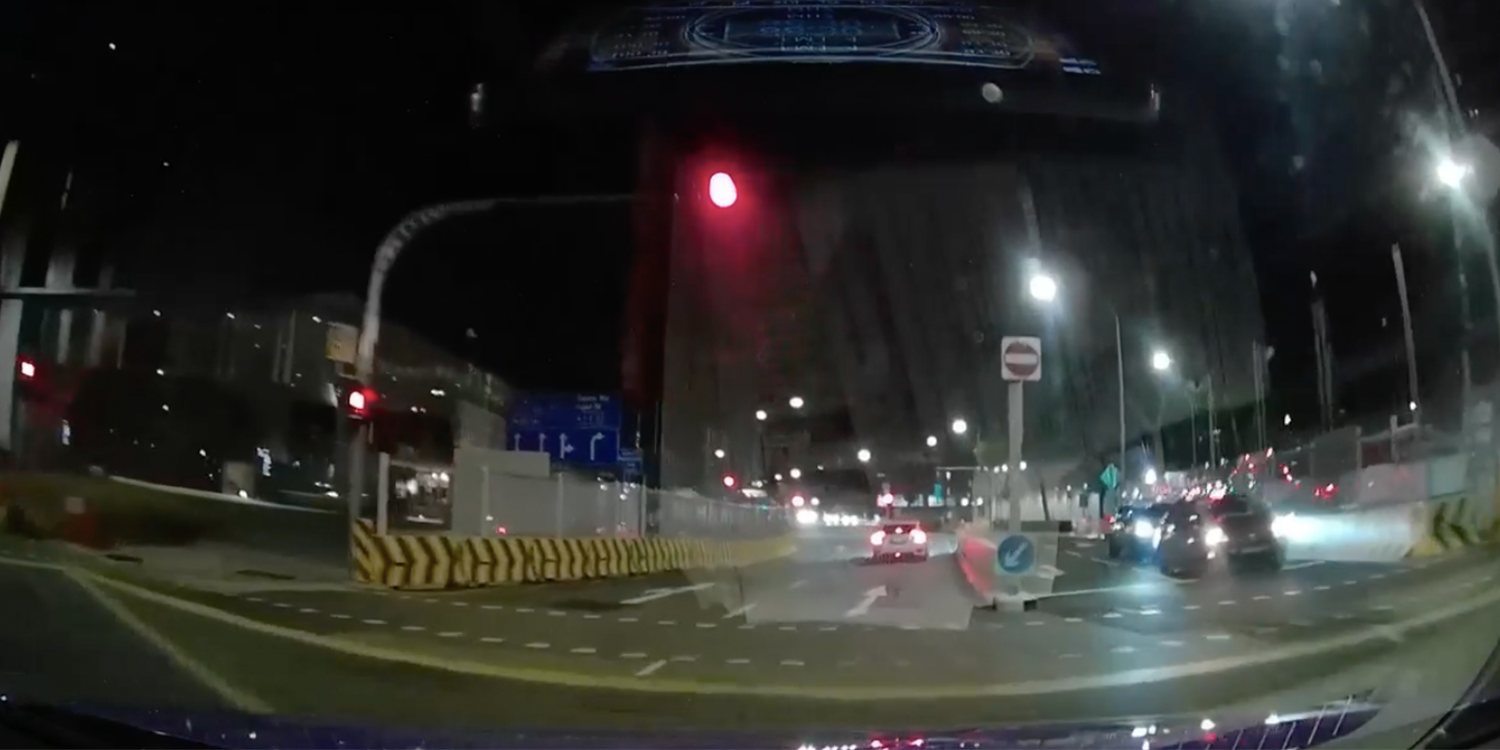 Valet drivers typically have years if not decades of driving experience. Hence, clients need not fear for their safety when these professional drivers are behind the wheel.

Unfortunately for one lady, she got assigned a valet driver who didn’t seem the best at driving.

She recently took to Facebook to share the negative experience she had with the driver who beat a red light and came close to chiong-ing a second.

Though the driver managed to brake in time for the 2nd red light, the lady thought it wasn’t worth risking her safety and screamed for the driver to get off.

According to the timestamps, the incident happened on Thursday (2 Sep) at around 11pm.

In the first video, the car was seen approaching a traffic light along Maxwell Road.

Though the amber light had clearly turned red, the driver showed no intention to slow down and eventually beat the red light.

Aware of what had happened, the lady could be heard asking the driver to “drive safely”. She even questioned him whether he knew how to drive.

In response, the driver replied that he did know how to drive. He, however, struggled to justify his actions and merely mumbled “it was because the traffic light was red”.

The lady then questioned the driver again on why he ran the red light if he knew he should’ve stopped. Sadly, the video got cut before we could hear the driver’s reply.

In the 2nd video, the driver was seen approaching another red light along the same road, and similar to the 1st clip, showed no intention to slow down.

Though the traffic light was clearly red as the car approaches, the driver only stopped when the lady shouted at him,

What are you doing? That’s a red light!

At this point, it’s clear that the lady could no longer take the dangerous driving.

She continued shouting that she did not want the driver to drive anymore and demanded that he got off.

Though the driver apologised profusely, the lady remained adamant about him getting off.

Eventually, it seemed the lady got out of the car as the sound of a car door slamming could be heard while her voice became more distant.

You can watch the videos here.

Motorists engage valet drivers when it might be dangerous for them to be behind the wheels.

It’s hence rather ironic if the valet driver ended up being a dangerous driver themselves.

Kudos to the lady for being vigilant. We hope she managed to get home safely.