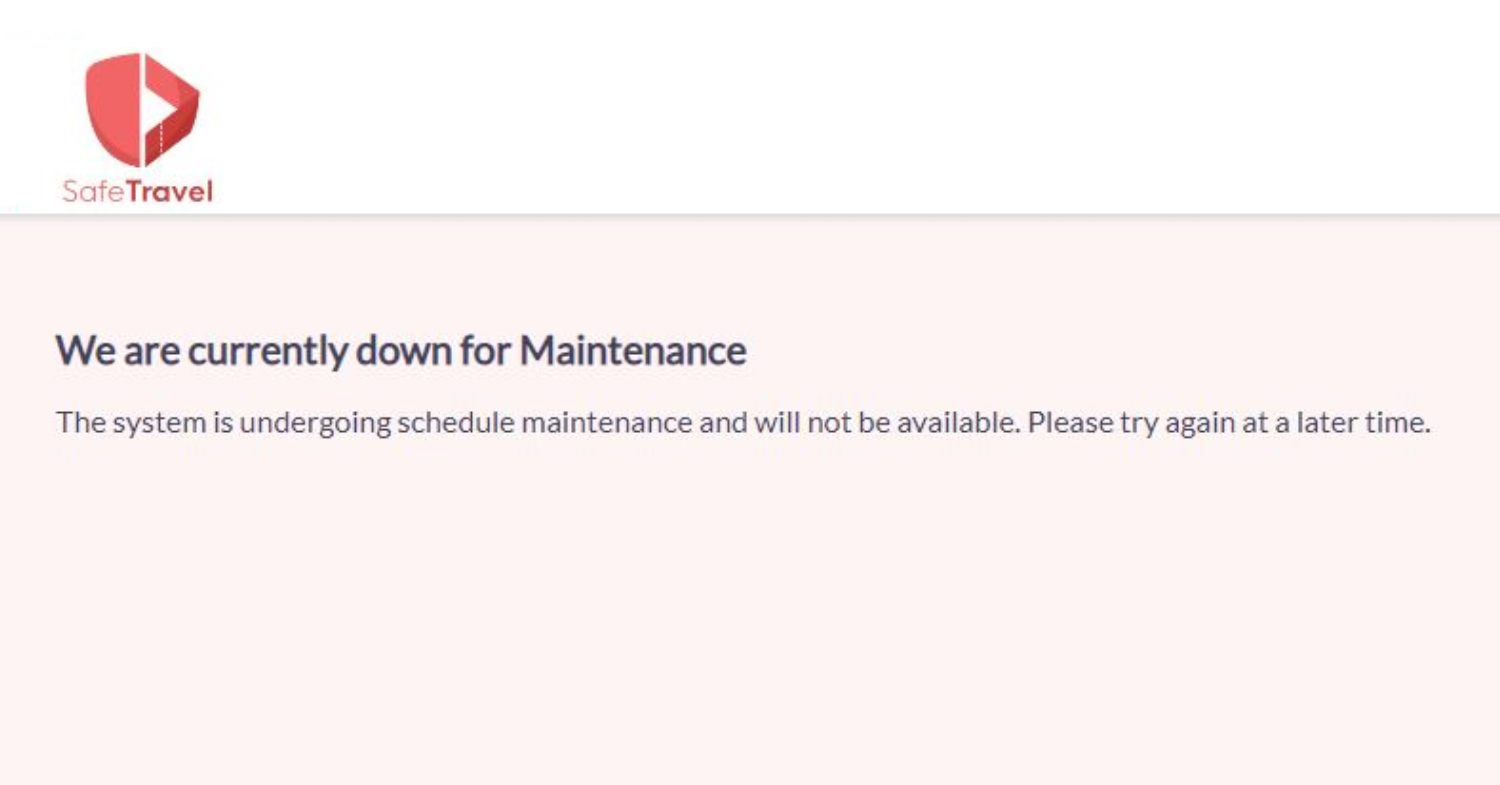 With Singapore’s borders closed for several months due to the pandemic, many would’ve been waiting for the day when they could enter.

So when Vaccinated Travel Lanes (VTLs) opened up to our neighbours Malaysia and Indonesia, it’s not surprising that they would jump at the chance to apply.

Unfortunately, this surge in applications caused an Immigration and Checkpoints Authority (ICA) website to crash for 5 hours. ICA said it regretted the inconvenience caused to users.

Applications opened at 10am

After the VTLs with Malaysia and Indonesia were announced, it was also revealed that short-term visitors and long-term pass holders would have to apply for a Vaccinated Travel Pass (VTP) to enter Singapore.

Applications for those coming from Malaysia and Indonesia would open at 10am, Monday (22 Nov) on the SafeTravel website. 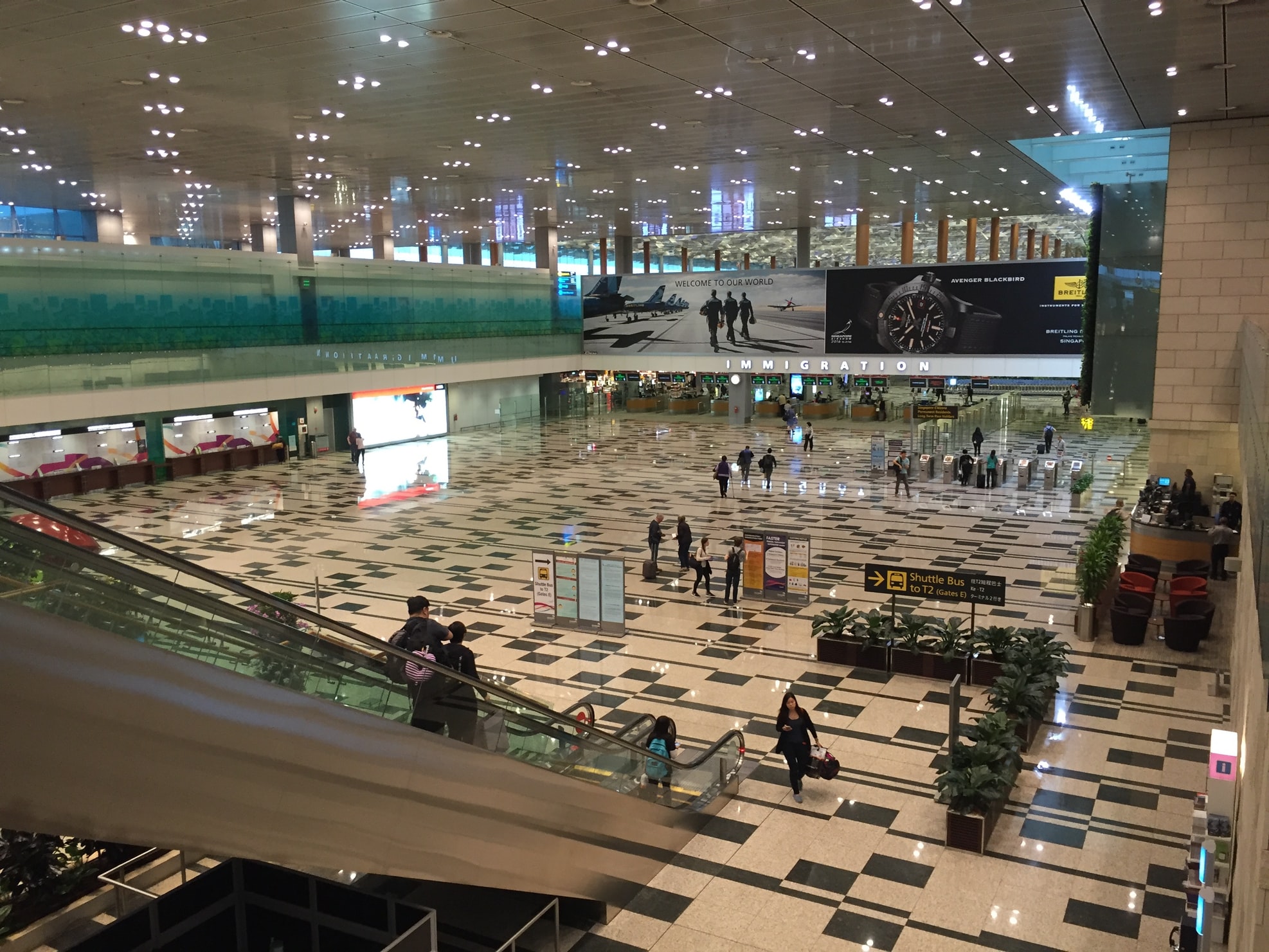 Those coming from India, Finland, and Sweden would also be able to apply on the same day, but from 6pm only.

Concurrent surge of applications at 10am

Amazingly, a “concurrent surge of applications” occurred at 10am on 22 Nov, The Straits Times quoted an ICA statement as saying.

That was when the VTP applications opened for Malaysian and Indonesian travellers.

This caused the SafeTravel website to go down at about 12pm. Instead, a message saying it was undergoing maintenance appeared.

Other users who visited the VTL overview webpage saw a notice saying that the VTP application was “currently unavailable”. 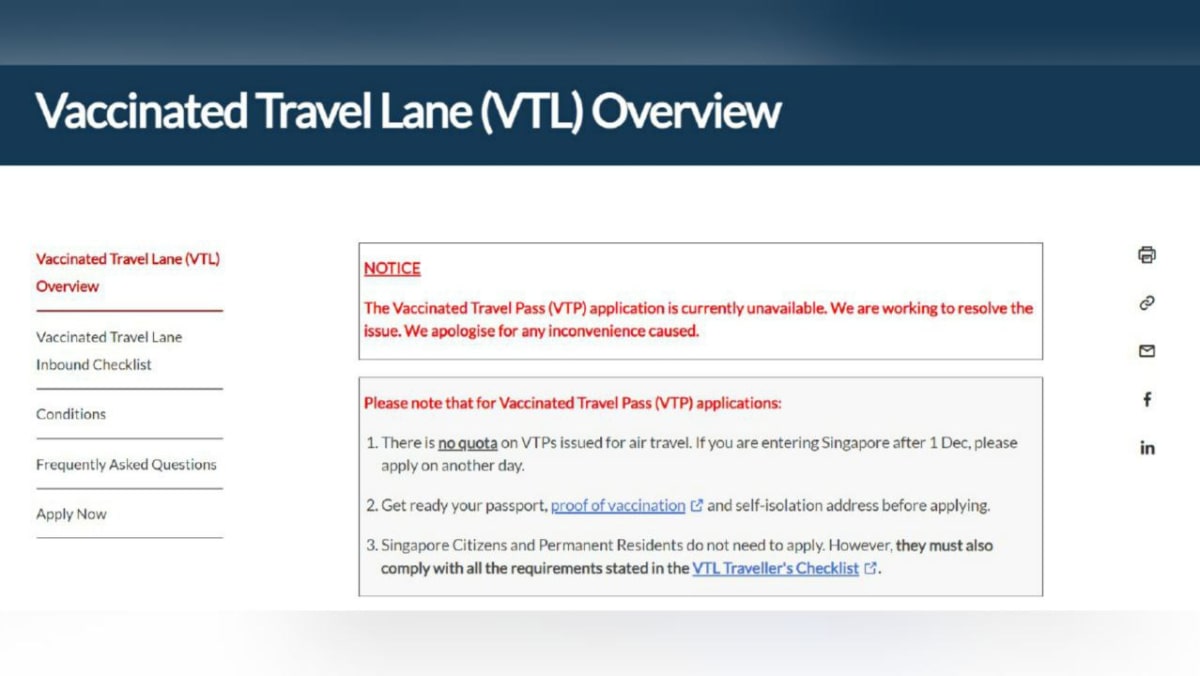 Later that night, the ICA gave more details on the surge in a statement to Channel NewsAsia (CNA).

Before you ask why they weren’t prepared, the “immediate surge” was actually anticipated by the ICA.

Thus, it upscaled the system over the weekend. However, they added,

There was an error in the configuration.

ICA said the website was back to normal by 3pm—5 hours after the portal opened for applications.

They regretted the inconvenience caused by the system disruption and also thanked the applicants for their understanding.

A quick check on the SafeTravel website shows that it’s now open for applications.

However, there’s currently a text box on the “Apply Now” webpage saying that the application service is experiencing high volume. 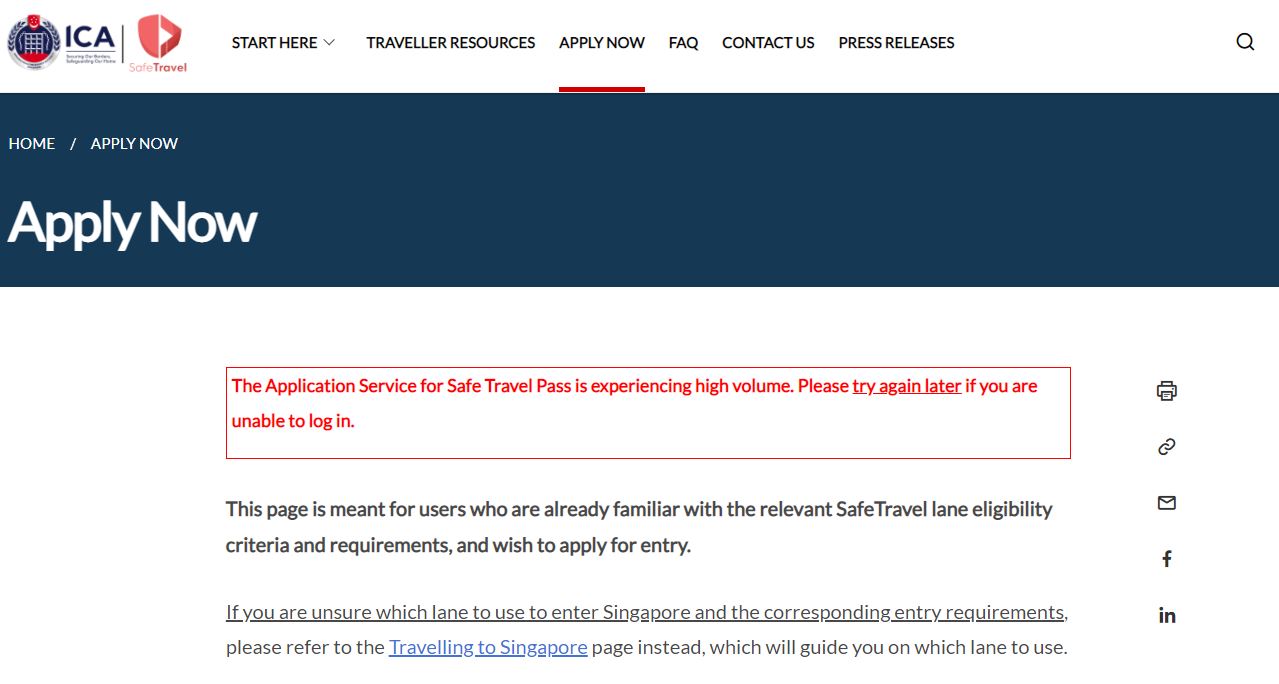 It urged users to try again later if they couldn’t log in.

According to the Civil Aviation Authority of Singapore (CAAS), Singaporeans and Permanent Residents (PRs) entering Singapore via the VTL don’t have to apply for a VTP.

Thus, the surge of 35,000 applications should be mainly from people who’re not in these categories but wish to enter Singapore. Since Malaysia and Indonesia are our closest neighbours, many citizens of these countries work in Singapore while their families are back home.

The opening of the VTLs was thus hugely anticipated as some haven’t seen their loved ones in 20 months.

It’s worth noting, though, that the VTL with Indonesia is not reciprocal, as Singaporeans can’t travel to Indonesia yet without quarantine.

The surge in VTP applications is undoubtedly a sign of pent-up demand and popularity of Singapore as a travel destination.

This may mean that our tourism and aviation industry can get a much-needed boost.

When the land border with Malaysia opens up, the ICA should prepare for an even bigger surge in applications.

Hopefully, those who miss their families will also be able to reunite with them soon.