S’pore Hiker Lets Wild Boar Come Near Him, Netizens Warn Him To Stay Away 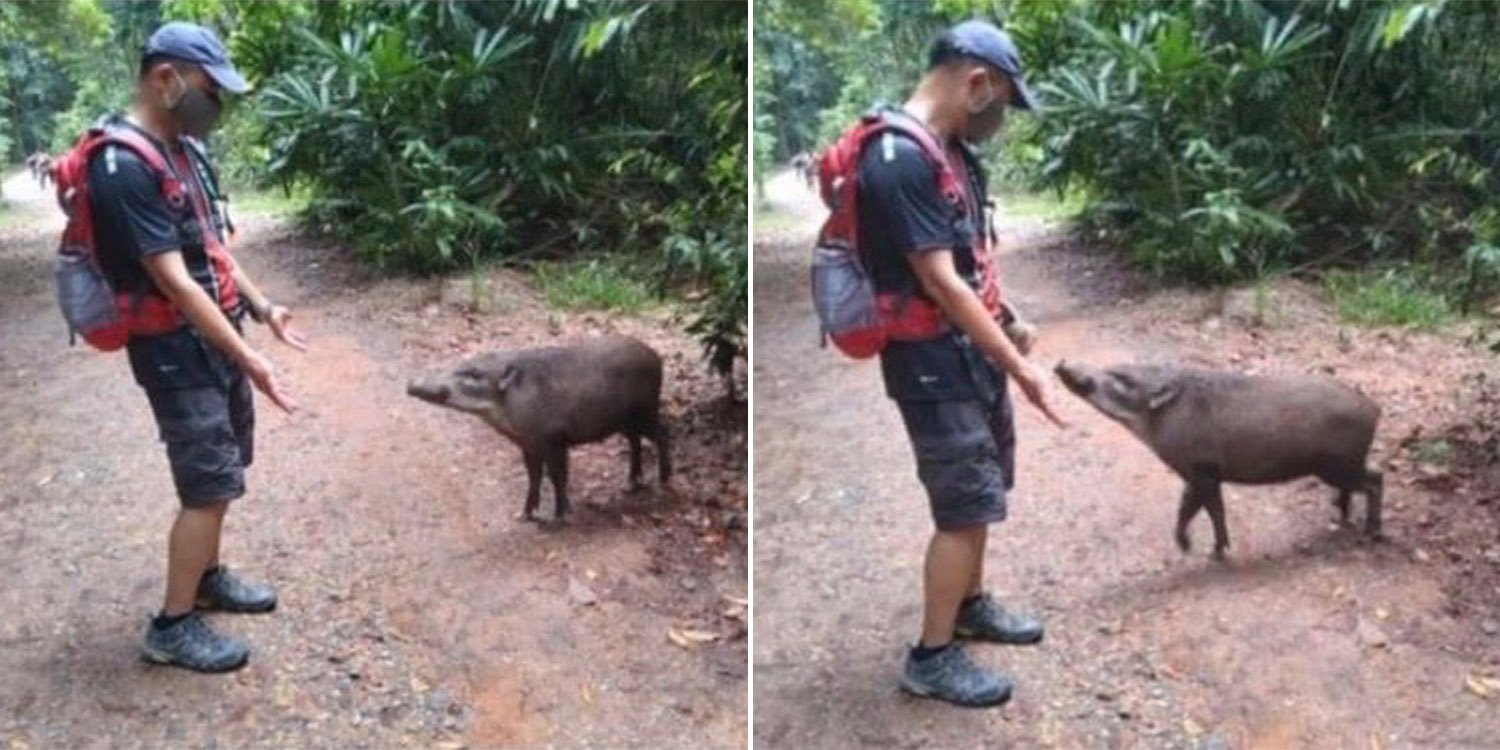 We should keep a safe distance from wild boars.

Wild boars are not uncommon in Singapore, as we see them appearing now and then. However, while some may appear cute to us, it is still important to keep a distance upon encountering them.

In a Facebook post on Singapore Wildlife Sightings on Tuesday morning (13 Jul), a man posted some pictures of a wild boar sighting while hiking. 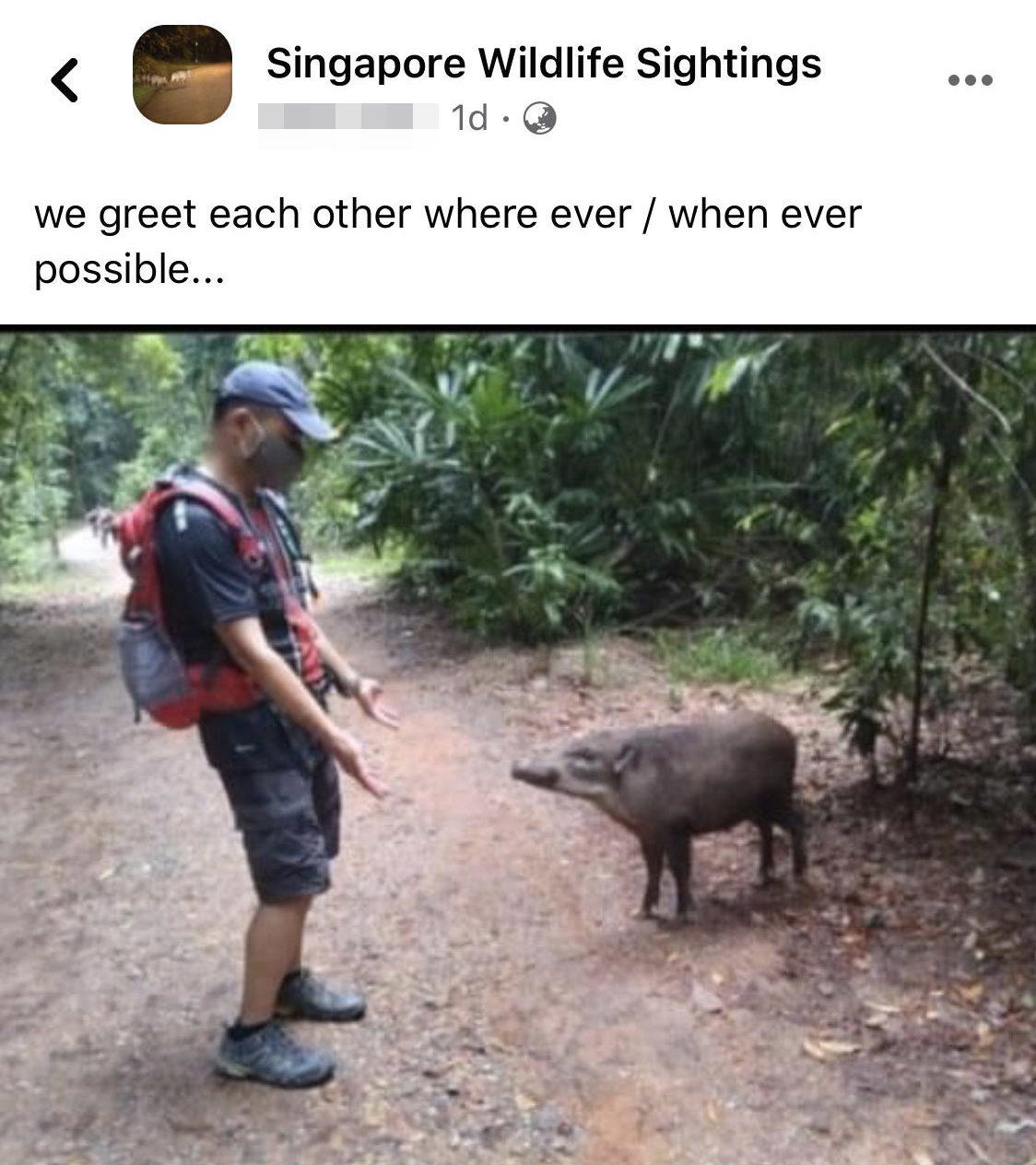 All may look fine and dandy at first glance, but people have warned him that it’s dangerous to be in such close proximity with a wild boar.

In the first picture, the wild boar seemed to take an interest in the hiker standing in front of it. The man, presumably unperturbed, looks at it with open arms.

In the second picture, we see the wild boar inching closer as if responding to the man’s gesture. 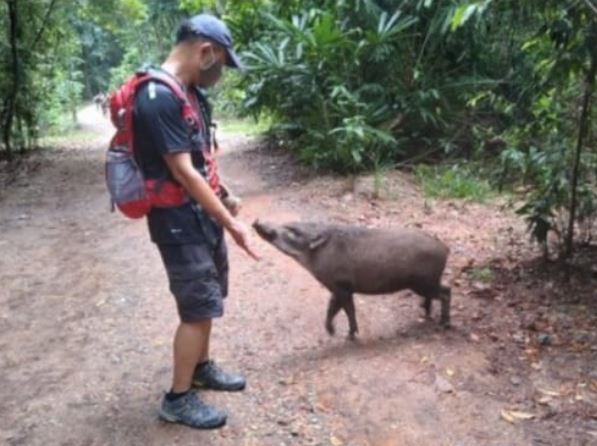 We greet each other wherever/whenever possible…

In the comments, some netizens thought it was a sweet, harmless moment. But the majority of them expressed disapproval of the man’s behaviour, deeming his actions “unwise”.

One person mentioned that if the wild animals become too used to humans, they could grow to be more fearless, putting humans at risk.

Another left an anecdote, describing how they once saw someone acting as if he was about to feed a wild boar and almost lost his fingers. 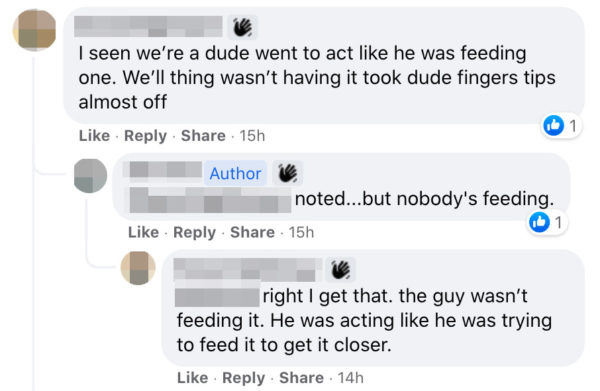 What to do when a wild boar approaches

Due to the multiple incidents of wild boar attacks, Singapore National Parks (NParks) warns that the wild animal’s unpredictable behaviour could pose a risk to public safety.

Like most wildlife in Singapore, wild boars are most likely to mind their own business.

However, NParks advises people to leave it alone and walk away calmly to prevent sudden attacks.

And if you see adults with young piglets, it’d be wise to leave them alone too. Families are potentially more dangerous as the parents may feel inclined to protect their offspring.

Keep a safe distance, don’t put your lives at risk

Even though wild boars are not necessarily aggressive, they could be when they feel threatened.

No matter how cute a wild animal is, let us keep a safe distance when encountering one and not put our lives at risk.