Wild Boar Family Chills With Workers Near NTU, Netizens Say They Can Co-Exist Peacefully With Us 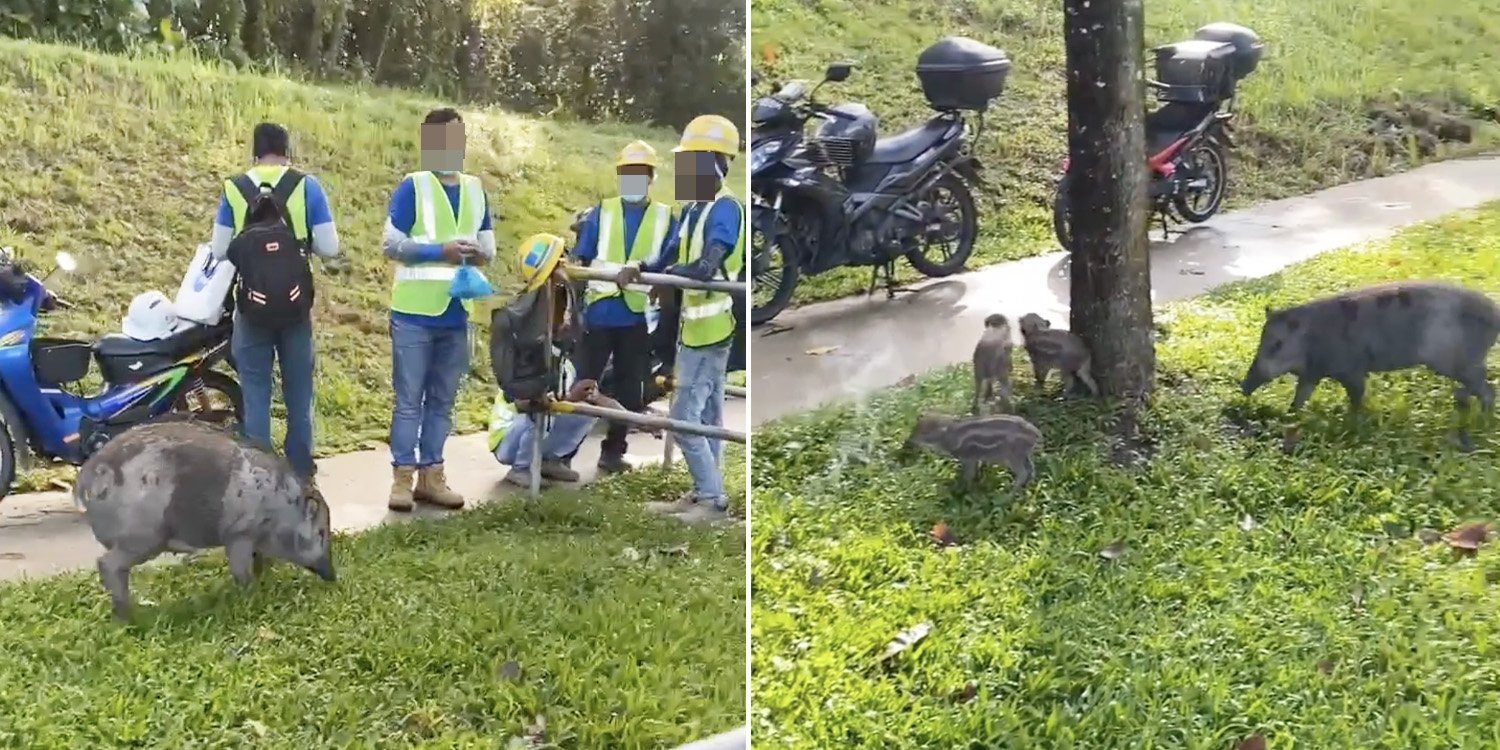 There were 2 adult boars and 6 piglets.

Wild Boar Family With 6 Piglets Chill Around Workers Near NTU

The recent spate of wild boar attacks has arguably given the creatures a bad name.

But these creatures are not always aggressive. In fact, some of them appear to be gentle giants. 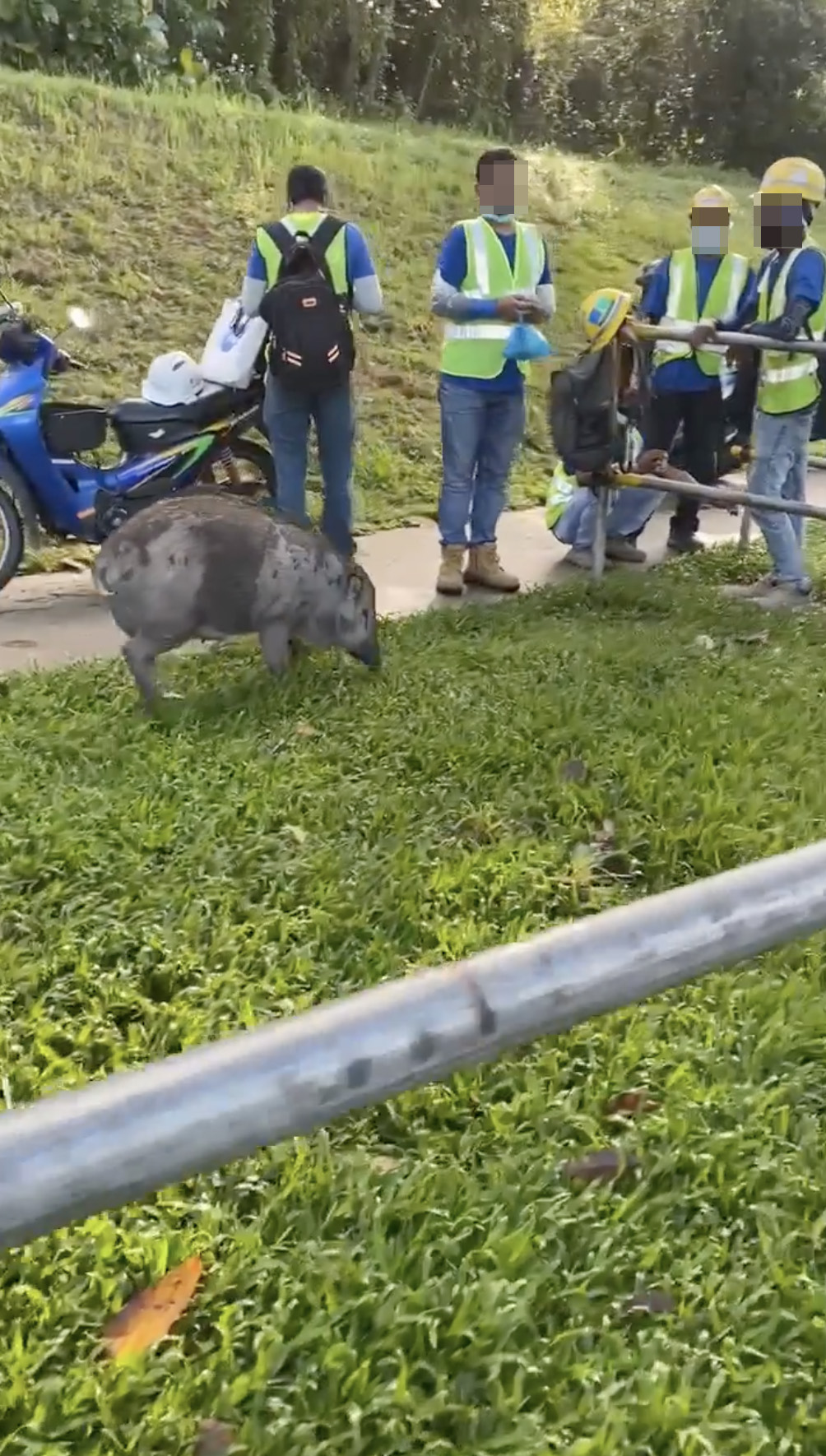 Seeing the creatures chilling alongside workers, netizens commented that this could be a sign that we can co-exist peacefully with them.

A family of wild boars comprising 2 adult boars and at least 6 piglets were recently spotted by the road near pulau NTU. 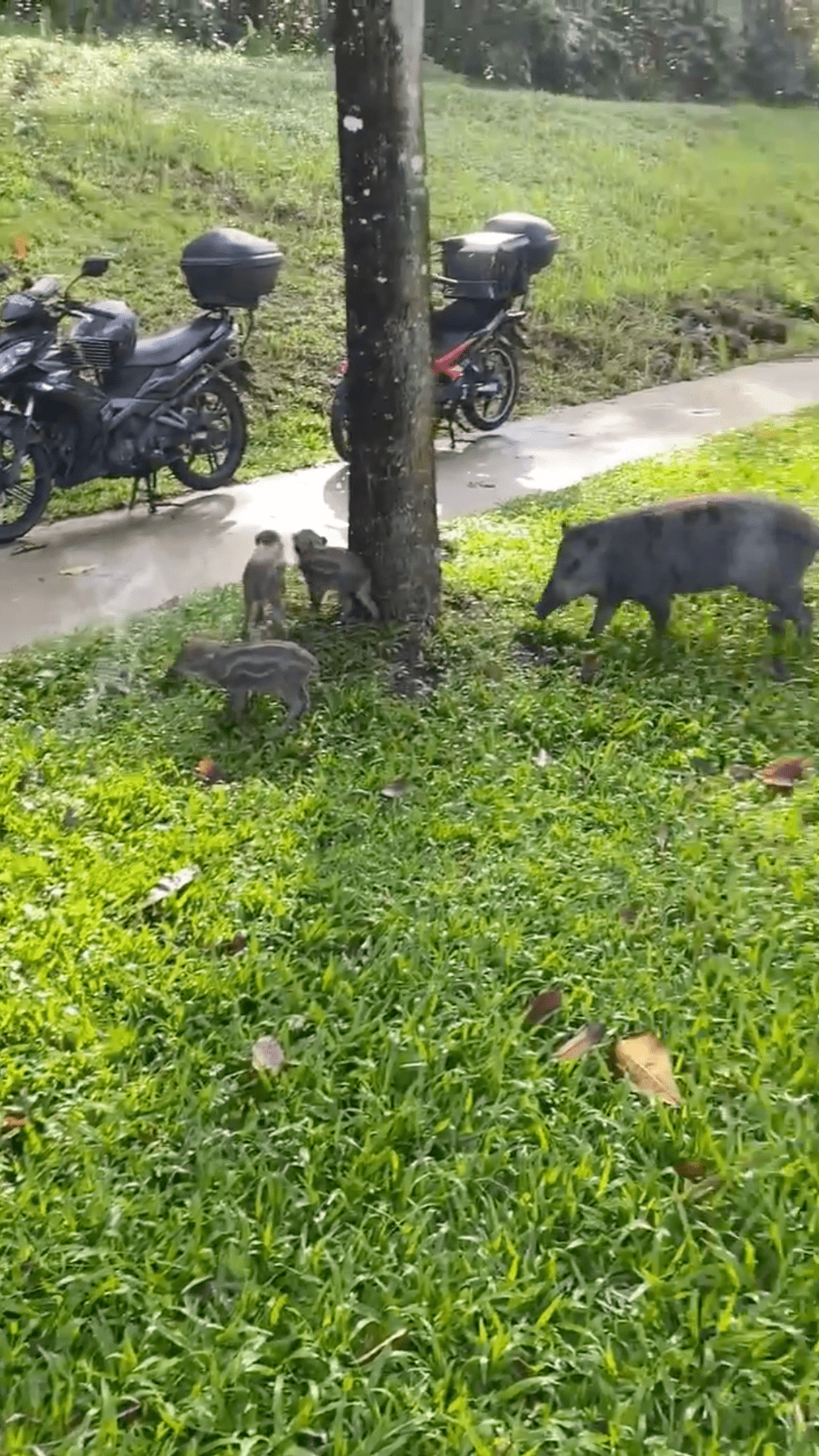 At the start of the video, one of the adult wild boars was seen approaching a group of workers by the road.

At one point, the boar presumably got a little too close for one worker’s comfort, and he instinctively raised his leg to chase the creature away.

The wild boar then backed a few steps away, seemingly unfazed.

Nearby, 3 little piglets roamed the grounds around the workers. 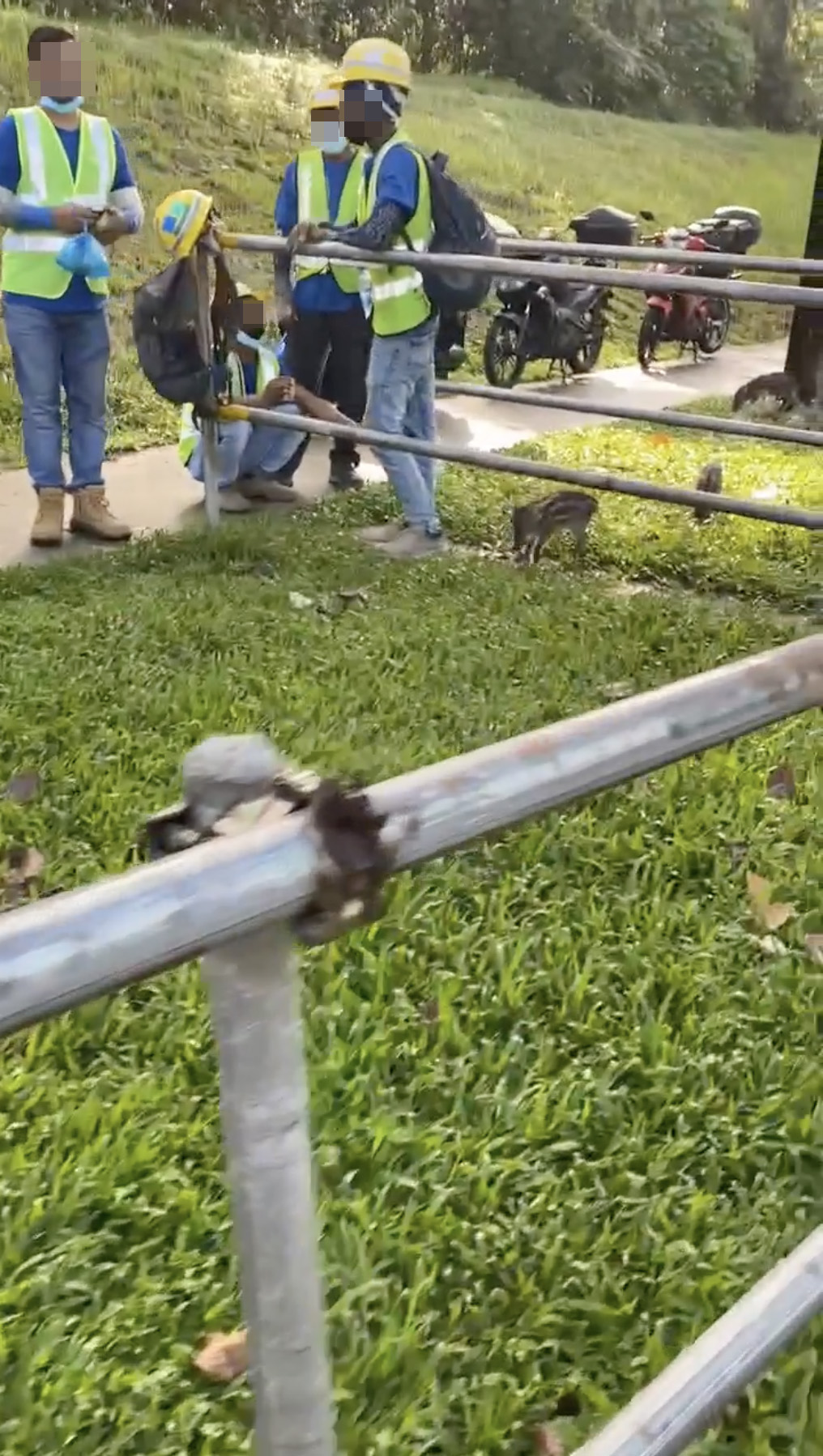 As the video continued, another adult wild boar and more piglets came into view, all unbothered by the nearby humans.

Netizens say we can co-exist peacefully with them

The video of the wild boar family has garnered over 500 shares at the time of writing.

Many netizens commented about how the boars were harmless, some even saying that this shows humans can co-exist peacefully with them.

Another netizen said that as long as humans are gentle to them, wild boars will not get aggressive.

This netizen speculated that the wild boars were hanging around the workers as they were hungry.

She also couldn’t help but point out that the young piglets were simply too adorable.

Although many wild boars are mild-mannered, do remember to be cautious when you encounter them.

The National Parks Board (NParks) advise the public to be calm when meeting a wild boar and to slowly move away from it.

People should also maintain a safe distance from the boar and not provoke it.

That’s especially the case when there are young piglets involved, like in this situation. 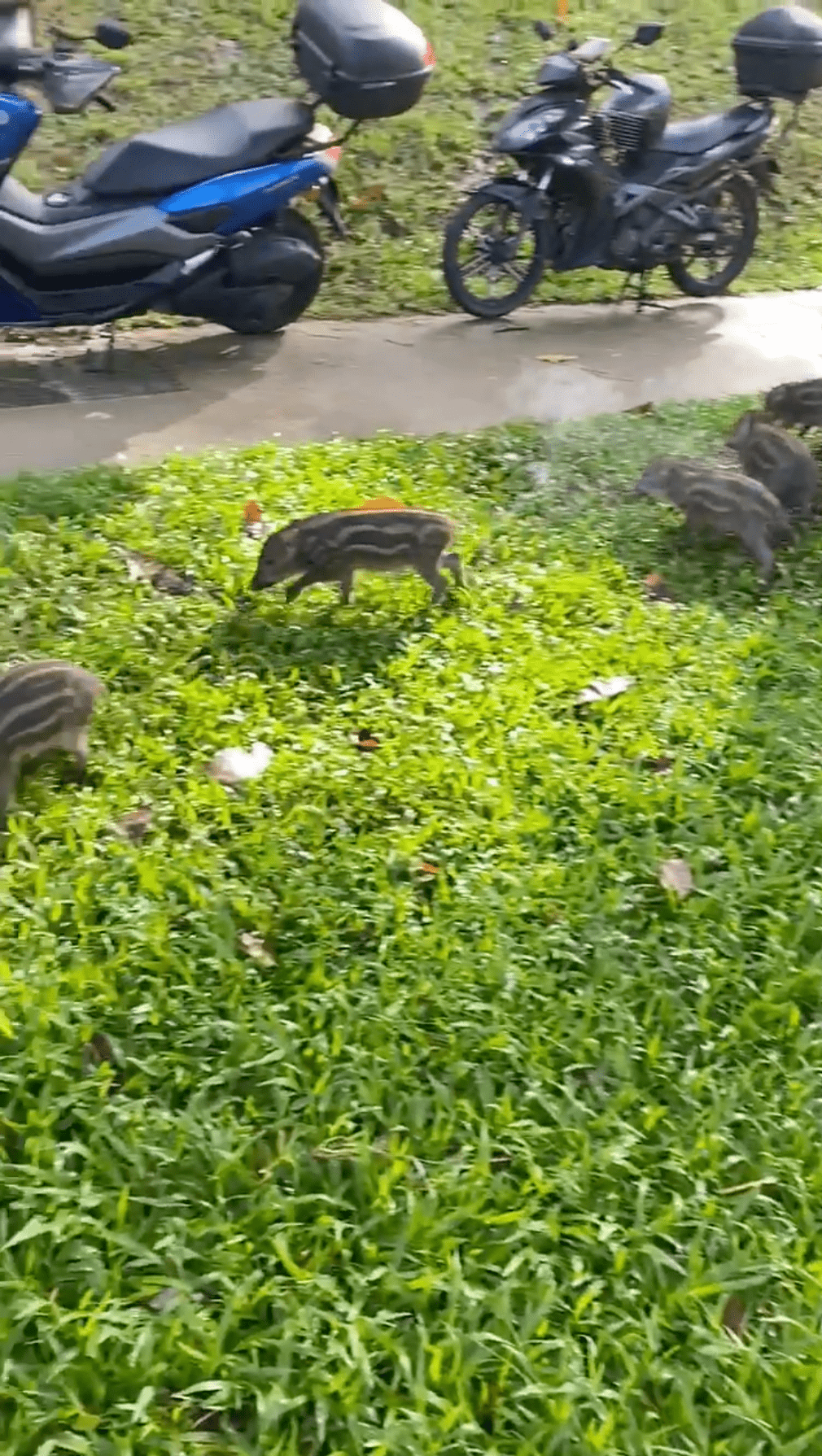 This is because adult boars are potentially more dangerous when defending their young.

Encounters with wild boars are getting increasingly common as their population grows.

But, as the netizens say, this incident gives us hope that humans and boars can live harmoniously together.

After all, like many wild animals, wild boars typically only attack if they feel threatened.