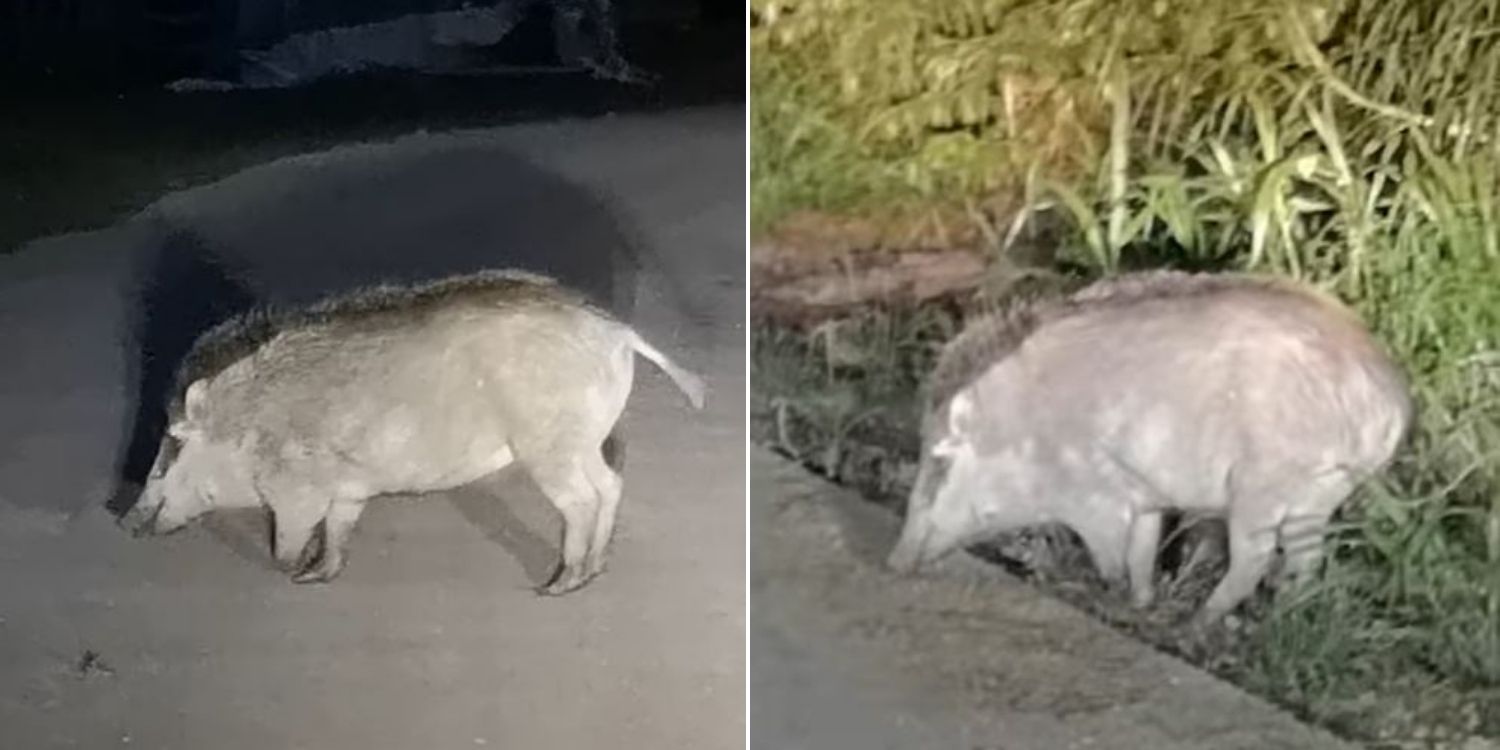 Some suggested making a report so the creature can get help.

Wild Boar Limps While Crossing Road Near NTU, May Have Been Injured By Wire Trap

In Singapore, wild boars get a bad rep, as most know them for attacking people and stealing food.

Some seem to have forgotten that wild boars are animals just like humans who deserve to live in this world too, and can get hurt and feel pain.

A netizen reminded us of this when she came across a heart-rending sight near Nanyang Technological University (NTU) – a wild boar limping while crossing the road because it seemingly had a missing foot. 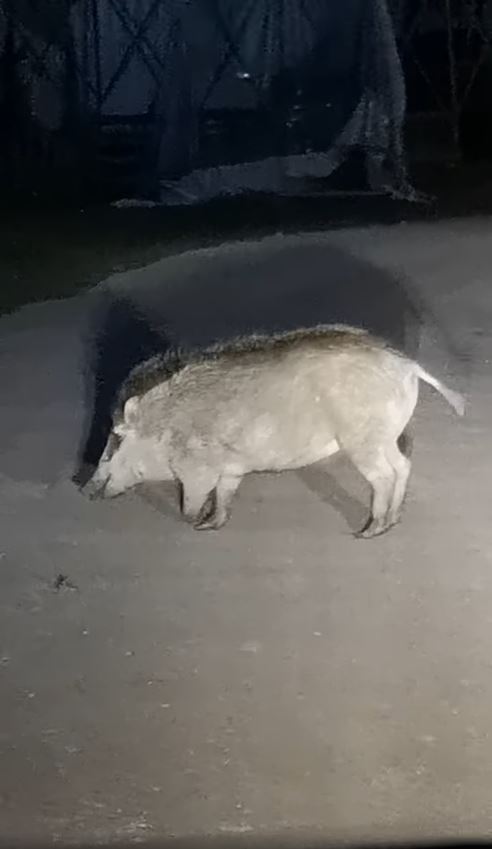 Netizens were heartbroken at the sight, some blaming wild boar traps for the injury.

The wild boar was seen in a video posted on Saturday (17 Apr) by a Ms Mami Tini in the Singapore Wildlife Sightings Facebook group.

As it starts off from the side of the road, it already seems hesitant. 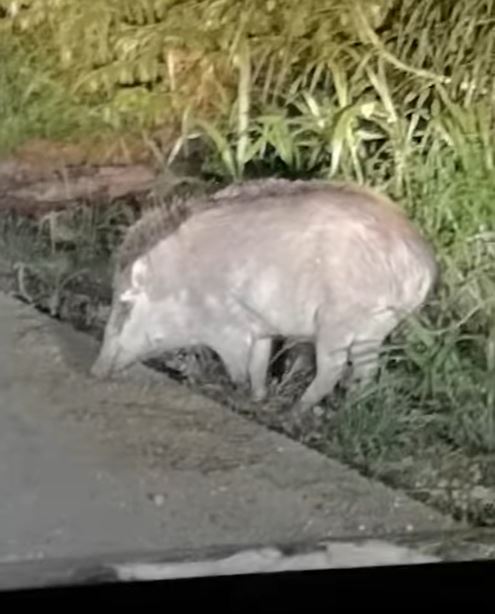 However, as it slowly crosses the road, it’s apparent that there’s something wrong with its front left leg. 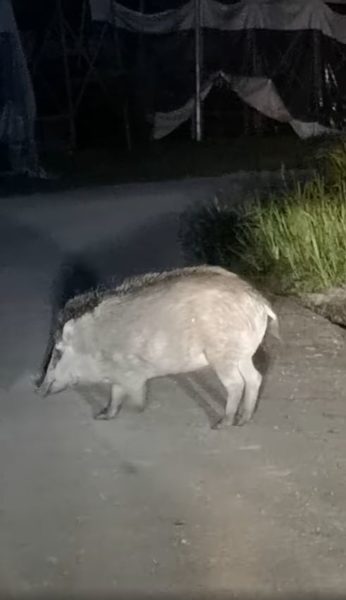 The poor thing perseveres and finally makes it across the road, though with obvious difficulty. Watch the entire video here:

Ms Tini said her “heart sank” when she saw the boar limping across the road.

She also wondered how it got hurt and hoped it’ll survive.

Netizens who saw the video quickly noticed that the boar’s entire foot was gone.

Some of those who sympathised with the creature may not be fans of wild boars, but couldn’t bear for them to get hurt either.

After all, it’s really hard to survive in the wild with one less foot.

In response to queries on where the video was taken, Ms Tini said it was near NTU.

It turns out that others had also seen a boar with a missing foot around NTU. Hopefully it’s the same one. 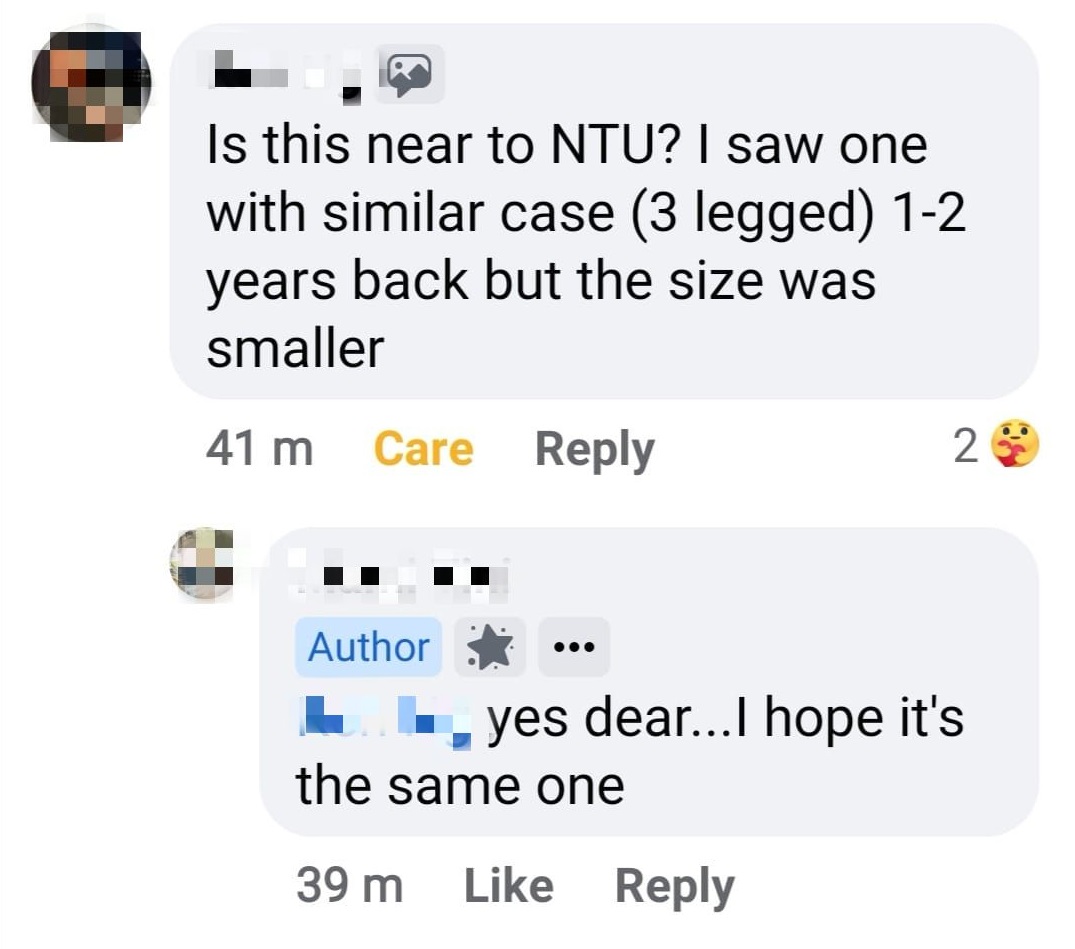 In fact, there’s actually a wild boar family near NTU — could the poor boar whose foot was decapitated belong to them?

Wild Boar Family Chills With Workers Near NTU, Netizens Say They Can Co-Exist Peacefully With Us

Some netizens asked Ms Tini to make a report to agencies like the Animal and Veterinary Services (AVS) so they can help the boar. 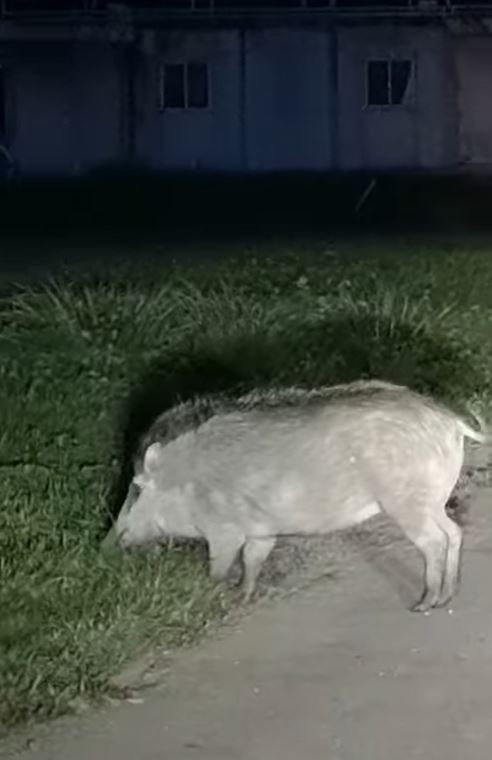 However, she said she actually took the video about a week ago and the boar might not be there any more.

Others also suggested that the Animal Concerns Research and Education Society (ACRES) could help, as they’ve helped animals in distress before.

Boar could have been injured by trap

As for how the boar’s foot got cut off, one netizen blamed wire traps.

Besides being cruel, such traps are also dangerous for other animals, which have been injured by them.

No creature deserves to be cruelly hurt

Wild boars are living things too, and can feel pain and become distressed.

No matter how much people may think they’re pests, they don’t deserve to be hurt in a cruel way.

If we know how to keep to certain rules, it’s possible to live harmoniously with wild boars and other wildlife, so we should refrain from doing things that harm them as much as possible.