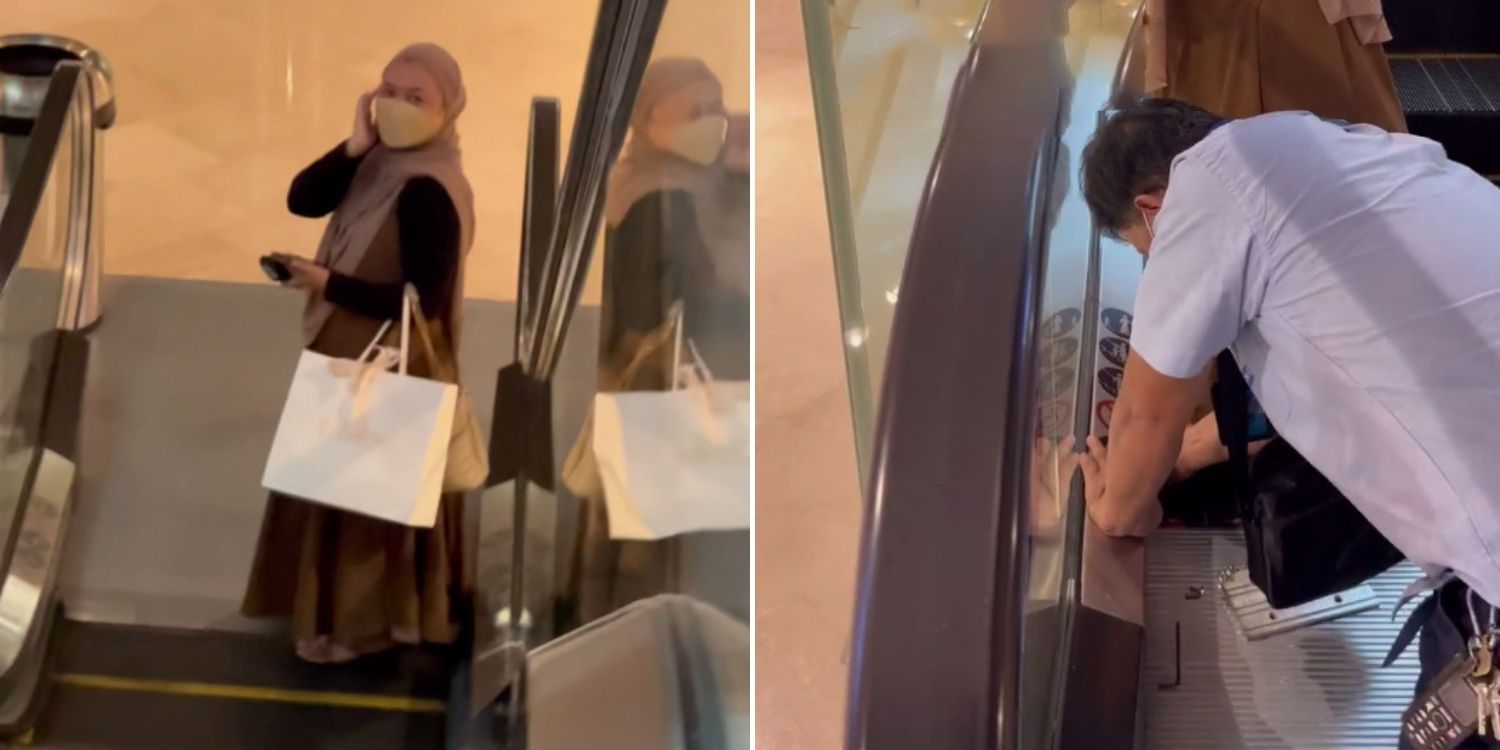 She escaped unscathed with only her dress & pride in tatters.

Woman’s Dress Gets Caught On MBS Escalator On 26 Jul

Many of us have a common fear of getting our shoes, clothes, or even body parts stuck in an escalator.

Although such incidents don’t happen very often, we’ve all heard more than enough horror stories about them.

So you can probably imagine this woman’s panic when she felt the escalator at Marina Bay Sands (MBS) tugging at her dress.

The security was repeatedly asking if i was ok. I was totally okay, the only thing that was bruised was my pride 🤣 and my new dress. Thankful to the people who helped 🥹🥹 they were so so nice 😇

Thankfully, her quick-witted friends were able to stop the escalator before any gruesome accidents could happen.

Security personnel eventually came to her rescue and even brought a bottle of water to soothe her while he worked on freeing her dress.

On Tuesday (26 Jul), TikTok user @herzianty__ posted a video about her unfortunate encounter with an escalator at MBS.

According to OP, she knew something was wrong when she felt a tug as she was about to get off the escalator.

She then immediately yelled at her friend to press the stop button before things could take a turn for the worse.

Noticing her predicament, MBS security personnel and front office staff quickly came to help her. They also handed her a bottle of water and kept asking if she was okay.

Soon after, a maintenance worker arrived on the scene to inspect the situation.

After tinkering around for 15 minutes, the man finally resorted to just yanking out the dress.

Finally free from the jaws of the escalator, OP walked away with only her dress – and her pride – in tatters.

But at least she was fine. As she quipped in her TikTok caption,

I was totally okay, the only thing that was bruised was my pride.

Thankfully, this woman was lucky enough to escape unscathed. A less fortunate ending would be too horrifying to imagine.

This should also serve as a lesson for everyone to be careful around escalators, especially when wearing long and flowy clothing items.

Featured image adapted from @herzianty__ on TikTok & @zizii__ on Instagram.