Boy In China Gets Head Stuck Between Escalator & Wall, Quick-Thinking Witness Saves Him 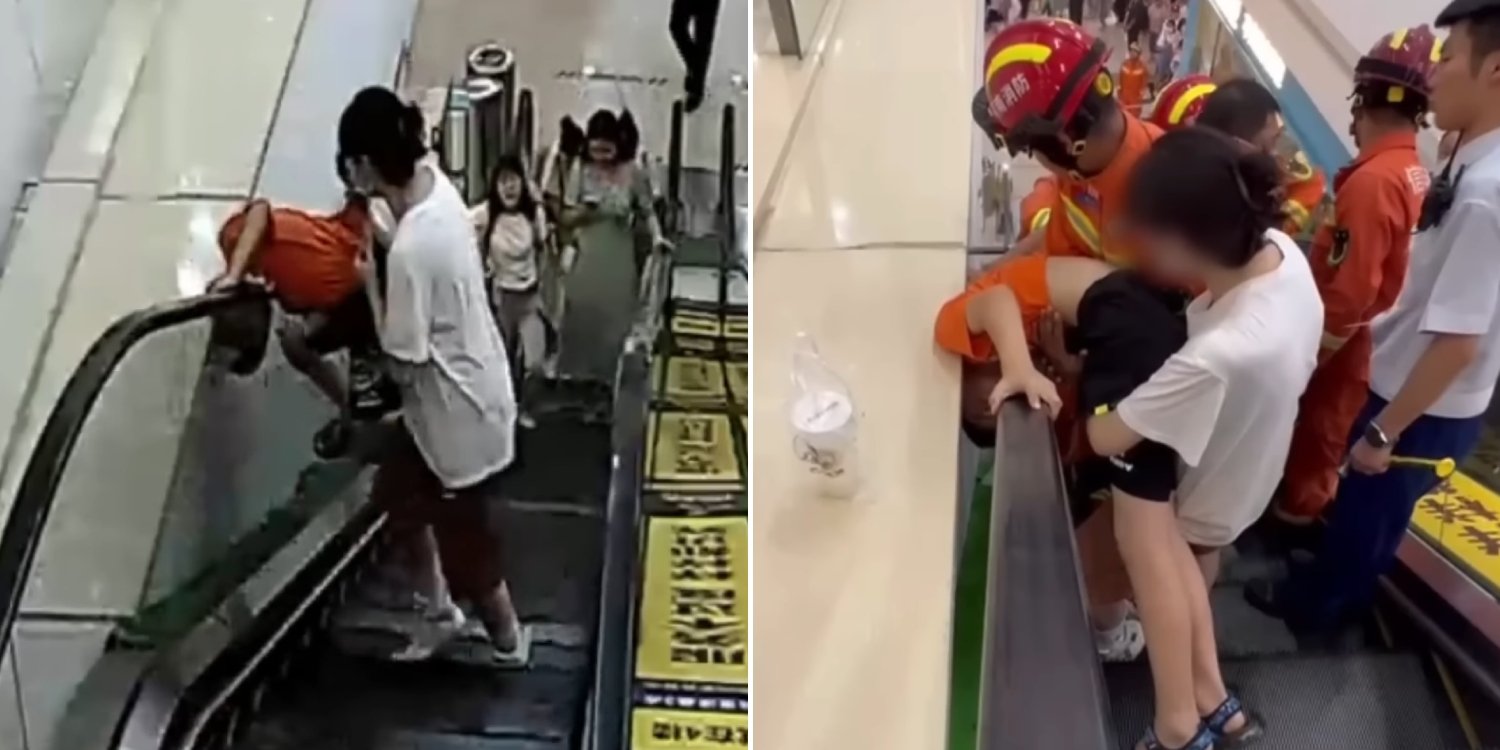 A passer-by rushed to push the emergency stop button and call for help.

Boy In China Gets Head Stuck Between Escalator & Wall, Rescued By Passer-By & Firefighters

Escalators are such a common sight in most buildings these days that it’s easy to forget that they can sometimes cause some pretty horrible accidents.

Earlier this week, a boy in China got his head stuck between an escalator and wall after leaning over the handrail.

Lucky for him, a quick-thinking passer-by and firefighters were able to save him.

Boy in China gets head stuck between elevator and wall

According to HK01, the incident happened on 24 Jun in Xinyang, a city in the Henan province.

CCTV footage shows the boy riding an escalator with his sister. Then, he leans over the handrail with his arm stretched out, as if wanting to grab something.

Some reports also said that he just did it out of “curiosity”.

However, as the escalator went up, his head became stuck in the narrow gap between a wall and the handrail, twisting his body into a terrifying-looking angle. 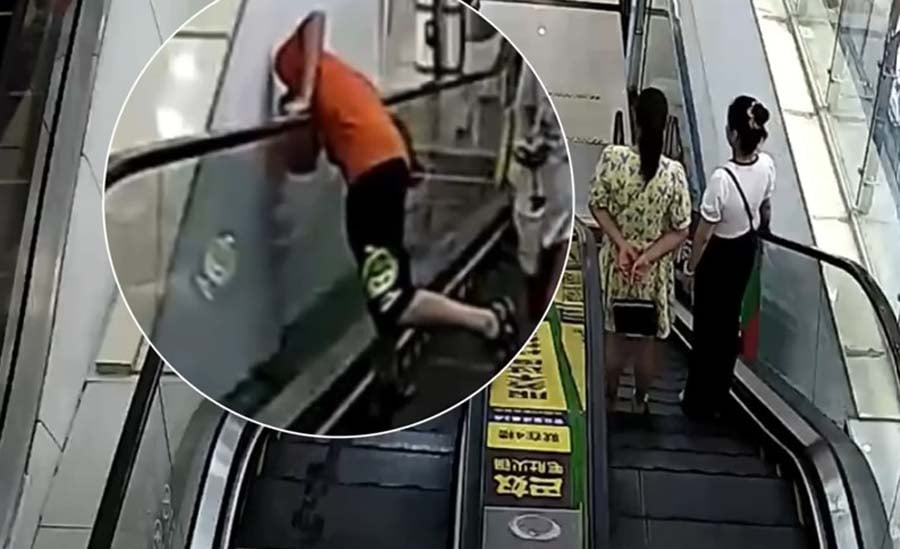 Upon noticing his distress, his sister quickly tried to pull him out, but to no avail. 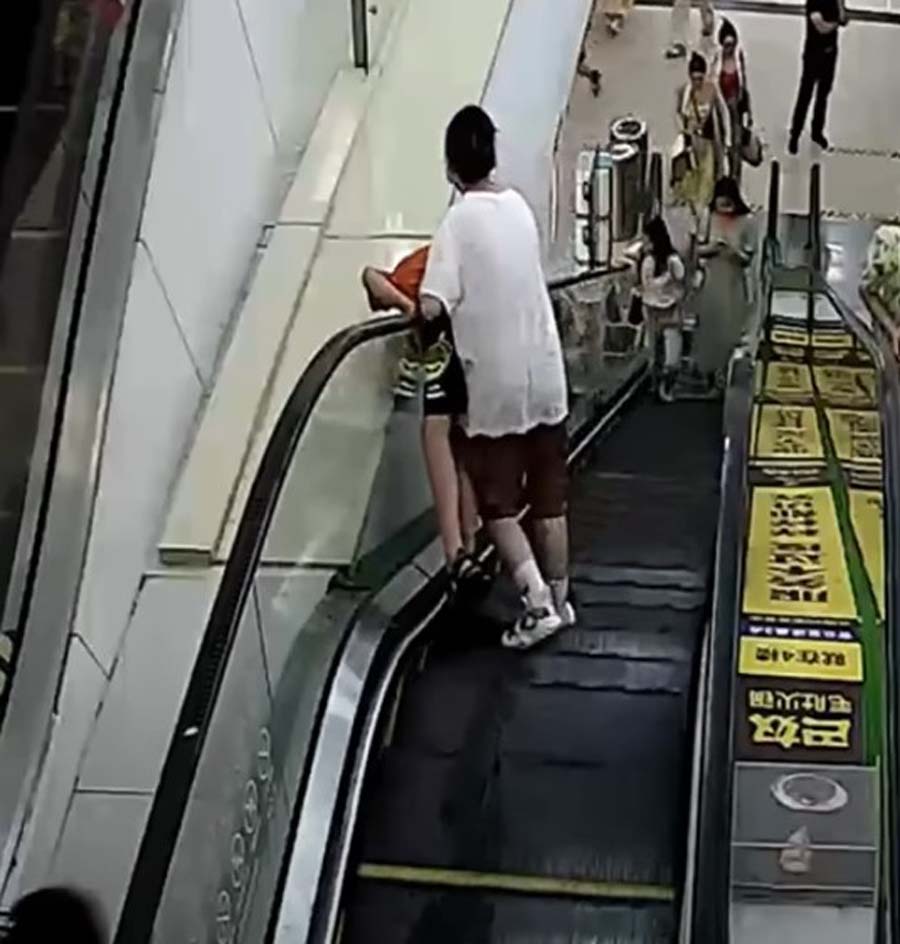 Rescued by quick-thinking passer-by and firefighters

Thankfully, a male passer-by in a white shirt rushed in to push the emergency stop button. He then notified the authorities. Firefighters soon arrived and freed the boy by tearing down the outer layer of the wall and removing the escalator handrail.

As he had been stuck like that for a while, the boy reportedly had difficulty breathing and felt unwell.

A firefighter immediately carried him to an ambulance and brought him to the hospital.

Despite the horrifying ordeal, the boy fortunately only suffered minor bleeding on his face and ears. He is said to be doing fine after treatment.

Watch your kid at all times

Many parents warn their kids to stay out of trouble to avoid potential dangers.

Still, accidents can still happen, so this incident should serve as a reminder for all adults to watch the kids around them at all times.

Kudos to the quick-thinking passer-by and firefighters for acting fast to rescue the child. We wish him a speedy recovery from this traumatising incident.