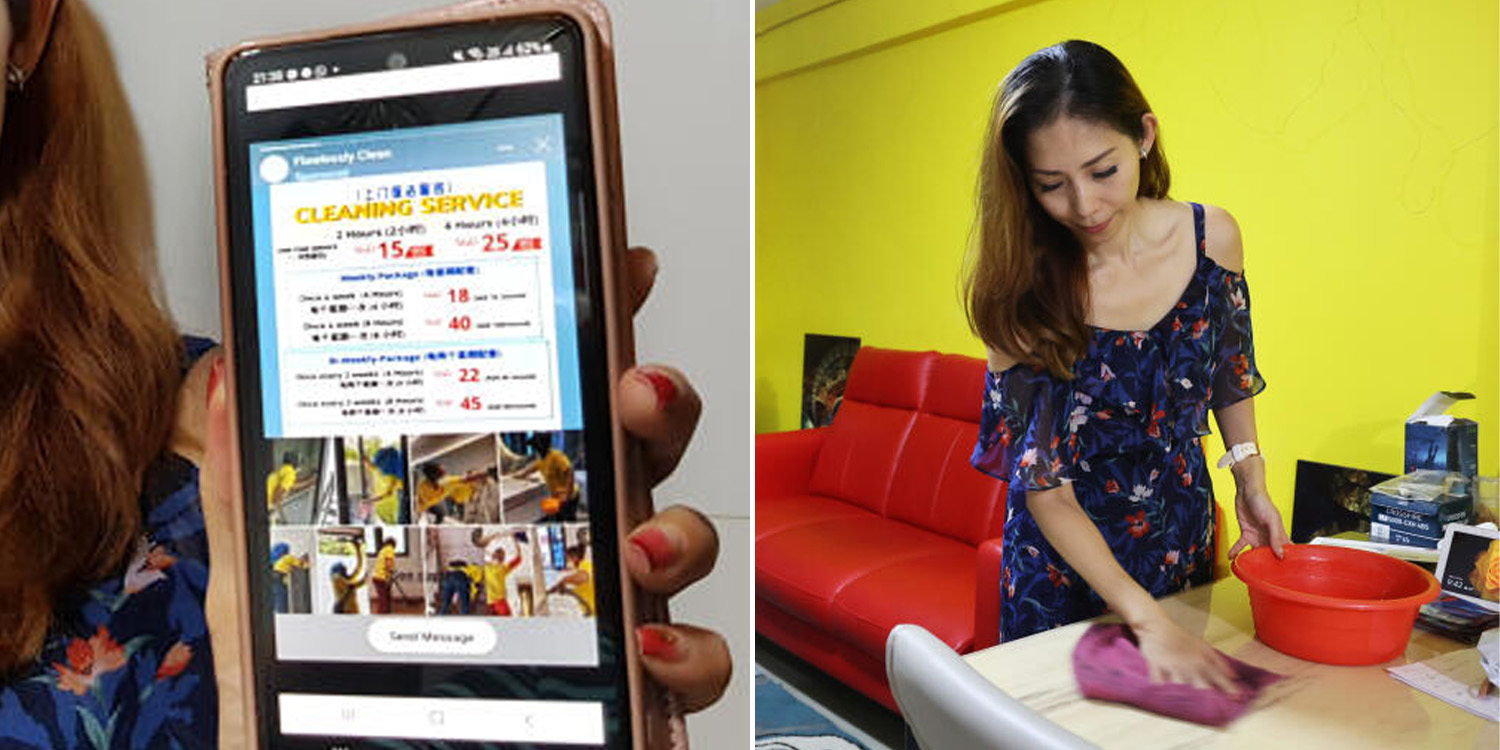 She came across the ad offering cleaning services on Facebook.

Singapore is on high alert for scams. Despite our best efforts, some are still tricked into giving up their hard-earned dollars.

Posing under disguises ranging from recruiters to government agencies, the scammers have elaborate plans that may bring dire consequences to victims.

This was what 47-year-old Lu Meilin (name transliterated from Chinese) found out the hard way after falling for a scam herself. 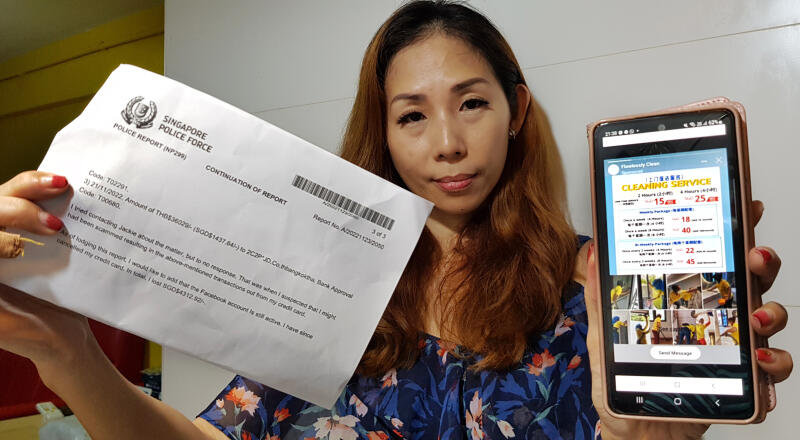 Coming across a cleaning company, she tried hiring their services – only to lose more than S$4,300.

According to Shin Min Daily News, Ms Lu found an advertisement by a cleaning company on Facebook a couple of days ago.

As she had no time to clean her house recently, she decided to reach out to the company. They then asked for her phone number via a Facebook chat. Shortly after, a representative from the firm under a Malaysian contact reached out to her through WhatsApp.

“We negotiated a cleaning service of S$25 for four hours and made an appointment,” Ms Lu said. “The other party sent a link asking me to download a mobile app and pay a deposit of S$5 online after registration.”

The link contained a form, which she filled up with her credit card number, expiry date, cardholder’s name, verification code and other information accordingly.

However, when she clicked ‘submit’, the link said her card was invalid.

Not thinking much of it, she informed the representative of the error, who told her to present the cleaners with cash when they arrived.

On 23 Nov, Ms Lu was shocked to learn that the same credit card had exceeded the limit for payment.

“I haven’t used this card to make a purchase recently and was shocked to see it,” she explained.

She contacted the bank and learned that someone had used the card to transfer S$1437.64 thrice to a Thai company, totalling more than S$4,300.

A fourth attempt was made to transfer the same amount of money, but the bank rejected it due to the excessive amount.

Suspecting that a scam had occurred, Ms Lu filed a police report on 23 Nov.

Despite such transfers typically requiring a One-Time Password (OTP), she did not receive such notification.

The first indication of the incident was the reminder that her credit card had exceeded its limit.

Speaking to Shin Min Daily News, Ms Lu revealed that it wasn’t just one card which fell victim to the scam.

When entering the information for another credit card online, she received the same notification that it was invalid.

“After suspecting fraud, I immediately contacted the bank to cancel this bank card,” she said. “Otherwise, the deposits in it may also be stolen.”

With the end of the year approaching, household cleaning services are once again rising in popularity. Ms Lu now urges everyone to be more cautious, especially with companies that request payment transfers in advance.