103 women bunked in at Maju Camp over the weekend (1 & 2 Sep), for the maiden launch of the Singapore’s first women-only army boot camp.

Although she was the youngest participant of the camp, she had no qualms about attempting every activity.

She survived a night in a military bunk, went on a short route march, fired a SAR 21 assault rifle and tackled the standard obstacle course (SOC). 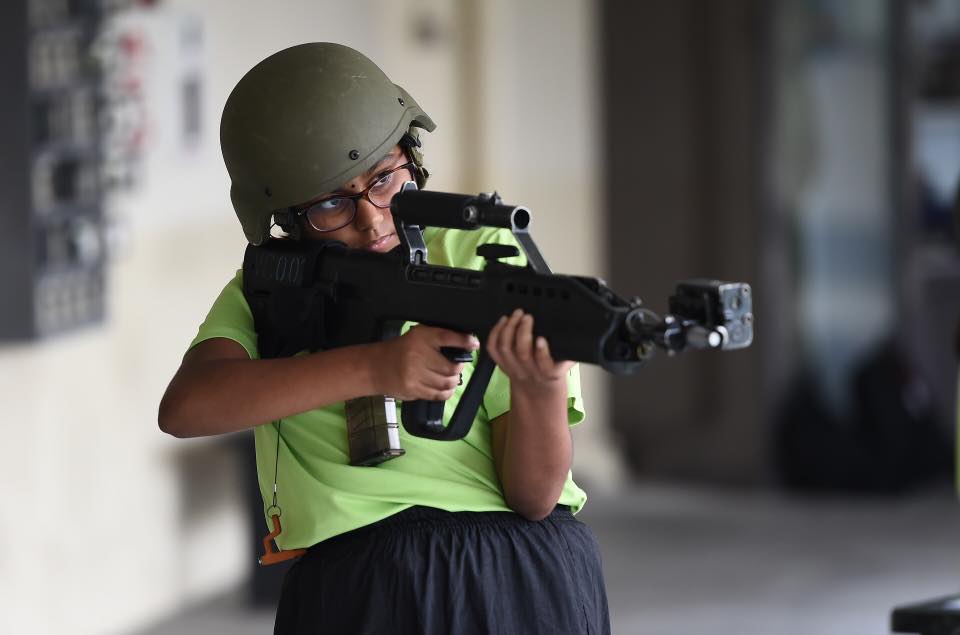 Rope burn and fatigue aside, Athi has already set her sights on becoming an army regular.

The Women-Only Boot Camp was a watered-down version of actual National Service (NS). 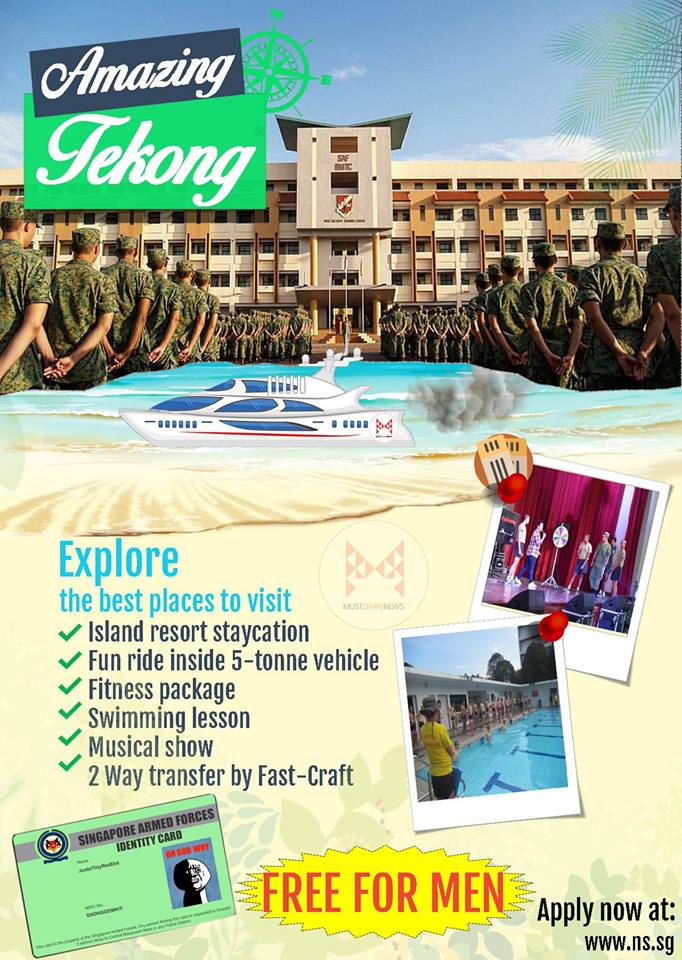 Free for men 18 and above
Source

Organised by Ang Mo Kio Women’s Executive Committee, the camp was intended to give participants a taste of the army life.

Only 103 women were given the chance to experience it, after balloting through 1,000 applicants.

The 2-day, 1-night programme comprised of participants from age 13 to 61. Thus, activities had to be mindfully calibrated to cater to everyone.

Tip of the iceberg

They tasted combat rations, slept in a military bunk, smeared camouflage paint on their face and had meals at the cookhouse. 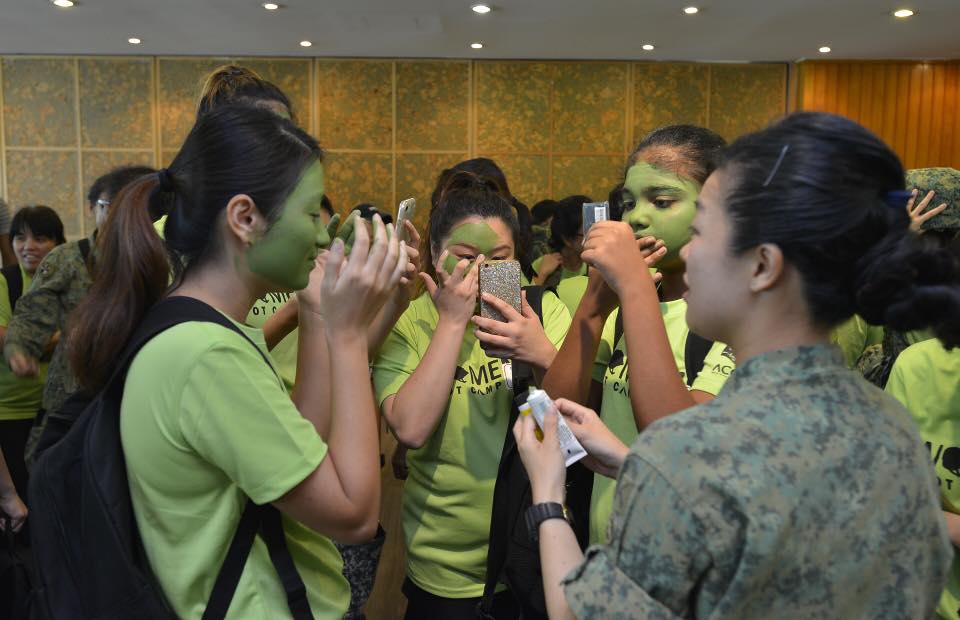 Everyone had to fall in before dawn.

They were taught how to evacuate injured platoon mates and how to manoeuvre through the 12-station SOC.

Over the next hour, the stations had them crawling through concrete tunnels, vaulting over walls and climbing a low rope. 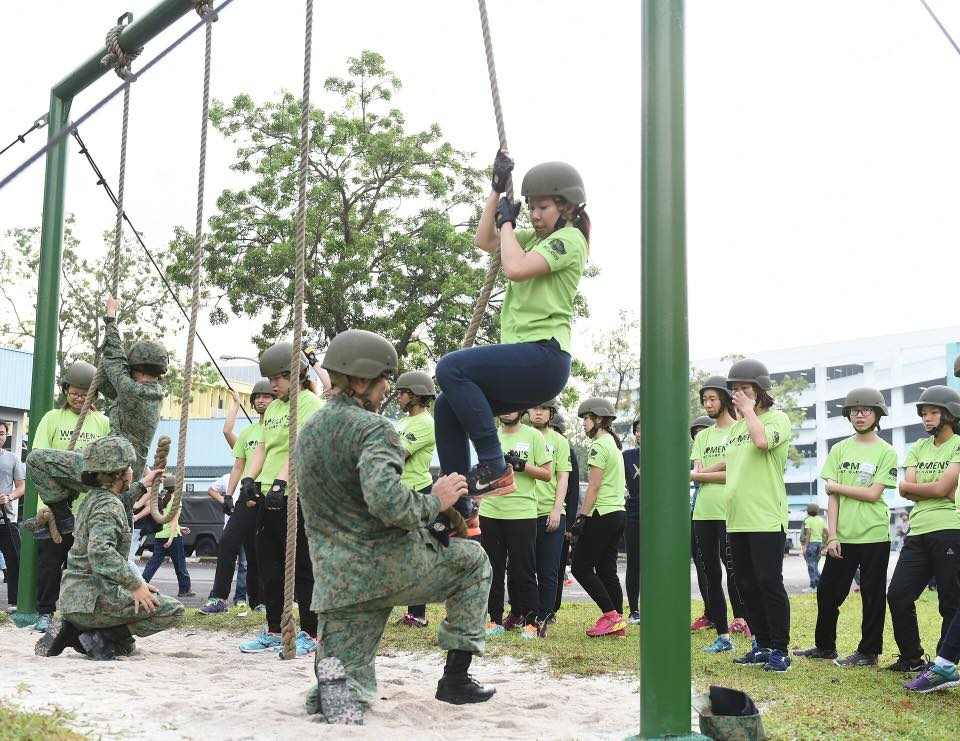 This is merely the “tip of the iceberg” as compared to what NSFs actually go through.

Recruits usually carry about 20kg of weight on them, including a helmet, a SAR 21, a load-bearing vest and a full pack.

Many were first-time shooters and commented that it was a rather intimidating and thrilling experience.

No amount of preparation could prep them for the real deal.

Safety was the main priority

Following the recent spate of NSF deaths, safety was the crux of the camp.

Every activity came with its own set of safety measures, such as a water parade and a warm up and cool down exercise.

Instructors even made it a point to check for participants’ temperatures to ensure that the heat was not getting to them.

Although the intensity of the activities wasn’t on par with the actual NS experience, the event cracked open the hinges of a closed door.

It gave mothers, daughters, sisters and spouse a chance to better connect with the men-in-green. 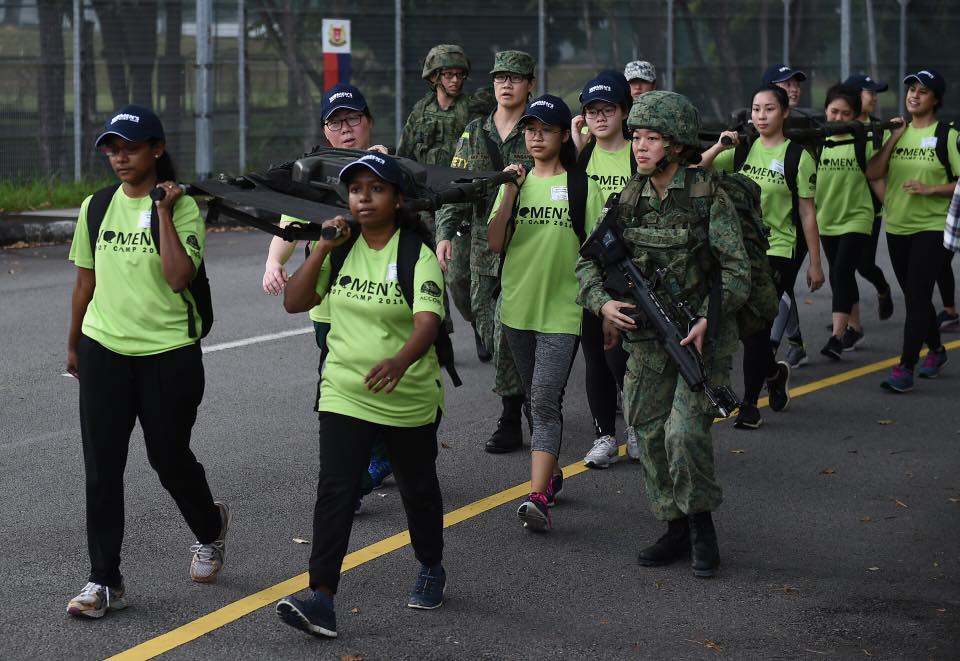 Better appreciation for our Singaporean sons

Madam Patsy Chong, one of the oldest participants at age 61 told The Straits Times that her son doesn’t talk about their time in the army.

This boot camp gave her insights to what her sons went through.

Agreeing, Ms Brenda Eng, 31, hoped that the duration of the camp could be longer so they could have a more accurate NS experience.

I’m happy that many of you come from different walks of life, different vocations, different professions and what binds us together is this strong desire to know more of what we can do to support NS.

Are Singaporean daughters ready for NS?

At the end of the weekend, many participants booked out of the camp with a better appreciation of the demands of NS.

Although what they’ve gone through is but a fraction of what our boys in green experience, they have a new level of respect for our Singaporean sons.

Does this mean we are one step closer to drafting women for National Service too?