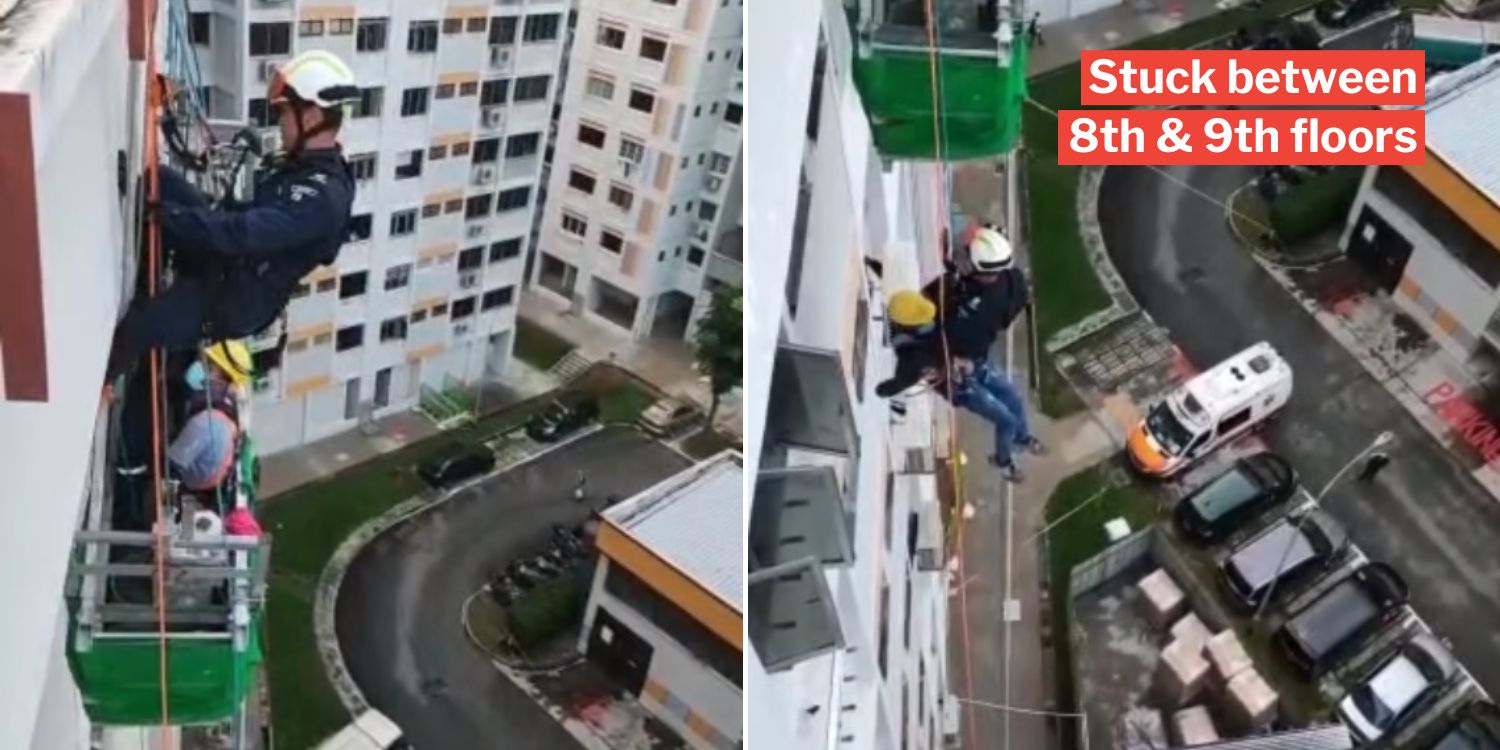 Thankfully, the worker was unharmed.

Workers carrying out tasks on gondolas at HDB blocks aren’t a rare sight and are often uneventful scenarios. But things took a scary turn for a worker who was on a gondola at an HDB block in Teck Whye.

He found himself stranded between the eighth and ninth floors, unable to make his way down.

Thankfully, the Singapore Civil Defence Force (SCDF) swiftly came to his rescue and brought him to safety.

According to them, they were activated at 5.30pm for a height rescue incident involving a worker who was stranded on a gondola between the eighth and ninth floors.

After receiving the alert, firefighters from the Bukit Batok Fire Station arrived first and went to the rooftop to assess the gondola’s stability. They also checked on the condition of the worker.

Thereafter, specialists from the elite Disaster and Rescue Team (DART) arrived and set up a lowering system from the rooftop.

A paramedic and ambulance were on standby down below and assessed the worker right away.

Since he showed no signs of visible injury and refused conveyance to the hospital, the operation ended on a positive note.

Glad the worker was alright

Being trapped at a height is not an experience many of us would want to have, so we can imagine the anxiety the worker must have been feeling.

Thankfully, the SCDF was quick to rescue him and get him to safety. Kudos to the Bukit Batok station firefighters and DART specialists for their efforts.

We hope the worker is doing alright after the incident and is able to continue working as normal.