Must Share News – Independent News For Singaporeans
Home Current Affairs Health Wuhan Pool Parties Are Sign That City Is Recovering, According To Chinese... 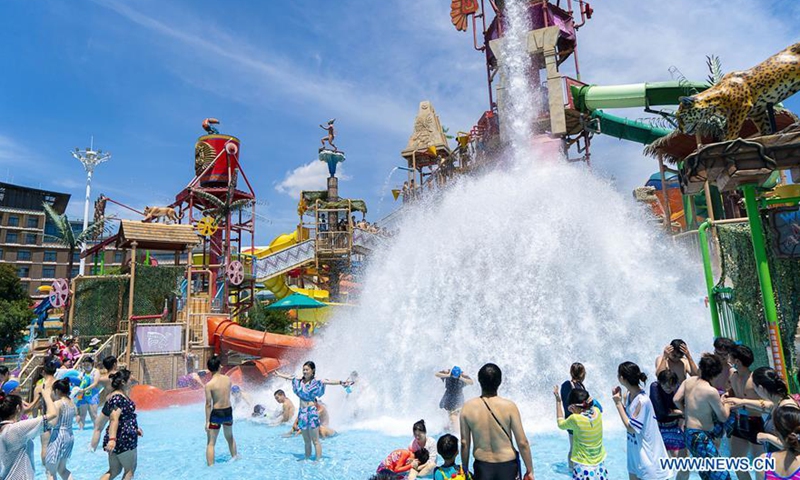 However, on Thursday (Aug 19), Chinese media site Global Times struck back in an article, calling the scenes a reminder of the need for strict measures to deal with Covid-19.

Wuhan was the first city where numerous cases of Covid-19 emerged early this year, leading to a province-wide lockdown.

The entirety of Hubei province then enforced strict measures in an effort to eradicate the virus there.

Under the city-wide lockdown, nobody was allowed to leave their houses. Wuhan resembled a ghost town during these months. On 8 Apr, Wuhan emerged from their lockdown while the rest of the world, including Singapore, started on their own ones.

The city has largely returned to normalcy after that, albeit with active testing, and with no new cases since May.

This includes the Wuhan Maya Beach Water Park, which reopened in late Jun, according to CNN.

It started getting around 15,000 visitors on weekends after that, and in a bid to get more to come, they are apparently offering 50% discounts.

Since 8 Aug, Hubei Province is also allowing free entry at several tourist attractions — for domestic visitors, that is.

Pictures of a concert pool party, where attendees stood side by side with no masks on, feel unreal in 2020. 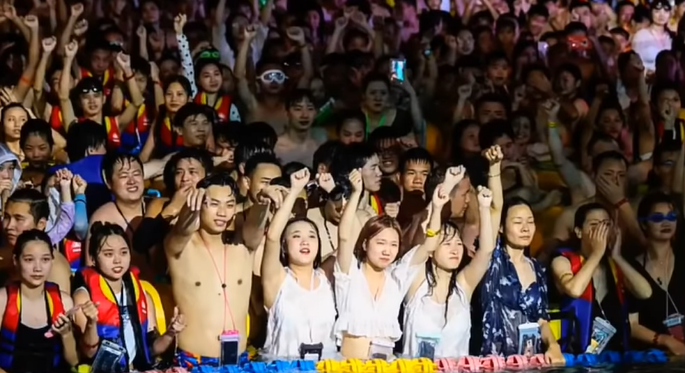 But they’re real, and this is in Wuhan.

Chinese news say scenes are a payback for fight

Covid-19 was called the Wuhan coronavirus when it first emerged. Everyone around the world is aware of this. But they’ve ended their lockdown and no new cases since May.

Yet other countries are seeing a resurgence in cases, fuelling worries that the same might happen.

However, the Global Times say that the city has gone back to normal and called concerns “sour grapes” by other countries.

One person was quoted as saying:

I guess it also rings a bell for some countries, which are still struggling to fight COVID-19, that without strict measures, the virus won’t be fended off. We fought hard, this is our payback.

The crowds are back now, and Wuhan is even a tourist destination for people from other cities.

While Chinese media are at pains to point out that strict measures are required, nobody is quite sure as to whether the situation in China will last.

Singapore authorities, meanwhile, say that life can never return to normal any time. Whether the situation in China can be replicated elsewhere with no large outbreaks is anyone’s guess.

But one thing’s for certain, we’d like to be these people in Wuhan right now, without having to mask up and distance from others.