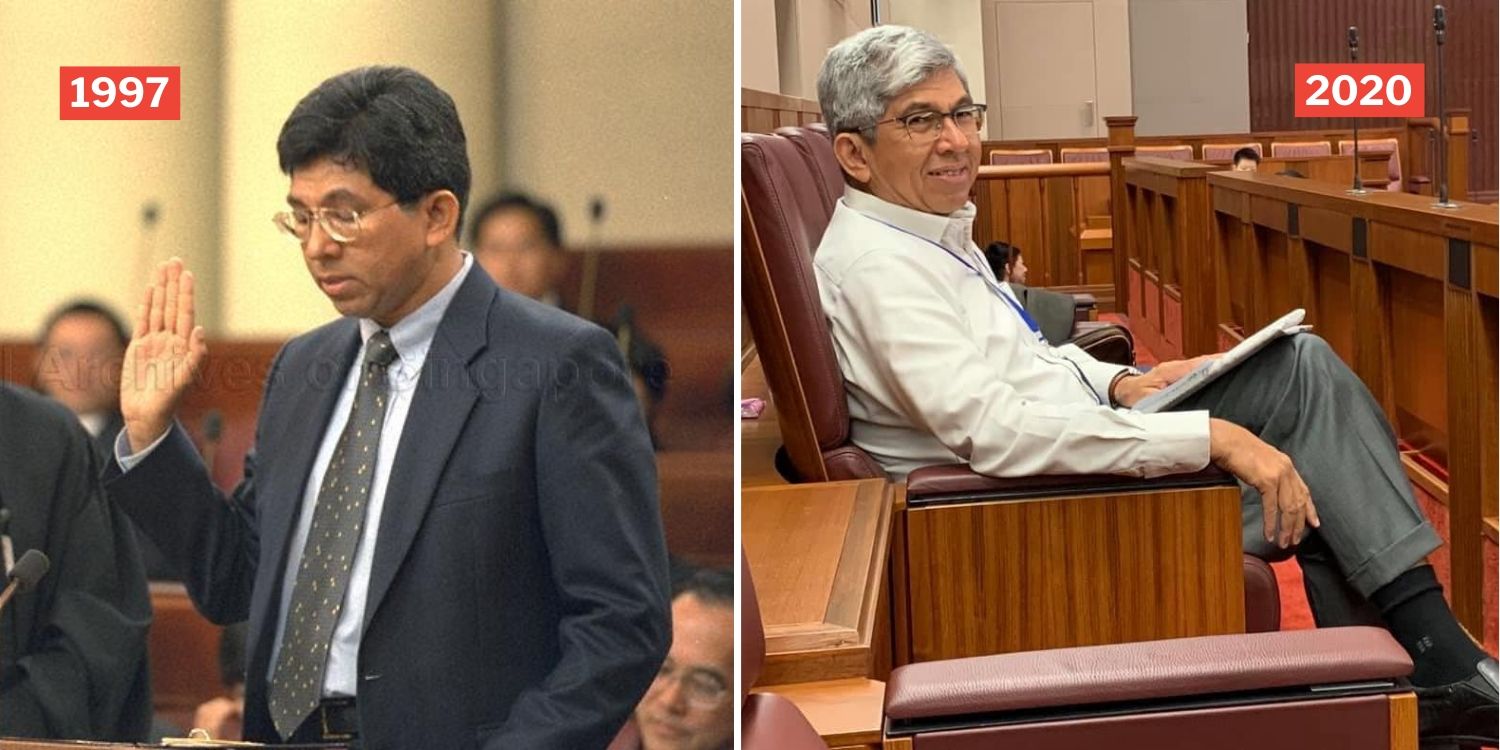 Thank you for your service, sir.

Kolam Ayer residents received 2 big pieces of news on Tuesday (23 Jun). Not only did they find out that the General Election (GE) would be coming soon, but they also had to bid a sudden goodbye.

Their Member of Parliament (MP), former minister Yaacob Ibrahim, announced on Facebook that the dissolution of Parliament also marked the end of his political stint. 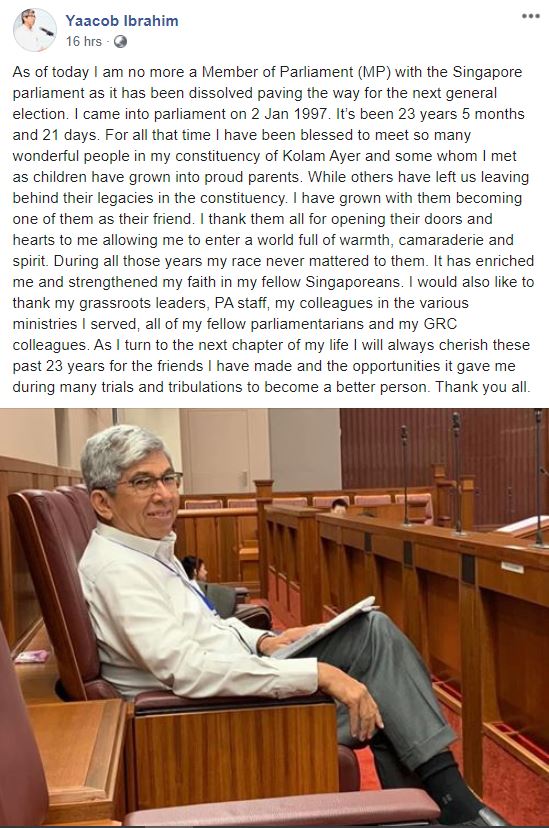 After over 23 years serving Singapore in various capacities, we look back at some of the defining moments of the 64-year-old’s political career.

1. Grew up in Kolam Ayer, took care of residents for 23 years

Ever since his first foray in politics in 1997, Dr Yaacob Ibrahim has been dutifully serving the residents of Kolam Ayer.

He’s clearly left a positive impact on the people in his ward, winning the vote as part of Jalan Besar Group Representation Constituency (GRC) in 4 GEs, and Moulmein-Kallang GRC in GE2011. 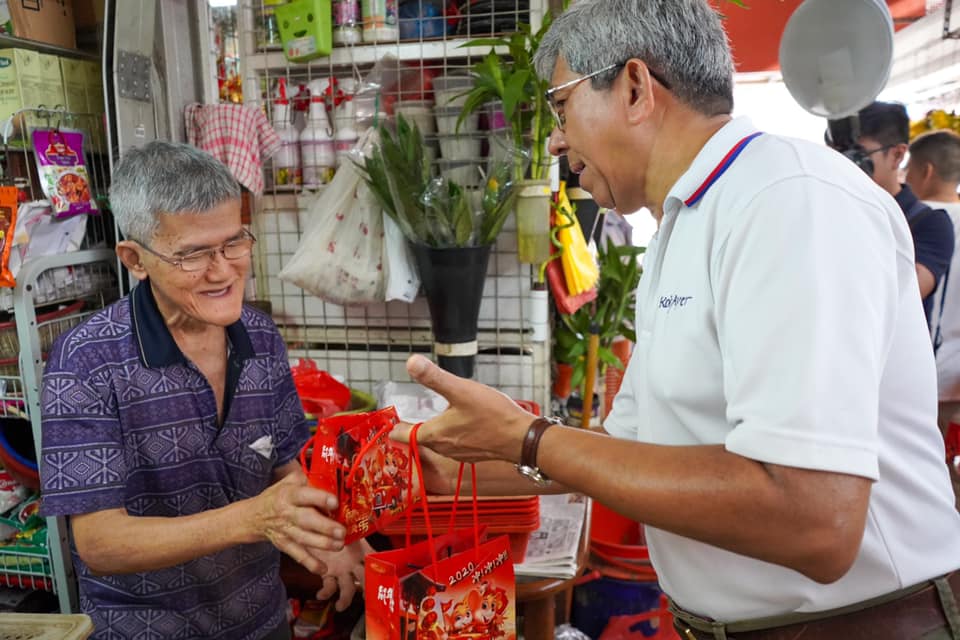 Even more remarkable is the fact that he grew up and lived in the very ward he has served for so long, something Prime Minister Lee Hsien Loong pointed out in his valedictory letter to him when he stepped down from the Cabinet in 2018. 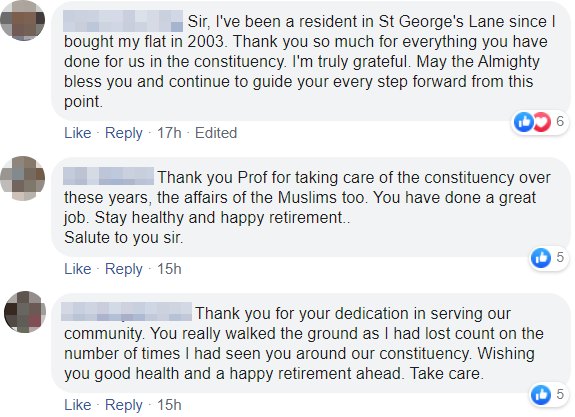 Always present on the ground to check on residents personally, Dr Yaacob added a gentle, human touch to his political duties.

2. Looked out for the Malay-Muslim community

While working under the Ministry for Communications and Information Technology (MCI), Dr Yaacob had the honour of becoming the first Mayor of the Central Singapore District (CDC), overseeing community programmes in 4 GRCs and 3 SMCs.

Taking on the responsibility just months after the discovery of Jema’ah Islamiyah’s presence in Singapore, Dr Yaacob had a huge burden to carry.

In a 2018 interview with Advisory, he shared how the stress led to sleepless nights and toothaches as he would grind his teeth in his sleep. 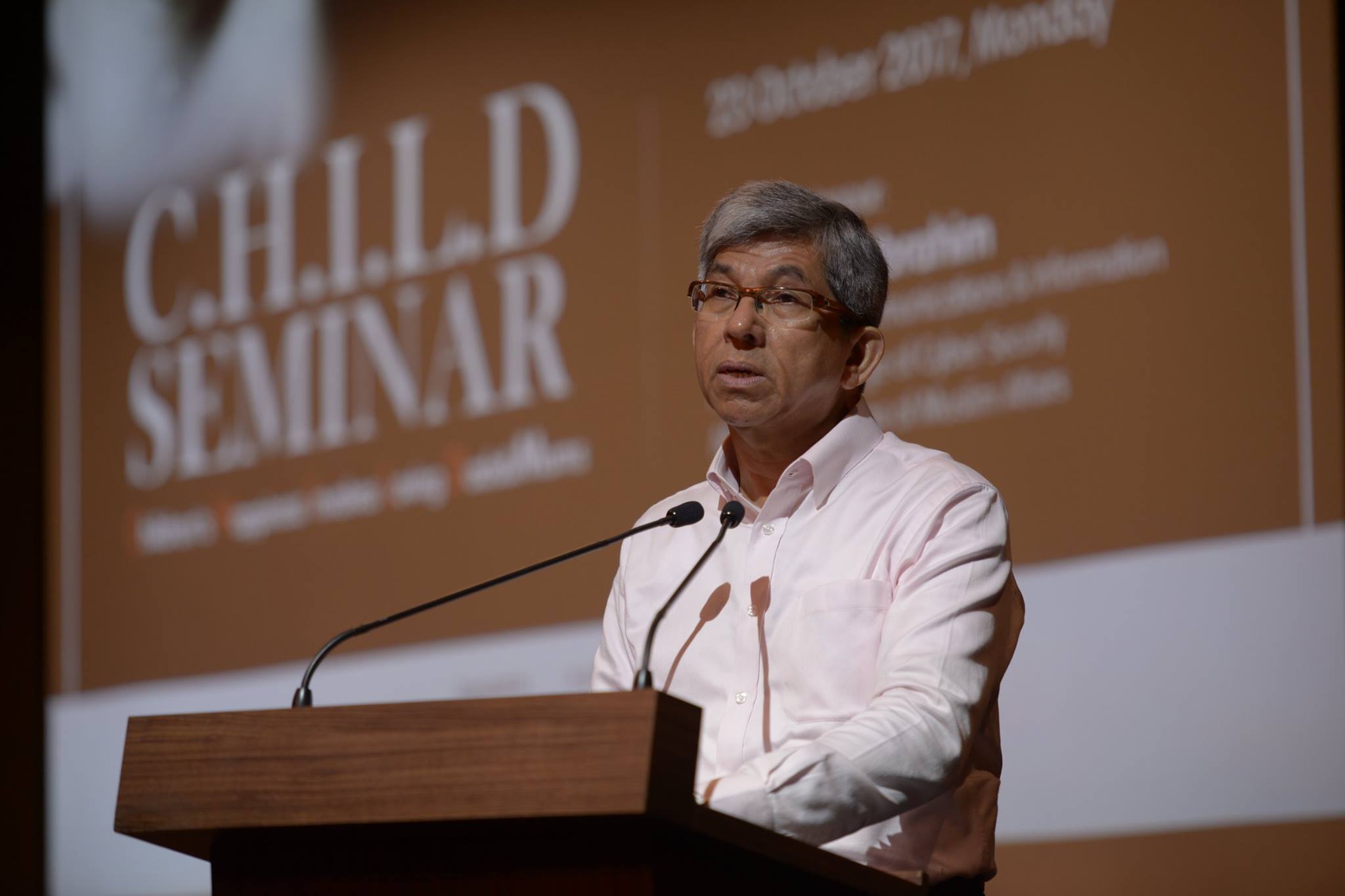 Thankfully, he managed to reassure Singaporeans that there was nothing to fear, as the local Muslim community posed no threat.

After the tension blew over, he redirected his focus to setting up support systems for the community via several educational avenues: For the wider community, Dr Yaacob launched the Mosque Upgrading Programme, which revamped old mosques with a fresh new look. Once he fell into the groove as Muslim Affairs Minister, Dr Yaacob became the Minister for Environment and Water Resources in 2004.

In that portfolio, he executed the Four National Taps Strategy, which included the following projects: 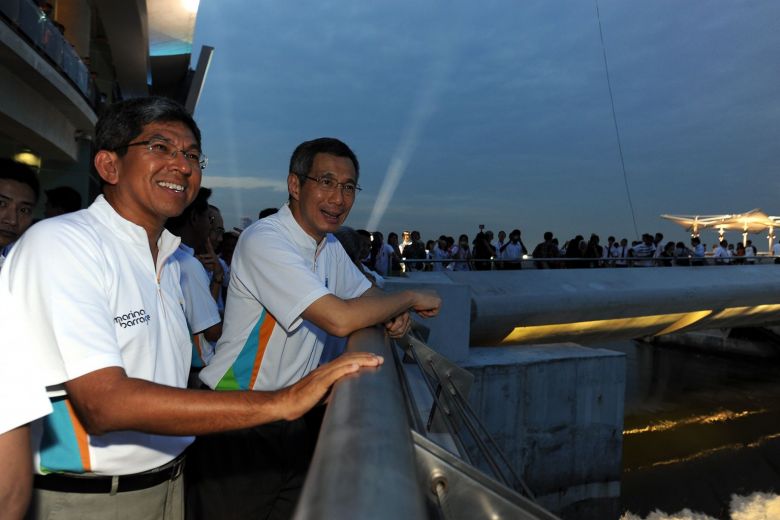 With these projects in full swing, Singapore was able to reduce our dependency on water from our neighbours and establish a local water supply.

In 2011, Mr Yaacob returned to helm the MCI, now the Ministry of Communications and Information, and wasted no time in improving Singapore’s Internet connectivity.

Besides ensuring the installation of fibre optics cables islandwide, he upgraded the free public Wi-Fi Wireless@SG to Wireless@SGX, which is a lot faster.

It was also under his charge that Singapore transitioned from 3G to 4G, with Singaporeans enjoying greater online connections nationwide.

Though his retirement may come as a surprise to many, after over 2 decades of service, perhaps it was a good time for him to take a break. 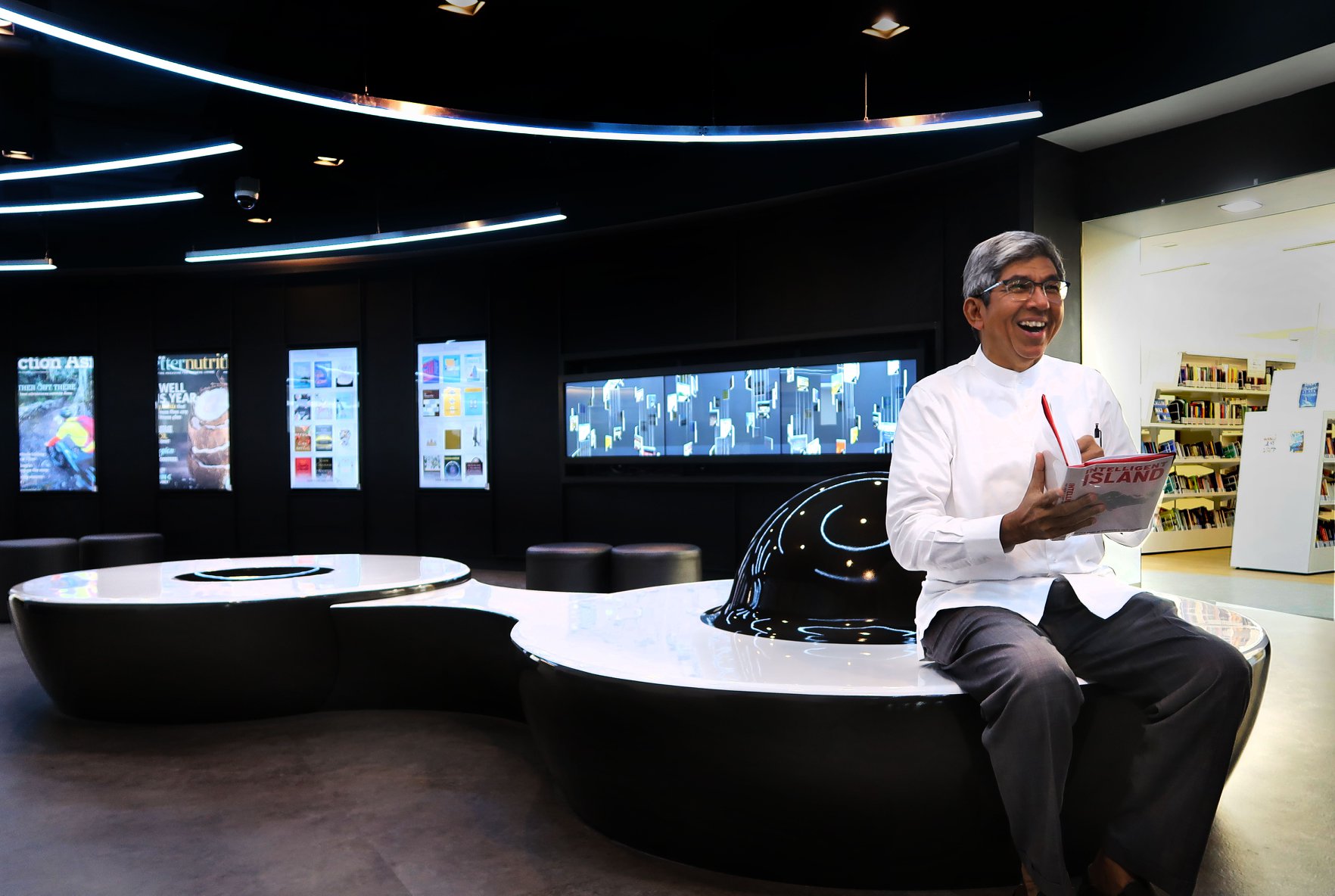 In his political career, he’s had so many achievements – some probably not so well-known among the Singapore public – so he fully deserves to have a break.

We look forward to the next generation taking over and wish Dr Yaacob all the best for his future plans.

Featured image adapted from National Archives of Singapore and Facebook.