Padlocks were used to secure them in place.

Seeing residents engaging in sports like basketball in common areas is a heartening sight. However, Yishun residents might not be able to see that after night falls, due to certain obstructions.

A basketballer in the neighbourhood took to social media on Monday (19 Oct) to express his displeasure after finding random items blocking the basketball nets at Yishun Nature Park. 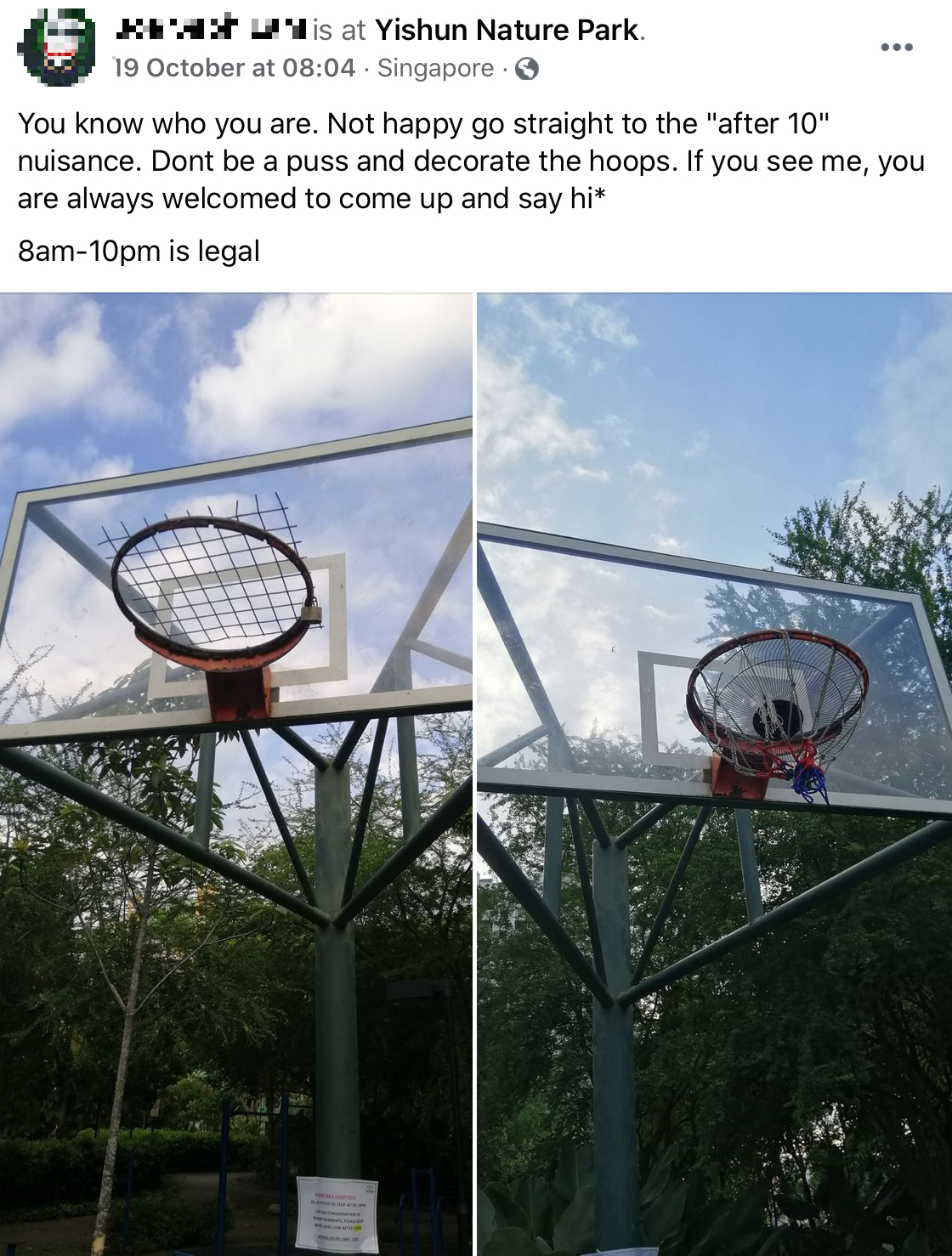 MS News later learnt that Nee Soon Town Council (TC) had placed them there after receiving multiple complaints about noise disturbance at night.

On Monday (19 Oct), a Facebook user posted 2 images of basketball hoops at a court at Yishun Nature Park being sealed off from use.

One image shows a BBQ grill covering it, with padlocks securing the blockage in place. A notice on the pole also says that playing is disallowed after 10pm. 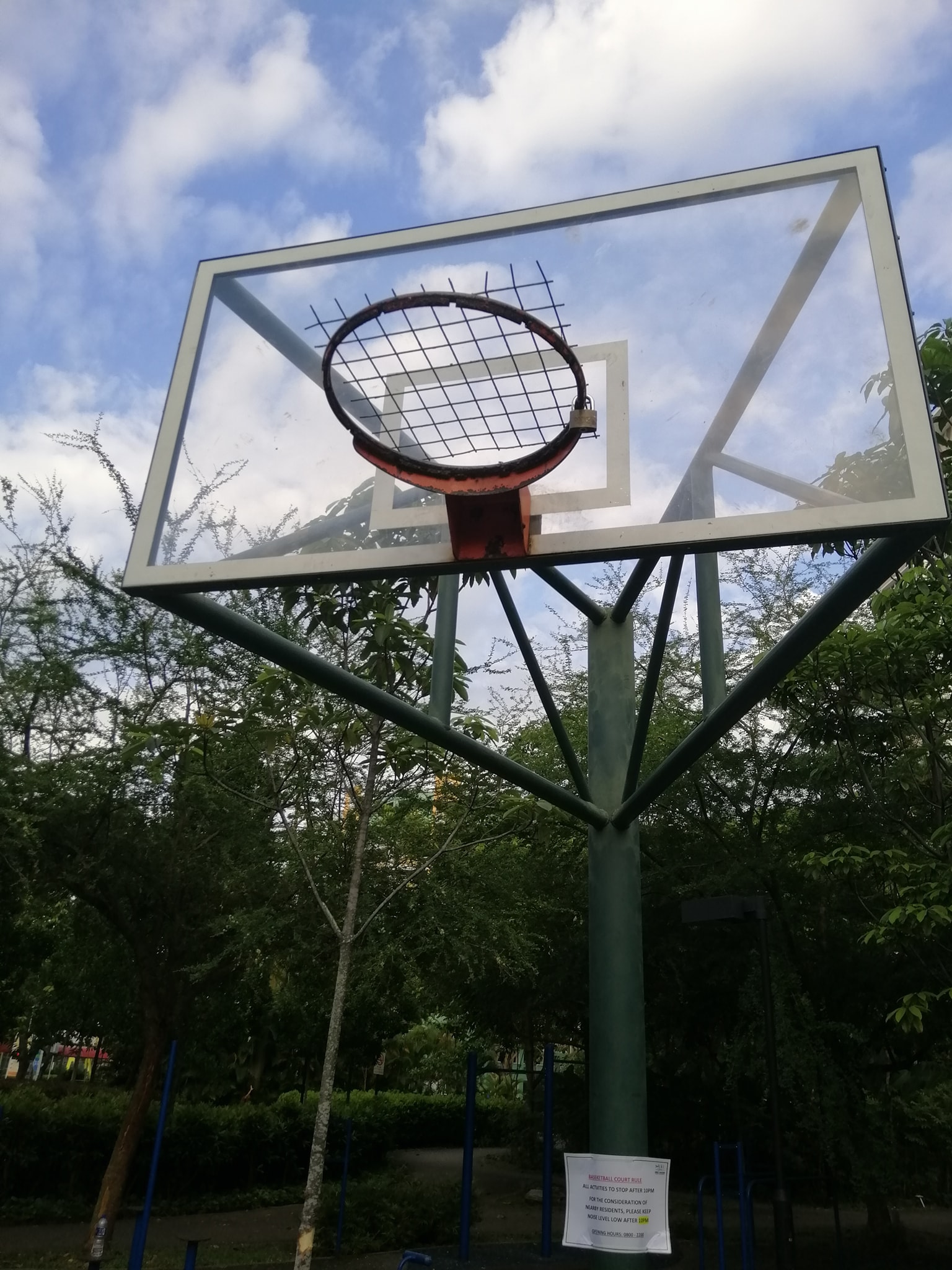 Another hoop had a fan’s grill fit snugly inside, its net tied into a knot, and a lock holding both of them together. 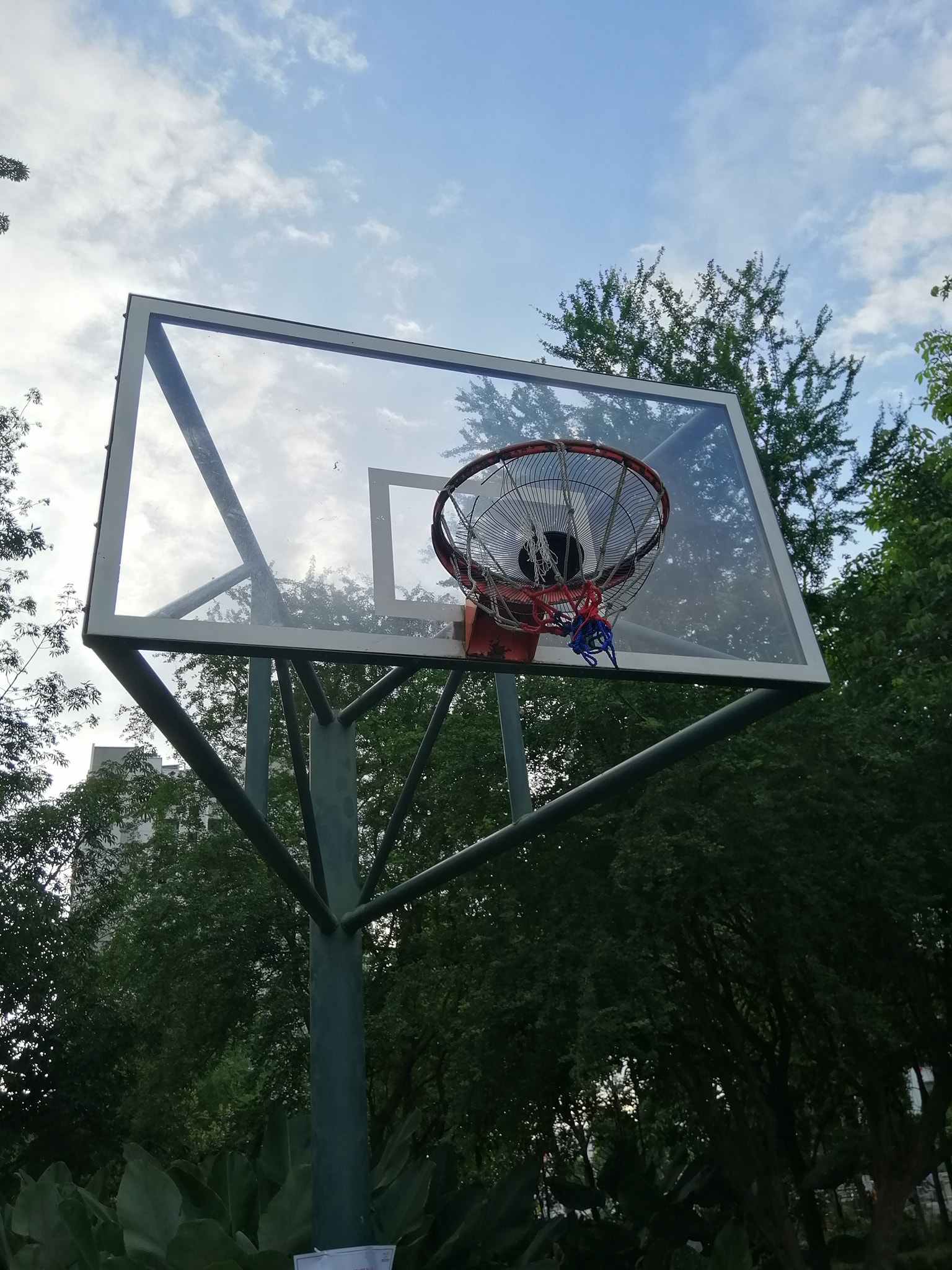 Assuming that the “decoration” was the work of a resident, the OP asked them to “come up and say hi” to him if they ever see him.

He also alleges that the locks are there even during permitted hours, which is 8am to 10pm.

Nee Soon TC says obstructions are there to curb noise

Responding to queries by MS News, Pauline Kaw, senior manager of Strategic Communications and Public Relations at Nee Soon TC, clarified that this measure was enforced due to noise disturbance after 10pm.

We received feedback from residents regarding ongoing noise from the court after 10pm which has caused disturbance to them resting at night.

She said that the hoops are only barricaded from 10pm to 8am daily and reopens at 8am for residents’ use.

Ms Kaw added that a notice is put up to “inform and remind” users about this measure.

Community amenities are there for all to enjoy.

We have the right to use them for our pleasure. However, everyone is also entitled to their peace and quiet especially when the area between private and public space blurs.

If we can spare a thought for the residents living in the same neighbourhood, disputes like these can be resolved. So let’s be considerate towards one another.