Latest News Lifestyle Things To Do

Cycling has become a popular activity among Singaporeans and it seems even celebrities have jumped on the trend.

On Sunday (7 Nov), veteran actress Zoe Tay took to Instagram to share the 42-km Merlion pattern she ‘traced’ on her bike. Having ‘conquered’ the Merlion route, Ms Tay apparently has her eyes set on the ‘Godzilla’ course next.

According to Lianhe Zaobao, Ms Tay and her friends started the challenge at 4pm on Monday (8 Nov).

They began by ‘drawing’ the relatively complex face of the Merlion before setting out to complete the head and mane of the ‘creature’. 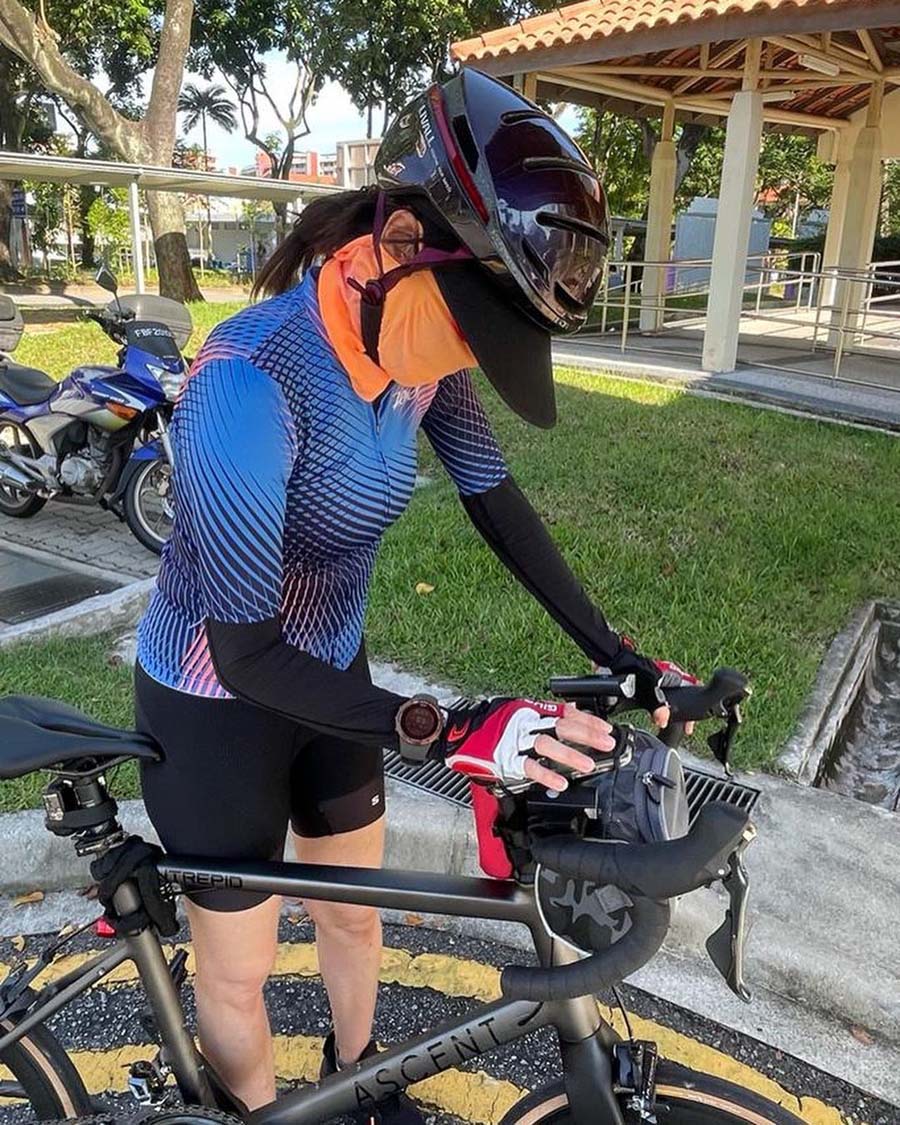 In order to be efficient, the group did not stop for a meal throughout their 6-hour journey and only drank water and indulged in snacks. 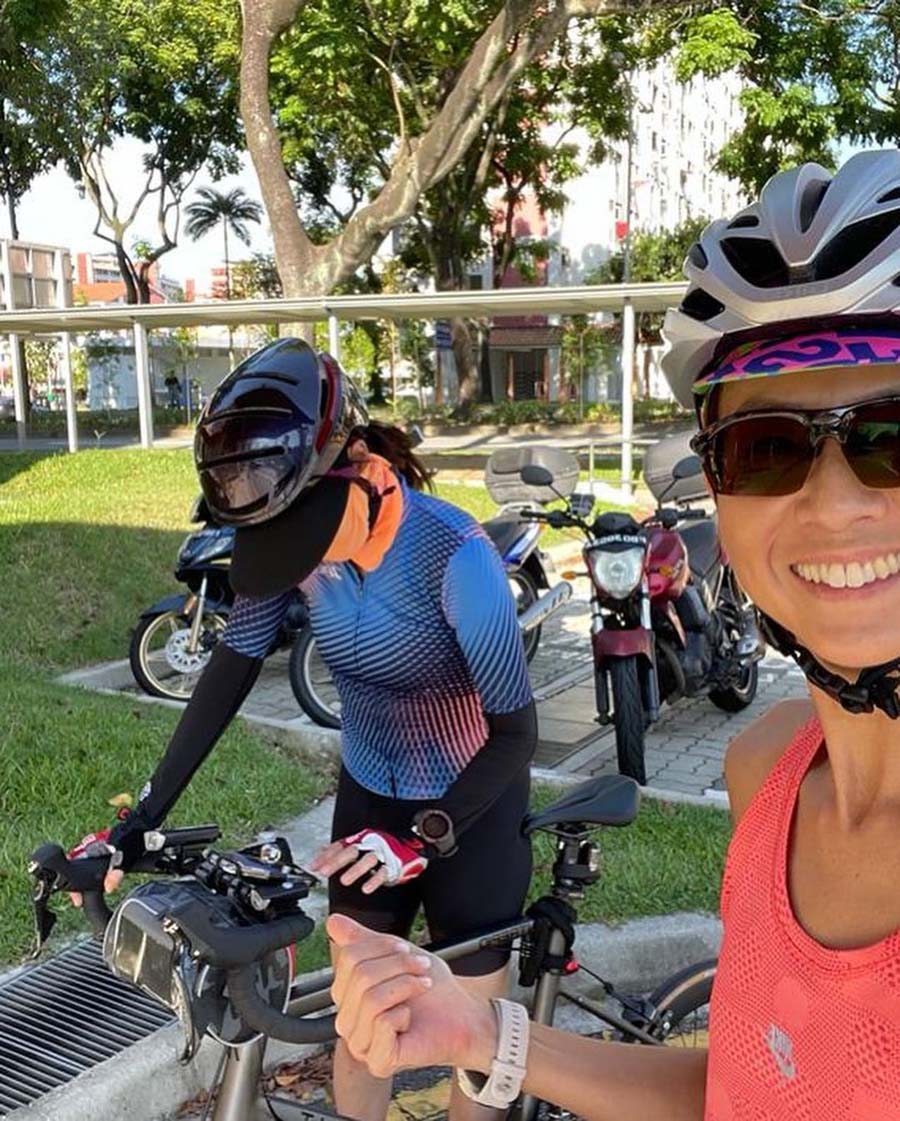 They eventually completed their ‘portrait’ at around 9.30pm.

Speaking to Lianhe Zaobao, Ms Tay said it was rather challenging to follow the outlined route, especially in parks where there are no road signs.

However, as part of the route traversed areas in Ang Mo Kio and Bishan, close to where the former TV station was, Ms Tay had an easier time finding her way around. 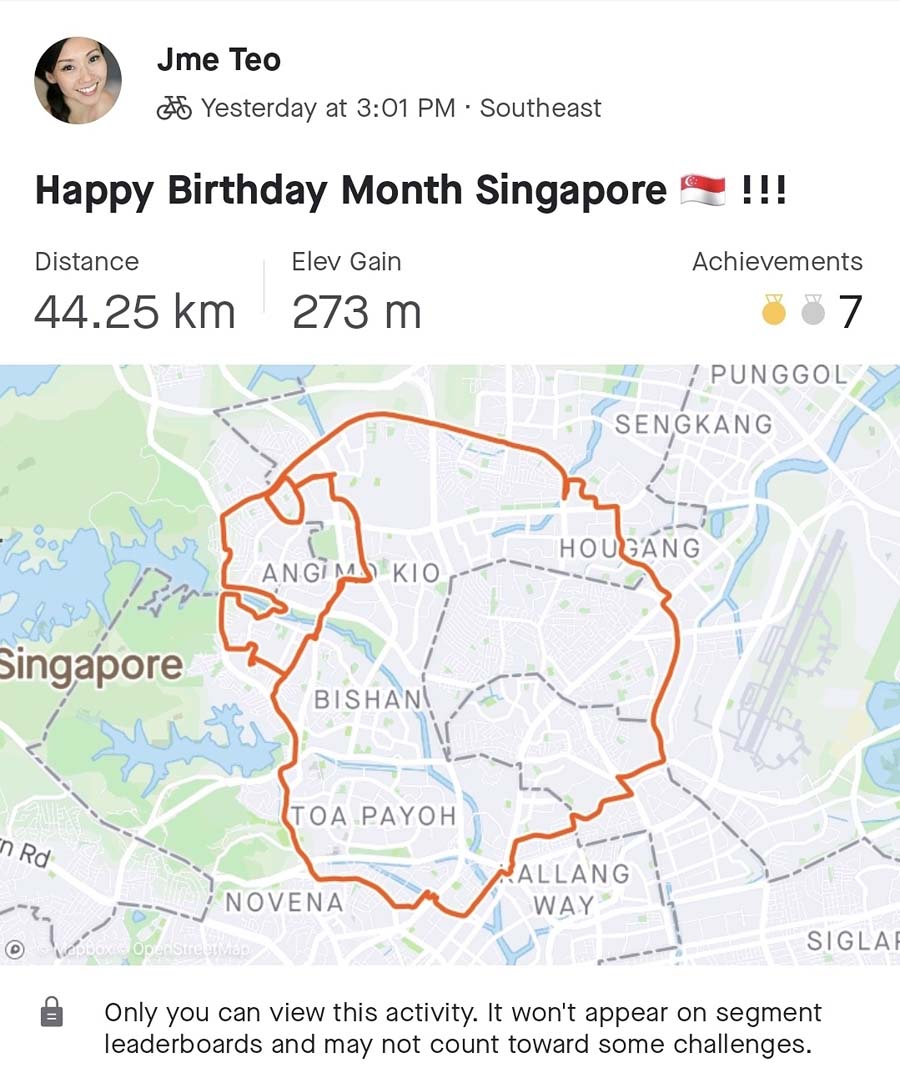 The map seems to be pioneered by this cyclist’s 77km Merlion route which went viral last National Day.

Plans to try Godzilla route next

Having attempted the course, Ms Tay realised it’s difficult to ride a bike while following a specific route — cyclists must constantly think of where to turn next, which requires a lot of active navigation. 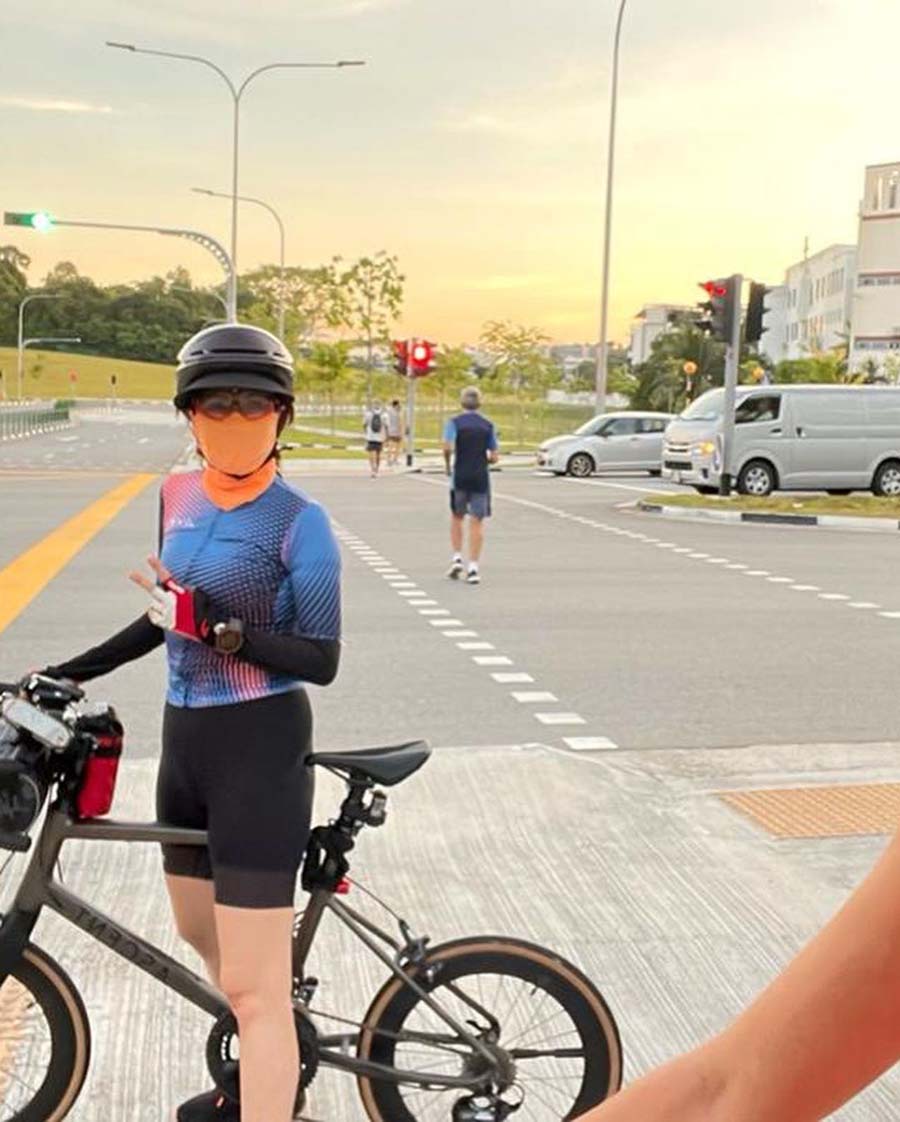 Nonetheless, she admired the people who managed to map out these creative routes.

In the future, she plans to try the 60km Godzilla route which takes around 8 to 10 hours to finish.

Kudos to her dedication

Kudos to Ms Tay for her dedication and perseverance in finishing the challenge. If you’d give the routes a try, you can follow both cyclists’ Strava accounts.

Have you tried the Merlion cycling route too? Share with us your experience and pictures in the comments below.