6 Police Officers Struggle To Pin Down One Man, Netizens Divided

Apprehending a criminal is a common scene in police dramas, but it’s a lot more complicated in real-life.

In a Facebook video that has now gone viral, 6 police officers are seen struggling to pin down 1 aggressive suspect. The man screams and shouts, but is repeatedly restrained by the officers.

According to her, the suspect was chased by the police from Henderson to Redhill.  It isn’t clear if the incident was related to drugs or theft, but the suspect was aggressive. 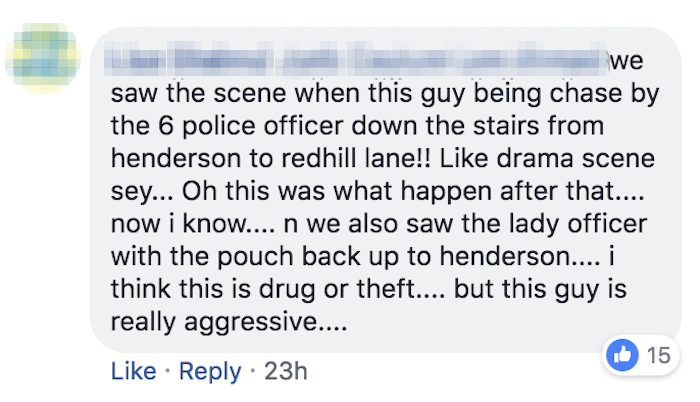 The Internet as usual shared their own opinions, some criticised the police, but many opted to defend them.

This netizen quipped that people should “stop watching too much police dramas and movies”. 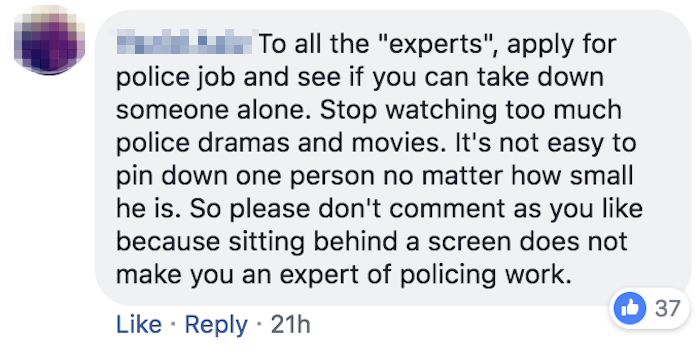 Others pointed out that police work is very different from UFC. 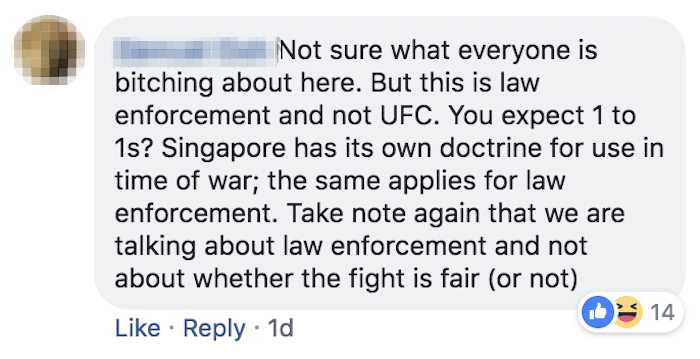 But we’re all here for the funny memes about self-proclaimed law enforcement experts. 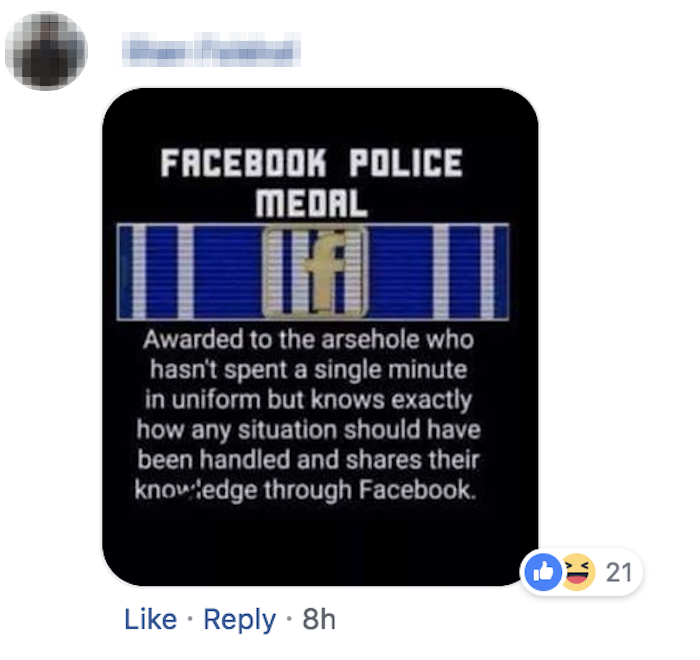 And let’s not forget the philosophers. 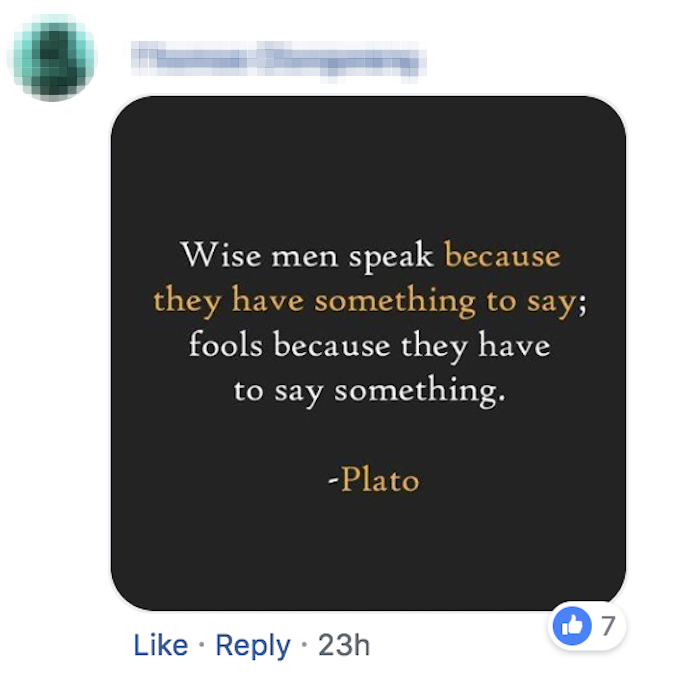 Why not use tasers and stun guns for faster arrests?

Mr Simon Ng, superintendent of the Singapore Police Force, previously commented on the safety guidelines for using these items in a report from The Strait Times:

When effecting an arrest, police officers will assess the most appropriate use of force based on the circumstances; this includes the use of Taser guns under strict safety guidelines.

While it isn’t clear what these safety regulations are, we know that stun guns and tasers shouldn’t be used carelessly.

Is pinning down criminals the best way to apprehend them? Probably.

In the meantime, we ought to remember police dramas and UFC fights aren’t realistic.