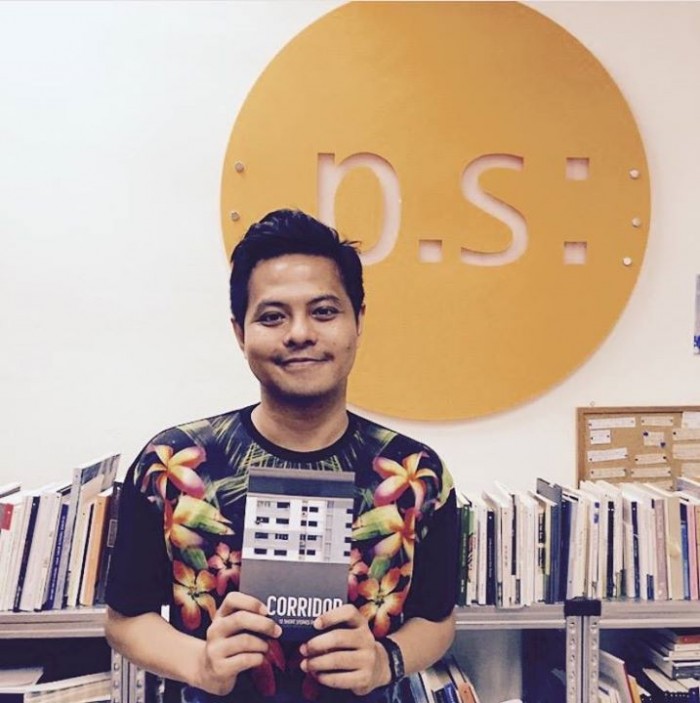 A lot happened in 24 hours

Okay, so we reported on ex-NMP Calvin Cheng’s potentially defamatory post yesterday (28 May) about ISIS and Alfian Sa’at, but the real shitstorm did not ensue until after we’d published it. You might want to check that article out first before reading this one.

Now, where were we?

Alfian Sa’at decided to respond to the post with a more constructive comment, expressing his bewilderment and apparent intent to sue: 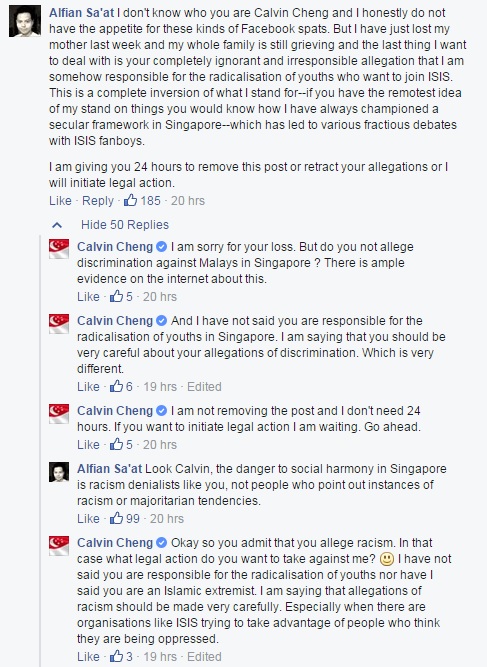 He also made a post on his own Facebook page about the matter, conveniently promoting his new book in the process:

In the end, after having calmed down to think about the situation, he announced that he would not be taking legal action against Cheng. Of course, the matter cannot be fully laid to rest without a long post:

tl;dr: Calvin Cheng’s accusation of him being a Muslim extremist or anything close is wrong; his works about the Malay minority have been funded by the govt, who are really strict about these things; Calvin Cheng has thus far not engaged Alfian on his public Facebook page on any issues but chose to launch an attack from his own page.

Focusing on the real issue at hand

ISIS is a global threat and at the same time, tech-savvy enough to be able to convince people from all over the world to fight for them.

Social commentaries and plays alone will not make people fight for ISIS, and that’s where Calvin Cheng made his biggest mis-step when trying to equate Alfian Sa’at to ISIS propaganda. Hence the backlash, and lack of sympathy for him in starting an unsolicited war which merely led to an increase in visits to his Facebook page.

Everyone should be working together instead of further dividing the social fabric of Singapore, when it comes to ISIS.

Alfian has chosen to let the issue rest (considering the real issue wasn’t even about him in the first place), and maybe Calvin should do the same as well; to focus on more important matters like how to attract more traffic to his page without offending prominent members of the community.