Not a mud bath but Balenciaga's 'The Mud Show' for Paris Fashion Week.

Balenciaga Puts Up ‘The Mud Show’ For Paris Fashion Week

Fashion is about self-expression and in an attempt to appear unique, it can sometimes reach levels deemed ludicrous by some. Perhaps the pinnacle of this is often on display at fashion shows.

Recently during the Paris Fashion Week, Balenciaga left many confused when models trudged through a grimy runway in a huge mud pit.

The scene almost looked like something straight out of the Padang over the recently rainy F1 weekend.

While fashion shows are typically for high society folks, celebrities, and big names in the industry, luxury fashion brand Balenciaga has managed to attract the attention of common folk with their Paris Fashion Week show, with snippets of the event going viral on social media.

And it was all because they held their show in a giant mud pit. Surrounded by huge piles of mud, models catwalked – or rather splashed – down the wet runway.

Unlike the typical pristine show we have come to expect from runways, models were getting mud splattered all over their expensive footwear and pricey outfits. 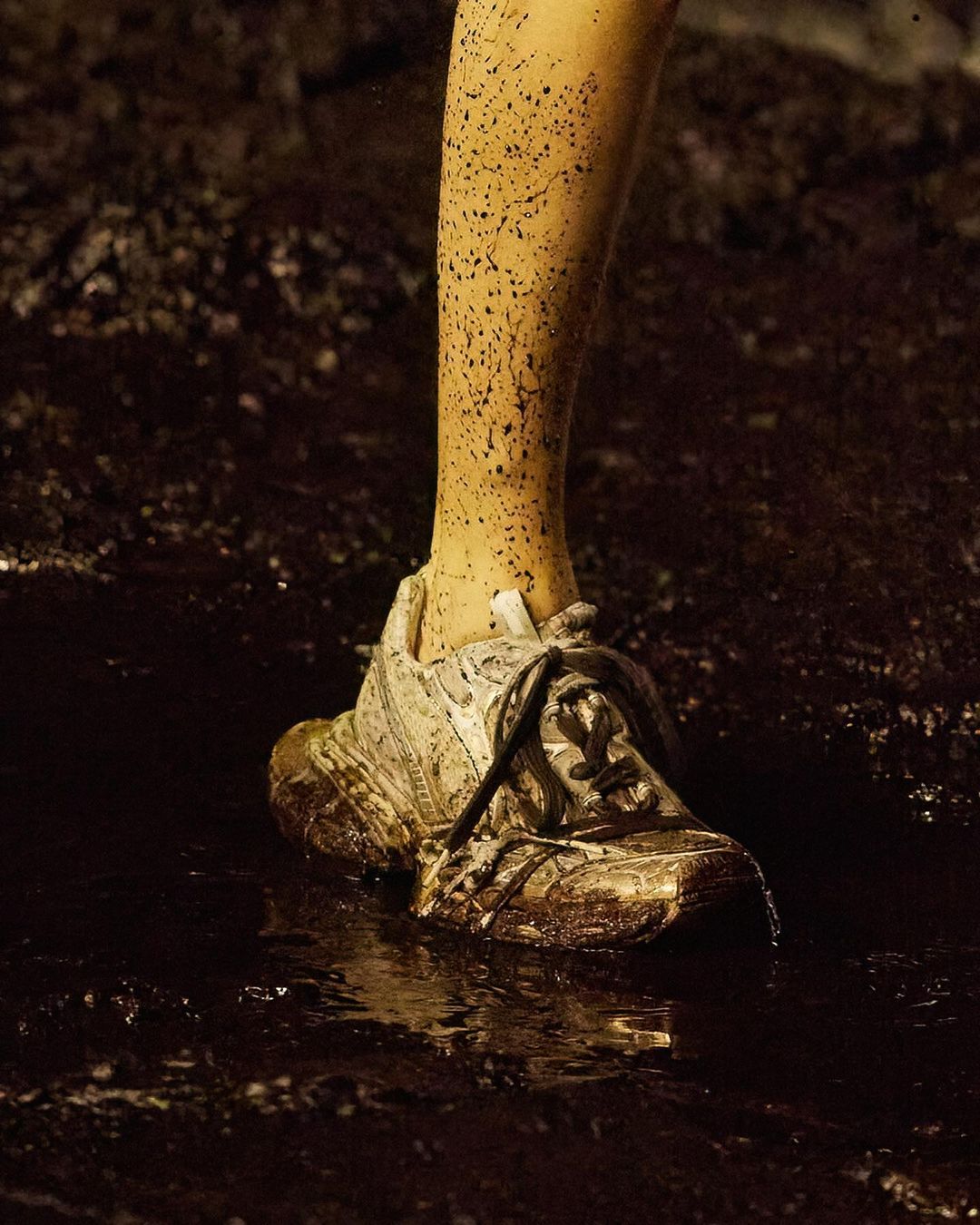 It reminded us of a particular scene of the rainy F1 weekend we just had.

Some in the front row of the show even got mud splashed on their handbags and clothes as models trudged to the techno dystopian soundtrack.

Instead of the usual loud makeup done to perfection, models spotted fake bruises and open wounds. 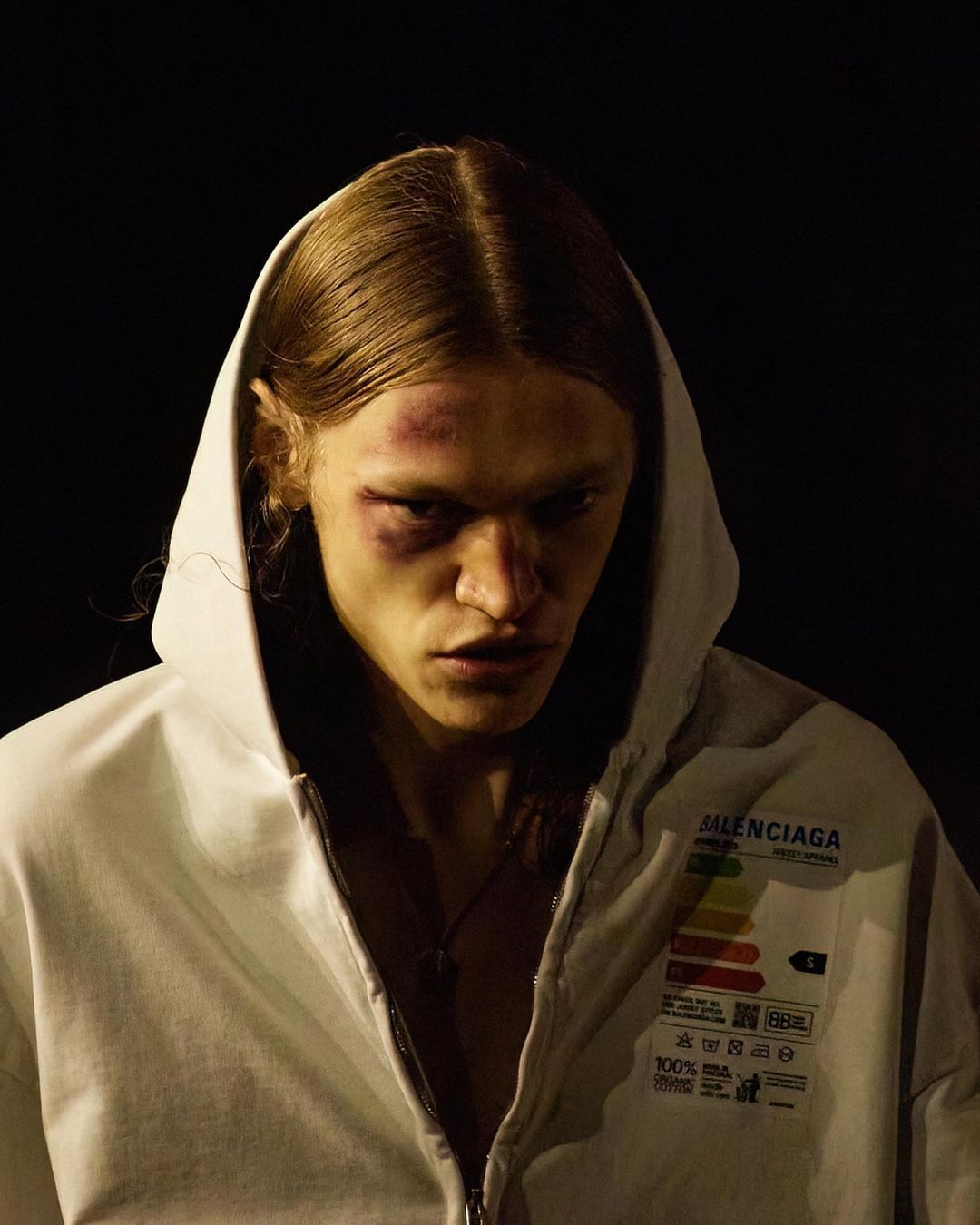 The show was also opened by none other than Kanye West. It was his first appearance as a catwalk model. Donning a black hoodie pulled over a baseball cap, as well as an oversized jacket and baggy leather jeans, not many noticed it was him.

Many confused by muddy show

If you’re not quite sure what to feel about all of this, you are certainly not alone. Some TikTok viewers said that this made them feel that they truly do not understand the fashion world.

Others joked that such high-end fashion made them glad they are poor.

This Twitter user commented that Balenciaga is a “social experiment” that has been going on for way too long.

However, some seemed to be a fan of the artistic element behind the show. Fashion commentator Osama Chabbi said the mud was his favourite part of the show.

He opined that it is perhaps a commentary on how luxury, just like everything around is, is subject to trauma.

‘The Mud Show’ was metaphor for digging for the truth

The brains behind Balenciaga’s ‘The Mud Show’ is fashion designer and Balenciaga creative director Demna Gvasalia.

According to The Guardian, Demna declared that polish and perfection are “pretty old school” as he shook up Paris Fashion Week with his bold move.

The gritty, dystopian aesthetic is all part of a metaphor “for digging for the truth and being down to earth”, he said.

Throughout the show, there were also nods to our everyday life, from AirPods in models’ ears, to housekeys swinging from a model’s ponytail, and dolls strapped to some models in slings. 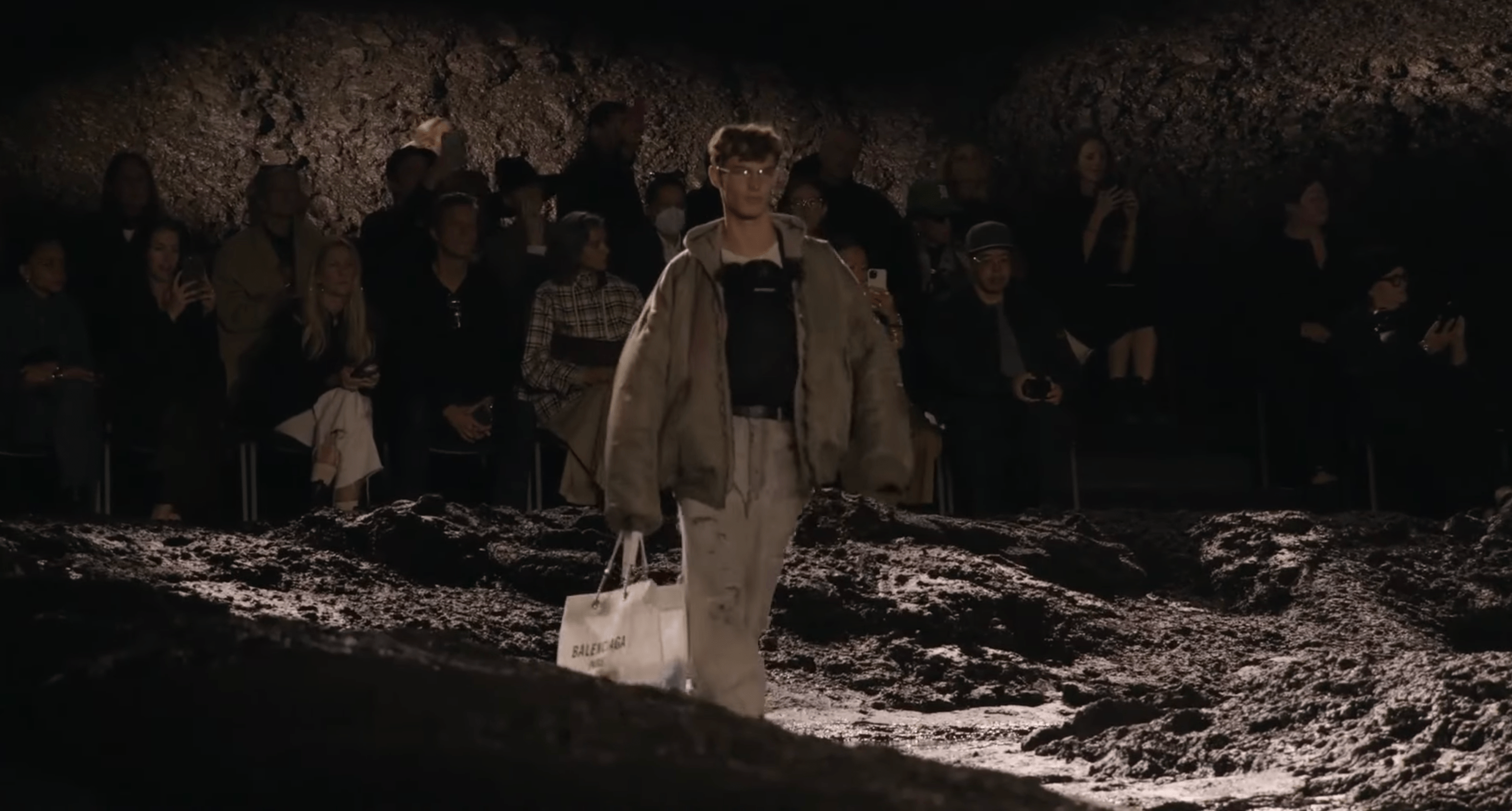 While we might not all understand Demna’s fashion show vision, we can all admit that it is pretty iconic, to say the least.