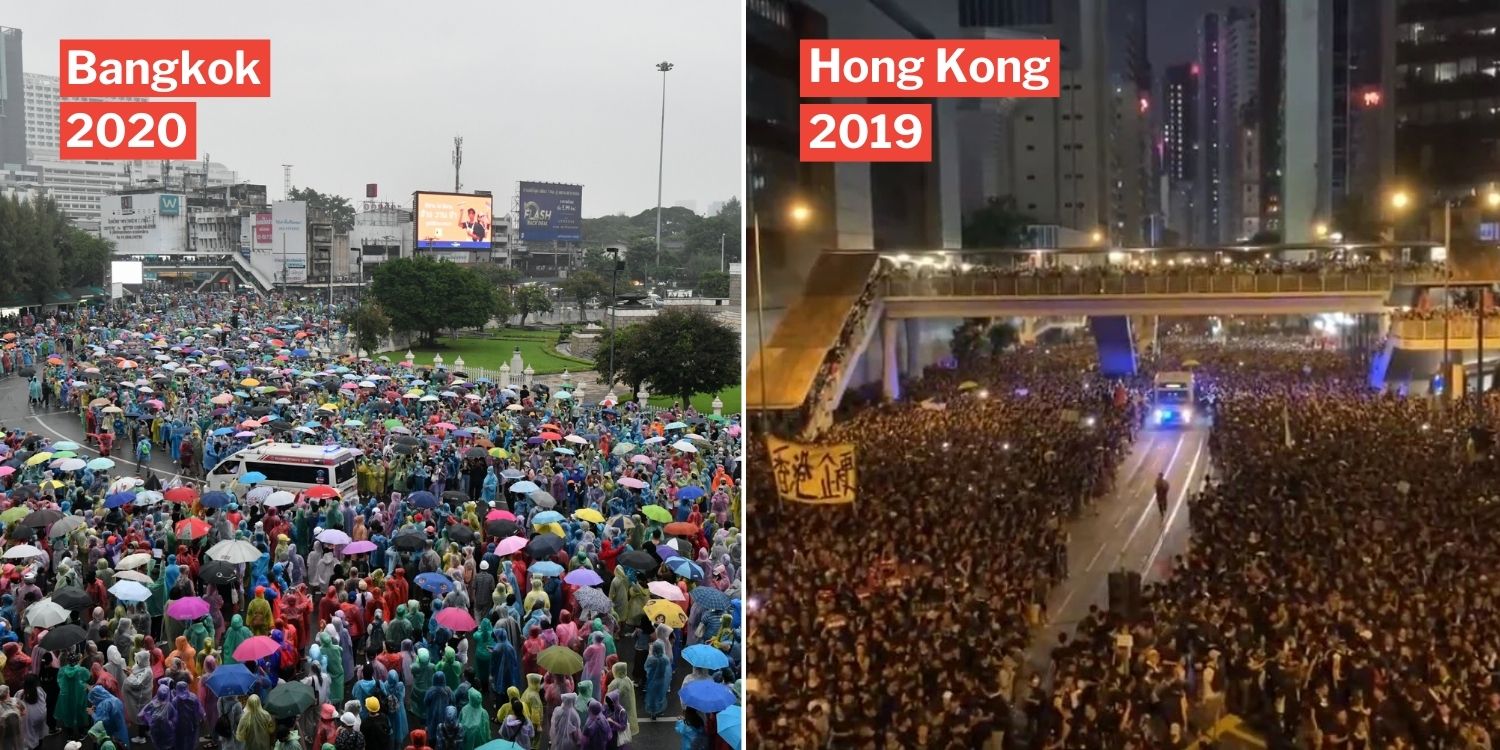 A moving act of solidarity & humanity.

The world has been watching Thailand closely for the last few days as thousands took to the streets of Bangkok to protest against Prime Minister Prayut Chan-o-cha’s government, as reported by Channel NewsAsia (CNA).

However, on the fifth day of demonstrations, a heartwarming scene of solidarity took place. The sea of protesters parted to create a path for an ambulance to pass through.

This rare sight reminded people of a similar moment that occurred during the tumultuous Hong Kong protests last year.

Sea of protestors parted to let an ambulance pass

In a video posted by CNA on Sunday (18 Oct),  thousands of protestors can be seen swarming the streets near the Victory Monument in Bangkok. Most of them carried umbrellas or wore raincoats as they braved the rain to make a stand against the government. 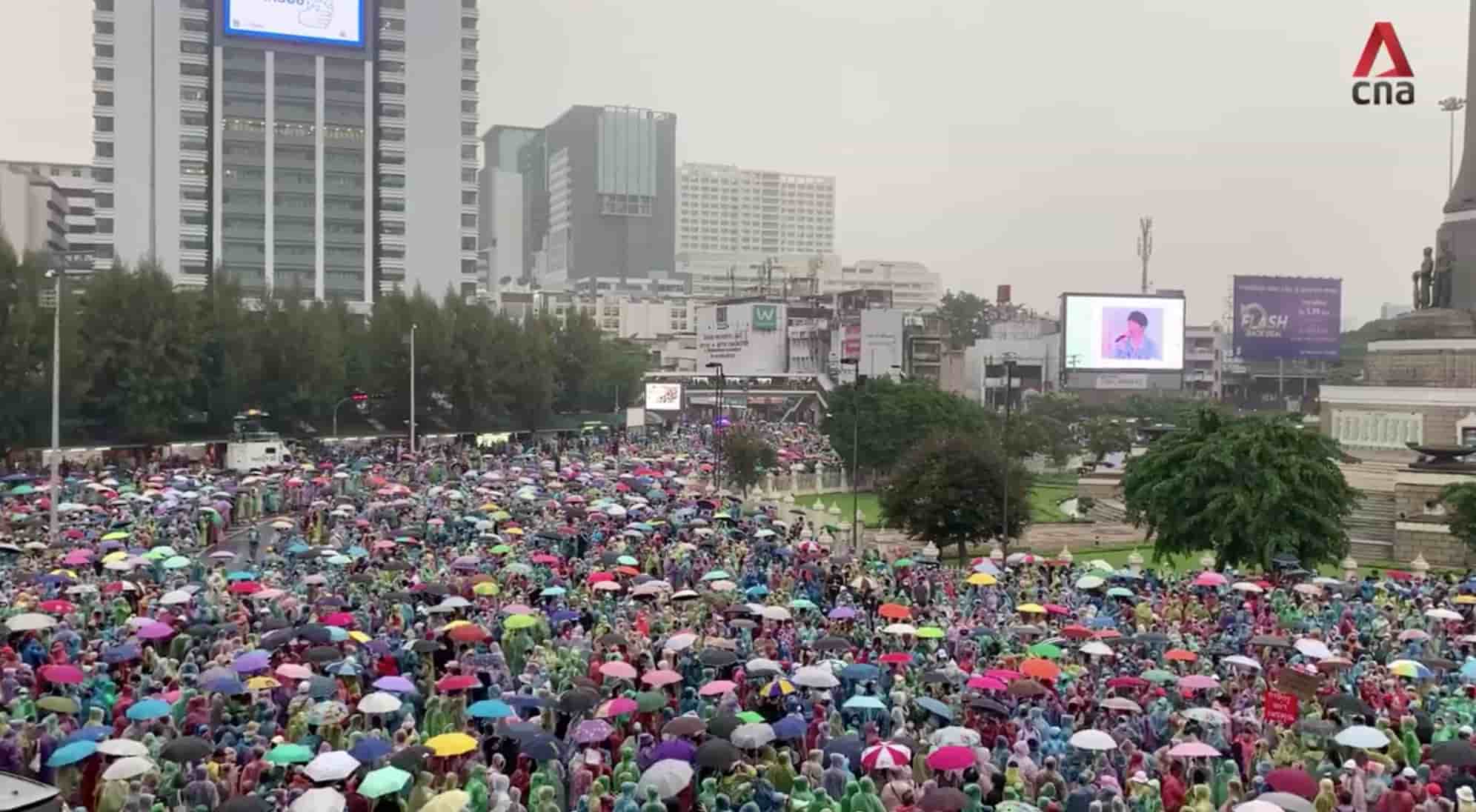 All of a sudden, the crowd started parting at one end, forming a path as they noticed an ambulance trying to pass through. After realising what was happening, the rest of the crowd started following suit almost systematically. 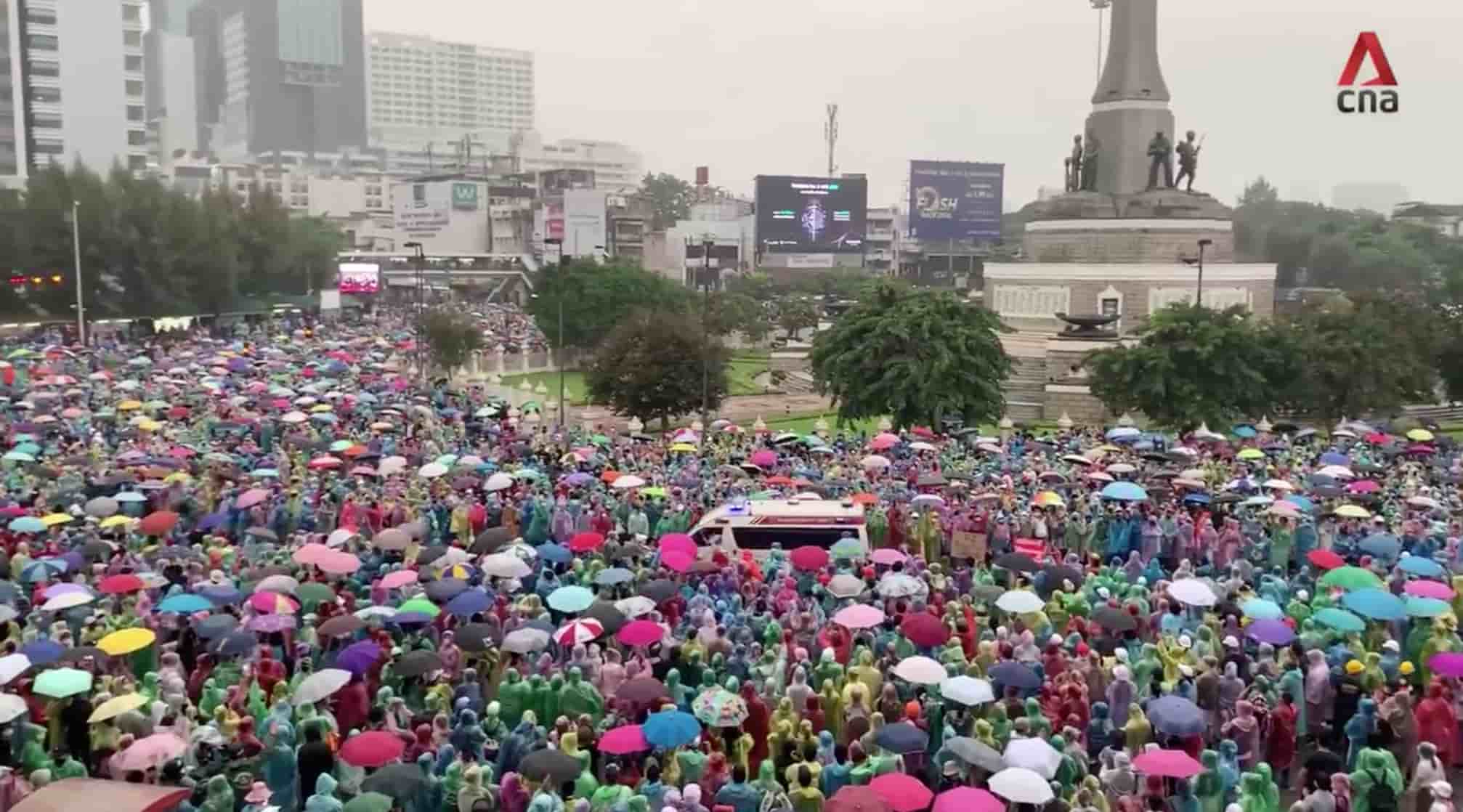 The protestors continued to part in an orderly fashion all the way to the end until the ambulance made its way through.

The pro-democracy protest in Bangkok has actually been going on for 5 months. 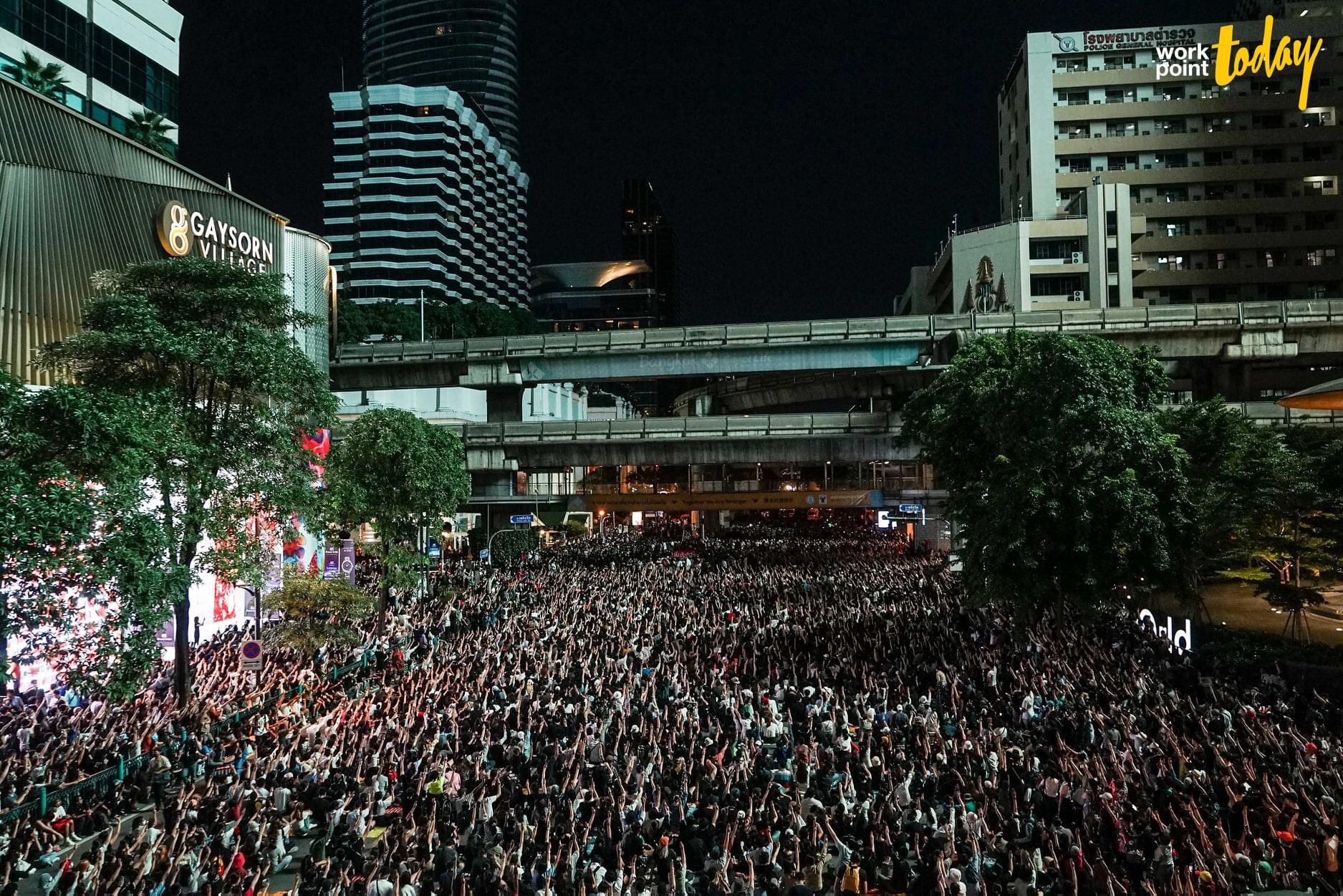 But an incident on 14 Oct, claiming protestors blockaded the motorcade that chauffeured Queen Suthida, led to the government banning all gatherings with over 5 people and arresting more than 20 protest leaders. 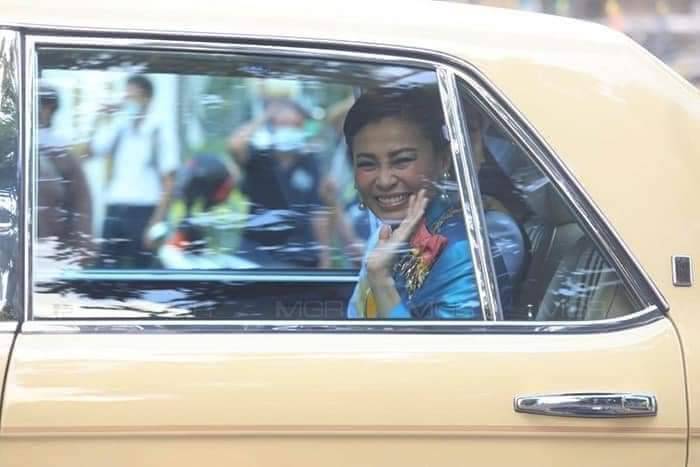 Since then, protesters have taken to the streets chanting for democracy and the release of the protest leaders, including human rights lawyer Arnon Nampa and student leader Parit Chiwarak.

This unexpected scene in Bangkok reminded netizens of a similar heartwarming moment that occurred during the Hong Kong protests in 2019.

On 17 Jun 2019, the throng of demonstrators at Harcourt Road situated in front of the government complex made way for ambulances and public buses to pass.

Like how it moved people all around the world that day, the act of solidarity at Bangkok touched many hearts as well. 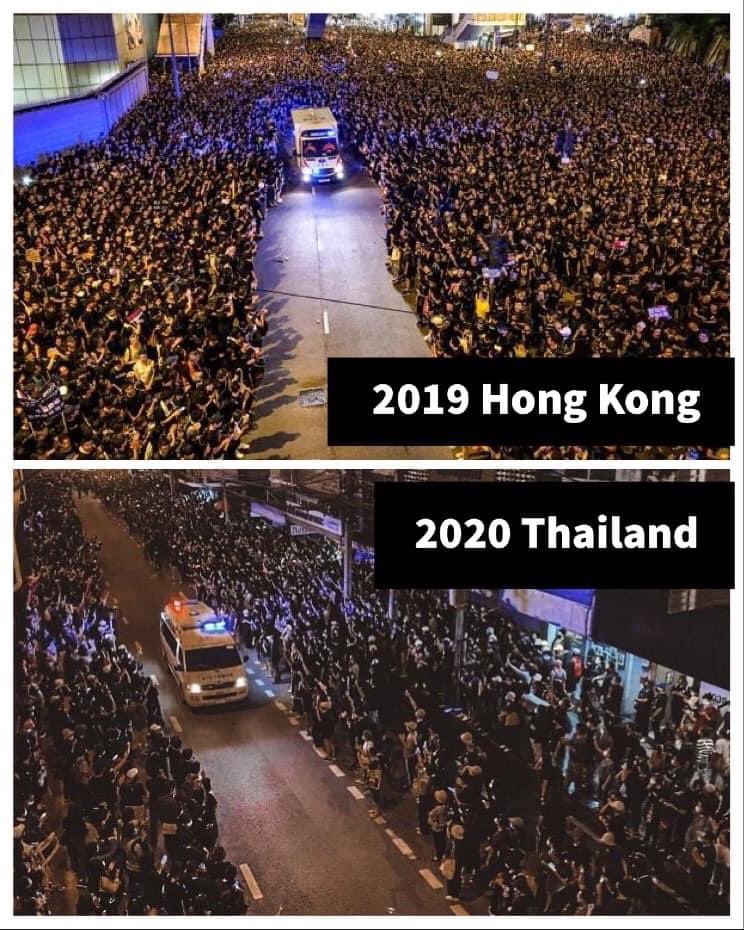 Netizens took to the comments section in the CNA video to share the observation.

Indeed, the resemblance between the 2 scenes are uncanny, though circumstances may slightly differ.

Hope protests will be resolved peacefully

While the situation in Bangkok may not look well now, we hope that it’ll improve soon.

We also hope that the demonstrations will eventually come to an end, so that peace will be restored to the city.