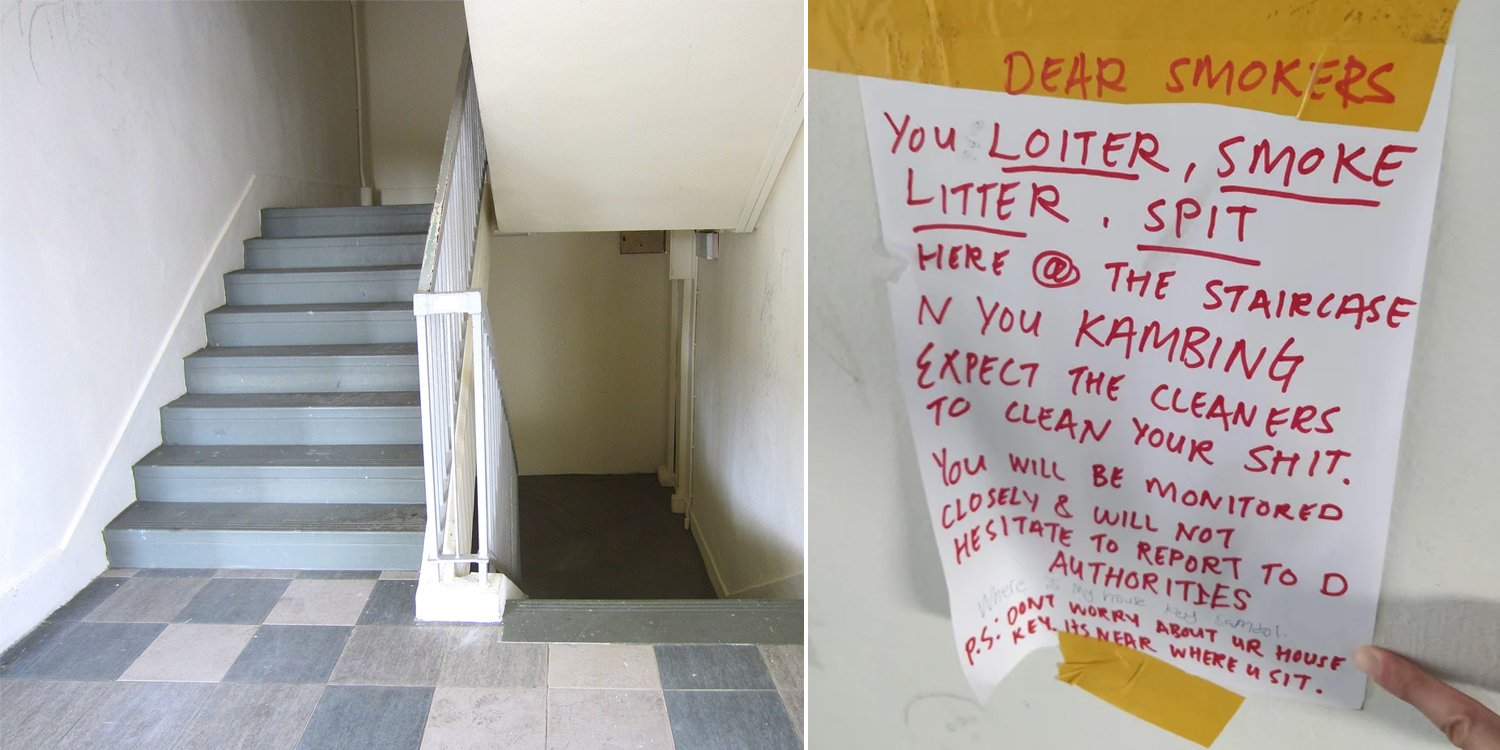 He threatened to report them to the authorities.

When you live in an HDB flat like most of Singapore’s population, it can be pretty troubling to have groups of people gathering at the stairwells near your unit for a puff.

While some of us might choose to simply ignore such incidents when they occur, one resident in Bedok decided to pen a hilarious note to warn a group after they allegedly left litter and spit in the area.

A photo of the note was shared on Reddit on Wednesday (10 Jun). 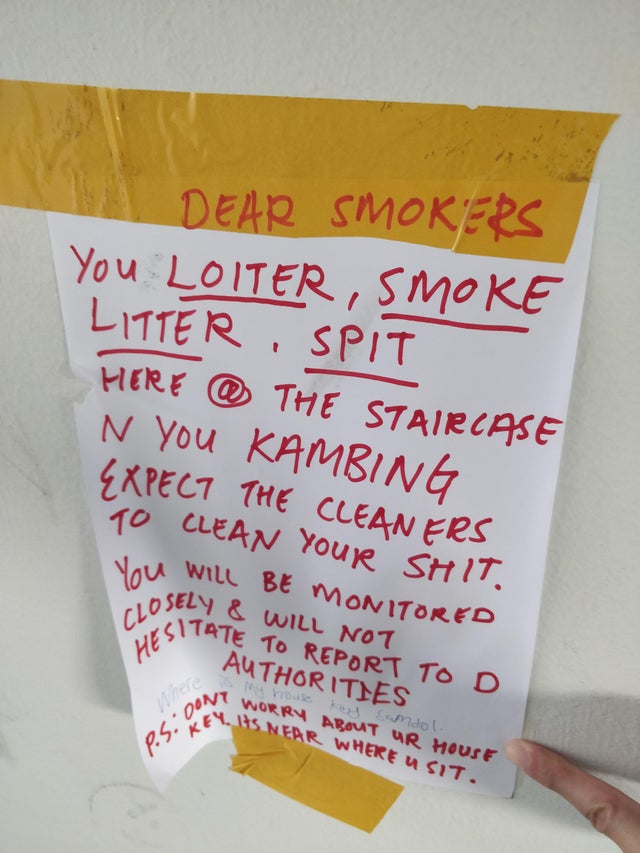 In the handwritten note, the resident calls out the smokers for their inconsiderate acts of loitering, smoking, littering, and spitting at the staircase. 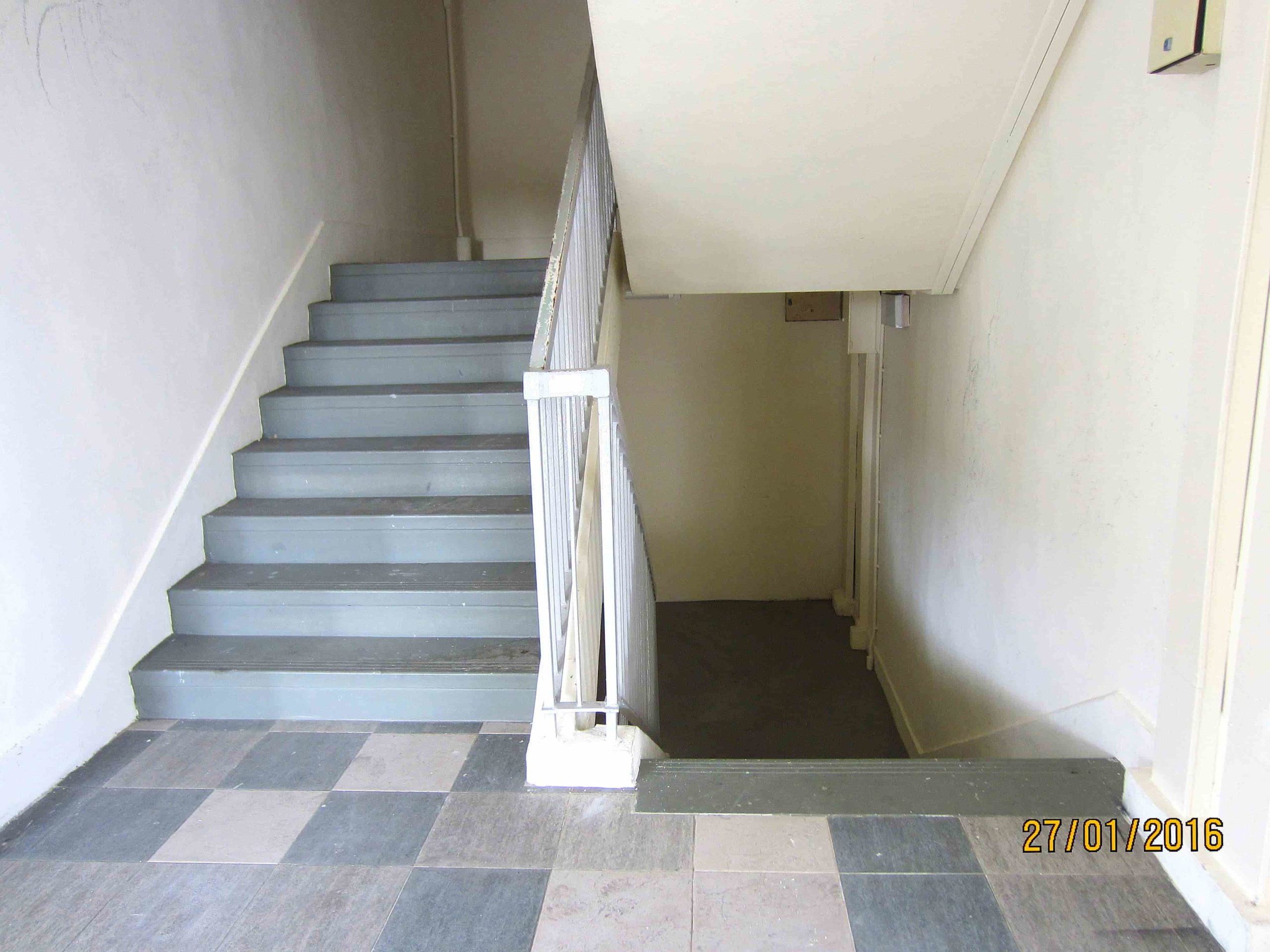 Calling them “kambing” – goat in Malay – the resident further criticised them for apparently expecting cleaners to clean up after them.

He also wrote that he will be monitoring them closely, threatening to lodge a report if similar activities persist.

If you look closely, there’s a line written in faint ink towards the end of the note, bizarrely asking “where is my house key samdol?(.)”.

While the word samdol doesn’t seem to belong to any of the common languages in Singapore, Redditors suggested that it could be a strange mix of sambal and chendol. 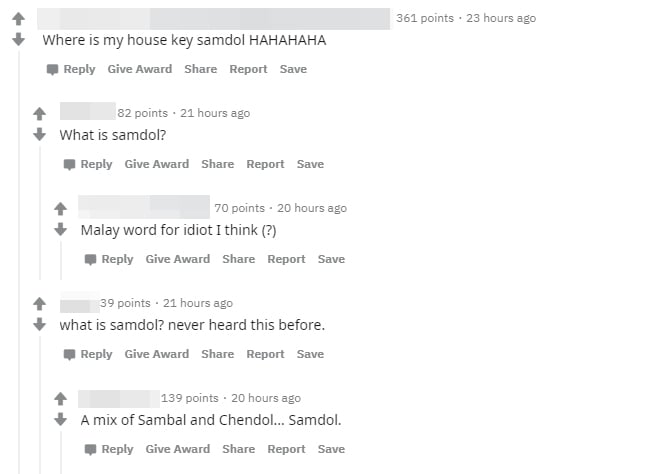 The resident must have found a key lying on the staircase and assumed that it belonged to one of the smokers.

He follows this up by revealing in the note that the key is lying where the alleged smoker was sitting.

Smoking at residential stairwells is illegal

If what was said in the note is indeed true, we hope the group will heed the warning and stop smoking at the staircase.

After all, smoking at common areas like lifts, corridors and stairwells of residential premises is illegal, and the pollution that arises from it – be it noise or smoke – can be pretty annoying for residents staying nearby.

As many of us are home-bound most of the time thanks to Covid-19, let’s not pile more discomfort on our neighbours during this period.

Featured image adapted from Reddit and amylamsg.com. Picture on the left is for illustration purposes only.