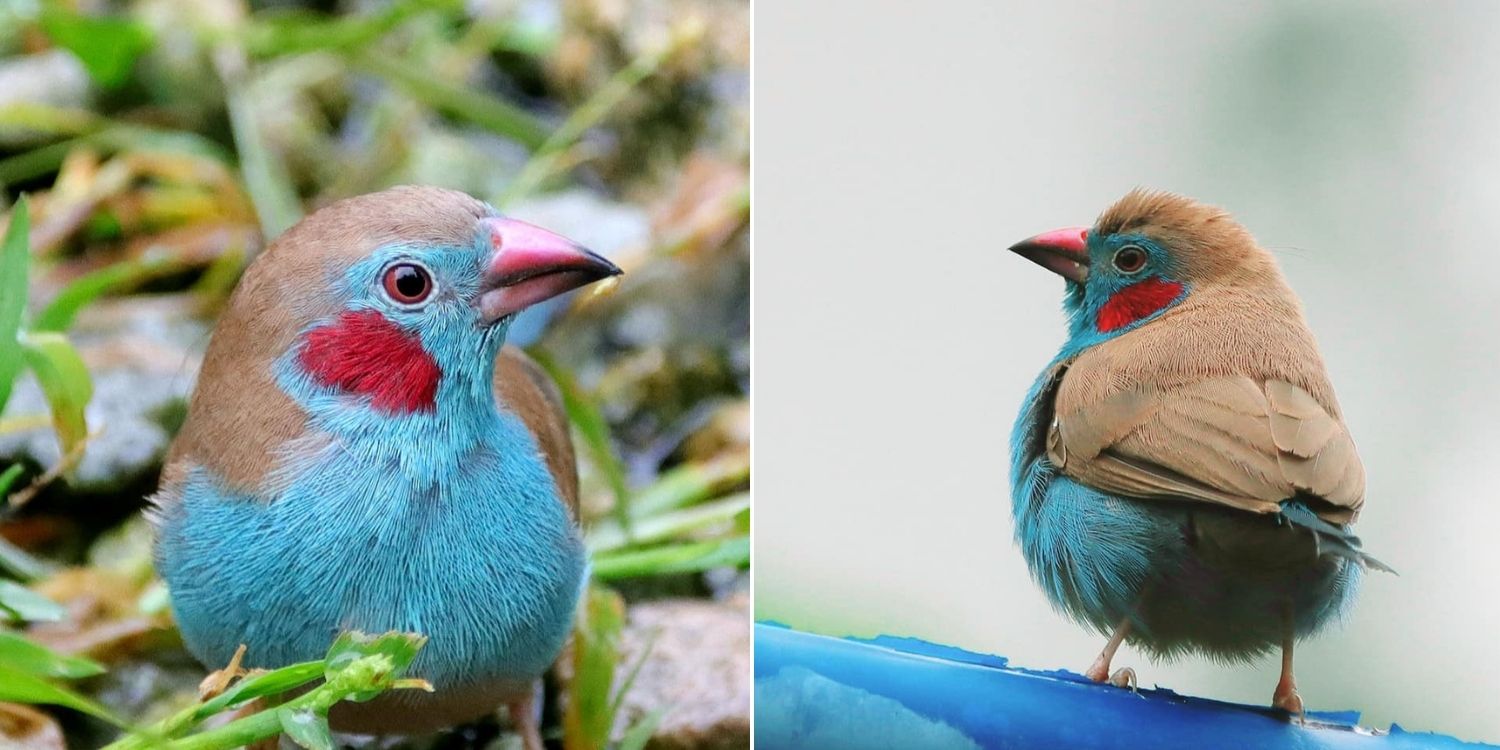 Who says females are the fairer sex?

It’s Monday, and the hustle and bustle of work and errands is back again.

If you live in the vicinity of Punggol Park, though, you might want to wake up early so you can pay a visit to this pretty bird in a striking shade of blue that may chase your Monday blues away. 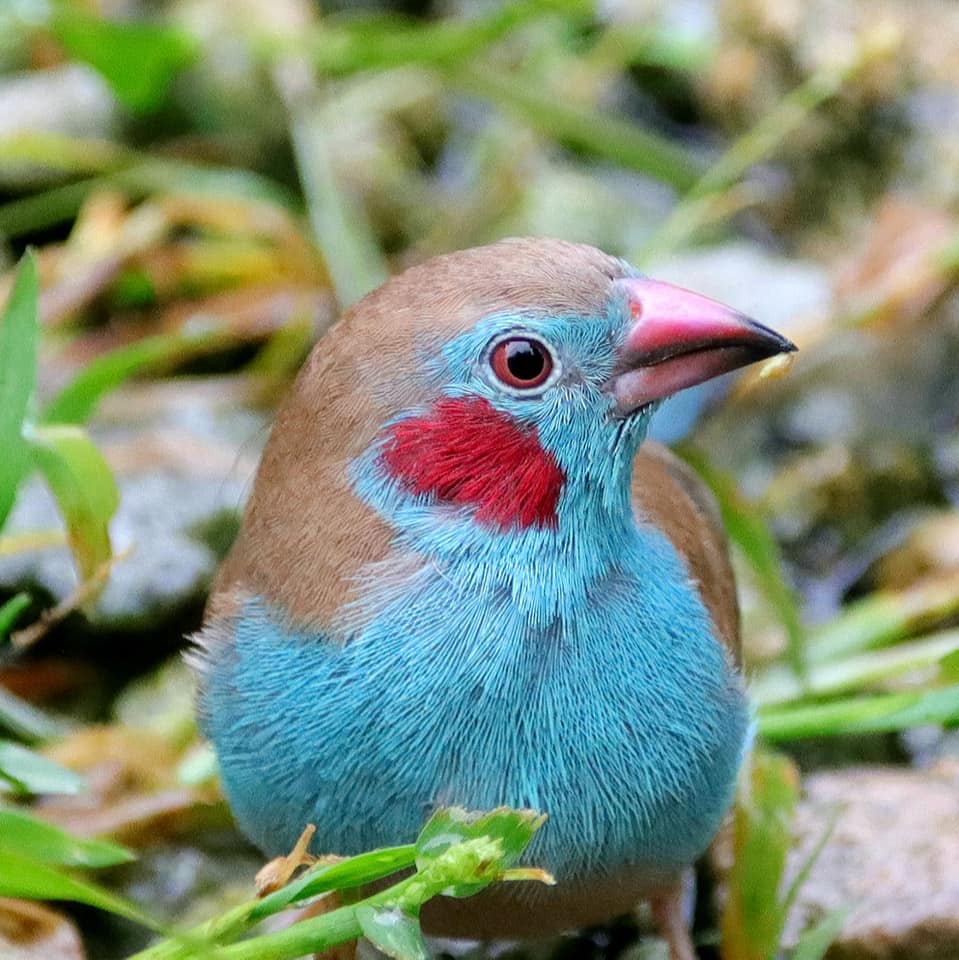 A netizen shared these photos on the Nature Society Singapore’s Facebook page on Saturday (7 Nov).

According to his location tag, they were taken at Punggol Park. He identified the beautiful creature as a male red-cheeked Cordon Bleu Finch.

But be warned, you need to be eagle-eyed to spot the bird. Apparently, he managed to see it only after visiting the park a few times. It was worth it, though. Just gaze at the gorgeous shade of blue that contrasts with its crimson cheeks.

According to the Encyclopedia Britannica, there are 3 species of Cordon Bleu, of which the red-cheeked Cordon Bleu is widespread.

They’re native to Africa, though, so the bird must have flown a long way. The red cheeks belong to the male of the species only, hence it’s easy to identify the bird seen in Punggol Park as male.

Who says females are the fairer sex? 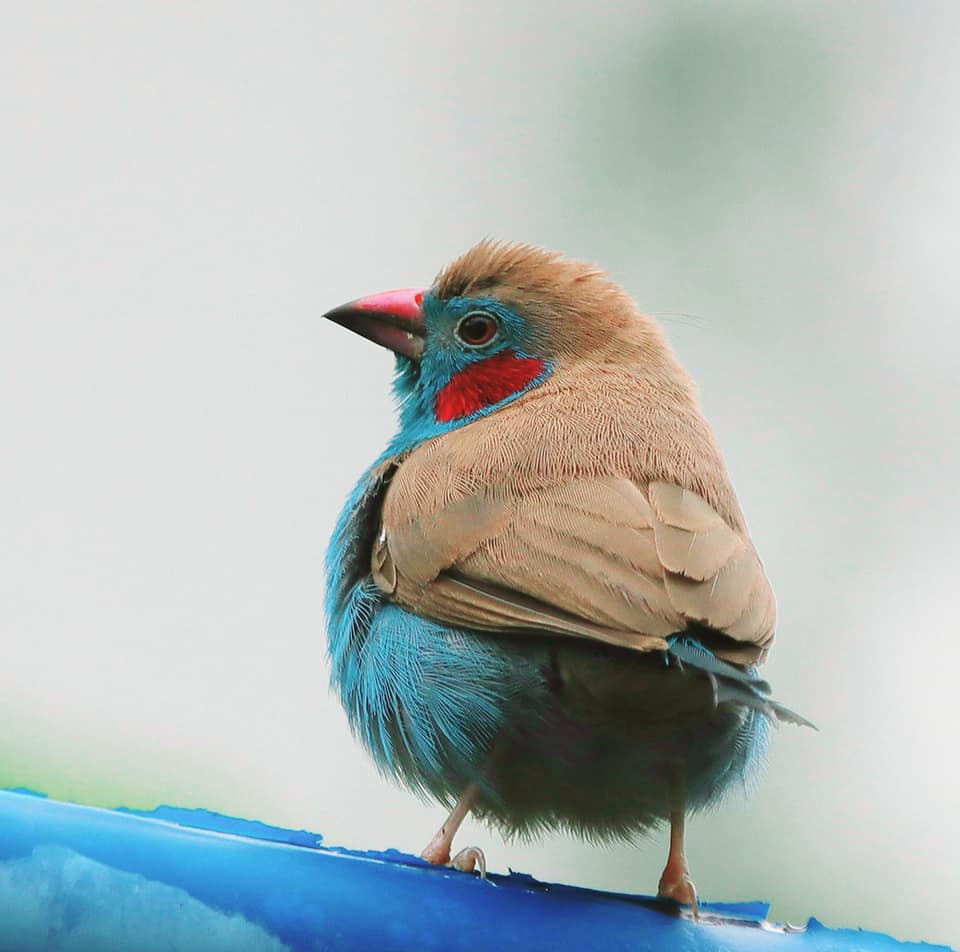 Truly a sight to behold.

However, the red-cheeked Cordon Bleu isn’t the only bird seen in Punggol Park recently.

Another netizen posted last Wednesday (4 Nov) that she saw an orange-cheeked Waxbill in the same park. 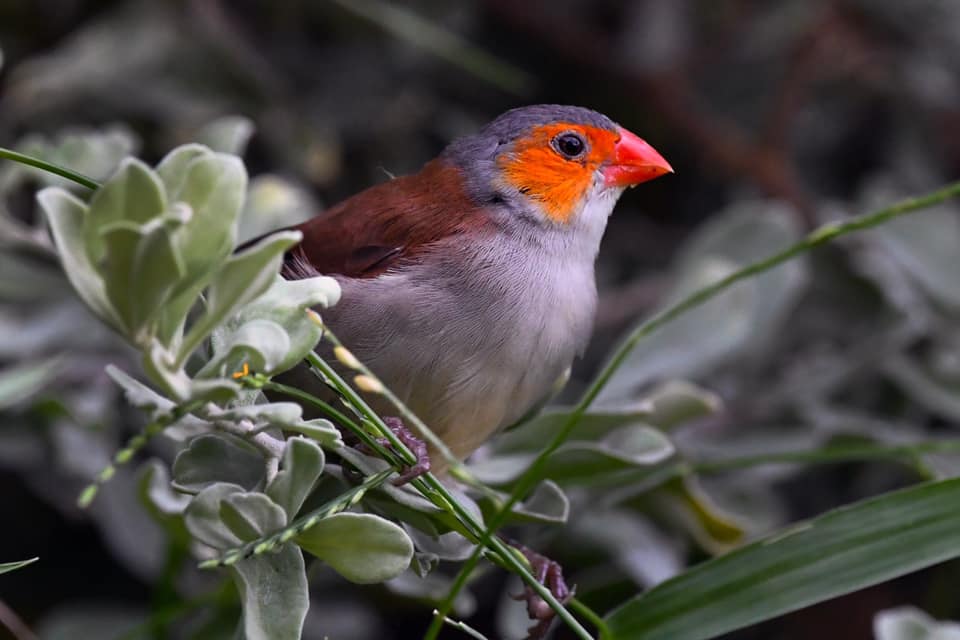 According to her post in the Bird Sightings Facebook group, she saw the feathered friend on 2 Nov.

Birds of a feather stick together

The orange-cheeked Waxbill and red-cheeked Cordon Bleu are always seen together, the netizen said. 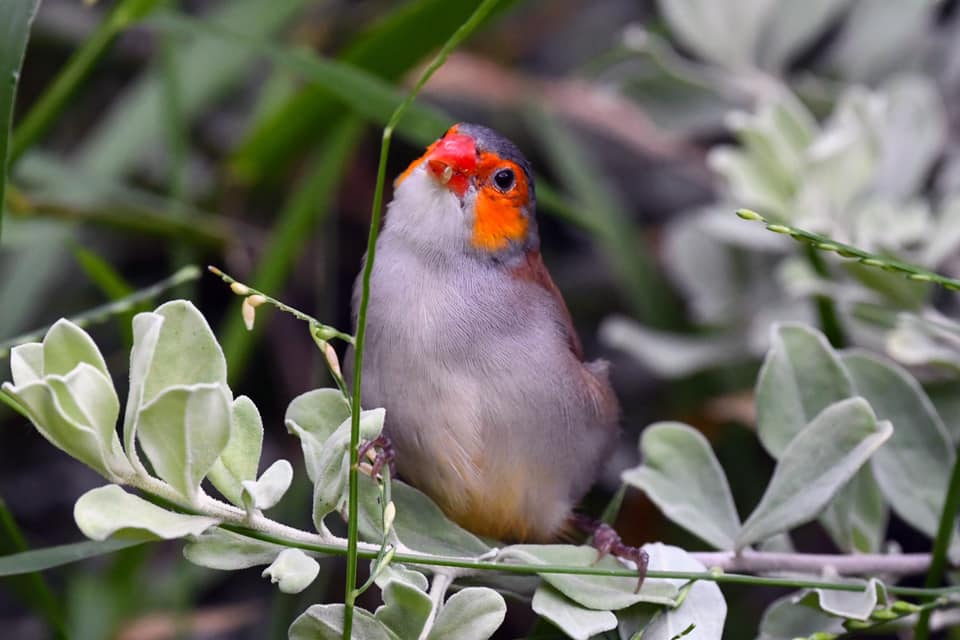 Looks like they’re truly birds of a feather that stick together.

These photos makes us want to go down to Punggol Park on our next free day to look for beautiful birds.

After all, since we can’t travel overseas much for the foreseeable future, we might as well explore Singapore’s nature spaces.

But do be careful when you’re gazing and taking photos of the birds — you don’t want to hurt them or scare them away forever.

In the meantime, check out this video of the red-cheeked Cordon Bleu in action: