HK Actors Bowie Wu & Helena Law Get Together At 90 & 88, Refute Rumours Of Marriage 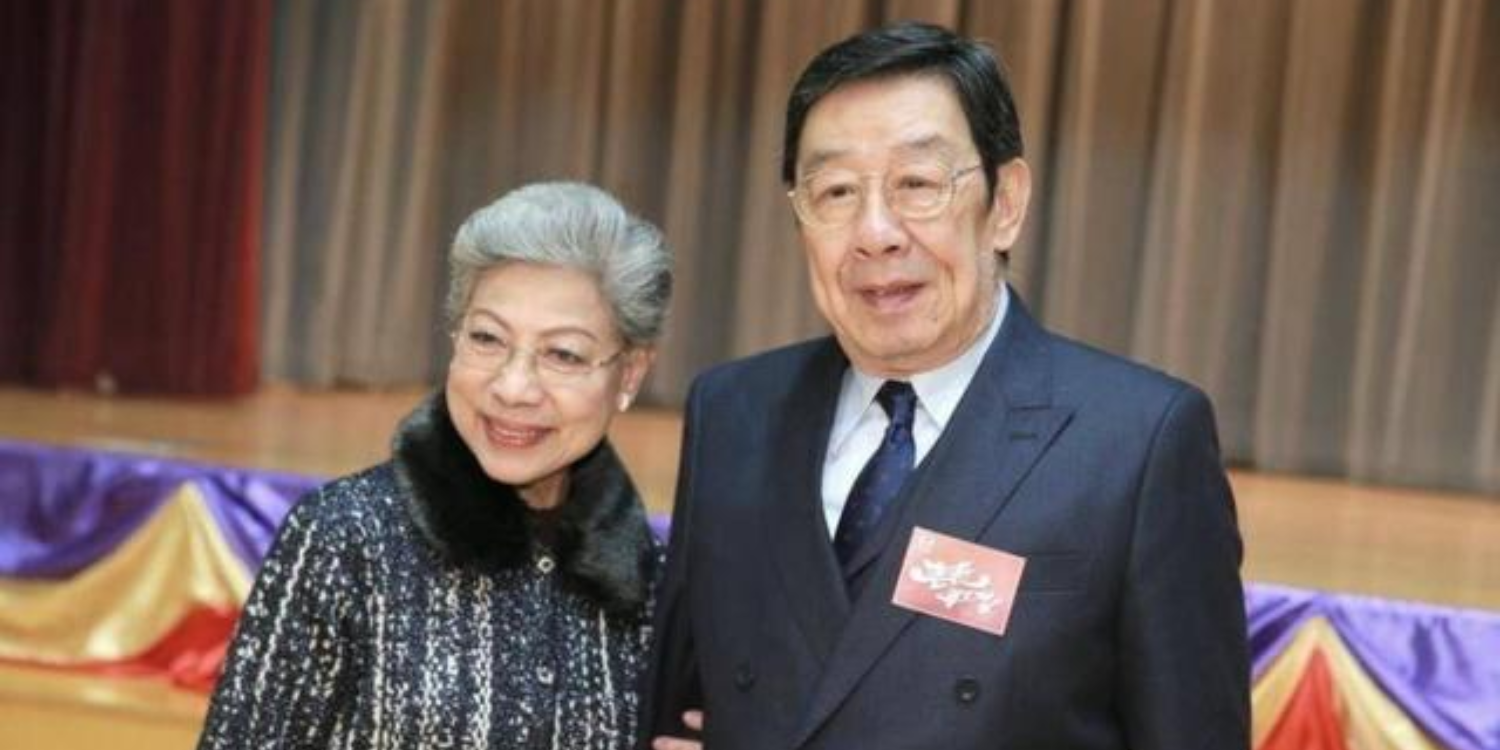 Both the actors laughed about the marriage rumours.

This proved true for Hong Kong actors Bowie Wu and Helena Law Lan, who recently got together at 90 and 88 years old respectively.

However, the latter refuted rumours that he popped the question to her backstage at his concert last Saturday (12 Nov).

According to a Facebook post by Hong Kong media outlet TVB 最新资讯 on 15 Nov, Wu successfully proposed to Law backstage at his concert. 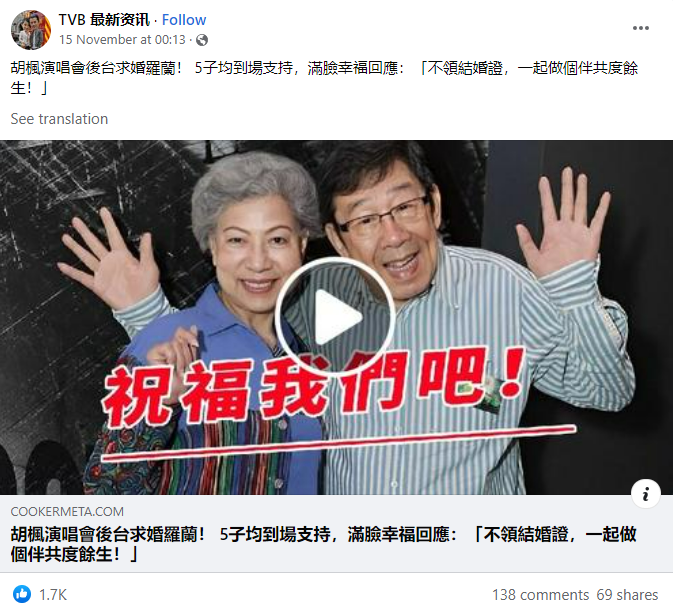 After being said to have accepted the proposal, Law reportedly revealed that she did not want to bother about a wedding ceremony or a registry of marriage at their age.

The post noted that the couple was not planning for a lavish banquet, as they wished to support each other and spend the rest of their lives together.

Wu’s five children also allegedly attended their wedding in a show of support.

According to the site, Law grew close to his inner circle after his wife, Lui Wing Ho, passed away from an illness in 2016.

Couple refutes rumours of their marriage

In an interview with Shin Min Daily News on Monday (21 Nov), both actors countered the rumours of their marriage.

Wu pointed out that he was astonished by the news of his own marriage and how the claims were a “beautiful hoax”.

He said he was speechless when he started receiving well wishes from his friends.

When asked about her “marriage”, Law laughed, asking the reporter, “What do you think? Of course, it’s false!”

She did not seem to take offence, as she regarded the rumours as a joke.

Law remarked that she had known Wu for over 50 years and even became good friends with his girlfriend, who later became his wife.

She further revealed that they worked together for several TV series and movies over the years.

Thus, they eventually became good friends and colleagues, she stated.