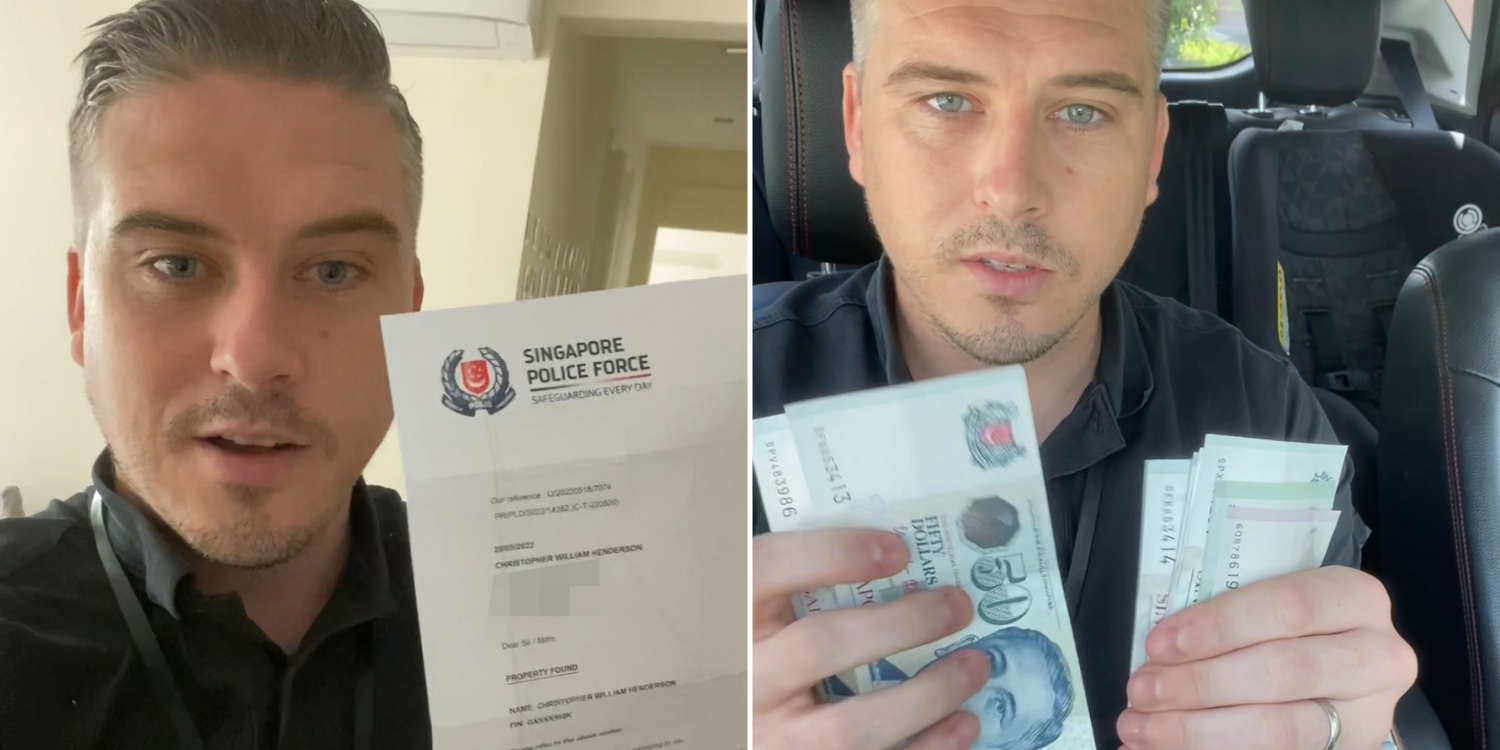 Singapore has a reputation for many things. For instance, being a garden city, a fine city, and home to the best airport in the world. It is also supposedly known for having “honest people”, as one British TikToker described.

He got to put that claim to the test when he recently reported his lost wallet to the police.

After 10 days, the Brit was finally reunited with his wallet — and with all his cash intact.

He praised Singaporeans for staying true to their good name and for not stealing his money, which he said he really needs.

Brit shares that there was S$500 in lost wallet

On Thursday (26 May), TikTok user Chris Henderson shared a video recalling his experience of losing his wallet in Singapore.

Chris, who lost his wallet on 16 May, had just received a letter from the Singapore Police Force (SPF) informing him that his wallet had been found. Before heading down to collect the wallet, Chris shared that there was S$500 cash inside before he lost it.

He went on to say that it was not usual for him to carry so much cash, but he was hopeful that he would get it all back.

For further context, he shared that he is expecting a baby in September, so the S$500 would be really useful.

He crossed his fingers, saying that he hoped the honesty of Singaporeans he’d heard so much about would come through in this instance.

The video then cut to Chris sitting in a car after paying a visit to the police station.

He then took out a black wallet and opened it to reveal a thick wad of cash. As he flipped through the notes, he said all S$460 was there.

In disbelief, he thanked the person for handing in his wallet with the money intact and wished for good karma to come their way.

He then praised those in Singapore for being on the “same wavelength” and not harbouring criminal intent.

So thank you very much, God bless you and your family, whether you’re Indian, Bangladeshi, Singaporean, or from the UK.

Counting his lucky stars, Chris said that the whole incident is a lesson for him to be more responsible with his items.

What goes around, comes around

While cynics can say that Chris was just a lucky exception, there has been evidence that shows otherwise.

There have been many other cases in which a Good Samaritan in Singapore returned lost belongings to the owner.

Perhaps the pandemic has taught many of us the value of money and inspired us to help those in need — potentially a silver lining from the past two difficult years.

May this story serve as a reminder and encouragement to perform a good deed today. As the saying goes, what goes around comes around.