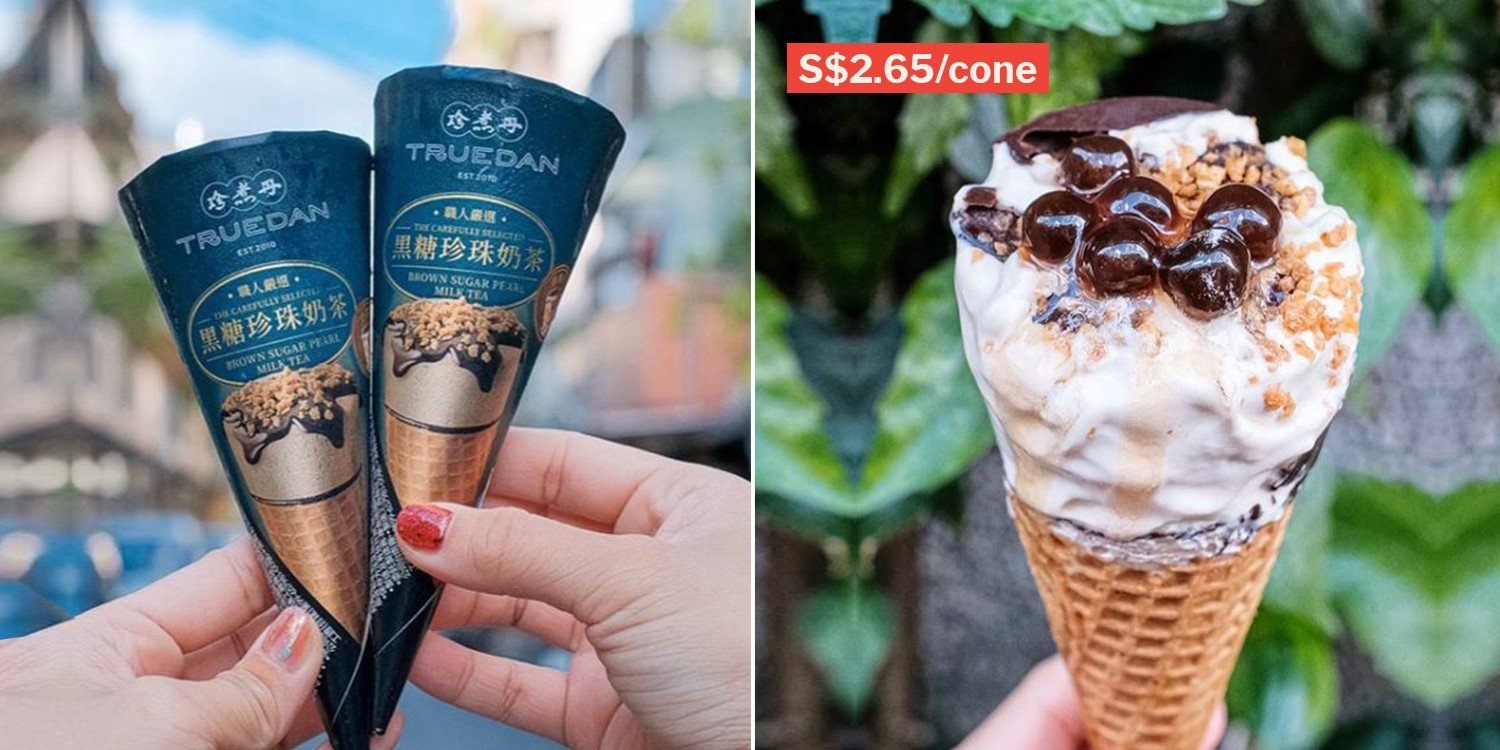 There’s nothing quite like the comforting texture of chewy, caramelly brown sugar pearls. Now, pair that with the cool creaminess of milk ice cream, and you’ve basically described heaven in a crunchy cone.

Thankfully for us, Brown Sugar Boba Cones are now a thing in all FamilyMart outlets in Taiwan. 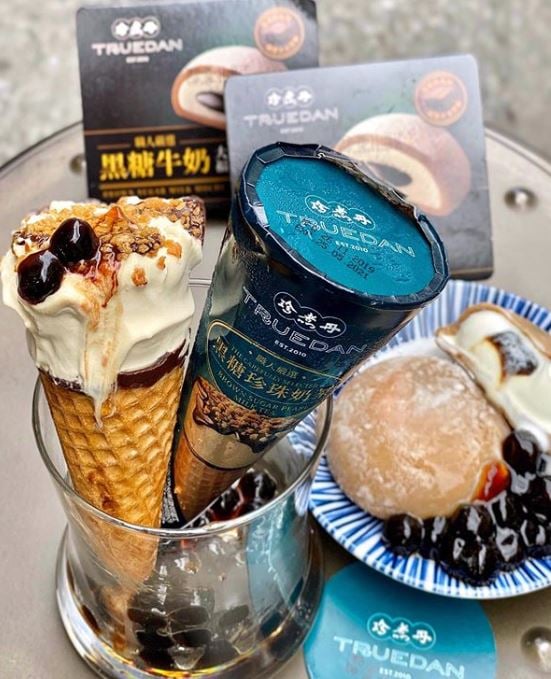 If you have room to spare for dessert, TRUEDAN’s Brown Sugar Boba Mochi looks equally delectable. Here’s how to score a few to try in Taiwan. 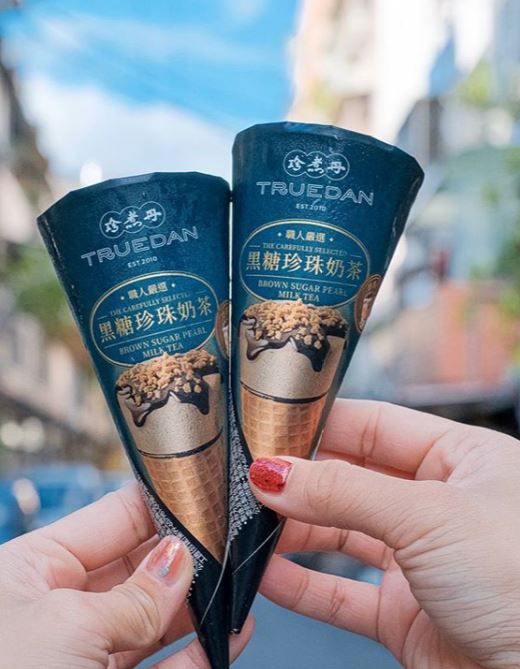 For just S$2.64 (NT$59), you’ll get to unwrap a fully loaded dessert cone to reveal this — a crunchy dark chocolate outer-casing, crushed flakes and ample amounts of syrupy boba. 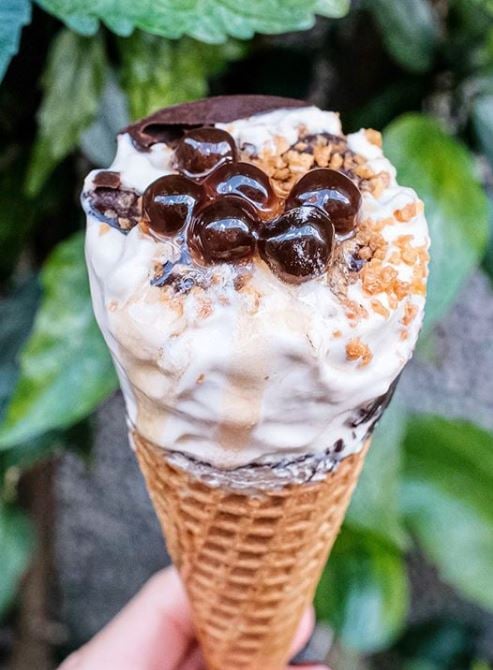 We think it looks like a magnificent crown for any cone. But now, let’s take a closer look at TRUEDAN’s other release as well.

Don’t forget to look for Brown Sugar Boba Mochi on the shelves too, retailing for just S$2.01 (NT$45). 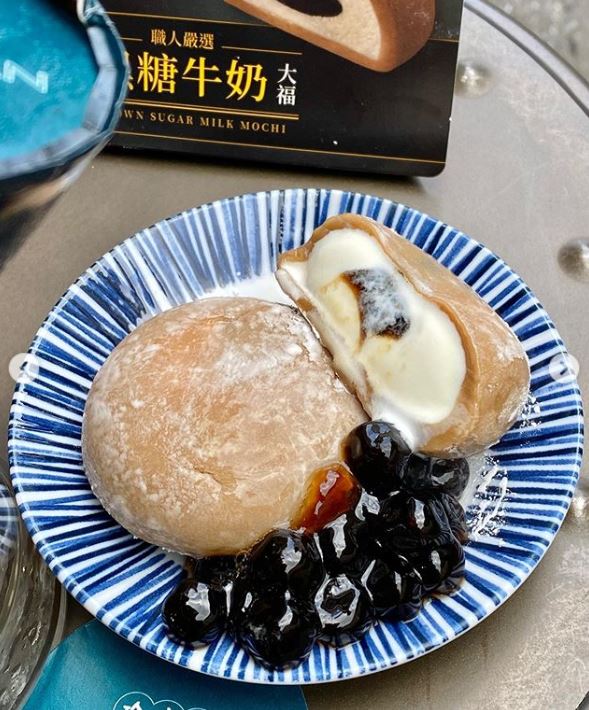 Selling out fast in all FamilyMart outlets in Taiwan

The desserts have gotten such rave reviews that fans have reportedly rushed to their nearest FamilyMart outlets in Taiwan, only to find that they’ve run out of stock. 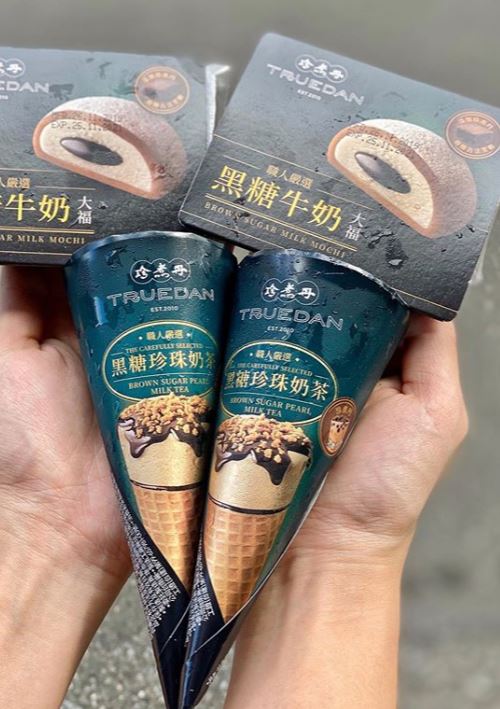 We’ve embedded the map of a central outlet in a cluster of units in Taipei’s city centre.

If you do plan on heading down, every outlet is open 24/7 and you can locate the nearest one along your itinerary’s route with a quick search on Google Maps.

Currently, these boba ice cream cones & mochi are only available in Taiwan.

We’ve reached out to sellers of the viral brown sugar boba ice cream in Singapore to see if they’ll be importing this to our shores. 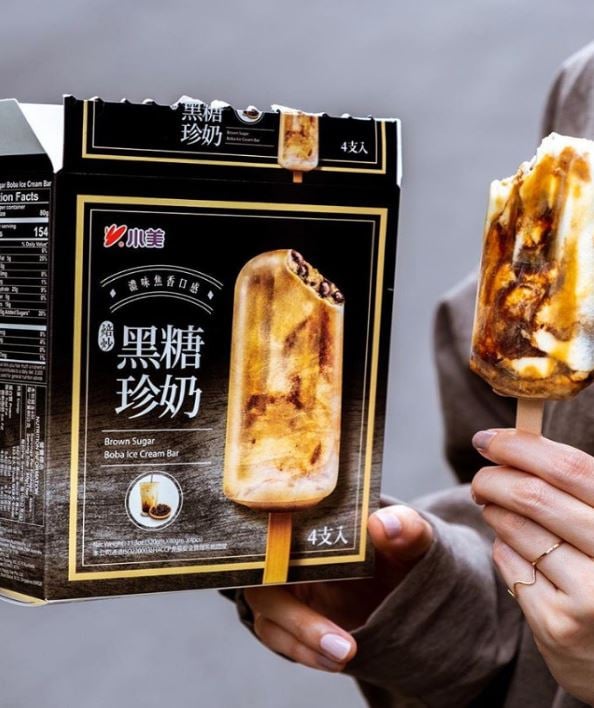 Best to bookmark this for your next Taiwan trip, so you can make the ultimate bubble tea pilgrimage. And if you chance upon a 7-Eleven outlet on your travels, head in to pit Tiger Sugar’s boba ice cream against this cone.

We’d love to hear which boba ice cream you think looks better in the comments below.