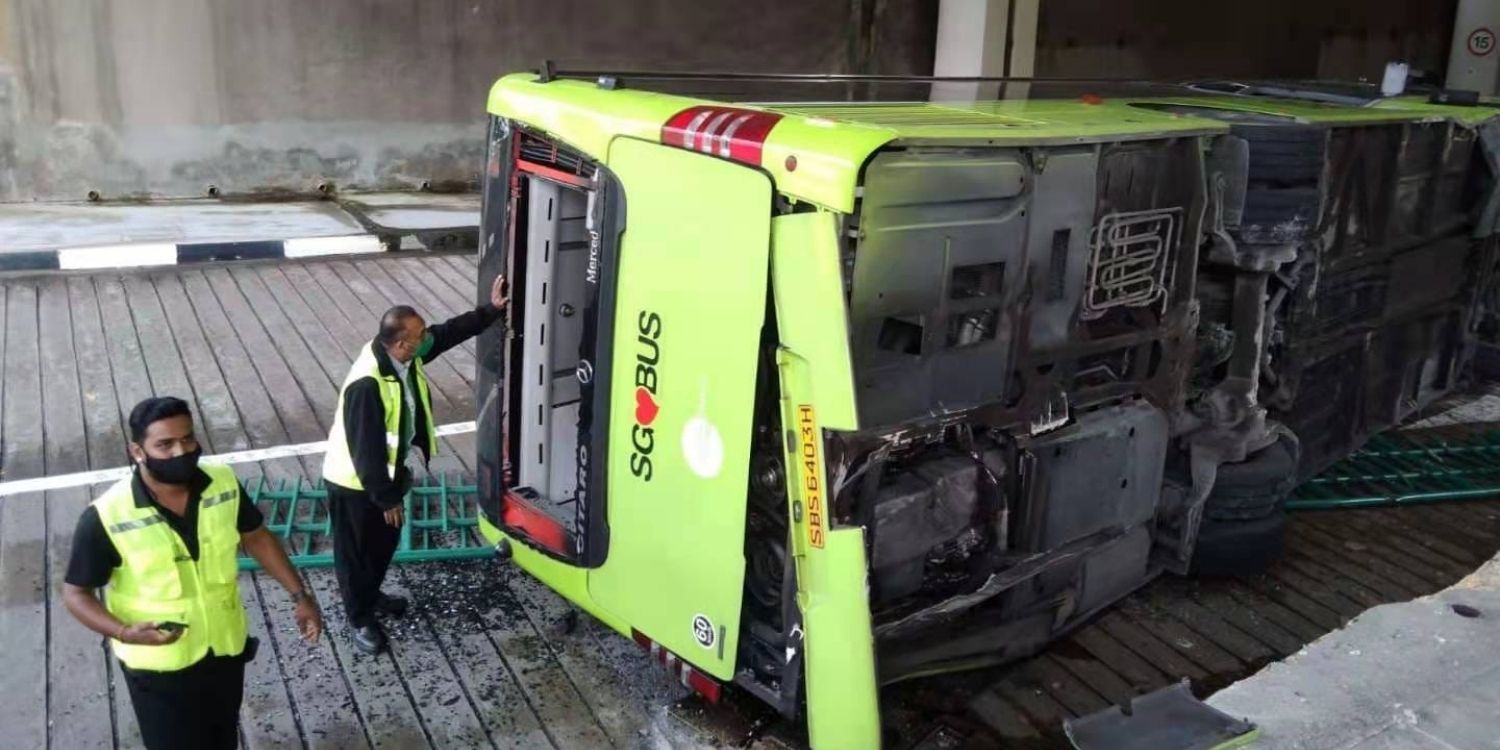 In the aftermath of the shocking accident at Bukit Batok Bus Interchange on Sunday (11 Jul), Singaporeans might be wondering if anybody will be held accountable.

After all, the incident caused 14 people to be sent to hospital, 4 of whom are still warded.

It seems that investigations are now in full swing, as the police have arrested a bus captain over the crash.

He’s suspected of a rash act causing grievous hurt, SPF added, without elaborating on his identity. 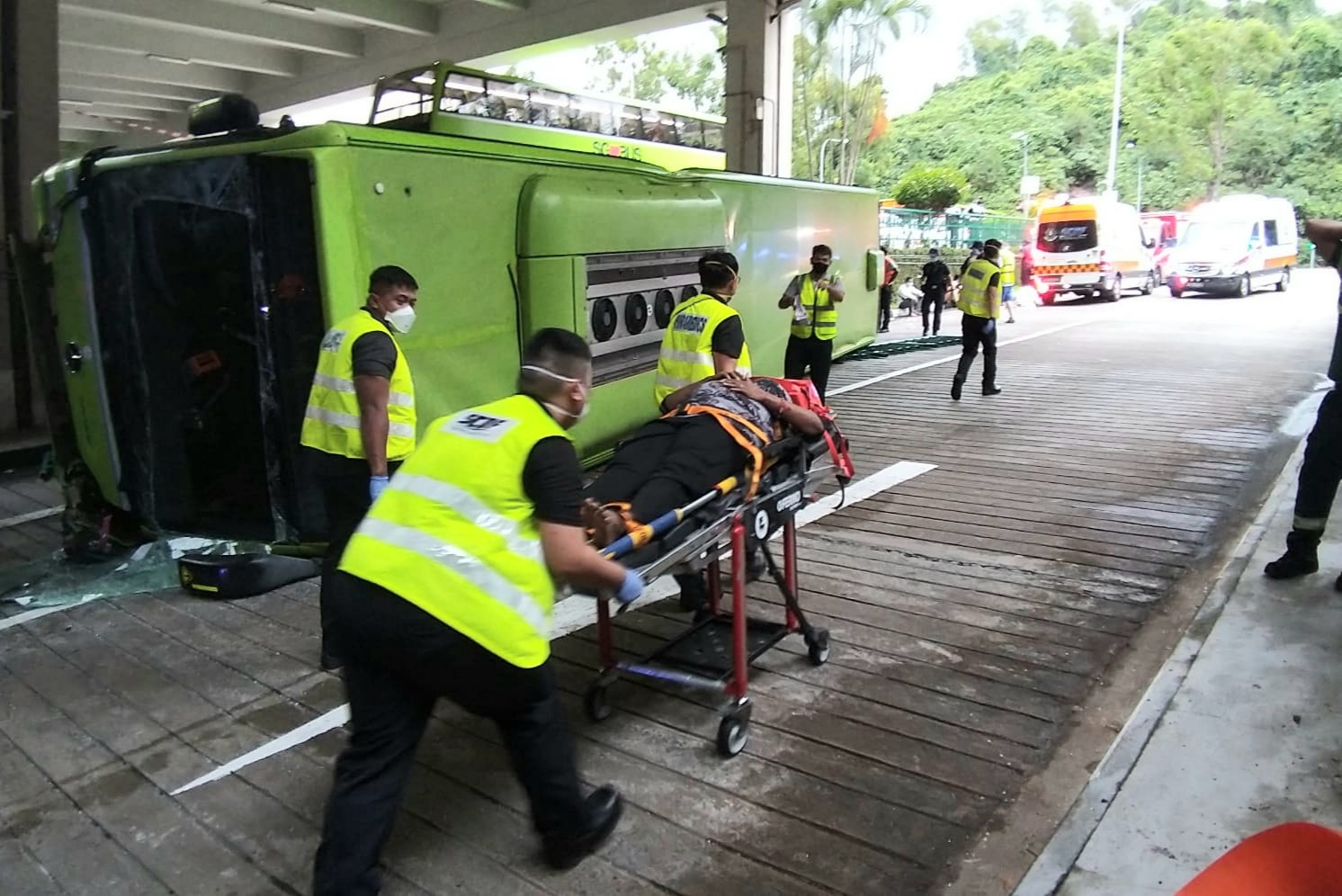 SPF is currently investigating the incident.

In a Facebook post on Sunday (11 Jul) night, Tower Transit Singapore (TTS) said it suspended 1 of their bus captains following the crash.

The other bus (right) involved in the accident, which didn’t have passengers.
Source

It’s likely that the bus captain who was arrested is the same one who was suspended by TTS.

In another Facebook update on Monday (12 Jul), TTS furnished more details on the casualties.

While 14 people were taken to hospital after the incident, most of them have since been discharged.

However 4 people remain in hospital. 2 of those still warded are passengers, while the other 2 are bus captains.

The TTS bus captain in hospital was driving the bus that tumbled over.

The SBS bus captain, however, happened to be standing on a pavement in the interchange when the TTS bus crashed into him and the railing.

He then landed heavily on his head and neck after the 2m fall.

In a narrow escape, he would have been crushed by the falling bus had it not tipped over on its side.

However, the bus’ strong impact upon landing hit the fallen railing, which appeared to strike the driver on his head.

TTS said due to this accident, they’ve issued safety reminders to all their staff. 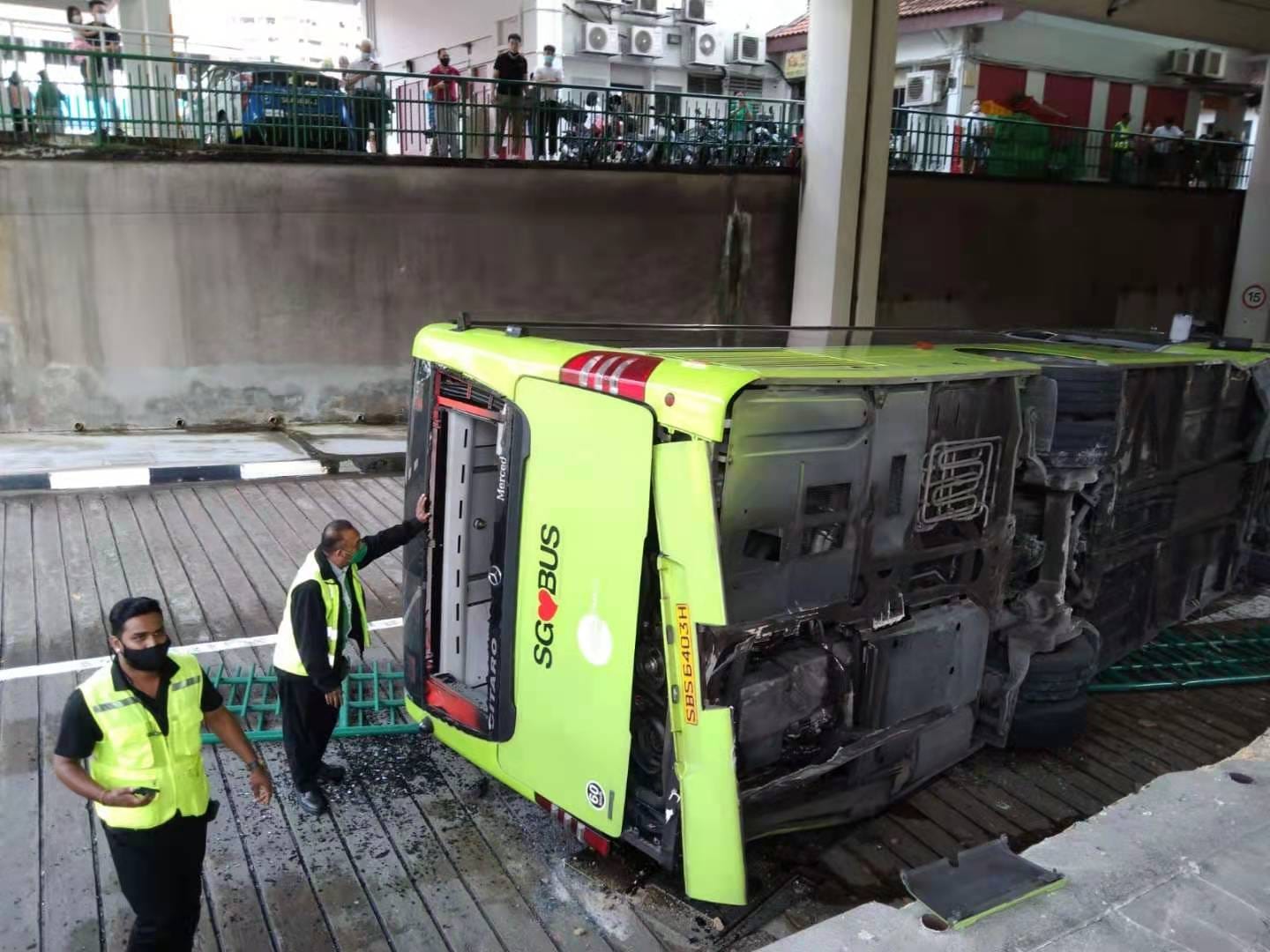 The company apologised once again, and invited those involved or inconvenienced by the accident to contact them.

They can call them at 1800 248 0950, email feedback@towertransit.sg or visit their passenger service offices at Jurong East or Bukit Batok bus interchanges. 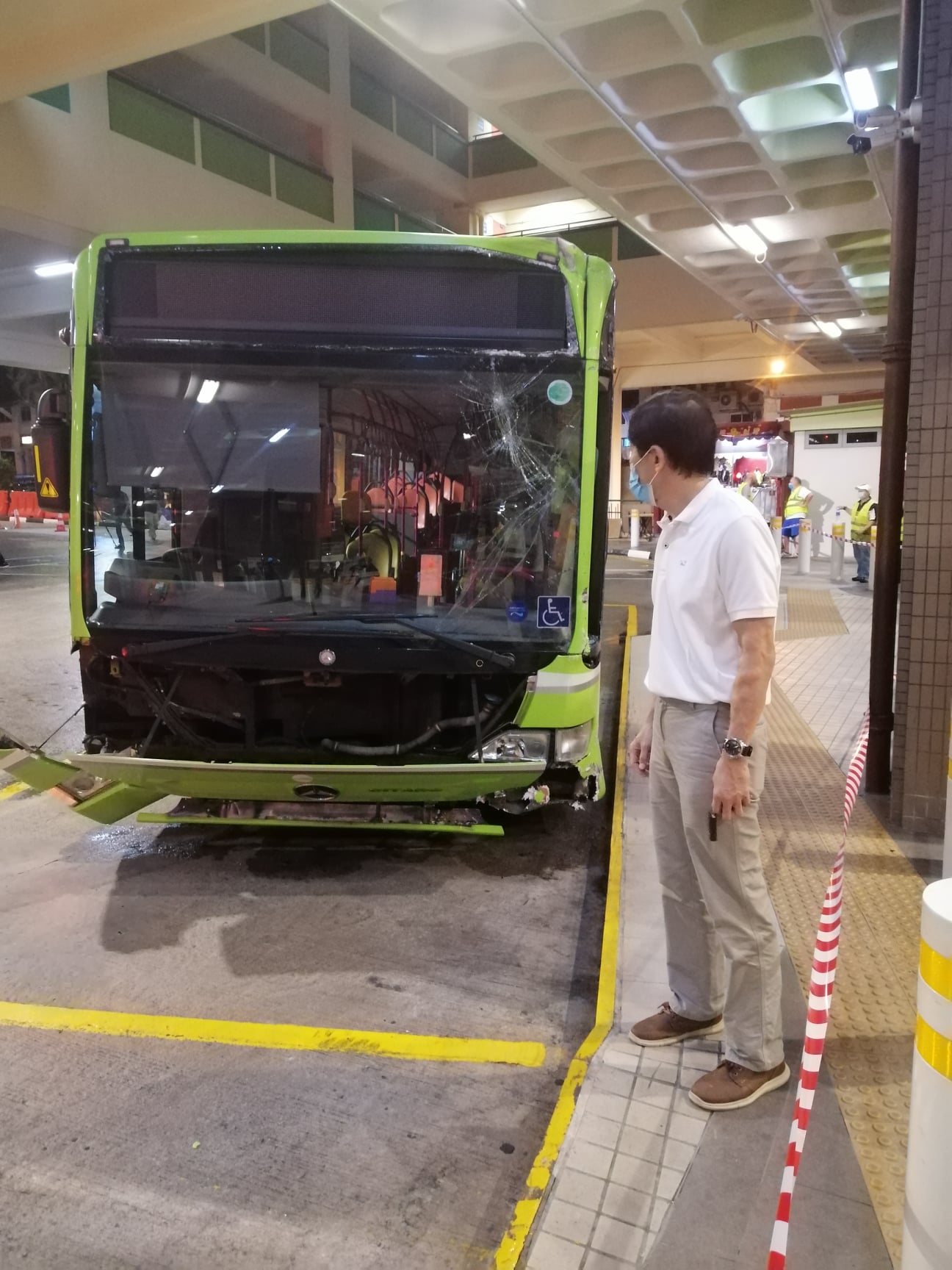 Rushing over after he closed up his café, Dr Chee managed to see 1 wrecked bus and wished the injured a speedy recovery.

He also would like to see a report on how the accident happened, and how such incidents can be avoided in future.

There, he said he met TTS chief executive Winston Toh and officers from the Land Transport Authority (LTA). They discussed safety measures and residents’ concerns. 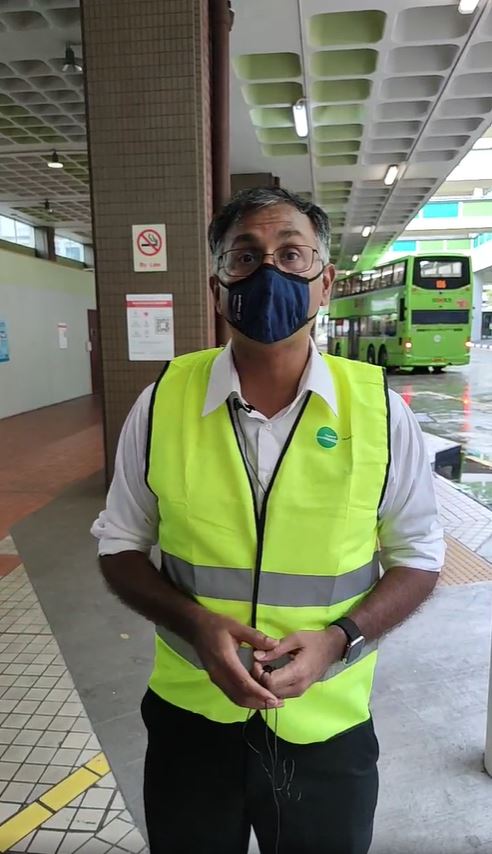 He added that besides the SPF investigation, LTA would be conducting a review. Details will be revealed later.

Mr Murali was also glad to know that the majority of injured passengers had been discharged from hospital, and urged those affected to contact TTS if they haven’t done so yet.

While 1 bus captain has been arrested, let’s not cast judgement on his actions until the incident is thoroughly investigated.

What’s more important is to ensure such a serious crash won’t happen again.