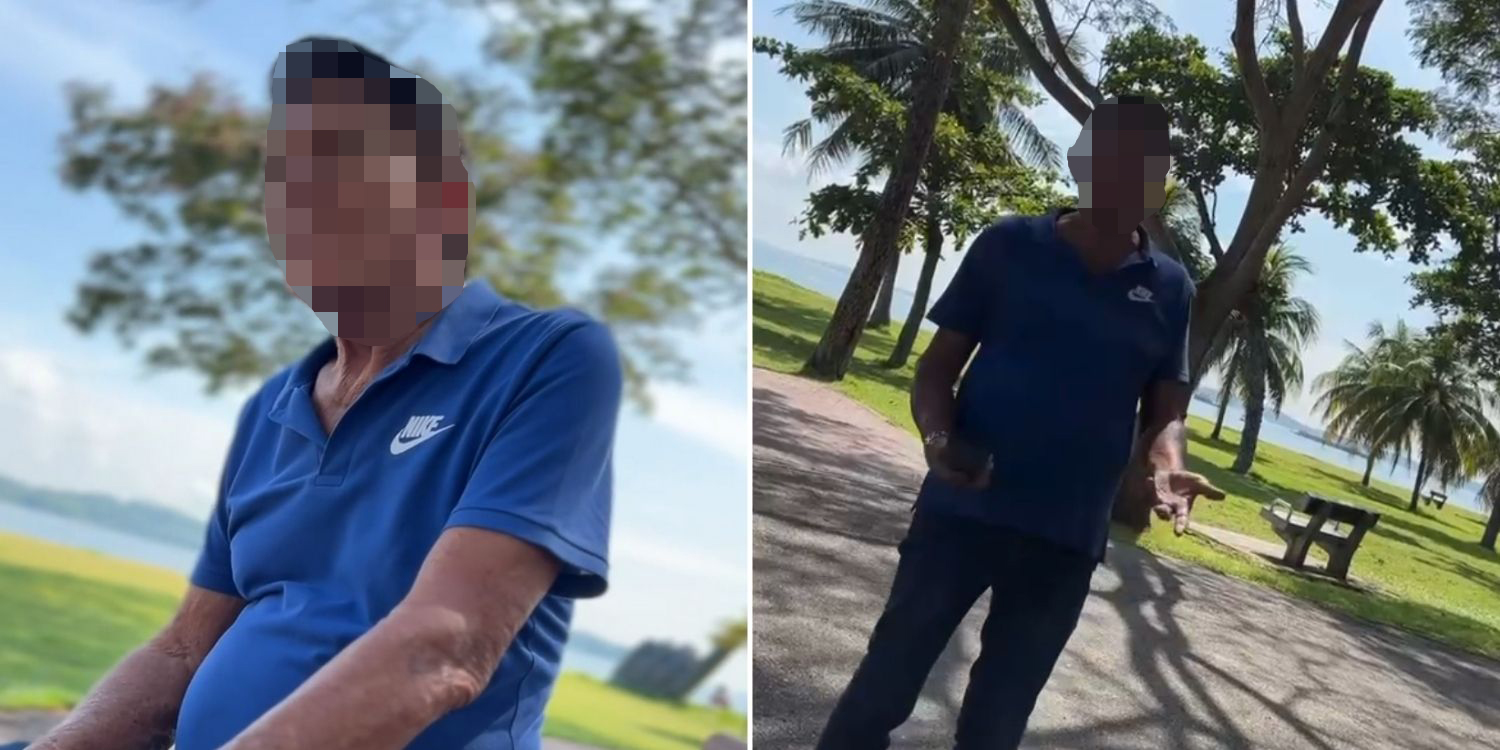 Not what you'd expect while walking along the beach.

Changi Beach is known for its scenic views and even more scenic routes. What it’s not known for, however, are odd encounters in broad daylight.

A beachgoer, however, became the subject of one such encounter when he was strolling at the park on Tuesday (24 May) morning.

In a Facebook post, the beachgoer described his encounter and claimd that a man tried following him into the toilet on multiple occasions. 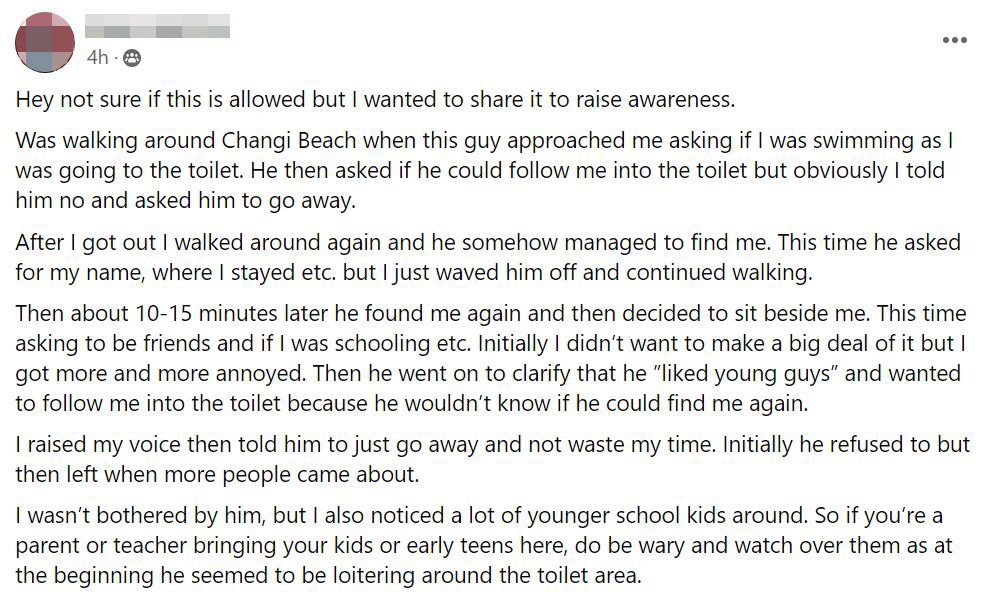 Fed up with the advances, the beachgoer confronted the man and found out that the man “liked young guys”.

After making a scene and causing passers-by to congregate, the man eventually left the beachgoer alone.

He is now advocating for the safety of all beachgoers in case they become the next victim of his questions.

According to the beachgoer’s post on the Singapore Hikers Facebook page, the OP was walking around Changi Beach when a man in blue approached him with a few questions.

He also attached two separate videos of the man in question and their exchange.

In one of the videos, the man repeatedly refuted the beachgoer’s claims of wanting to tag along when he entered the toilet.

Probably a product of the confusion, the beachgoer can be heard repeating “that’s weird” after every other sentence.

The beachgoer ends the post by clarifying that he wrote the post as a warning for other beachgoers, especially younger ones, as he noticed kids or teens in the area of the accident.

In another video, the beachgoer continued asking the man why he’d want to follow him into the toilet.

The man breaks from his usual answers and shares that since the beachgoer is a “nice and handsome” boy, he wanted to be “friends”.

The beachgoer then gets straight to the point and asks if the man waits around the toilet to follow guys into the toilet, to which the man replied “Don’t be silly. I never do that.”

The video ends as they part ways.

Although he wasn’t bothered by the questions, the beachgoer hopes to warn younger folks of such possible encounters if they’re at Changi Beach.

Hope beachgoers will be wary of such encounters

While cannot ascertain the man’s intentions, his advances certainly raise a few eyebrows.

That said, it’s perhaps that this incident came to light so parents or young beachgoers are wary of such encounters.